Four Deep Ellum Businesses Broken Into In Past Week. 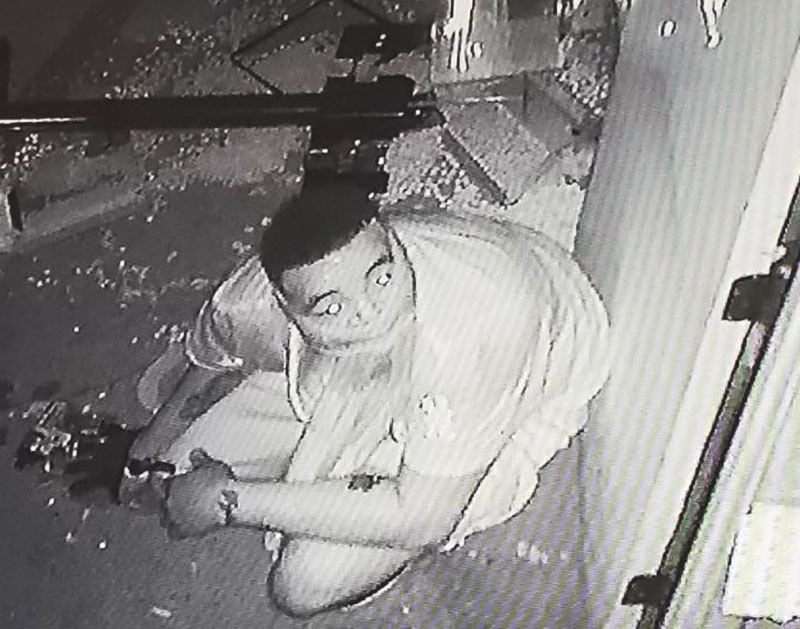 This story has been updated to include a statement from the Dallas Police Department.

An unknown suspect entered The Free Man — the Cajun restaurant, bar and live music venue located on Commerce Street in Deep Ellum — on Wednesday morning, walked right into the spot’s unlocked office and stole at least $750 from an unlocked safe.

It’s not the first time John Jay Myers’ business has been targeted by thieves in recent months, and he’s understandably s pretty fed up with things at this point. Cops didn’t catch the earlier attempted burglars, and Myers doesn’t have any faith that police will catch this most recent suspect anytime soon.

“It’s getting to the point where I’m going to sit in the office with a gun and shoot anyone who tries to do something,” Myers says, laughing.

Myers is hardly the only Deep Ellum business owner frustrated by recent criminal activity in the neighborhood of late. Central Track can confirm that at least three other businesses in addition to The Free Man were also robbed in the past week alone: On Elm Street, Fuzzy’s Taco Shop and Bucky Moonshine’s were also broken into in early morning hours of Wednesday; and in the early morning hours of Sunday, July 9, Dot’s Hop House & Cocktail Courtyard was similarly broken into.

Ivan Pugh, owner of Bucky Moonshine’s, posted news of the break-in at his business to the Deep Ellum Community Watch group on Facebook.

In a later post, Pugh shared images of the suspects that his security cameras caught — images that he believed further confirmed that his business’ break-in was connected to the Fuzzy’s one. Dallas Police have not yet confirmed any connection between the break-ins — they’ve also yet made any arrests — but all four of these break-ins do share a similar trait in that they all took place in the morning hours.

“We are aware of the rash of burglaries in the Deep Ellum business area within the last few weeks,” DPD deputy chief Lonzo Anderson tells Central Track in a prepared statement. “At this time, we have not positively identified the suspects or can say one hundred percent it is the same suspects due to their concealment during the offenses. We are diligently researching and following all leads regarding the burglaries and are confident we will have a break in the case in the near future.”

Jessica Burnham, executive director of the Deep Ellum Foundation, a nonprofit group that aims to “enhance, improve and market the neighborhood,” similarly adds that it’s not easy to point to just one factor like time of day or security presence.

“Unfortunately, there ends up being these repeats trends,” she says. “A similar thing happened last year. Just because an officer will be there, doesn’t mean there won’t be crime.”

In recent months, the Deep Ellum foundation has teamed up with area businesses to hire off-duty police officers to bring added security to Deep Ellum on Monday through Sunday from 11 pm. to 2 a.m. Off-duty officers are also hired to patrol the area during the neighborhood’s busiest days and times, on Friday and Saturday nights from 9 p.m. to 3 a.m.

But, for Myers, the lack of police presence at other times of the day adds to his frustration.

“I know that [the added police presence] is working at night, but maybe not so much other times,” Myers says. “The guy who stole from us, he didn’t looks like a bum. He looked like a regular guy, looked like everyone else in normal clothes.”

Myers says he’s just glad the employee who was at The Free Man at the time of this most recent theft wasn’t hurt.

“It’s getting bad for businesses maybe,” Myers says. “I don’t think people should have to fear being in Deep Ellum as long as you act safely. But if you’re a target and have a safe, obviously it’s necessary to act with precaution.”