The Blind Butcher Is Closing For Good This Weekend. 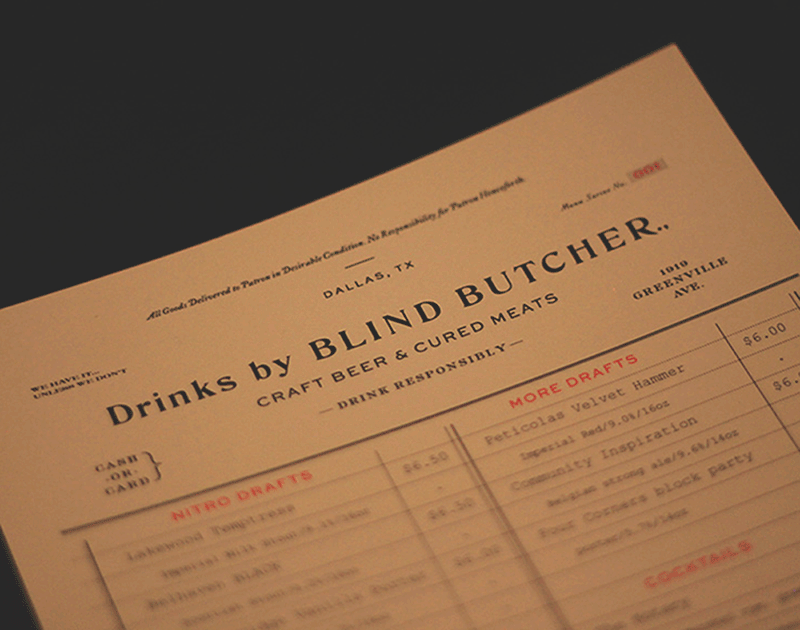 After Staving Off This Moment For Half A Year, The Lower Greenville Bar And Restaurant’s Last Day In Business Will Come On Sunday, June 10.

Back in January, you may recall, the team behind Lower Greenville bar and restaurant The Blind Butcher — in a bit of a surprise move — announced that, not only was it trimming down its staff some in an effort to keep its door open, but that it would need the patronage of people who claim to support independent businesses like theirs if their gambit was to prove successful.

Beyond inspiring other small business owners around the region to be just as transparent about their own struggles, the move worked. Well, for six months, anyway.

Today, co-owners Matt Tobin and Josh Yingling, on behalf of the rest of the team behind The Blind Butcher, posted an update to Facebook announcing that that they’d extended their run as long as they could and that their final day in operation will come on Sunday, June 10. Their statement, in full, reads as follows:

It is with a heavy heart that we announce our last day of business will be on Sunday June 10. This is a day that we tried very hard to avoid and we want to thank all of you that helped us stick around this long. Our staff have been steadfast in their support and have been as great as any business owner could have hoped. To our loyal customers over the years we say thank you. Thank you for making us a part of your lives and thank you for all of the kind words and patronage that you have extended to us over the last 6 months especially.

For those of you that love our sausages and a few other things… look for those coming soon to a Goodfriend Package Store near you.

The closure marks the end of a four-and-a-half-year run on Lower Greenville for the team that also manages Goodfriend Beer Garden & Burger House and Goodfriend Package near the East Dallas neighborhood of Casa Linda.

When The Blind Butcher opened its doors in January 2014, its arrival was hotly anticipated. And, many thanks to its delicious sausage and poutine offerings, the restaurant went on to earn plenty of critical acclaim early on in its run.

Now, with the news of its closure, it will be just the second in an especially impressive class of bars arriving on the scene in 2014 to shutter its operations. As noted in its announcement from earlier this year, competition from new restaurants and struggles with the changing Lower Greenville landscape proved too big a hurdle for the spot to continuously clear.

Still, we can all expect The Blind Butcher to be busy during its upcoming final five days in operation before it says its last goodbyes to Lower Greenville on Sunday night.