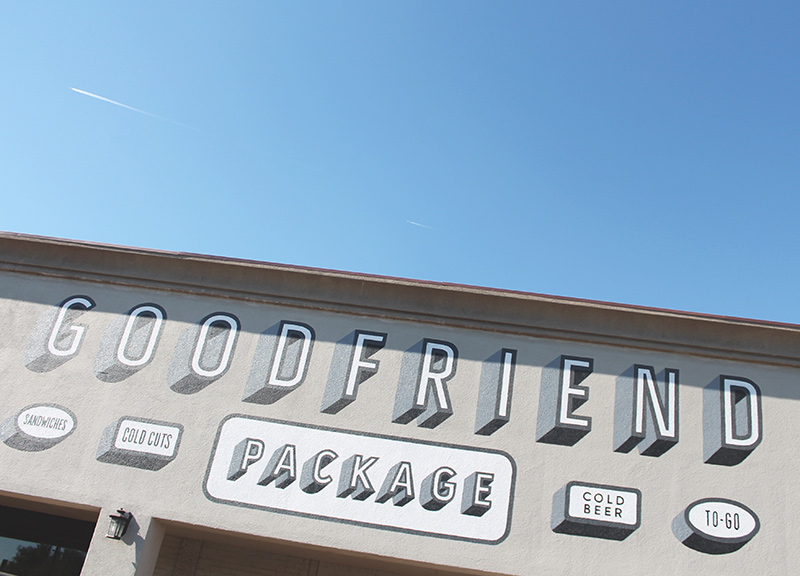 After Years Of Promises, The Goodfriend Package Store Is Finally Officially Open In Casa Linda.

It’s still very much a work in progress, but after years of promising its arrival, the Goodfriend Package Store finally officially opened its doors at 1155 Peavy Road for business this morning.

From the minds of the team behind the across-the-street Goodfriend Burger & Beer House and also Lower Greenville’s Blind Butcher, the store is a mishmash of a few ideas: Primarily, it’s an on-the-go sandwich shop, with all orders served in to-go packaging, although the 44 Build-led design of the space accommodates some 40 diners at tables placed around it for dining-in purposes; secondly, it’s a wine and craft beer shop, although the building’s liquor license prohibits customers from drinking those offerings on-site; thirdly, it’s also even a bit of a record store, with a small stand in the back left corner boasting vinyl albums provided by the team at Good Records.

Other elements are still to come. Toward the front of the building, there’s a bar that sure seems ready-made for a coffee stand, but co-owner Matt Tobin says he’s staying mum on what exactly is in store for this part of the space until later this week. (See update at the bottom of this for some exciting news!) At this very moment, the wine offerings still need to be stocked, too. Same goes for about half of the beer cases, which co-owner Josh Yingling says will soon include a Texas section, two doors of rotating seasonal offerings, a section for bombers and a selection primed for make-your-own-six-pack offerings.

The food, though? While breakfast was skipped today, pistons are already mostly firing full bore on this front, with the Blind Butcher’s Oliver Sitrin, The Sausage King of Lower Greenville® and a partner here, helming that action. Staffed by members from the Goodfriend and Blind Butcher teams alike, the package store’s kitchen will offers two menu morning: “Breakfast’, which runs till 11 each morning, features a variety of breakfast sandwiches and egg-centric offerings; “Not Breakfast” includes more-traditional deli fare such as a reuben and a pastrami on rye. All meats are prepped off-site at the ownership group’s nearby “Meat Garage” commissary located near The Goat. Sides include a pesto pasta salad, tomato soup and cole slaw.

Already, the to-die-for reuben — what with its melted Swiss cheese, marbled rye and substantial corned beef portions — seems a contender for tops in town based on today’s fatty and flavorful offerings. The pasta salad, meanwhile, was similarly rich in savory flavors. It was unquestionably delicious, if also little pricey; combined, those two dishes ran about $18 — not a cheap lunch by any standard. The portions, however, were rather hefty, and the flavor-punch of the corned beef in particular far outlasted any buyer’s remorse. Those looking for cheaper options would do well to consider the $5.50 grilled cheese or $4 peanut butter and jelly sandwich.

Higher price points aside, some eye-catching Tractorbeam-designed merch hanging along the spot’s far left wall would indicate that the Goodfriend Package Store doesn’t take itself too seriously, with most graphics centering around a “good package” theme — y’know, lest your closet could use another T-shirt boasting a solid dick joke.

That spirit, it seems, is the only surefire constant here. Everything else will be determined and tweaked in time.

“For four years, it’s been a work in progress here,” Tobin says.

Why stop now? No need. Not after today’s promising first step, at least. Moving forward, expect hours to run daily from 7 a.m. to 8 p.m.

Update at 8:45 p.m.: Tobin now confirms to us that the front bar area of the space is indeed meant to house a coffee bar. Cultivar Coffee will be moving away from its current home across the street at Good 2 Go Taco to move into this space. Tobin says no set date has been confirmed for Cultivar’s opening within the store, but anticipates it will come at some point next month. 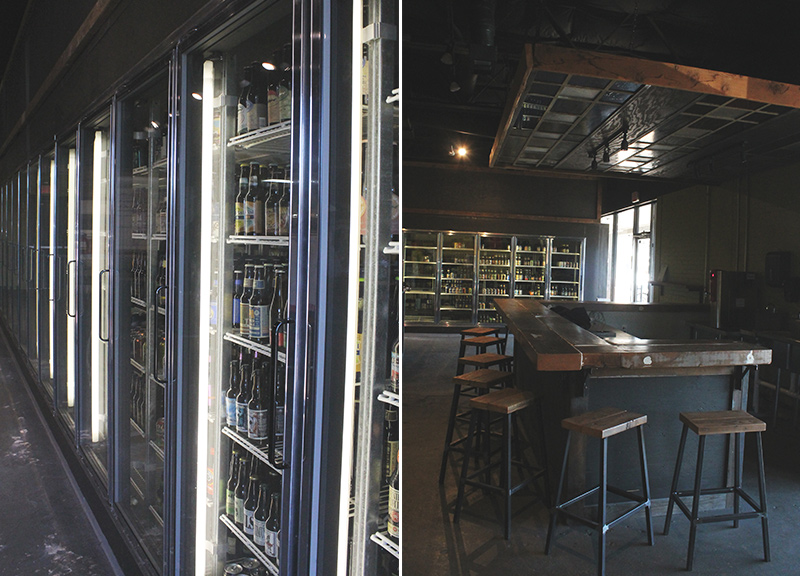 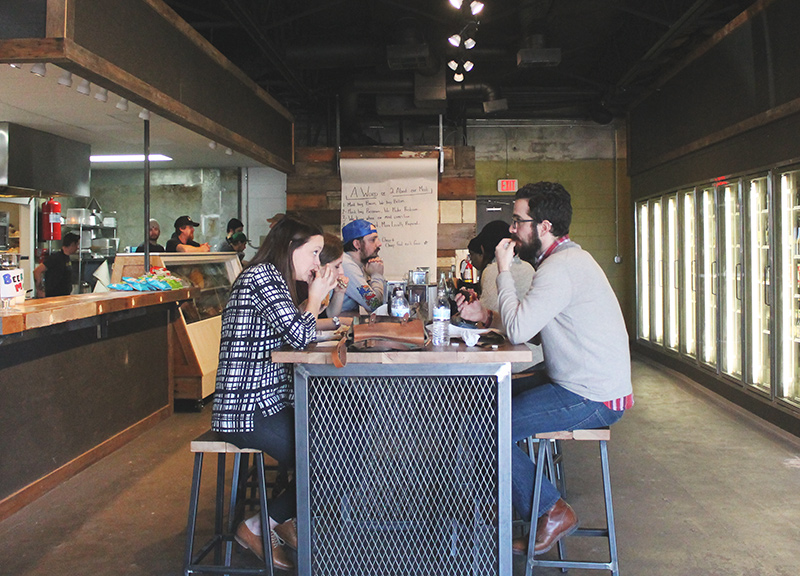 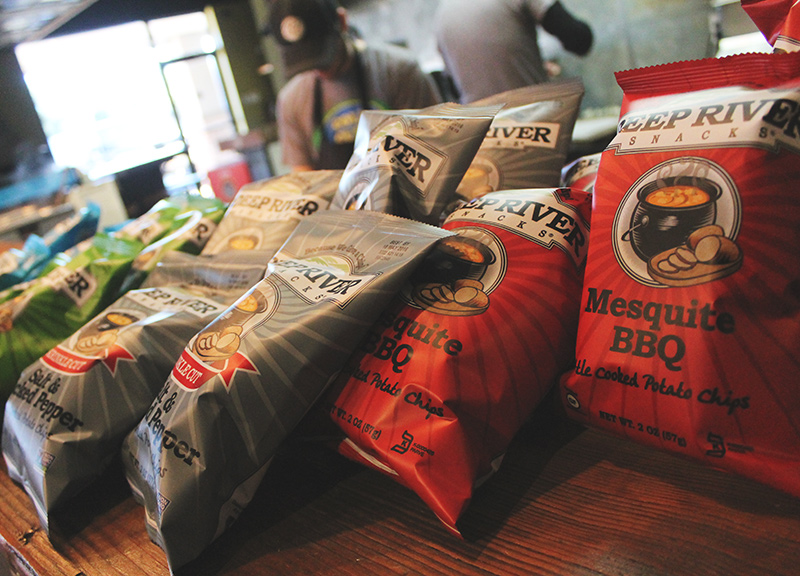 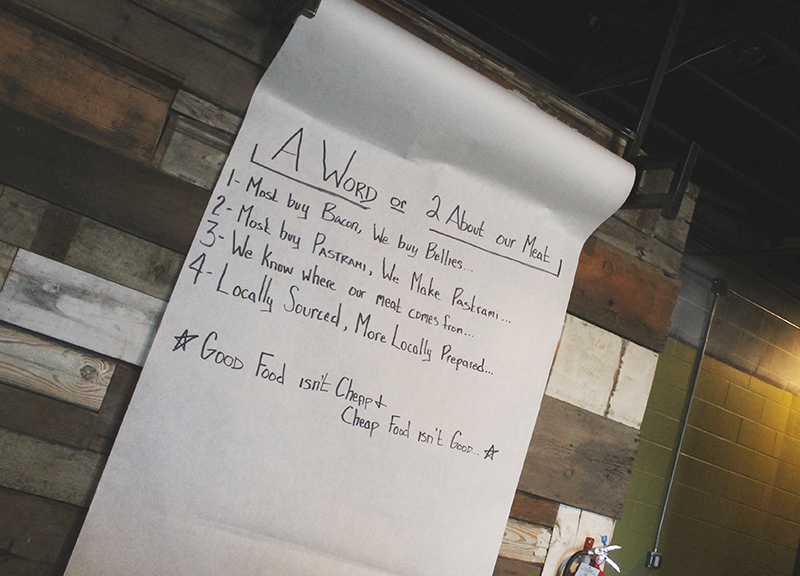 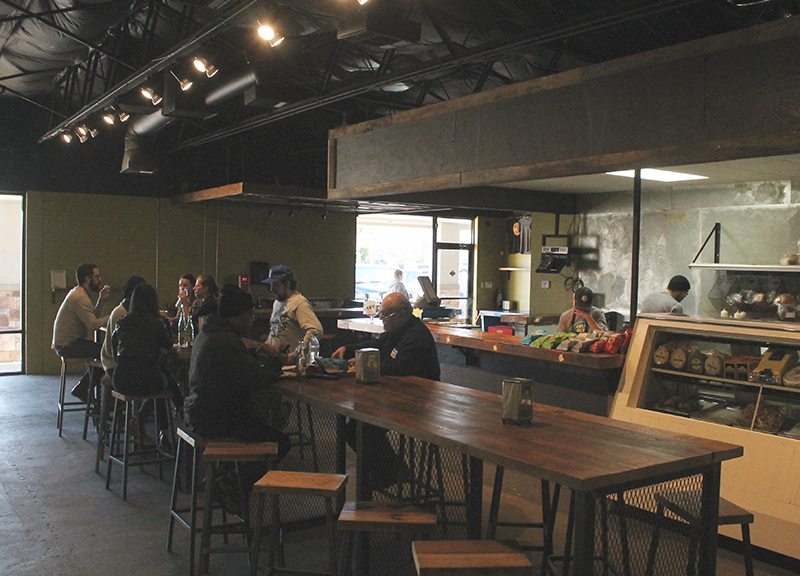 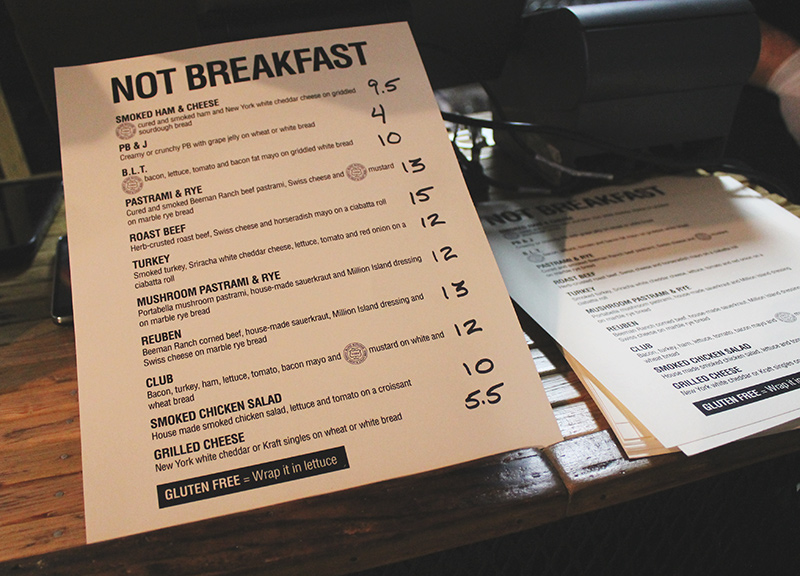 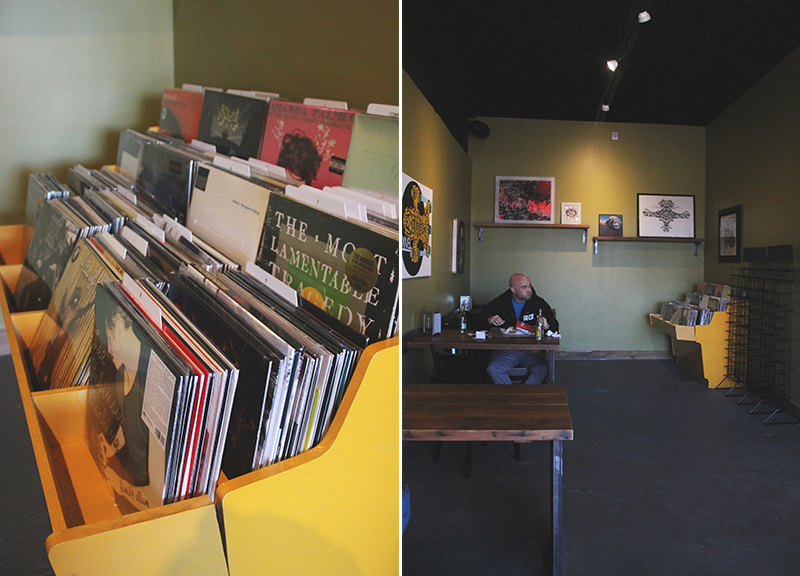 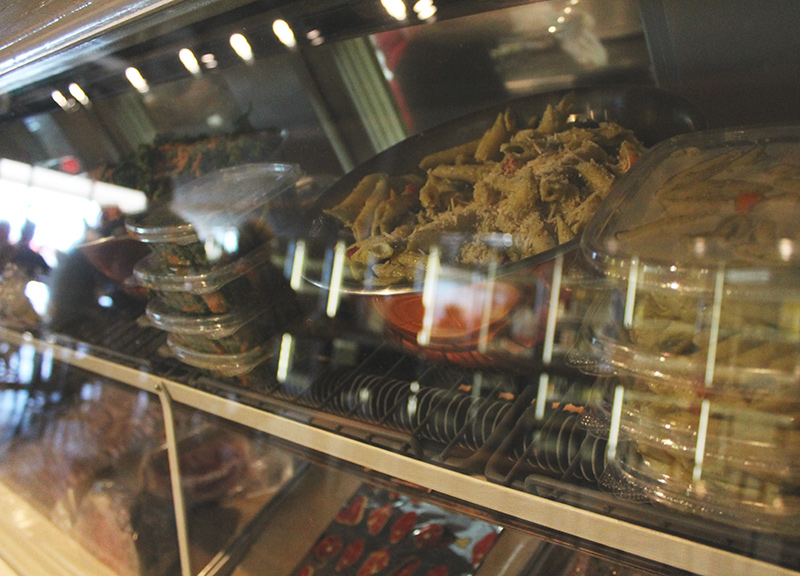 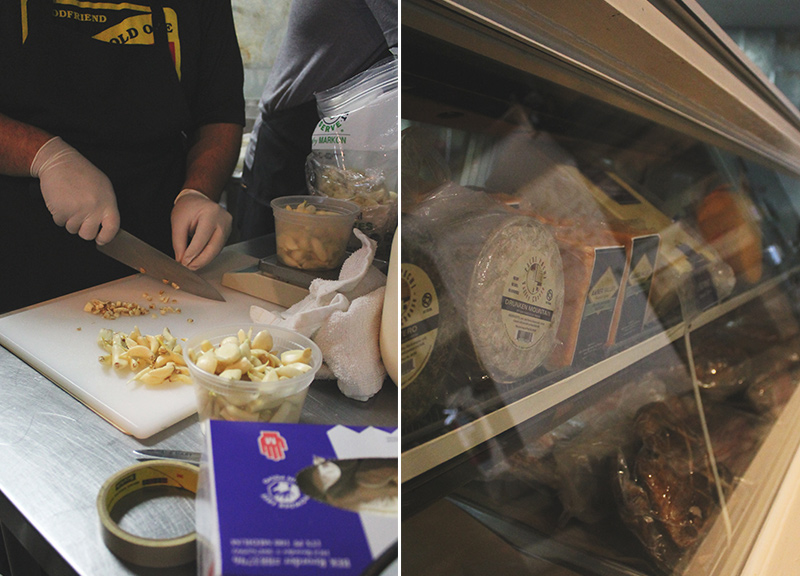 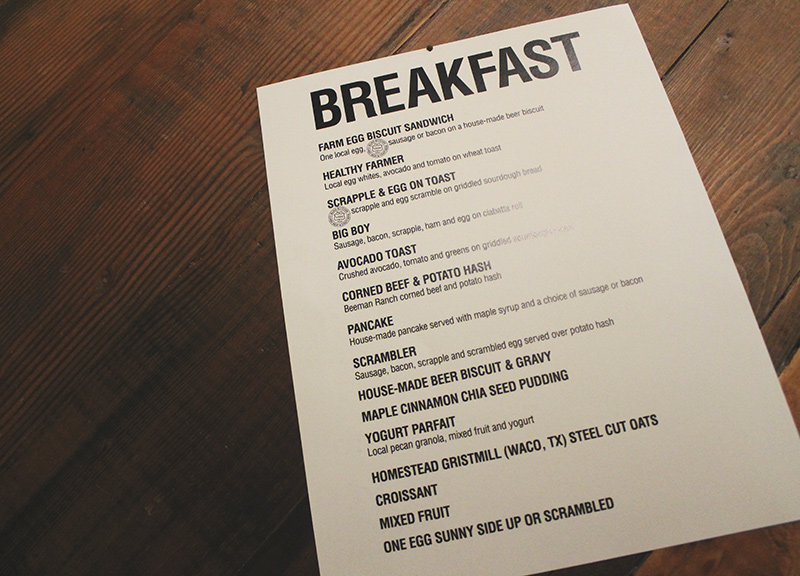 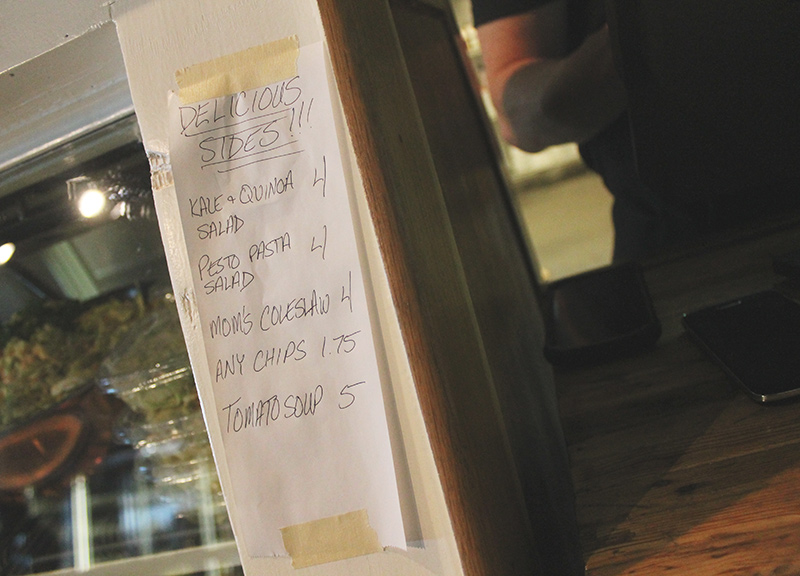 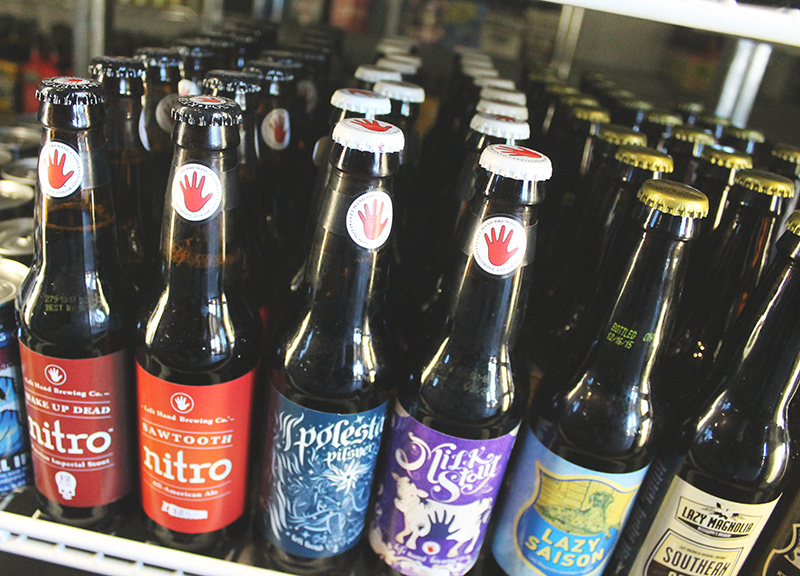 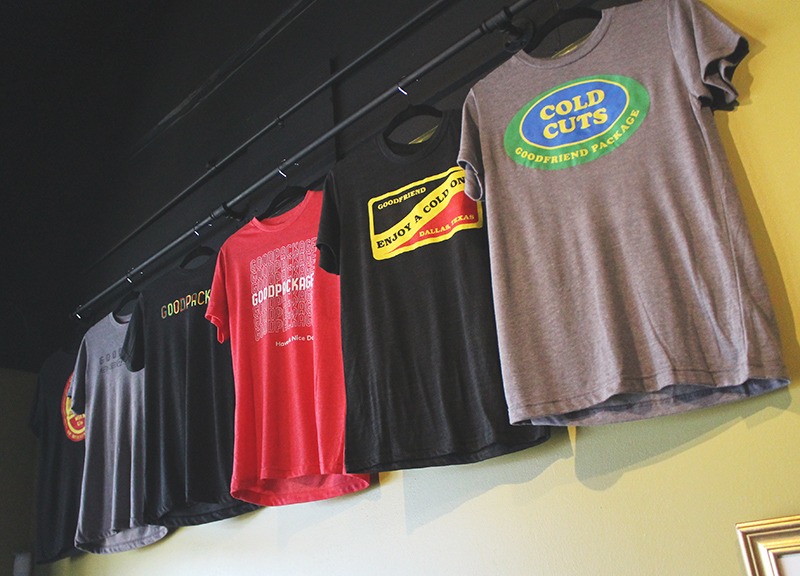 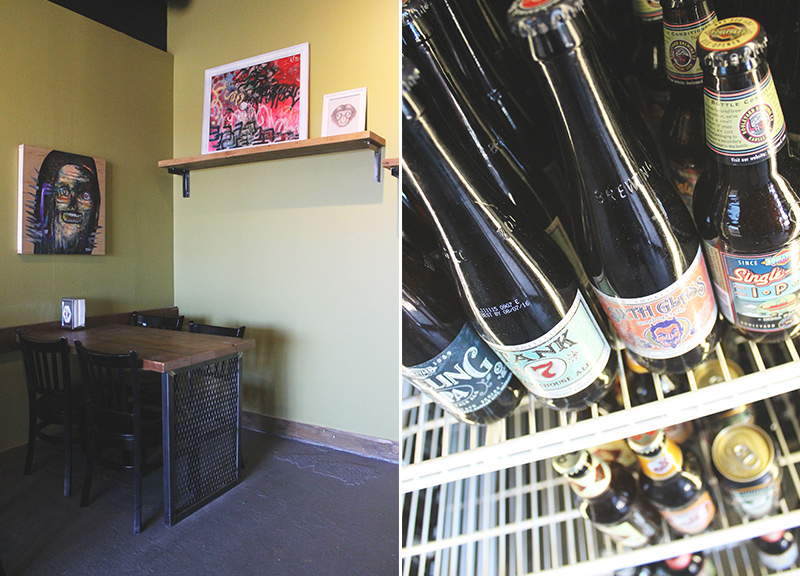 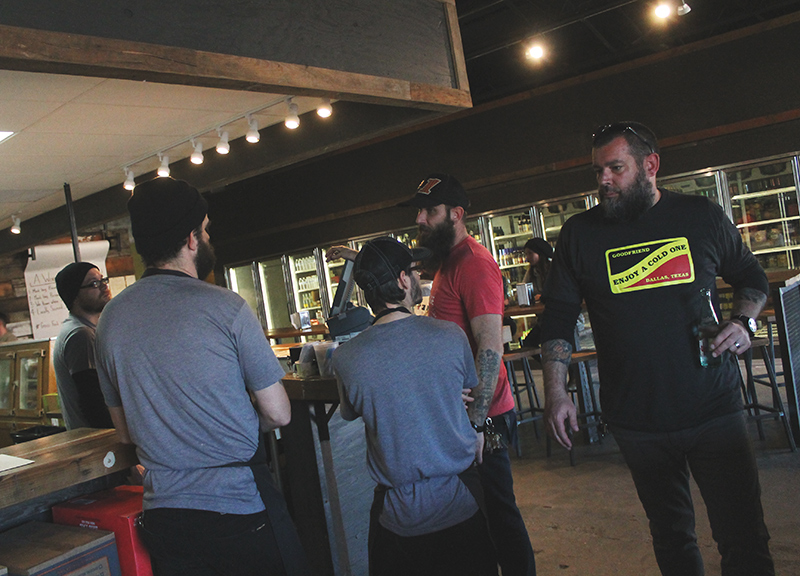