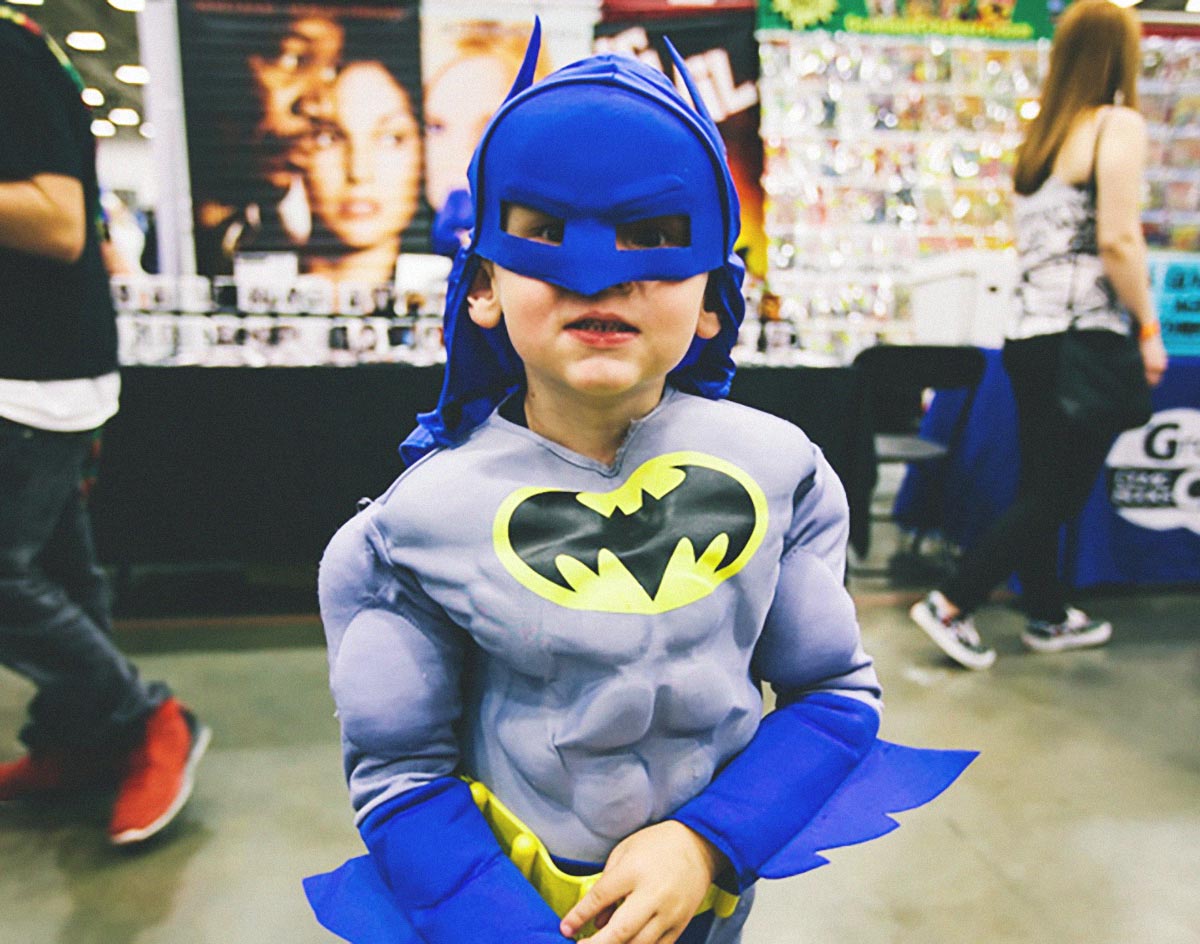 Open Your Eyes To Dallas’ Racist History, Laugh At Your Love Life, Fall Accidentally In Love, Play Superhero And Cheer On A Bully. Plus So Much More!

Are we really in Texas if we’re not getting sued by the federal government?

This time, it’s actually warranted — and, in his challenge, Attorney General Merrick Garland called our state’s recently passed “Heartbeat Bill” a “scheme to nullify the Constitution.”

Sure, there’s that. There’s also the fact that embryos don’t actually have a developed heart in the sixth week of pregnancy, so medical and legal experts are calling even the former bill’s title misleading. Don’t believe us? Ask your doctor and maybe believe what they say.

The world could sure use more of that these days.

Anyway, lawsuits may be the theme of September, turns out. President Joe Biden recently told GOP critics to “have at it” when they threatened to sue over his new vaccination rule, which mandates that all employers with more than 100 workers require their staffs either be vaccinated or tested for the virus weekly — a move that affects about 80 million Americans.

Meanwhile, at least half a dozen judges across the country have ordered hospitals and doctors who previously refused to administer ivermectin (readL the horse drug you should absolutely not take for COVID-19) to patients to start doing so. More cases are in the works, making the ending of Sorry To Bother You look more like a warning than a surreal twist.

Also, if positive legal news exists, it can be found in the world of Britney Spears as the pop idol’s dad has finally filed to end the conservatorship that has controlled her life and money for the past 13 years. Congrats, girl! We were all rooting for you!

As for you? Go celebrate a soon-to-be freed Britney with one of the kickass events listed below and happening in and around Dallas this week. It’s your call: You can either rock your heart out, laugh until you cry or engage in a discussion on a long-repressed book.

Have fun out there! Just promise us you won’t end up needing a lawyer, OK?

Glass Animals at the Pavilion at Toyota Music Factory (Irving)
Because it’s Texas, we’re all still sweating in September. Don’t worry, though: We have a way for you to beat the heat waves! Just take in Glass Animals’ show out in Irving! The British indie rock band offers psychedelic bangers that will cool you down and chill you out. This tour follows the 2020 release of their Dreamland album, and you may just hear their new single “I Don’t Want to Talk (I Just Want to Dance)” that they only released last week.

Big Thief at Granada Theater
This indie rock band from New York set the bar high with their aptly named 2016 debut album, Masterpiece. Armed with three new songs released just last month, Big Thief is now ready to steal the show once again. Fans of The Umbrella Academy may remember their breathtaking track “Mary” featured in the first season, which may just make an appearance at this show alongside some of the band’s other folksy tracks.

Cause-Minded Conversation with Jim Schutze and John Wiley Price at The Pittman Hotel
Legendary Dallas journalist Jim Schutze and notorious Dallas County Commissioner John Wiley Price put their longtime squabbles aside and line up for this “cause-minded conversation” on Schutze’s long-repressed, soon-to be-reissued book, The Accommodation. Originally published in 1987, but out of print for more than 30 years until local publisher Deep Vellum acquired its rights, the book explores Dallas’ suppressed past of race and politics, dating from slavery though the civil rights movements of the ’60s. This free event promises complimentary parking and even a livestream for viewers at home, so there’s no excuse not to attend.

Yves Tumor at the University of North Texas (Denton)
No, you don’t have to be a student to attend this show from the Italian-based experimental musician. Self-taught in drums, bass, guitar and keyboards, Tumor combines genres like jazz and hard rock to create a unique sound. The show follows the release of their The Asymptotical World EP, and promises mind-warping sounds — if not flashbacks to your own college days — set on a local campus.

Tinder Live at Three Links
Dates from online matches are unpredictable — just like comedian Lane Moore’s totally improvised interactive show. Soak up some Tinder tips and tricks as she live-swipes through her own apps on stage, and maybe even find a match of your own at what has been called one of the best comedy shows in New York City.

Lil Baby and Lil Durk at Dos Equis Pavilion
Following their recently released collaborative album The Voice of the Heroes, these two buzzing rappers are stepping back into the sun with their “Back Outside” tour.

Counting Crows at the Pavilion at Toyota Music Factory (Irving)
Those expecting only ’90s nostalgia at this show, be warned: The band’s current tour promises tunes from Counting Crows’ recently released Butter Miracle, Suite One EP. Hey, don’t pout! The new material could  have you accidentally falling in love.

Kings of Leon at Dos Equis Pavilion
Could you use somebody this weekend? This Nashville group is there for you, fresh off the release of their latest album When You See Yourself.

Lucy Dacus at Trees
Dacus’ new Home Video LP is a retrospective into the indie rocker’s childhood in Virginia. Intimate and nostalgic, her latest tunes are also brutally honest and passionately authentic. We don’t know why you would need another reason to come, but in the wake of the heartbeat bill’s passage, Dacus also recently announced on Twitter that all the money she makes at Texas shows will go towards abortion funds. How’s that for rocking?

Tanya Tucker at the Kessler Theater
This Texas legend has been releasing country hits since the age of 13, and has 25 albums to her name. Make sure to stop by your local florist on your way to this show, which arrives as part of her “Bring My Flowers Now” tour — named for her 2020 Grammy-winning song off her Best Country Album award-winning 2019 While I’m Livin’ LP.

Dallas Fan Expo at the Kay Bailey Hutchison Convention Center
It’s 2021, and it’s cool to be a nerd. That means you can bring the whole family to this three-day pop culture convention, which returns after taking 2020 off and promises appearances from celebrity guests including Carl Weathers, Zachary Levi and George Takei. Costumes are encouraged, but exact knowledge of entire fandoms are not needed. Leave the kids at home for the “Multiverse of Movie Madness” party on Saturday night, though, where you can dance the timeline away at the Texas Theatre.

Everclear, Wheatus, Hoobastank, Living Colour at Lava Cantina
The teenage dirtbag intern writing this is too young to appreciate the ’90s rockers on this latest annual Summerland Tour offering, but don’t let that stop you from enjoying it!

Iliza Shlesinger at Texas Trust CU Theatre
This Dallas native has come a long way since winning Last Comic Standing in 2008. If you haven’t seen her Netflix specials, sketch show or films, we’re going to assume you live under a rock. The “Back in Action” tour she’s currently embarking upon was postponed in 2020 due to COVID-19, but is now back with a new itinerary and name.

Sylvan Esso at South Side Ballroom
Not too many music tours are named after a podcast, but not many bands are like this electronic pop duo, either. The “Shaking Out the Numb” tour is named after this North Carolinian group’s limited podcast that, in turn, focused on the making of the band’s third album, last year’s Free Love. With self-described sad songs that sound really happy, Sylvan Esso offers dreamy folktronica for all moods.

Drezo at Creators Don’t Die
This LA-based music producer is tackling the EDM scene with his upcoming OMENS EP, which should bring the party to this warehouse-like space — one of the more exciting new venues in town, found right on the edge of Deep Ellum.

Electric Six at Three Links
Don’t be shocked if this genre-blurring Detroit band sings about the devil. Or the seduction of America by a foreign entity. This is the “Russia, If You’re Listening” tour after all, and it promises to feature tracks from the long-running and beloved party band’s 2018 album, Bride of the Devil. Connect with your inner “sexy evil maiden” as the rocking setlist descends into haunted melodies — and only gets louder.

Tinashe at House of Blues
Whether you know it, you’ve seen actor and rhythmic pop singer Tinashe before. From The Polar Express to collaborations with Chance the Rapper and Britney Spears, she’s been active since the age of 10 in the early 2000s. The L.A.-based alt-R&B star’s “333” tour follows her new album of the same name.

Yung Bleu at Southside Music Hall
You don’t need to be in Houston to strap your rocket boots on and attend this “Moon Boy” tour. The Mobile, Alabama, rapper released his debut album of the same name this summer, earning him two nominations at the 2021 BET Hip Hop Awards.

Bully at Deep Ellum Art Company
No, founder Alice Bognanno doesn’t want your lunch money at this show. She wants you to listen to her first solo project under her Bully moniker. Called SUGAREGG, the 2020 LP she released on Sub Pop required a complete overhaul of the Minnesota native’s work process to create. But it should make performing live easier, right? Or at least less of a hassle. The indie rock act is joined by Lightning Bug.

The Queers at Three Links
Nazi-hating punks and a catered meal? Sounds like our kind of party! This show arrives as part of Three Links’ ongoing Punk Rock Supper Club series, which features dinners from Chef Justin Box to go with rocking shows. This one finds him filling up our bellies with a “classy chaotic” meal before music from The Queers, plus supporting acts Jerk and Bullet Machine.