The Best Ways To Celebrate Pride In Dallas. 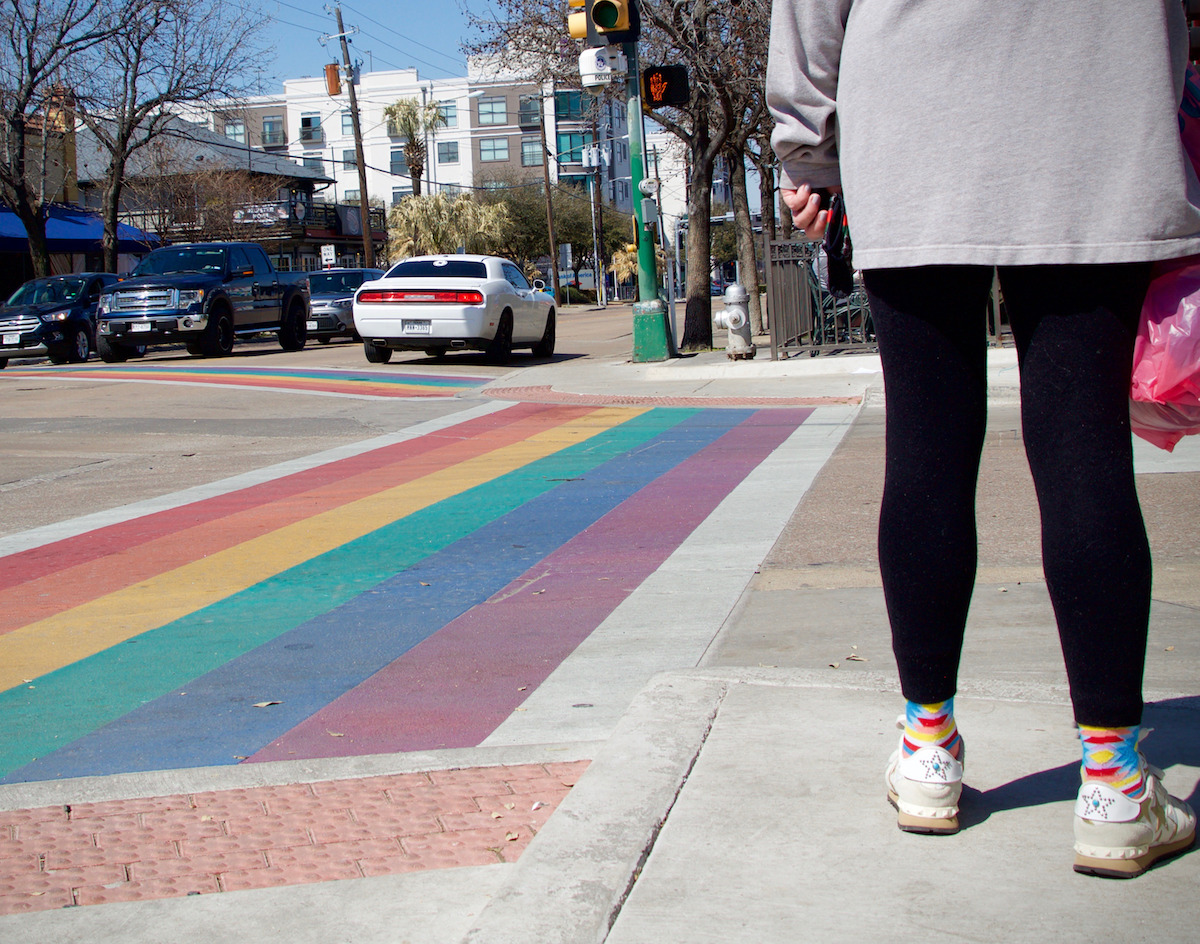 Dallas Has Events Celebrating Pride All Month Long. Here Are Some Of The Best Ones We Found That You Should Put On Your Calendar.

While we’re not thrilled to be overheating again, pride month is always bringing some much-need joyful vibes. If you find yourself wanting to celebrate but don’t know where to start, don’t worry, we got you.

A good place to start is the city’s official pride festival and parade at Fair Park. For more ~spice~ there’s the crowd favorite Double Wide Pride Bash, which will also cross over at Ruins and Thunderbird Station. Find details on those as well as other events below. From family-friendly gathering, to comedy shows, to drag shows galore, pride will be well-spent in Dallas.

Pride Poetry Night at the Latino Cultural Center
Hosted by spoken word performer Lady B Smoove, kick off your pride plans with some poetry. The featured artists are — Ofelia Faz Garza, Poetix Guru, Eva Whatley, Thomas Dillard, Princess, Logen Cure and C.R.U.S.H., with a special appearance by Joaquin Zihuatanejo. The event is free to public but requested a $15 donation.

Queer Factor: Pride Edition at Dallas Comedy Club
Promising to be the “bigger, gayer and full of pride” Dallas Comedy Club is showing off its lineup of LGBTQ-identifying comedians in a night of stand-up, improv, sketch, and original characters. Afterwards, you can take the stage yourself at the free improv jam.

Pride Kick Off at Ruins
Pride-A-Palooza is three day event that’s starting off at the Limbo Room. See live music by electronic pop star P1nkStar, drag by Ruby Diamond Doll and Mannequita Diamond Doll, voguing by Xa’pariis Ebony of HBO’s Legendary and a DJ set by Blake Ward. Studio Trash will be there to snap pics and Bleach is hosting the whole shindig.

Pride Party at The Echo at The Echo Lounge & Music Hall
An all-ages event, here’s another drag party that should be on your radar. DJ Level will be bringing the tunes while Josephine Ohara Andrews, Taylor Summers, Jade Summers, Kandy Cayne, Mulan Alexander and Raquel Blake will bring you high drag.

DIRTea: Official Dallas Pride Tea Dance at Ferris Wheelers Backyard and BBQ
The famous dance party is back for pride. Known for bringing NYC underground style music to Dallas, DJ Danny Verde and DJ TDon will be taking charge this year. Come wearing your most summery attire and go in on some barbecue after you work up an appetite.

Pride at Fair Park
This is the big one. The day-long festival will feature vendors, teen and family zones and tons of musical and drag performances. Some of the local entertainers to be featured — Averi Burke, the Black Girl Magic Brunch cast, Cure For Paranoia, Lorelei K, Mi Diva Loca and Johnny Bee & The Leo Sun Project, among others.

Give Back for Pride at Electric Shuffle
On June 4 and 5, 10% of all brunch proceeds will go to DIFFA Dallas, an organization that provides HIV/AIDS support and education. In addition to brunch from 10 a.m to 4 p.m, you’ll also find drink specials, DJs, games and drag queens. That’s all you really need for a happy life.

Pride Parade at Fair Park
A day following the Fair Park pride festival is the parade. It’ll start at the Coliseum and circle around the Cotton Bowl while passing in front of the Hall of State. Watch the floats and flags come by as you enjoy some of the food trucks and vendors on site.

Sassy Night Laugh at Stomping Ground Comedy Theater
While this SNL-style sketch comedy show happens every second Saturday of the month and always promises that it’ll make you feel” ten times gayer than when you entered the building,” it’s important to highlight it during pride month. The performers are female or LGBTQIA-identifying and bring a completely fresh show every month.

Gaymer Pride Night at DFW Fuse
Fuse holds parties, discussions, game nights and other events for gay, bisexual, pansexual, queer and questioning guys between the ages of 18-35 in DFW. The organization hosts game night every Monday, and this month brings a special pride edition. Hit them up for rainbow themed board games and video games and meet some new friends.

Pride Block Party at Dallas Arts District
Arts, culture and LGBTQ+ community pride will all come together across multiple venues within the district. This party’s schedule is huge, guys, but just know that there are will be at least a couple of events that anyone will be into. From educational discussions, to drag-ified opera to a ball (the voguing kind), this is some highbrow and truly community-focused stuff.

LGBTQ SAVES Youth Pride Picnic 2022 at Trinity Park
Over in Fort Worth is a super gay picnic. Aimed at the youth, meaning 24 and younger, this picnic will provide free food, goodie bags and activities in Trinity Park.

Orgullo Oak Cliff Pride & Market at Cocoandre Chocolatier and Horchateria
Brought to you by Texas Latino Pride and Common Hearts Market, here’s a good opportunity to support local artisans. While you browse the goods, including a drag store, Eternos will provide the sounds electronic cumbia. And you can’t leave without picking up some truffles or something off the shops too-good café menu.