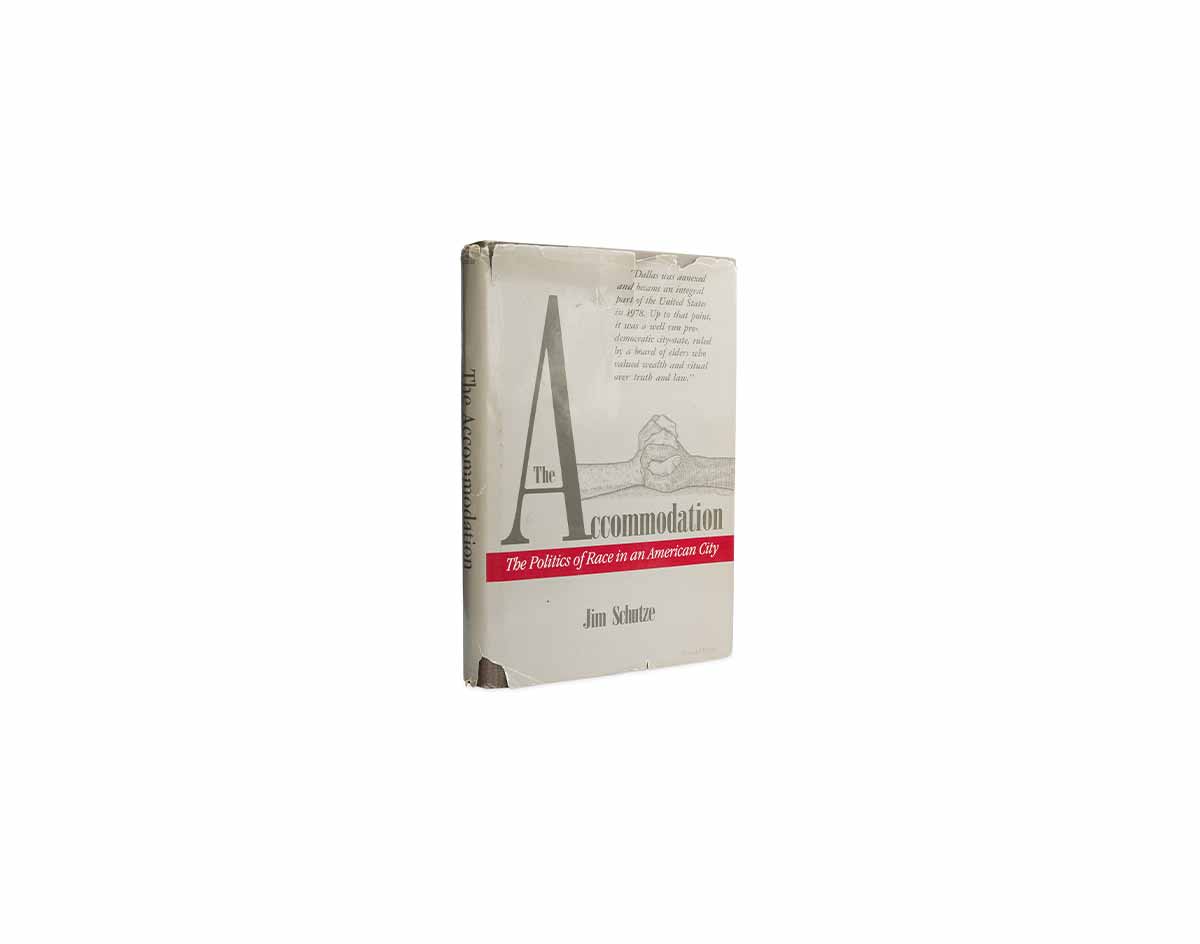 For The First Time In More Than 30 Years, The Legendary Book About Dallas’ Troubling History Of Race Relations Will Be Available For Purchase.

For more than 30 years now, Jim Schutze’s The Accommodation has been out of print — but its legend has continued to grow.

Penned by the current D Magazine writer and former Dallas Times-Herald and Dallas Observer scribe, the 1987 book details Dallas’ violent and troubling history with race relations from slavery through the Civil Rights Movement of the 1960s — and, after already having been called “The Most Dangerous Book in Dallas” by D Magazine and “essential reading to understand Dallas” by the Dallas Morning News in recent years, it’s earned even more attention given its relevancy to current events in our city.

SEE ALSO: THIS IS NOTHING NEW: THE REALITIES OF DALLAS’ VIOLENT PAST. // Dallas Leaders Continue Acting Surprised By The Racial Unrest And Violence Taking Place In The City — As If It Isn’t How Things Have Always Been Done Here.

Over the summer, a new Twitter account dedicated to sharing the book’s wisdom line by line popped up, but reading it through conventional means hasn’t been an easy task: .pdf files of the book may often get swapped among Dallas politics wonks, but actually coming across a hard copy of The Accommodation has historically meant either signing up for a months-long wait in the local library system or paying hundreds of dollars to buy a used copy of the book online.

That’s all about to change, though. On Thursday, the often politically minded Dallas publishing house Deep Vellum announced that it had acquired The Accommodation‘s publishing rights and that it will be releasing new copies of Schutze’s legendary work under its La Reunion imprint in September 2021.

“We at Deep Vellum are honored to publish The Accommodation to expand the conversation about historical structural racism in Dallas,” says Deep Vellum publisher and executive director Will Evans. “This vital work is just one history among many that deserve to be published for a wide audience to come to learn more about the history of Dallas, in the hopes that we can build a more inclusive, equitable city together by understanding the tragic history of how our city has gotten to where it is today.”

SEE ALSO: 160 YEARS AGO, A FIRE ENGULFED DALLAS. // When A Fire Destroyed Much Of Dallas In July 1860, City Leaders Blamed An Imagined Slave Rebellion For Its Spark. Mass Beatings And Hangings Followed.

Notably, the re-issue of the book will boast a feature a new foreword written by Dallas County Commissioner John Wiley Price, who calls the book “an essential gift delivered almost four decades before Dallas was ready to receive it” in Deep Vellum’s press release.

It’s worth pointing out that Schutze has historically blamed Price for The Accommodation being out of print for all these years. In a June interview on KTCK 1310-AM/97.7-FM The Ticket, Schutze said he sold Price the rights to the book years ago — for the low cost of $1 — because Price had expressed an interest in wanting to rerelease the book himself. But after the onetime friends then had a falling out, Schutze says Price consistently refused to rescind the rights back to him.

It’s tough to say what today’s announcement means as far as the status of Schutze and Price’s relationship, but it’s good news just the same for Dallasites interested in learning more about Dallas’ ugly histories with race.

While the book won’t formally be released for another 12 months — at which point it will be made available as a hardcover, an ebook and an audiobook — Deep Vellum is currently accepting preorders on its newest product for $30 right here.