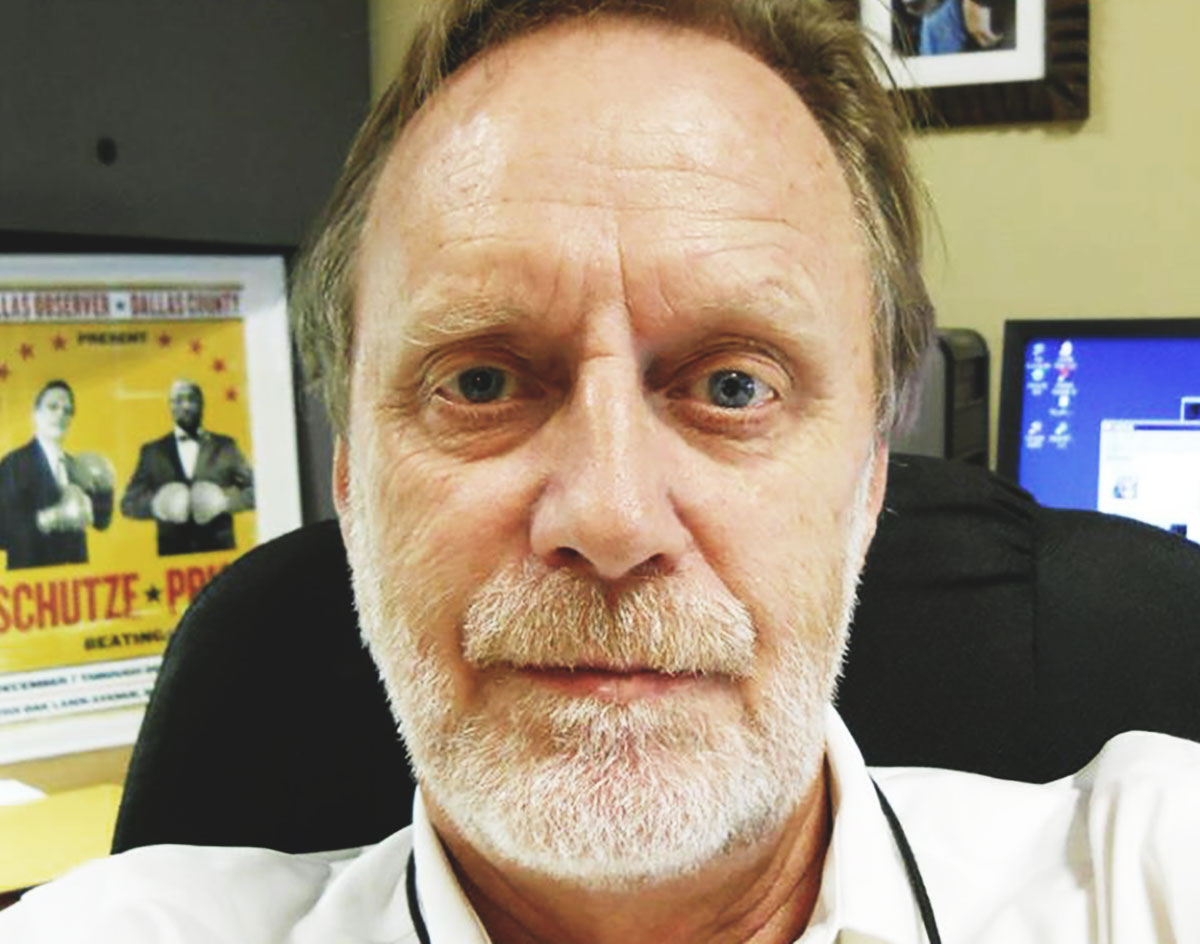 The Respected Curmudgeon And Scourge Of City Hall Announced Via A Facebook Post On Monday That He And The Alternative Weekly Have Parted Ways.

Longtime city columnist Jim Schutze is out at the Dallas Observer today after 22 years.

The beloved curmudgeon and scourge of Dallas City Hall made the announcement today via a Facebook post in which he calls his departure a “mutual agreement that they told me about.”

After starting his career in Detroit, Schutze initially came to Dallas to work at the Dallas Times Herald throughout the ’80s. It was while under the employ of that lamented daily paper where he penned The Accommodation, a book about the systemic racial divide of the city — one that D Magazine would later call “the most dangerous book in Dallas.”

In 1998, Schutze would release the true crime book Bully: A True Story Of High School Revenge, which would later be turned into a film, and join the staff of the Observer as its city columnist. In that role, he developed a reputation as a dogged reporter with an enviable Rolodex, and cultivated a caricature as a grouchy, call-it-like-it-is amplifier for the working man against the city establishment.

Even as his writings became increasingly less representative of the Observer‘s readership in recent years — particularly with regards to his coverage of the Amber Guyger trial last year — Schutze maintained a mostly Teflon reputation, with his voice still to be considered when it took up a position with which you disagreed.

Since posting his announcement late on Monday after, tributes to Schutze’s newsroom presence have been sprouting up across social media, particularly among his old colleagues. Robert Wilonsky, who worked with Schutze at the Times Herald and the Observer before leaving for the Dallas Morning News, called working with Schutze “a privilege” and noted that his departure from the paper was “a stunning development.” Joe Tone, who served as the editor of the Observer in the early ’10s, described Schutze as “the alt-weekly in human form.”

As a fellow former Observer co-worker of Schutze’s, I can only echo those sentiments. During our time working together, Schutze was always an inspiration in terms of both his work ethic and the respect with which he was treated throughout the city. He was particularly supportive of my efforts to feature Dallas musicians of color prominently in the paper’s entertainment coverage. The words of encouragement he would additionally offer at my attempts made to buck the system and do the unexpected are a large part of why I set out on the path to one day launch Central Track.

It is not yet entirely certain why Schutze is out at the Observer. It seems likely the move is the result of coronavirus-related budget concerns, but no one we’ve been in touch with at the Observer or its parent company have yet been able to provide additional insight beyond Schutze’s own post.

We will update this piece with that information should it become available.

Update at 9:35 p.m. on May 11: Reached for comment, Schutze confirms our suspicion that his release from the paper is indeed budget-related, and not his decision.

“I think they figure food, culture and [news reporter] Stephen Young are their best bets at survival,” Schutze says. “And fuck, they could be right. They ain’t idiots.”