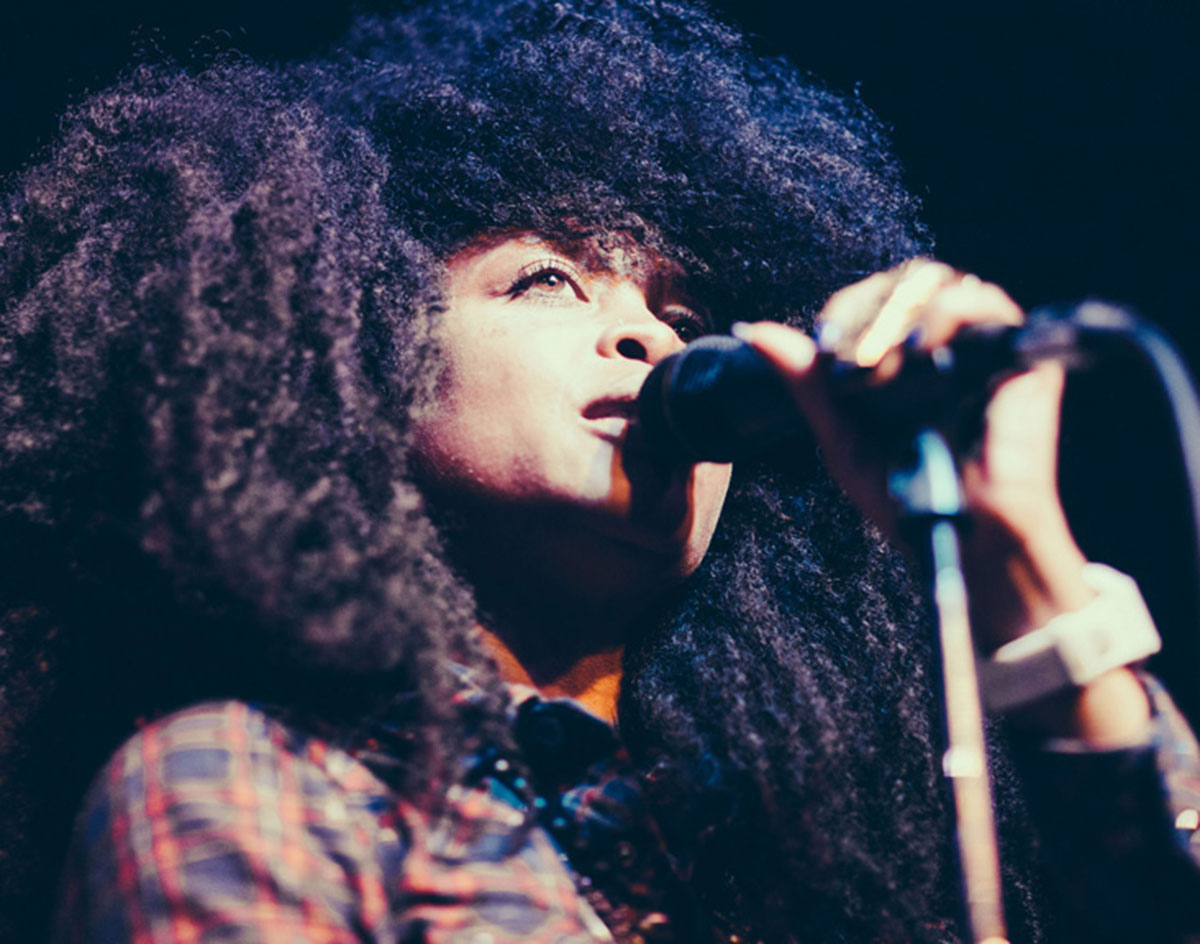 This Week in Dallas, You Can Bow Before Our City’s Queen, See A Giant Dog In The Flesh, Enjoy A Japanese Breakfast Or Listen To Nothing. Plus So Much More!

Did you have Russian President Vladimir Putin speaking out against “cancel culture” on your 2021 bingo card?

Putin likened the concept to “reverse racism,” which in the context of his recent speech at the Valdai Discussion Club meant that cancel culture makes people hyper-fixated on race, causing a greater divide instead of the intended results of equity for marginalized groups — not your typical definition of reverse racism, which is racism against white people.

He only referenced the issue of race in regards to the idea of cancel culture, even though we see people online cancelling others for multiple other reasons, like homophobia, transphobia, the violation of human rights and so on.

Plus, it’s absolutely bonkers that Vlad here is talking about cancel culture when he is literally a whisper away from being a dictator. Under Putin, journalist and anti-corruption advocate Alexei Navalny was jailed, tortured and poisoned for speaking out against the government, and he’s still fighting for his life. Every facet of the media in Russia is under the government’s control. Then there’s the Anti-Gay Propaganda Law he passed in 2013 — and, by “propaganda,” Putin means literally any appearance/mention/notion of a gay person’s existence. If an LGBT individual in Russia doesn’t hide their identity, they can be punished by the law or beaten or killed in the street.

It’s no surprise, then, that in the same speech where he mentioned cancel culture, Putin slammed transgender rights, calling transitioning a “crime against humanity.”

So, Putin, the West is backward for having heated teens yelling at celebrities on Twitter for saying something racist — but silencing, jailing and killing people who don’t follow your “spritual values” is noble?

Anyway, thank you for indulging us in a little talk about Russian politics. It’s just so surreal to hear “cancel culture” come out of that man’s mouth. It’d be funny if it wasn’t so sad.

Let’s take it back to Dallas with our 20 top things to do this week. Drink, dance and be merry that we still have a free press here — for now, at least.

Oh, and if you’re looking for some Halloween-specific things to do this week, head here for a rundown of those!

Starcrawler at Sundown at Granada
This L.A. rock band has an energetic, dark sound that sprinkles in the vibes of punk and the gothic feels of the ’80s. In honor of the spooky season, check out their cover of the Ramones’ “Pet Sematary,” which was featured in the soundtrack for the 2019 reboot of the film of the same name.

Nothing at Deep Ellum Art Company
Bridging the gap between metal and shoegaze, Nothin is giving you something that’s super cerebral, moody and unique. This year, the Philadelphia band released the B-sides of their 2020 album, The Great Dismal. The Deep Ellum show also features Frankie Rose and Enumclaw.

A Day to Remember at South Side Ballroom
There’s lately been a whirlwind of controversy surrounding this band’s recently departed bassist, Joshua Woodward. He announced his departure two weeks ago, citing pressure from sexual assault allegations, which he insists are false. It also recently broke that Woodward was involved in a crash back in 2017, which left a man dead. Do what you will with those absolutely insane pieces of information.

Ollie at Club Dada
Need to mourn the end of a relationship? Get some tears flowing? Get in your feels during a midnight drive? Ollie is your guy. His recent EP, Now & Forever, has a more hopeful vibe than his previous work, which is the product of a summer of self-reflection and discovery.

Erykah Badu at The Factory in Deep Ellum
You must already know about the unofficial queen of Dallas. If not, we got you more than covered. She’s required listening for every Dallasite — a feat soon made easier with the launch of her upcoming Sonos Radio station, BADUBOTRON.

$uicideboy$, Turnstile and more at The Pavilion at Toyota Music Factory (Irving)
This hip-hop duo has been taking the world by storm as of late, gaining an intense popularity online. Their current “Greyday Tour” also features punk band Turnstile, British rapper Slowthai and Canadian rapper Night Lovell. It’s a big night for the eboys!

Lawrence at Trees
Brother-sister duo Clyde and Gracie Lawrence are heavily influenced by the likes of Stevie Wonder, Randy Newman and Aretha Franklin, and they’ve have created an eight-person soul-pop group that falls right in line with those acts. Think of Lawrence as funk with a modern twist that’s perfect for giving your day an energy boost.

Sinisterhood at Addison Improv (Addison)
Two Dallas-based comedians and gal pals host this funny true crime podcast, which focuses on a different creepy or cult-y topic each week as the hosts improvise jokes that bring some levity to the spooking. Now, Sinisterhood is bringing their super-popular podcast to the stage, to tell the a scary story about Dallas in front of Dallasites. The offering is so in demand, in fact, that it’s sold out– sorry about that! Catch them when they come back in November, we guess?

Julien Baker at Granada Theater
Baker’s 2021 album Little Oblivions is perfect listening for the autumn season. This indie songstress’ smooth and soulful voice will warm you up like a knit sweater or a pumpkin spice latte. In 2018, she collaborated with other indie queens Phoebe Bridgers and Lucy Dacus on an EP entitled, boygenius. So, yeah, she keeps good company, too.

Ducky at Stereo Live Dallas
This San Fran music producer and DJ has been performing EDM at clubs since the young age of 13, they say. Garnering attention in the online bubble, the performer also dropped a song with Adult Swim Singles in 2017, which soon after led to sold-out raves.

Jackie Venson at Windmills (The Colony)
You can catch Venson for back-to-back offerings on Friday and Saturday in The Colony. She’s a multi-instrumentalist, singer-songwriter from Austin who has a flair for R&B pop. She also released two albums this year, Love Transcends and Joy Alive, with the latter being a live album.

A Giant Dog at Three Links
We like the idea of there being a literal giant dog available for pets at Three Links, but the energetic indie band is just as exciting. Their latest is a hard and fast cover of “Suddenly Seymour” from the musical Little Shop of Horrors, which was commissioned by Amy Poehler to be featured in her recent film, Moxie. Frontwoman Sabrina Ellis always delivers powerful vocals, but this particular track shows that she could be the perfect fit for Broadway.

Japanese Breakfast at The Factory at Deep Ellum
Spotify lists this indie outfit on playlists such as “Ultimate Indie,” “Badass” and “Sad Girl Starter Pack” — so, yeah, they have the range. They released their third album Jubilee this year to tons of acclaim, as well as a soundtrack for indie exploration video game, Sable, which acts as great background music for working, if we may add.

Nishi Fest at Esports Stadium (Arlington)
This one is for fans of anime, gaming and/or other facets of Asian pop culture. The festival welcomes esteemed voice actors and cosplayers as special guests, and is hosting different attractions too, such as a car show, gaming tournaments and a Halloween-themed afterparty.

Slipknot, Killswitch Engage, Code Orange and more at Dos Equis Pavilion
Knotfest Roadshow 2021 is a go! With the masked heavy metalers headlining, the rest of the lineup includes Killswitch Engage, Code Orange and Fever 333. Slipknot frontman Corey Taylor is among the many touring artists right now who’s being extra cautious about the pandemic, so make sure to wear your masks, including the spiky, scary, rubber ones.

La Reunion Festival at Dallas Heritage Village
Starting Saturday, this new Dallas fest will continue into Sunday, bringing you more tunes, more food trucks and a Halloween costume contest. It’s a kid-friendly event too, if you’re looking for something for the family. Also, there’s a petting zoo and the vendors are local. You can find the full, impressive lineup of performers — including Austin’s Bob Schneider, Houston’s The Suffers and local faves Ottoman Turks and FIT  — on the festival’s site.

The Deathray Davies and Pleasant Grove at Kessler Theater
The Deathray Davies have been on the scene for 20 years, with their latest release being the 2021 album, Time Well Wasted. Certainly their time in this city has not been wasted. Playing support here is another Dallas outfit, Pleasant Grove, which offers a dramatic, almost gothic, spin on country.

Diamond Platnumz at House of Blues
This recording artist makes Bongo flava music, a genre which originates from his home country, Tanzania. He broke through with his 2010 single “Kamwambie” and has since garnered international acclaimed, including a nomination from the BET Awards in 2014 for Best International Act: Africa.

Kikagaku Moyo and The Paranoyds at Deep Ellum Art Company
This groovy night is headlined by a Japanese psychedelic rock band. Founded in Tokyo, Kikagaku Moyo mixes Indian music, folk and acid psych to straighten out your chakras. In support is L.A. band, The Paranoyds, with their surf-rock, pop brand of indie rock.