Erykah Badu Should Be The Next Voice Of Big Tex. 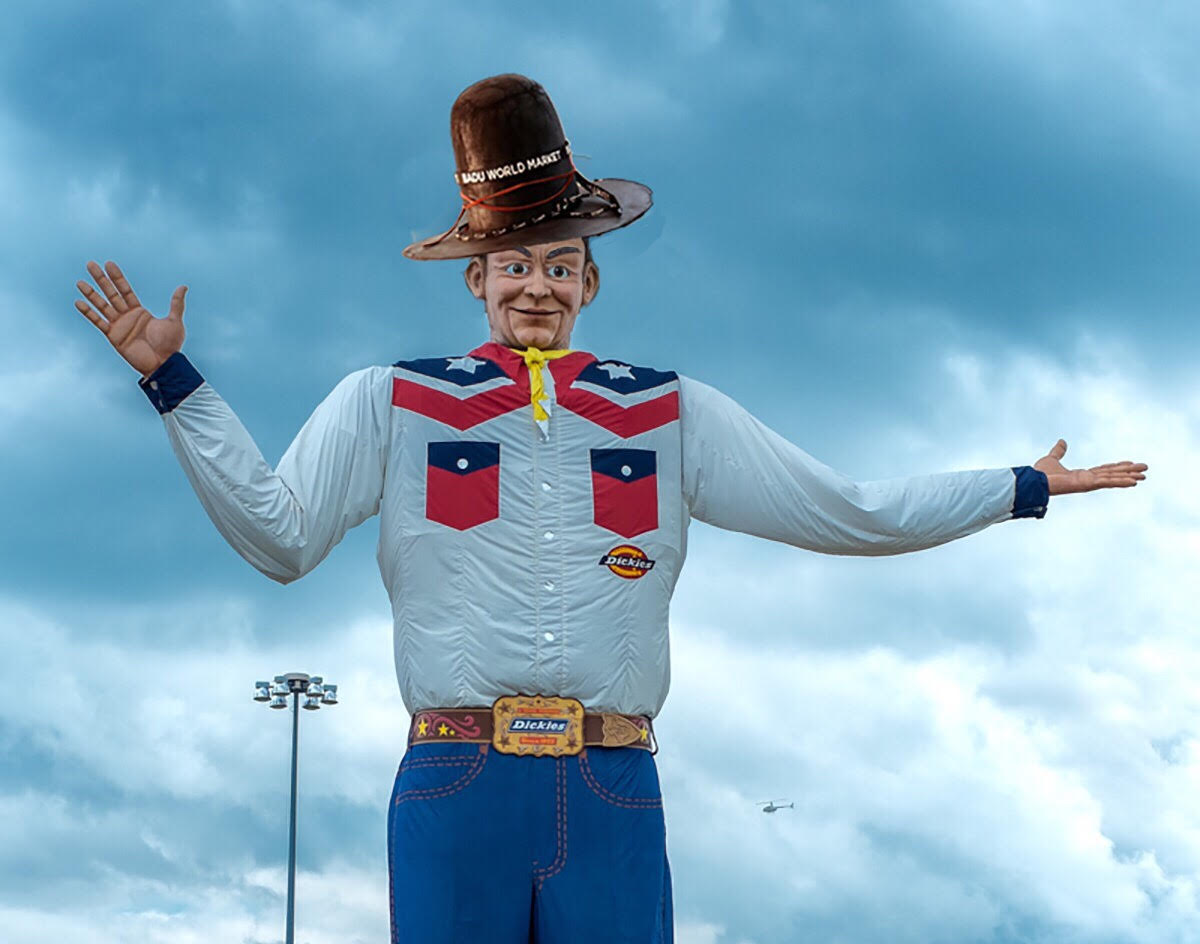 We Aren’t Sure Why It Hasn’t Happened Sooner, But There’s No Time Like The Present For Erykah Badu To Become The Voice Of Big Tex.

Update on May 12, 2020: After reading our below pitch for Erykah Badu to become the next voice of Big Tex at the State Fair of Texas, the Dallas-born and -raised Queen of Neo-Soul reached out to us and offered to submit a video audition for the role through us over a Zoom call.

Here’s the footage from that interaction:

We here at Central Track have a… let’s just say colorful relationship with the State Fair of Texas — and, for nearly every grievance we’ve had with it, we’ve been rebuffed by ardent State Fair stans who implore us to offer solutions to make it better instead of just bitching about it.

Well, ask and you shall receive.

Back on April 1, the State Fair of Texas announced it was looking for someone new to voice its most recognizable figurehead, Big Tex. But, the truth is, we aren’t really sure why there is a search at all. The obvious choice has been right in front of us all along: Erykah Badu.

When I first put this idea out into the universe on Twitter — it’s called manifestation, OK? — our founder Pete Freedman clued me into an earlier pitch someone made to get Badu to be the voice of DART. While I admire that civic-minded proposal, I’m thinking bigger.

I would like to nominate @fatbellybella for heavy consideration https://t.co/zl1aH0dlar

That’s right: I firmly believe the only sensible choice for the next person to voice Big Tex is none other than our very own Grammy-winning, honey-voiced queen of neo-soul.

Am I to believe you’re too good for a four-time Grammy winner, State Fair of Texas? As Badu would no doubt quip: Shiiiit.

If you need convincing here, consider that Badu and Big Tex have more in common than you might think: They both have an affinity for Texas-sized hats, they both call Dallas home and they’re both Texas icons.

Oh, and it needs to be said: The self-proclaimed analog girl in a digital world also has lengthy experience with, y’know, recording vocals.

“We are looking for the best voice talent to help us record professional voice overs and live readings for Big Tex,” the fair’s press release for its search reads. “On top of that, our ideal candidate is someone who shares the same love and appreciation for all things Texan.”

What’s more, you have to admit, the idea of hearing one of many Baduizm’s while waiting in the sweltering heat for a Fletcher’s Corny Dog is more digestible than the sound of your grandpa’s impression of a glitchy robot, no? Between greetings of “Welcome to the great State Fair of Texas — peace and love, y’all!” her quick wit and one of her many “That’s what she said!” one-liners, there is simply no shortage of opportunity for genius material going over well with fair crowds.

Even with the search for the next voice of Big Tex already well under way, this needs to happen. If it does, we’d even be willing to put aside our differences with the fair and maybe not slam the organization for trying to selfishly move forward with its 2020 plans amidst a pandemic. Seriously!

If you agree, then please join me in signing our petition to make Badu the voice of Big Tex.

It’s what we all deserve in a year that has been so cruel.