Erykah Badu To Sell Incense That Smells Like Her Vagina. 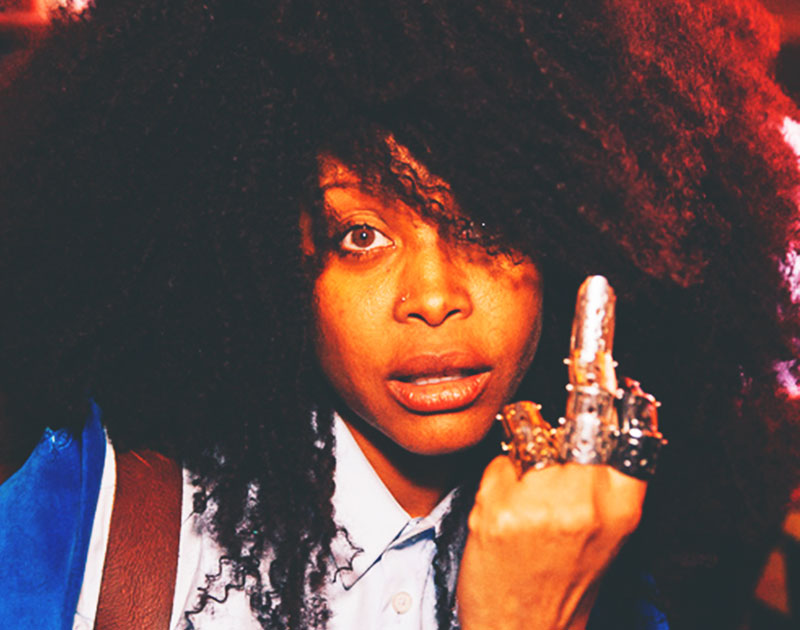 Unlike Gwyneth Paltrow’s Viral ‘Vagina-Scented’ Candle, Badu Says Her New Incense Line Is Actually Made In Part From The Ashes Of Her Used Underwear.

Last month, Gwyneth Paltrow’s lifestyle brand Goop caused a bit of a stir upon announcing that it would be selling a “This Smells Like My Vagina” candle in its online store.

Except, well, even though natural human smells are apparently in these days, the Goop candle was less genitalia-scented and more of a tongue-in-cheek metaphor. Per some reports, its scent is actually a blend of “geranium, citrusy bergamot and cedar absolutes juxtaposed with Damask rose and ambrette.” No matter: Goop still sold out of the $75 product within a week of its unveiling.

Now, imagine the uproar a fragrance would caused if it actually smelled like a celebrity’s naughty bits.

Or, actually, no need to imagine at all: Just yesterday, via a profile in the British luxury publication 10 Magazine, Dallas icon Erykah Badu announced plans to do just that.

Later this month, when she launches her Badu World Market — an online merchandise store through which she plans to sell everything from herbs to crystals to artwork and apparel — Badu will release a line of incense that smells like her vagina.

The incense — inspired by the mythology surrounding her supposedly undeniable sexual allure, which she jokingly calls her “superpower” — is comprised in part of the burned ashes of her used underwear, per 10‘s profile.

Reached by text early this morning, Badu said she was not familiar with Paltrow’s product prior to her own product announcement. She did, however, confirm the report that her used underwear was among the ingredients in her incense, which she’s calling “Badu Pussy” and says “smells like strawberries and gunpowder.”

She warns, however, that it might be as powerful as its namesake.

Says Badu of her incense’s smell: “[It’s] not for the faint of heart.”