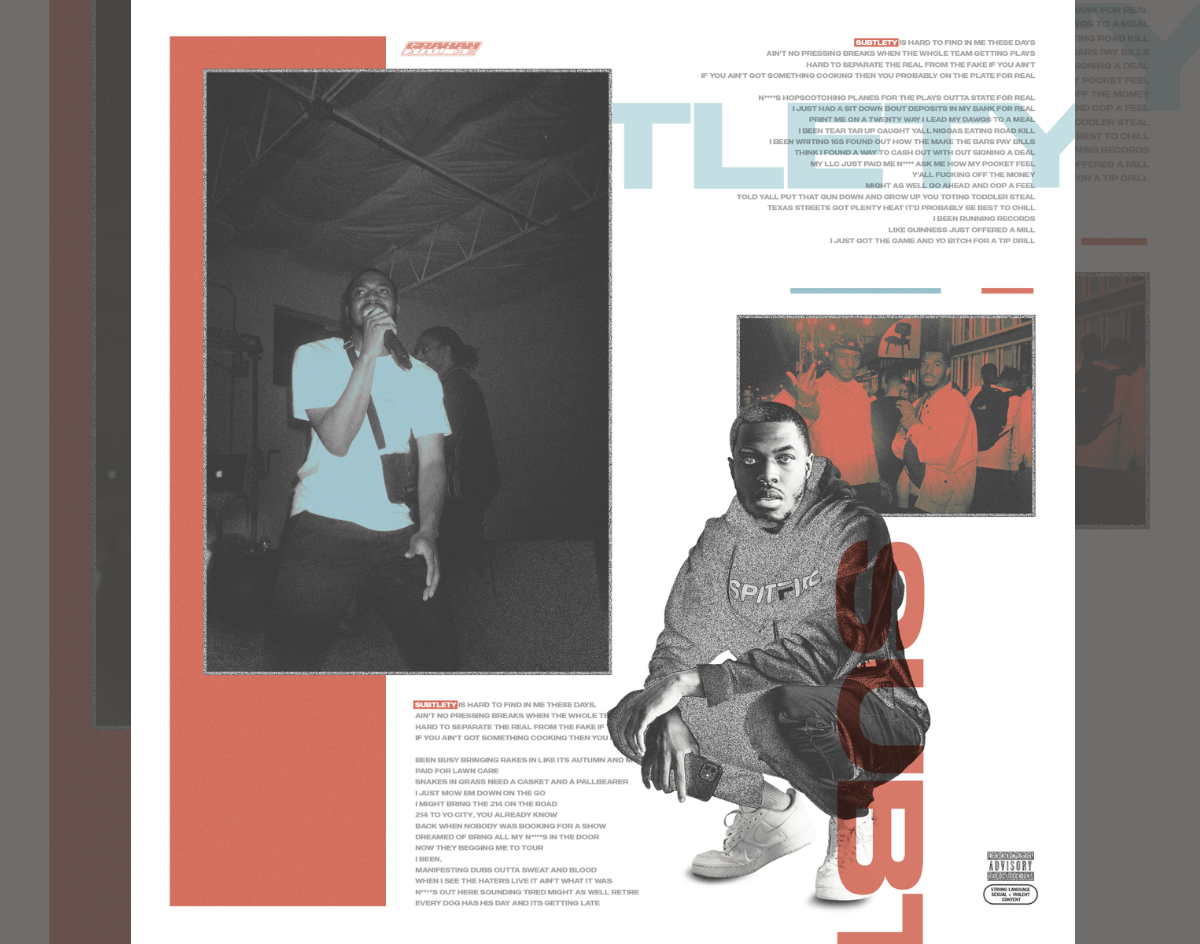 From His Features To His Collaborative Sessions, Dallas Rapper Graham Malice Is Taking The City’s Underground Rap Community To Another Level.

Graham Malice – “Subtlety”
RIYL: in your bag like 💅
What Else You Should Know: Graham Malice is a fucking superstar.

At this point, everyone in the admirable Dallas hip hop and rap community knows – or should know – that Malice is perhaps one of the most humble and supportive artists here. Not only that, but his smooth flows are exceptional and should be bragged about.

He’s definitely come up since we first wrote about him – back when we called him a genre-blending and a versatile artist. He has kept giving us reasons to keep writing about him, actually. From his features, collective and his solo work, Malice never stops doing the damn thing and taking all his peers with him.

Last month, the Dallas rapper and co-founder of the more-than-a-rap-collective group The Waiting List released “Subtlety” – his first track of the year. He cleverly raps about his grind in the industry and his efforts to keep succeeding alongside his peers. He says lines like, “Subtlety is hard to find these days/Ain’t no pressing breaks when the whole team getting plays” and “I just had a sit down ‘bout deposits in my bank for real/Print me on a twenty way I lead my dawgs to a meal.”

Malice, alongside TWL co-founder Capshun, has created a unique space for rappers and creative like himself to collab with one another, now he’s letting us know he ain’t stopping for no one.

If he’s eating, everyone else is eating too. And that’s that. Put Malice on any track – any genre – and he’ll absolutely kill it.