[Q&A] Baroness’ John Baizley Is On The Go. 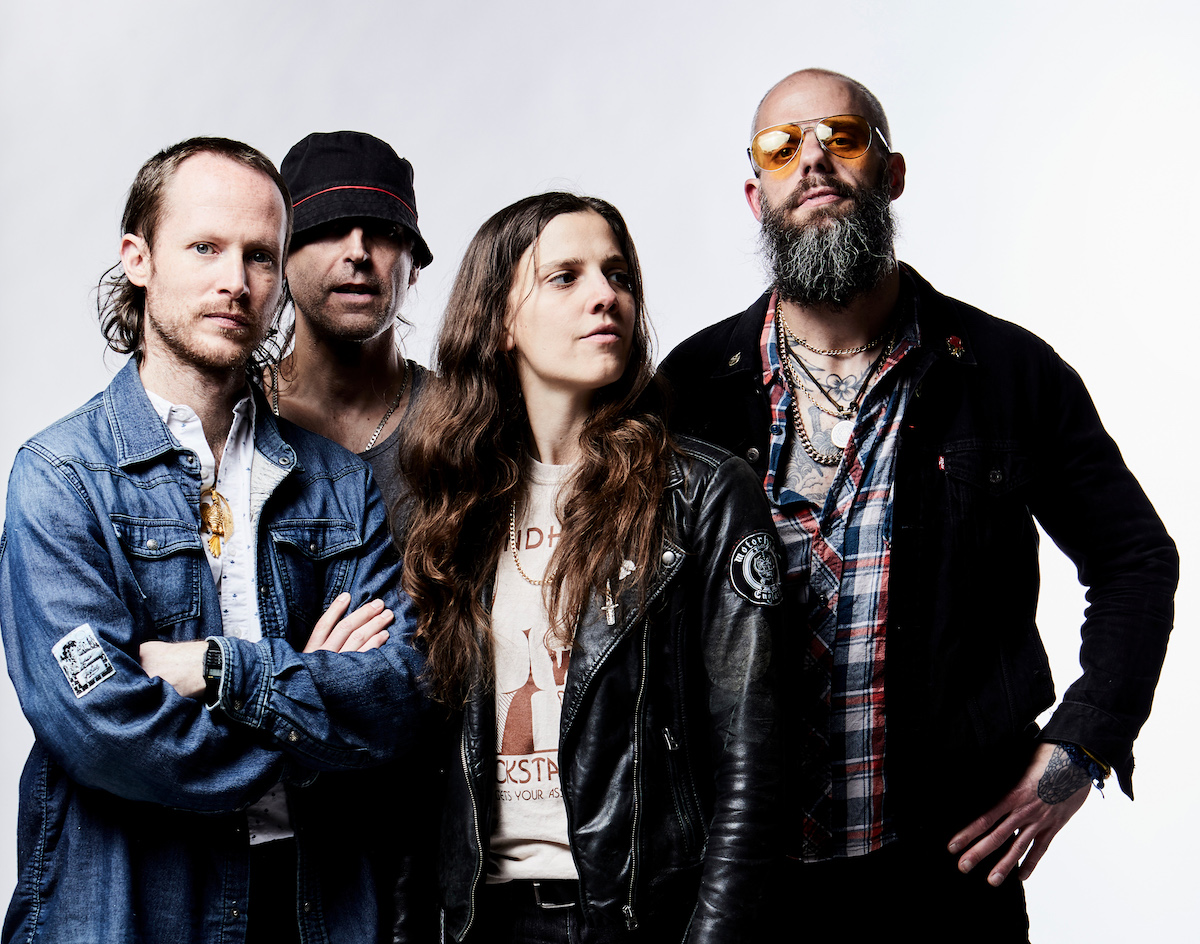 The Baroness Frontman Gives Us His Perspective On Touring, Venues And Set Lists — Plus Confirmation For New Material On The Horizon.

Normally, Baroness plays large venues when they hit town, like the Granada and the former Canton Hall. But on a delayed tour for their 2019 album, Gold & Grey, they’re playing much smaller venues on purpose. As a way of getting back in touch with their early days as a band, the psych/hard rock/metal quartet was slated to play a sold-out Three Links tonight, but the show has been moved literally across the street to Trees.

Given the recent news about the fire marshal bringing troubles from the 1990s back to Deep Ellum, we wanted to get the perspective from a national touring band about the difficulties of dealing with a matter like this, along with touring in general in 2022 and how to curate a set list with fans and the band in mind. We spoke with frontman (and acclaimed artist) John Baizley after soundcheck from a recent show about these matters.

And if it seems like an eternity since Baroness had a new album out, Baizley gave us a nice nugget of news about something in the pipeline.

Baroness has played a small venue in Dallas rather recently. You guys played the Double Wide a handful of years ago, right?

We did! That’s actually one of the smallest shows we’ve ever done.

Why did you all play there?

Well, at that point, Purple was about to come out. It was essentially a small promo tour that we did. We wanted something similar to what we’re doing now – we wanted to get into some venues a bit on the tiny side. Because, for us as a band, it’s a great way for us to work out our material. You have to perform in a slightly different manner that way. The effect of a new song on an audience is a little more immediate in those situations. So it served a number of purposes.

We did small clubs because that’s how we started, working our ways up the ranks over the years. It was a way we could nostalgically give ourselves the opportunity to play on these stages we hadn’t really played in a while and kind of missed.

This tour, we’re not really promoting anything at this point. But for me, it kinda stands in as a tour in support of our last record, Gold & Grey, which has now been out for years. Due to the pandemic, we weren’t able to give that record the attention we felt it deserved.

Moreso, it is an enjoyable experience for Baroness to play in these clubs either we would have played or we actually played in the early days of the band.

The fire marshal showed up to a recent show at Three Links, forcing a lot of the audience to watch the show from outside. Two nights before, Touché Amoré had to cancel their show at Dada, also because the fire marshal. For a tour like what you’re doing, do you have back-up venues in case of situations like this?

You have to think about that when you’re doing any kind of tour. The thing that I think a lot of people don’t consider or don’t understand – and it’s not really important that the audience understands this – the reality of touring as a band, it’s a troubleshooting experience. Every day, you take your equipment, crew and personnel and take it into an environment that is different every single day of the week and has its own quirks and its own plusses and minuses. Each city has its own situation politically, socially, culturally and you just do your best to make a show you would want to make happen, happen. Any given situation, and that includes on any night of the week or any moment that something could go horribly wrong. There could be sickness, there could be a cancellation, there could be equipment malfunctions, fire marshal issues. As a touring band, you always have to think on your toes. And you have to be prepared to make the most out of any situation.

As far as having a back-up venue, it would be foolish and a tremendous amount of work. On a 30-night tour, booking 30 clubs is enough. Booking 60 club back-ups is never gonna happen. It’s just ridiculous.

There is so much about insurance that might not sound glamorous to talk about, but it’s such a big thing for any band having to deal with it.

Well, yeah. In the extremely rare cases where anything could go wrong, it could go so wrong that it ends your career and it tarnishes your reputation. Just think about Great White 20 years ago. Theoretically, that’s why fire marshals give a shit. You certainly don’t want a band negligent of rules and regulations causing unnecessary deaths of people.

We as a band are in service to our audience and the people who pay our bill. The people who have spent their hard-earned money to bring us to Dallas. So that’s our first priority, but there are regulations for legitimate reasons.

Do you guys like to play songs that are in development?

Yeah! We’ve done quite a bit of it. It’s become more and more difficult over the years because now everyone has cell phones and our audiences are considerably larger than it has. There’s going to be a higher level of scrutiny and a higher, broader level of reach with anyone who decides to capture that moment.

I don’t think it would make much sense to showcase a whole new album of stuff before the album’s finished. For instance, when we were writing Blue, we were aware of the timeline between recording and the release and we had a bit of touring in the midst of that. We worked new stuff into our set from time to time. The fun part of that is you put your music in front of a new audience that [has] never heard it before and they give you this beautifully efficient bullshit detector. They either love it or they hate it. You can see in real time how well your material is working, assuming you’re confident with the material itself. It could be fun to do that, but we’re not doing that on this tour.

We are doing some new things on this tour we haven’t done before. We’re adding the new elements and some fresh things and concepts we have never done in the history of this band.

The perception I’ve had of Baroness, you don’t have the pressure to play certain songs every time. You can play whatever you want to play and fans will be happy.

Playing deep cuts has been a real focus of ours for a very long time. Sometimes it flies in the face of the status quo and what common sense dictates. The majority of the bands I know, when they have a new album they go out and they play that album and the hits from old albums. That works well when you’re promoting a record. And it works well for a lot of bands, but for us, it’s not that interesting. We have so many songs that wouldn’t get played in that situation and it would be a shame. Because I believe in our music.

What we make is art. While we don’t shy away from playing songs that we know the audience wants to hear, we also believe it’s our set list . . . we play songs we want people to hear and think they, in turn, will have a good experience listening to. That’s been a really positive thing for us. Something we work hard in rehearsals to make sure the material that doesn’t have the highest number of plays online and that material has the same level of importance as anything else.

For a band that’s been together for so long, I can imagine there’s still an excitement for the next new song you write.

Yeah! Precisely! I think it’s a critical importance for bands with deep back catalogs to showcase the variety of material that they have, assuming you’re proud of what you’ve done. Which we are. Even the songs that are a bit of a reach for us, I think they’re just as important to play as anything else.

Do you have a timeline on when you hope to record the next album?

We have been recording it. It’s nearly finished.

It’s been great to see national touring bands come through now. I’m sure as a musician it feels even better.

Yeah, it’s a tremendous feeling. It’s kind of an obvious thing for me to say we really, really missed playing over the pandemic when we were unable to. I think it’s difficult for me to explain how much we missed it. How important our music is to us in terms of our existence as individuals. I would never have been the person to say otherwise how much I love being onstage. But without it for so long, it became clear to me that it’s the reason I play music. I prefer and enjoy the live experience over the rest of it.