[Q&A]: The Waiting List Is More Than Just A Rap Collective. 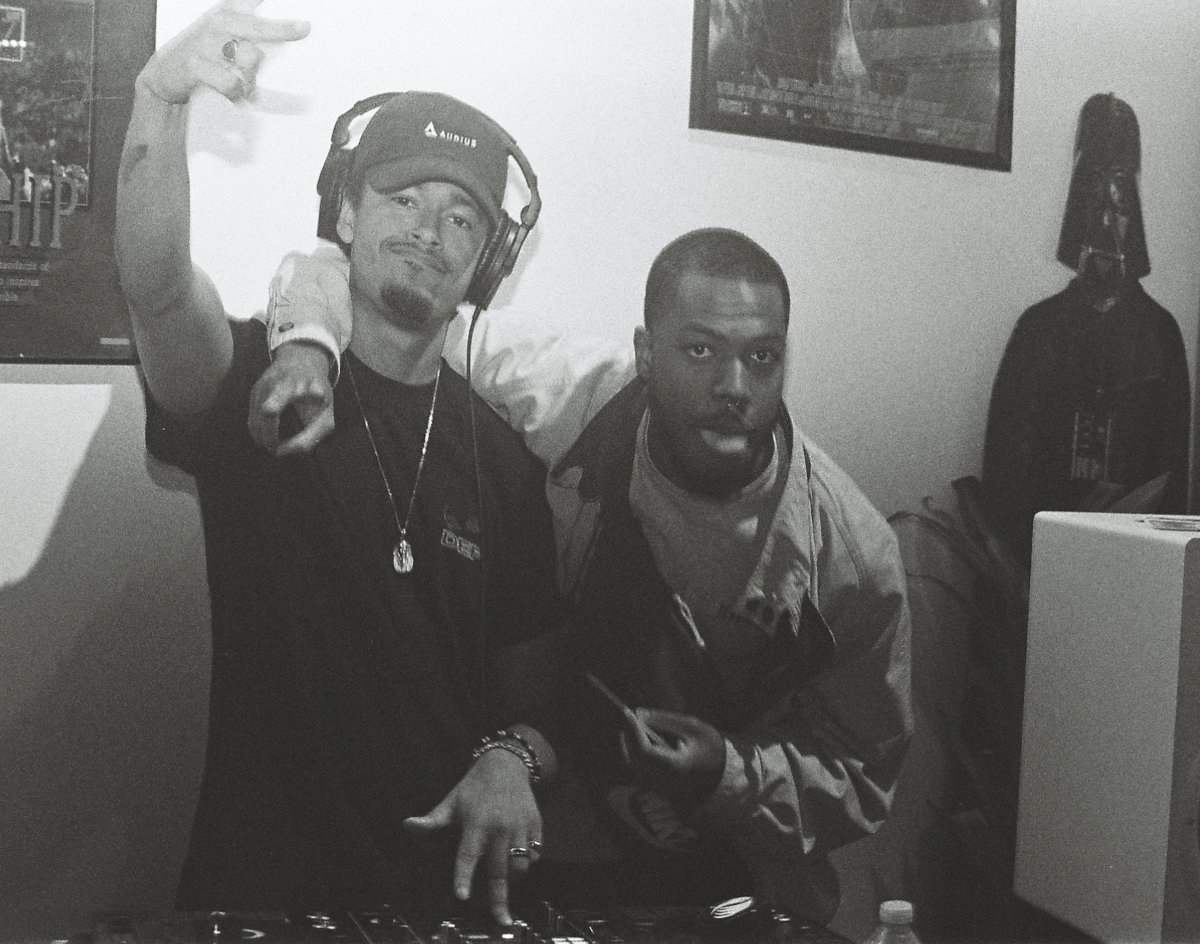 From Making Beats In High School Together To Releasing A Collaborative EP, Graham Malice And Capshun Want To Show What The Dallas Rap Scene Is Made Of.

Just last year, Dallas rappers Graham Malice and Capshun announced the formation of The Waiting List and what is now its debut record Life’s a Movie (Compilation). The idea of The Waiting List wasn’t just to release new music, even though it’s exactly what they did, but create a space for growth and community within its beloved rap scene.

Some of the best rappers in the Dallas, including Coach Tev, Devy Stonez and P$O Kwama (just to name a few), have been featured in Life’s a Movie and various other tracks. Some have worked together in the past and others have the opportunity to work with one another for the first time thanks to Malice and Capshun’s vision.

Inspired by collectives like Black Hippy and the rise of Odd Future in the early 2010’s, high schoolers Malice and Capshun would make music together in their audio engineering class. The two would be in the classroom early in the morning before class and record music through GarageBand and other online audio softwares, which they remember as being “terrible but also the most fun thing in the world.” Their friends even went as far as to match their course schedules with each other so they had time to all make music together. Even after Capshun moved away to college and the Army, the idea of being in the studio together never did.

There’s no doubt the Dallas rap scene opened up so many doors for them. It’s something they’re constantly appreciate — its what a lot of their tracks’ theme are are based the city — but they’re also admire that else it has to offer. It’s track “214 To Your City,” which landed at No. 21 on 2021’s top 100 area songs, is definitely an ode to Dallas.

So, what exactly is The Waiting List? It’s a series of sessions. All tracks are recorded and produced by Malice and Capshun, but the work really shines because of the artist they bring on. The point is to prove how great Dallas music is.

How did the idea of The Waiting List come to be?

Malice: We started it about 2019. Adrian had come back from being overseas and I had sort of been moving and shaking in the field a little bit. We linked up and one thing that we were sort of really driven towards as sort of making space for ourselves in the Dallas scene. I think that we both made pretty unique music for what’s around us and we just wanted a little bit of elbow room. We wanted to help give back to the scene that has inspired us so much.

We started doing sessions and before we actually had the name for it, it was just sort of a big, collaborative session where we were bringing a bunch of people that we fucked with in the city. Different producers, engineers and artist and we all did those sessions pretty routinely on and still do. At the beginning of last year, we announced and released out first records under The Waiting List and took charge on that. I think community building is the biggest focus for us and trying to sort of give a face to a lot of the different people in the scene.

The Dallas rap and hip hip scene is very community-based already. It’s so beautiful to see so many great artists collaborating with each other – it’s like a tight knit family. Is that something that you noticed and wanted to continue or did you feel the need to expand?

Malice: It was really that community feel and I think that Dallas in the past has had a stigma against it but we saw something drastically different. Actually being in it, there’s times where we will see people with a “crabs in a bucket” mentality, but I think that the generation that bred that maybe wasn’t tapped into the people as much as this one. I think that everyone around is so invested emotionally and physically in the scene and in each other that we just had to give a face to that. I think there’s been a lot of attempts for that, but with how we’ve done it, the structure of our sessions, how we pushed and promote the music and how we all do it is really unique.

I haven’t found anything like it. It’s really like a home feeling. We definitely just want to keep that momentum going and keep the bonds between these different artists, producers, engineers and with the scene as much as possible.

Capshun: At the end of the day, let’s say that The Waiting List ended up just not being around in some years, we want that idealism to continue into the youth. We’re trying to inspire out here in the city or whoever else who taps into The Waiting List.

If you’ve worked with a handful of artists already in Life’s a Movie. How were these artists considered before the start of the project?

Malice: These sessions are pulling from the scene as a whole. Dallas is so much bigger than it looks from just one side of it. We have a list of hundreds of different artists that we want to work with. Whenever we’re curating these sessions, we’re sort of handpicking, [as A&Rs] and executive producing like ‘I think this person makes sense with this person. I think these people could work well together. Or, these people don’t know each other but I think in this space they might be able to make something.”

As far as the Life’s a Movie goes, all these are relationships that we have with people. It’s not like we’re calling or cold-dialing anyone – we know all these people. When it came to do this, the compilation itself didn’t really start like ‘Oh, we’re gonna make a project.’ When we were doing the sessions, it naturally came about and eventually turned into Life’s a Movie.

What other tracks do you have our right now?

Malice: I think in total last year, we dropped 15 songs if I’m not mistaken. We started the year off with “Clipper” which is me, Coach Tev, Hyndrix and Capshun. We dropped a few singles and after that we dropped “214 To Your City.” With Kwama, myself and Cap. Then we dropped Life’s a Movie. We dropped a good collection of songs, including people like Angel White and Dino Noir. I think it’s like 10 different artists in total on Life’s a Movie. It’s always about collaboration and we’re always gonna be working with new people or bringing new flavors to records and everything like that – just trying to show out as many different people as we can.

I’ve noticed that in your music you guys really rep Dallas but not everybody is is originally from here. Yet, the love is still there. What do you want your listeners to understand about Dallas and its music scene?

Malice: I’m not originally from Dallas. I moved here in 2011 from California and I wasn’t into music or anything before that. The group of people that I dove into, we all started making music together as a high school thing. We all wanted to be Odd Future, Black Hippy or something. We wanted to be a fire rap collective. Of course, people sort of whittle away over time and people figure out that their passions are. I found it in music. When it came to figuring out where I fit in, I didn’t know anything about Dallas like that. It was not just diving into rap and learning about how to be a good artist, but learning about culture a lot.

I think Dallas has some of the most talented group of people in the country. I think that we have potential to be Atlanta, LA, Chicago or Florida. We have potential to be these other big cities, I think there’s just a bit of infrastructure missing. For the most part, we know what we want and we know what we can do. Every time we have the opportunity, we show it out, we show off people like Tev, Devy, Kwama and all these artists you can tell have the star power.

Capshun: Being a Dallas native, it means a lot to see people that are really pushing and repping for the city in their own spaces. Coming from different places and coming here like ‘Y’all show me love so why wouldn’t I show love back’ kind of thing.

What does a typical day in the studio look like?

Capshun: If we’re having a bunch of artists over, we’ll wake up first thing in the morning and start making music. We’ll record three, four, five songs a day depending on who all is there and how it’s flowing, and we’ll go all the way to, like, 4 a.m. On the flip side, if it’s just me and Graham, we’ll just hang out, make music or whatever’s inspiring us in the moment kind of thing.

Malice: We’ve been working together for so long – for 10 years now and —

Malice: Nah, nah, it’s 10 … oh, OH MY GOD, that’s crazy. Yeah, it’s been 11 years now and it just comes naturally. We have a really crazy work ethic. I think more than we see for most people. When it comes to doing big sessions, people are – a lot of the times – sort of surprised at how quickly we work. The sessions can be a bit of a competitive space, too, in a healthy way.

No should feel shunned from showing out, but we definitely can’t put 10 people on one song. Although everybody might write, we still got to break it down and that’s on us putting on the executive producer hat on. Whenever we’re doing the sessions, it’s really just bouncing ideas off each other trying to make it as cohesive as possible. The benefit of being in the studio with that many people is that you’re never going to run out of ideas.

We’re actually going to be releasing a deluxe version of the compilation soon. There’s a few more tracks alongside music videos and a lot, a lot of content. We just had out first ever show under the platform and we had some phenomenal feedback from the audience and people online. We’re ready to start ramping up more with that.