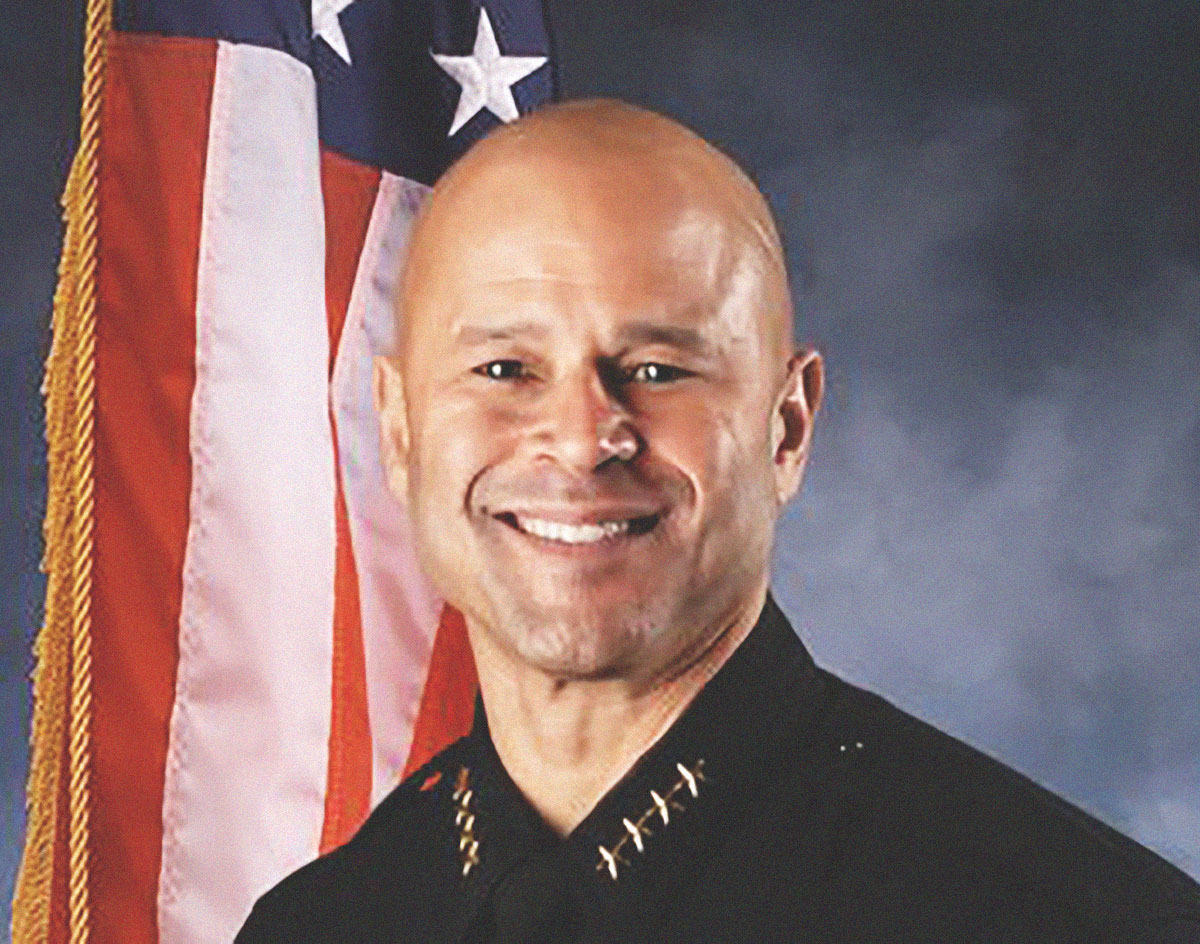 The First Latino To Serve As DPD’s Chief Starts On February 3. Let’s Take A Look At His Record — And Why People In San Jose Called Him The “Bro” Chief.

In a press release issued on Wednesday afternoon, City Hall announced that the 50-year-old former San Jose police chief Edgardo “Eddie” Garcia has been named the next chief of the Dallas Police Department.

He will be formally introduced to the public during a press conference held alongside Dallas City Manager T.C. Boradnax — the man who hired him — at 2 p.m. on Monday, December 28.

When Garcia starts his new gig on February 3 of next year, he will become the 30th chief in the department’s history, and the first Latino to hold the position.

He replaces the embattled U. Renee Hall, who lasted three years on the job and was the first woman in the role. In early September, Hall announced her resignation from the department following public cries for her to step down. Following earlier battles with the media over their coverage of her, Hall especially came under fire following her department’s handling of the first four days of police brutality protests in Dallas this summer –and particularly over how its officers kettled and arrested 674 protesters on the Margaret Hunt Hill Bridge on Monday, June 1. After publicly denying claims that her officers had fired tear gas on those protesters, an internal city document later obtained and exclusively published by Central Track proved that Hall either knowingly or, with gross negligence, lied about that fact. Her last day on the job came on December 14.

For his part, the bilingual and Puerto Rico-born Garcia — a 28-year veteran of the SJPD — was also criticized for the San Jose department’s handling of police brutality protests this year. But whereas Hall responded to those criticisms with a handful of reforms — and needed a temporary restraining order put in place to keep her department from firing tear gas and “less-lethal” projectiles on its citizens — Garcia took objectively larger steps, promising that his department would only fire projectiles “in situations where a person is actively attacking an officer or another person or when an armed agitator poses a threat to officers or other peaceful protesters.” Yet he also stood firm in support of his officers’ actions during a stretch in which they arrested 180 people and fired rubber bullets into crowds, leading protesters in that city to call for his job just as activists here called for Hall’s. And, much like Hall was criticized for losing the respect of her department over the course of the protests, so too was Garcia.

Perhaps to his credit, though, Garcia never lost local elected official support as Hall did. When he announced his intentions to step aside from his role as San Jose’s chief in August, that city’s mayor praised Garcia’s contributions to the community in a goodbye tweet: “History will remember Chief Eddie Garcia as a dynamic, exuberant leader who gave his heart + soul to his hometown. He has helped rebuild the ranks & morale—building the faith that officers had in themselves and in their own mission.”

Garcia did take some commendable steps during his time as chief of SJPD. Since elevating to the position in 2016 — first in an acting capacity and then fully confirmed just a few months later — Garcia has regularly pushed the need for more “progressive” policies in interviews. He has also repeatedly championed community policing as integral to any police force’s success. In 2016, the right-wing media outlet Breitbart News slammed Garcia both for saying there are “absolutely” too many guns in America and for calling Black Lives Matter a “valid movement.” In 2018, following the death of Eric Garner at the hands of police in New York City, Garcia’s department adopted a no-chokehold policy. In 2019, his SJPD became the largest department in the nation to fly a rainbow flag in support of its local LGBTQ community.

After being announced as a finalist for the job at the beginning of this month, Garcia stood out as one of the top performers of the public forum held with the candidates on December 17. Here’s what we wrote in reaction to his performance that day: “Garcia performed really well in this setting. He looked excited to be there, he had a solid grasp on the issues modern policing faces, he acknowledged his weaknesses alongside his strengths, he appeared openminded to new ideas and, most importantly, he did his homework. With four of his competitors in this search having deep Dallas ties and another being from a neighboring city, Garcia clearly wanted to present himself as not just another outsider. He managed to do that, too: Throughout the forum, he confidently referenced specific city neighborhoods and issues with the department that he’d read about in the press.”

While not the internal DPD hire many expected, Garcia made sure to point out in that setting that he had the big-city experience necessary to enter the Dallas market, repeatedly pointing out that San Jose is the 10th-largest city the United States. Dallas is, of course, the ninth-largest — although, to be fair, the city’s population difference is around 300,000 people in Dallas’ favor, and increase of some 30 percent. Also in that forum, Garcia made sure to point out that he was intimately familiar with North Texas, and that he planned to retire in our region whether he was hired as DPD chief. Additionally that day, he publicly outed himself during his closing statements as a lifelong Dallas Cowboys fan, calling himself “probably the biggest Cowboys fan in the Bay Area.” (Poor guy.)

We’ll say this: Garcia certainly feels like a modern police chief (whatever that means), although he should really get on updating his Twitter handle ASAP. Looking back on his time with SJPD during his last day on the job earlier this month, Garcia tweeted out a Steve Jobs quote about leadership. The latest in an increasingly long line of Californians to flock to Texas, he is also an avid CrossFit fan — to the point where he was jokingly referred to as the “bro” chief. Say what you will about that, but: Dude is absolutely yoked. (He also has three children and a wife who works in the media.)

As expected, in his own congratulatory statement to Garcia, Dallas Mayor Eric Johnson continued stumping for DPD to better address violent crime in the city under the new command’s watch — an issue Johnson accused his political opponents of “falsely” calling a “crisis” back while he was campaigning to become mayor.

Still: Dallas is currently on pace this year to face its highest annual homicide count since 2004, and those murders are happening all over the geography of the city.