The Officer, Who Was Previously Arrested On Family Violence Assault Charges In 2017, Now Faces Charges Relating To Two Murders From That Same Year.

A 13-year veteran of the Dallas Police Department was arrested on two capital murder charges on Thursday. 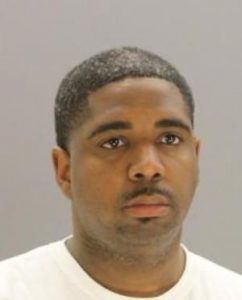 Bryan Riser, an officer assigned to the South Dallas patrol division, is currently in custody and has been placed on administrative leave pending the results of an internal affairs investigation.

This is not the first time Riser has been arrested while serving within the Dallas Police Department. In 2017, he was arrested on a misdemeanor charge of assault family violence causing bodily injury following a fight with his girlfriend.

The murders he was arrested for also took place in 2017. In a press conference on Thursday afternoon, new Dallas Police Chief Eddie Garcia detailed the cases: The first involves a 30-year-old woman who was found dead in the Trinity River on March 10, 2017; the second involved an August 14, 2017, kidnapping and murder allegedly occurring on Riser’s order.

The Dallas Morning News was the first to break this story after its reporters obtaining an internal DPD memo about the arrest, in which Garcia said, “This officer’s actions not only tarnished the badge, but it hinders the efforts of those who go out every day to inspire the public confidence and create respect for the law enforcement profession.”

At Thursday’s press conference, Garcia doubled down on this sentiment, while also acknowledging that former Dallas Police Chief Renee Hall had been previously aware of the allegations against Riser, which had been known internally within the department since 2019.

“This individual [Riser] has no business wearing this uniform,” Garcia said. “I can’t be clearer than that.”

Riser is not the first DPD officer who has previously faced criminal charges to have again been arrested of late. In late January, Senior Corporal Keith Huber was arrested on family violence charges very similar to ones he also faced in 2017.

Studies suggest that as many as 40 percent of cops abuse their family members.

SEE ALSO: WHAT’S IT TAKE FOR LAW ENFORCEMENT TO GET DECERTIFIED?

Beyond the rampant criticism DPD received last summer in the wake of its handling of police brutality protests throughout the city, the department Chief Garcia inherited this year has been in dire need of reform for some time. In the last few month’s of Hall’s tenure, multiple officers within the department began speaking out about an increased need for changes in organizational structure and holding fellow “bad apple” officers accountable for their actions.

In related news, former Dallas Police officer Amber Guyger, who in 2019 was convicted on murder charges for the headline-grabbing killing of Botham Jean in 2018, this week had a court date set for the August 2020-filed appeal of her conviction. Arguments in her appeal will begin at 1 p.m. on April 27. The proceedings will be held over Zoom, and will be broadcast to the Fifth District Court of Appeals at Dallas’s YouTube channel.

Meanwhile, a little ways north of Dallas, a Denton Police officer was arrested by the FBI on Wednesday on child pornography distribution charges. Officer David Schoolcraft is a 15-year veteran of the Denton police force.

Update at 11:39 p.m. on March 4, 2021: The Dallas police department has released the affidavit for Riser’s arrest. It’s wild. Check it out below.

Meanwhile, former DPD Chief Renee Hall has issued a statement explaining why her department never arrested or put Riser on leave upon identifying him as a person of interest in these cases in 2019, saying that doing so could’ve jeopardized the investigation.