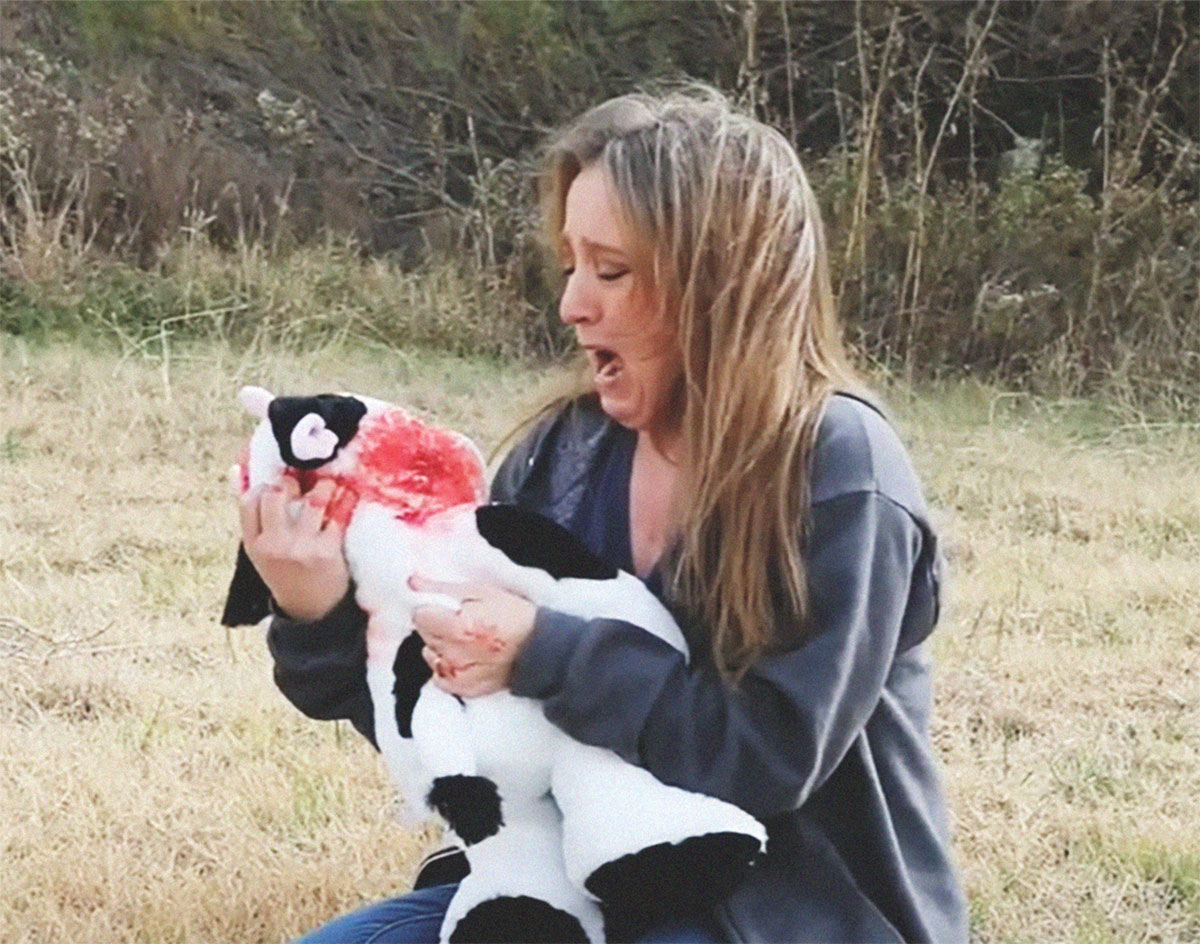 The Dallas Police Department’s Latest Plea For Residents Not To Celebrate The Holidays With Gunshots Is Seriously Rad — It Even Has A Bloodied Cow Doll!

Year after year, when heading into New Year’s Eve and the Fourth of July, the Dallas Police Department will issue public statements asking residents to please not fire their guns into the sky as part of their holiday celebrations.

It’s easy to understand why cops are so against these happy bullets (the concept; not the Dallas band of the same name) — and it’s not just because the practice can result in rare but still quite dangerous real-life implications for such gunshots.

The fact of the matter is this: DPD’s 911 operators just straight up cannot handle the number of calls they get when people report instances of this activity each holiday. Already long lambasted for their poor emergency call response times — a problem only exacerbated by new policies the department had to put into place as a result of the current pandemic — DPD’s phone lines are especially busy on New Year’s Eve every year. In fact, the department reported getting 711 calls about gunfire in a four-hour period on New Year’s Eve heading into 2017, and claimed to have even received more than 900 such calls in a six-hour stretch the year prior.

The issue at hand is that DPD believes that these calls make it more difficult for them to deal with even more-serious emergencies that people might be simultaneously attempting to report.

So, just as it does with its similarly timed DWI warnings, the department makes a point each year to issue warnings that it hopes will deter people from engaging in any potentially reckless behavior in the first place. These PSAs remind people that shooting off guns or illegal fireworks can carry a penalty of up to $4,000 in fines and a year in prison — or, if the charge is upgraded to deadly conduct, a fine of up to $10,000 and a sentence of two to 10 years.

These warnings also tend to come with a suggestion that people call in reports when they see others dangerously celebrating — although, y’know, that’s really not what the department would prefer, but they’re still the cops, so what else are they gonna say?

At least this year’s PSA is a genuinely interesting watch, though! Unlike past truly bad and hideously produced more straightforward efforts — a model still used in a separate, but far less compelling, campaign also released by DPD this year — this latest clip really has to be seen to be believed.

Beyond the improved graphics and a narration that comes courtesy of a former news reporter now employed by the department, this 37-second clip features an actor portraying a drunk guy whos fires off a handgun in an empty field and also a woman apparently devastated by the fact that one of the bullets shot by the aforementioned drunk went on to hit her… um, suddenly bloodied and presumably dead plush cow doll, we guess?

Seriously, check this wild shit out:

Great as that is, the 43-second Spanish-language version is somehow even better:

Listen, the DPD has been in a bad way for a long time now, and it’s just now wrapping up an objectively horrendous and shameful year in which its officers didn’t just violently attack civilians in high-profile situations but did so with their top brass’ blessings while even laughing about the pain they inflicted. Still, credit where it is due: These videos are fucking incredible.

There’s no doubt that the department’s just-hired new chief has his work cut out in reforming all of the department’s ills in the years to come. But he doesn’t need to worry about the video staff, which has historically sucked but is now maybe the best thing DPD has going for it.