Dallastrology: The Bluest Of Stars Rise In Scorpio Season. 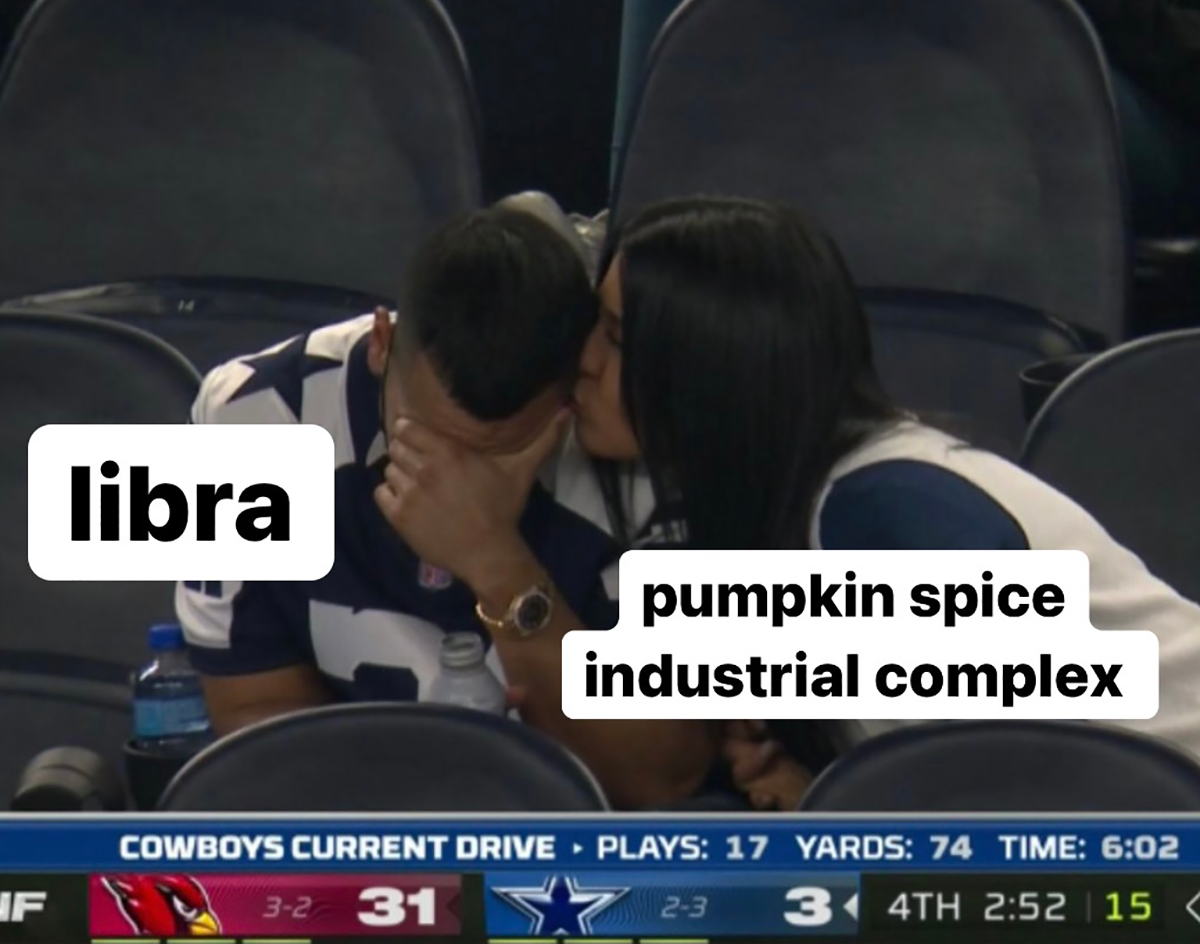 Lift Your Head Up, Masochistic Cowboys Fans: Though Your Home Team Pride Is Falling, The Stars Are Here To Comfort You Through This Trying Time.

Mere weeks after the city’s sports hopes were collectively gutted by the Dallas Stars’ Stanley Cup Final loss, the Dallas Cowboys have popped up to rub a bit of salt in our wounds.

With injured quarterback Dak Prescott watching on from the sidelines, the Cowboys’ already bleak season only got worse this past Monday night as the team put up a miserable effort in its 38-10 home loss to the Arizona Cardinals.

There’s no getting around the fact that this is going to be a rough season for Cowboys fans — and particularly so when the defensive unit is on the field, as the Cowboys’ defense now ranks as the league’s worst.

We’re not sure that even team owner Jerry Jones himself took Monday’s loss as hard as this widely memed unknown Cowboys fan did, though. Late in the fourth quarter, this fan’s hand-in-face misery was broadcast all across the globe — as was his girlfriend’s attempts at cheering her king up.

The weirdest part of this all is we don’t even blame the dude for feeling this way. He paid for a ticket in the middle of a pandemic, probably hoping for a little bit of solace during this crazy year, and that was the performance he witnessed on the field?

Next up, the Cowboys will take on the Washington Football Team this Sunday, October 25, at noon. Here’s hoping our man has his comforting queen by his side again.

In the meantime, maybe you’ll find comfort in what the stars have in store for you now that Scorpio season is upon us. Or, on the other hand, maybe you won’t. 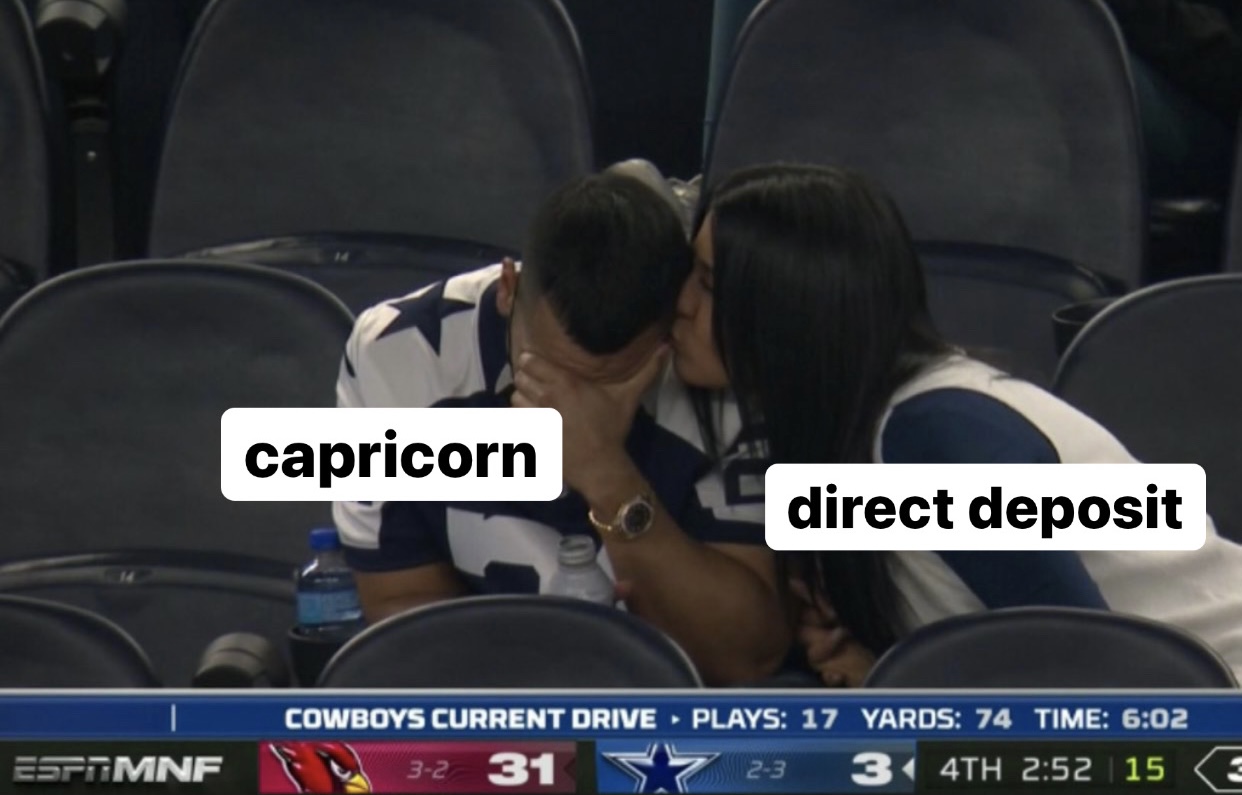 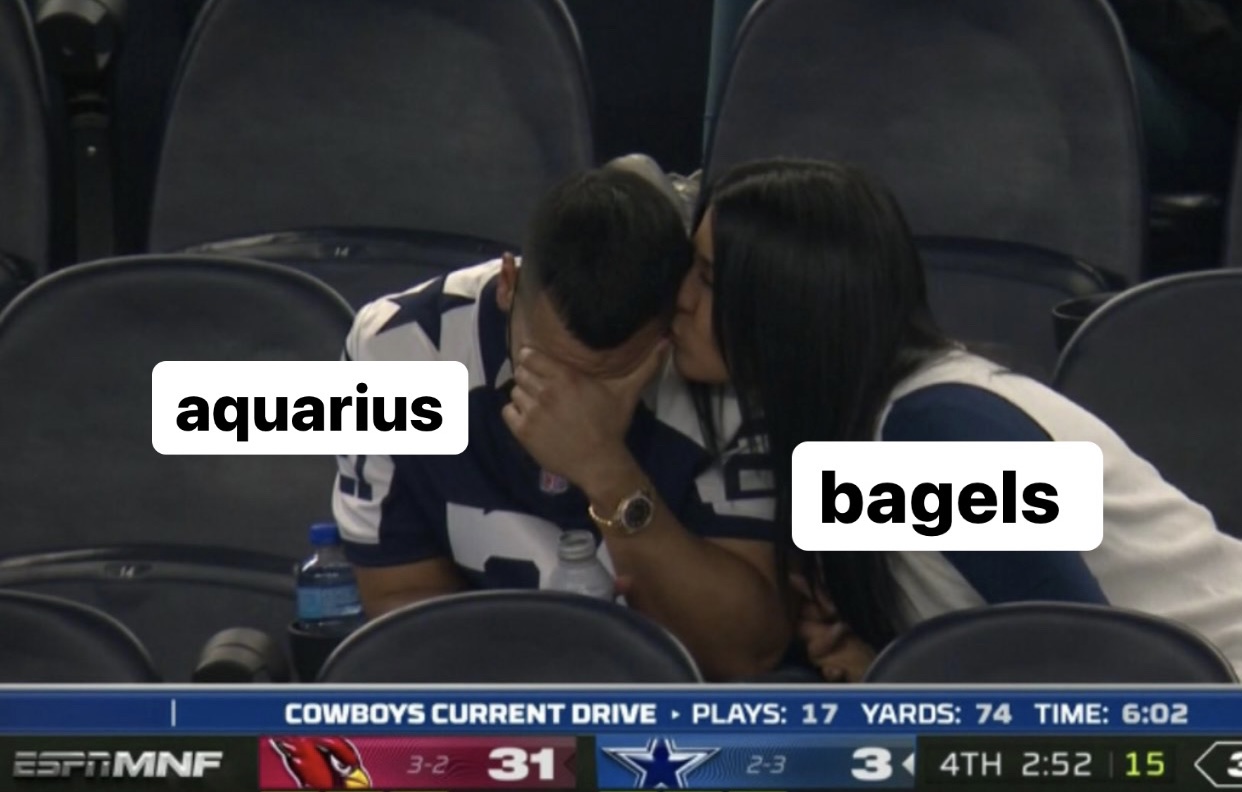 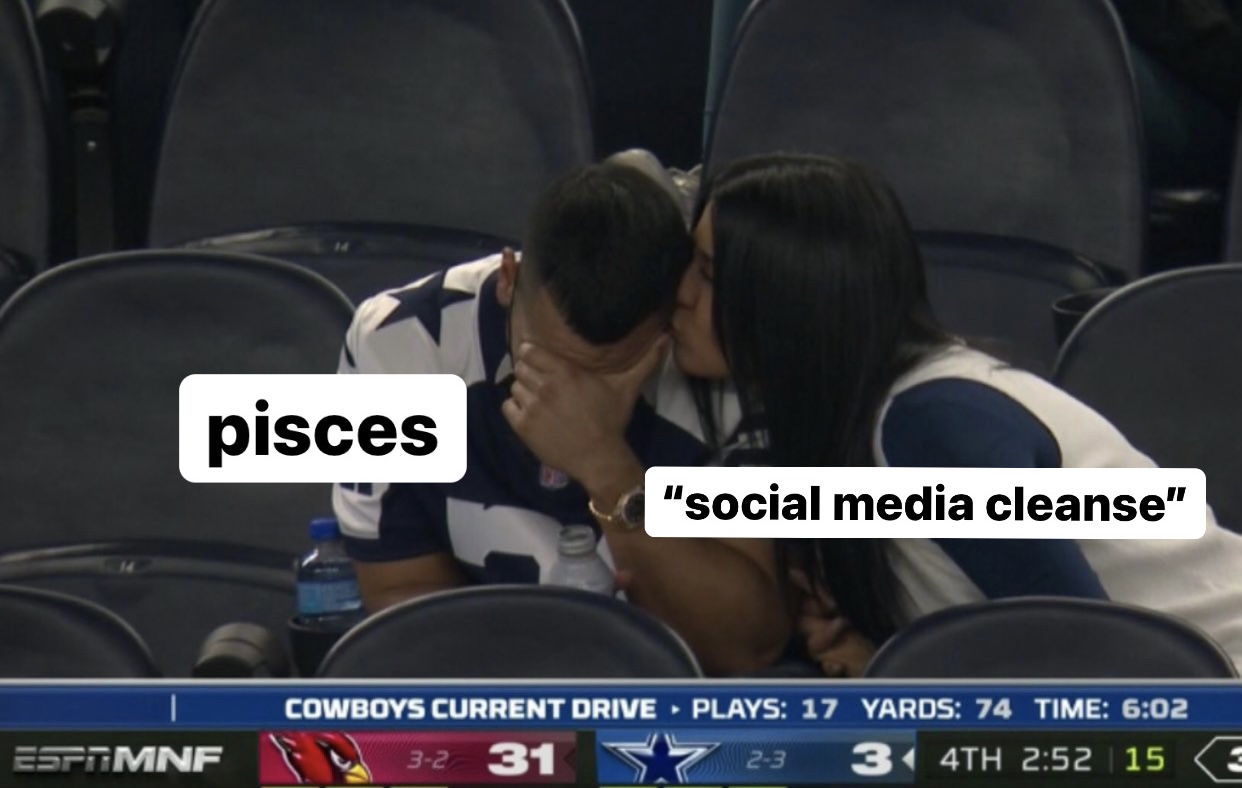 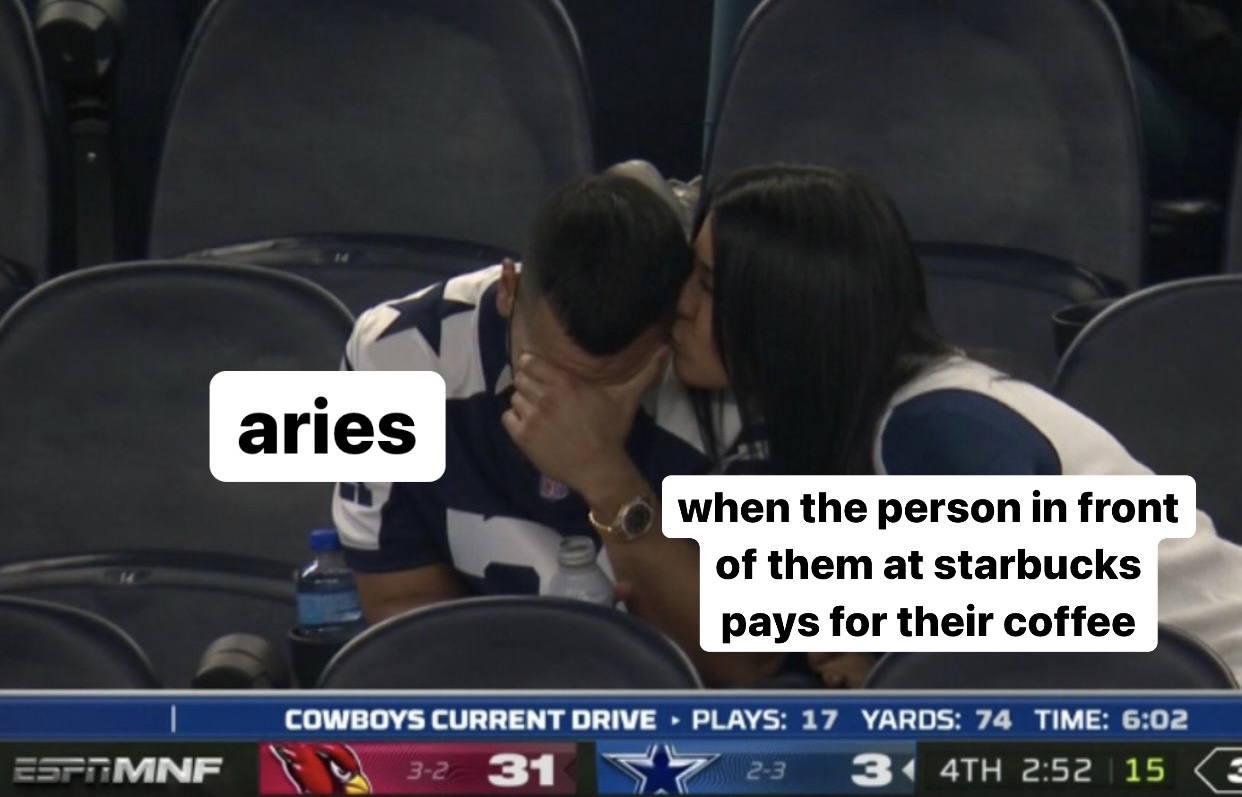 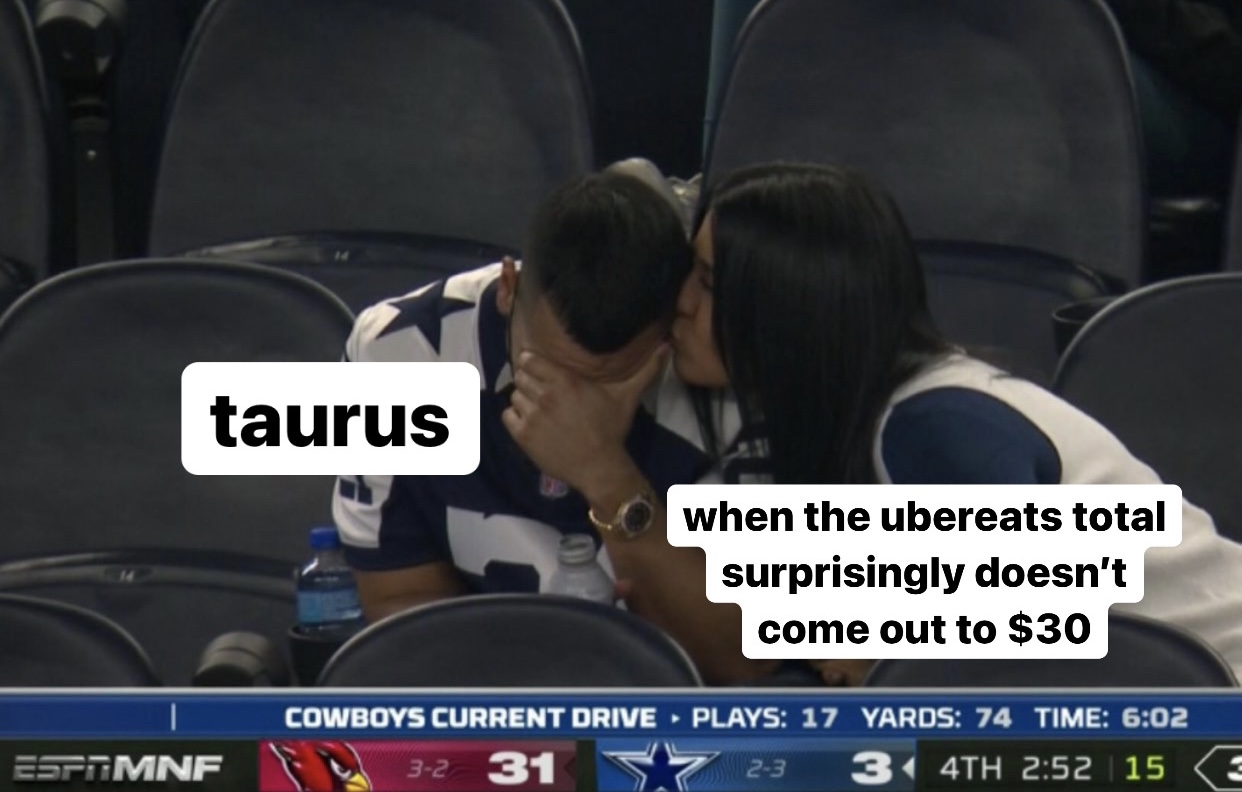 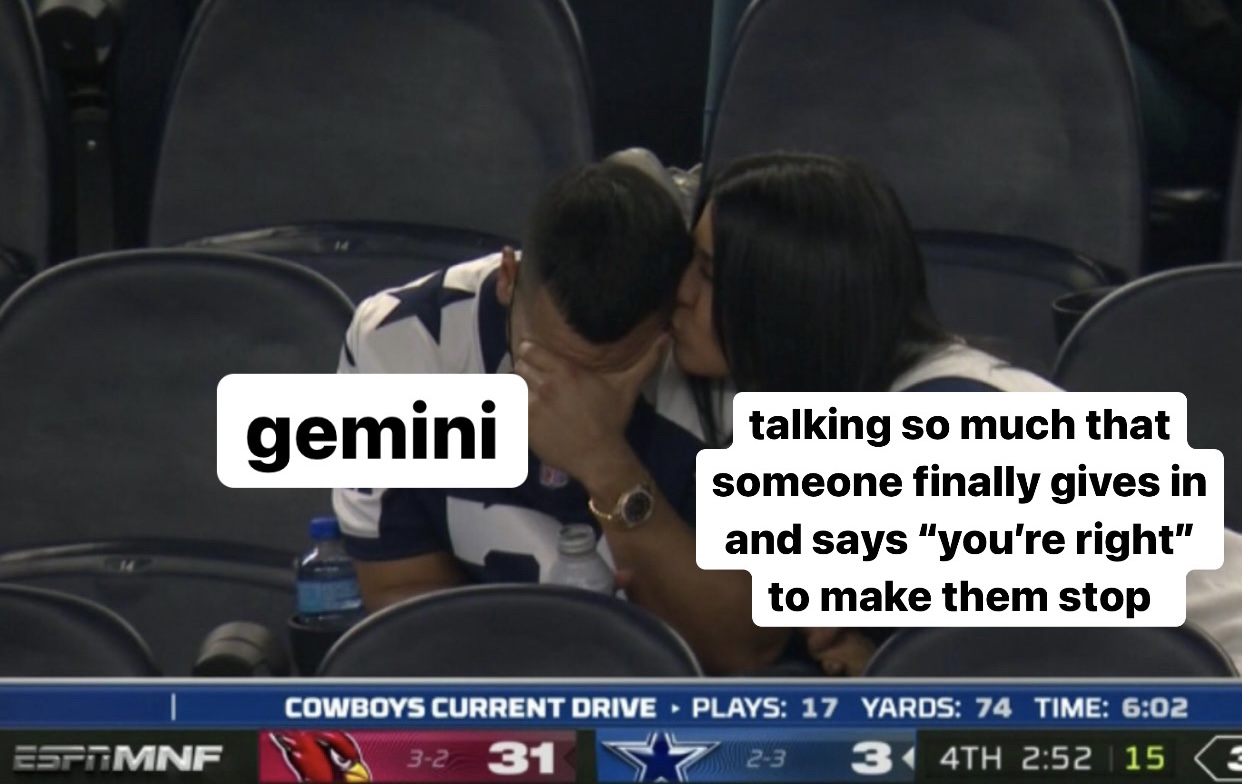 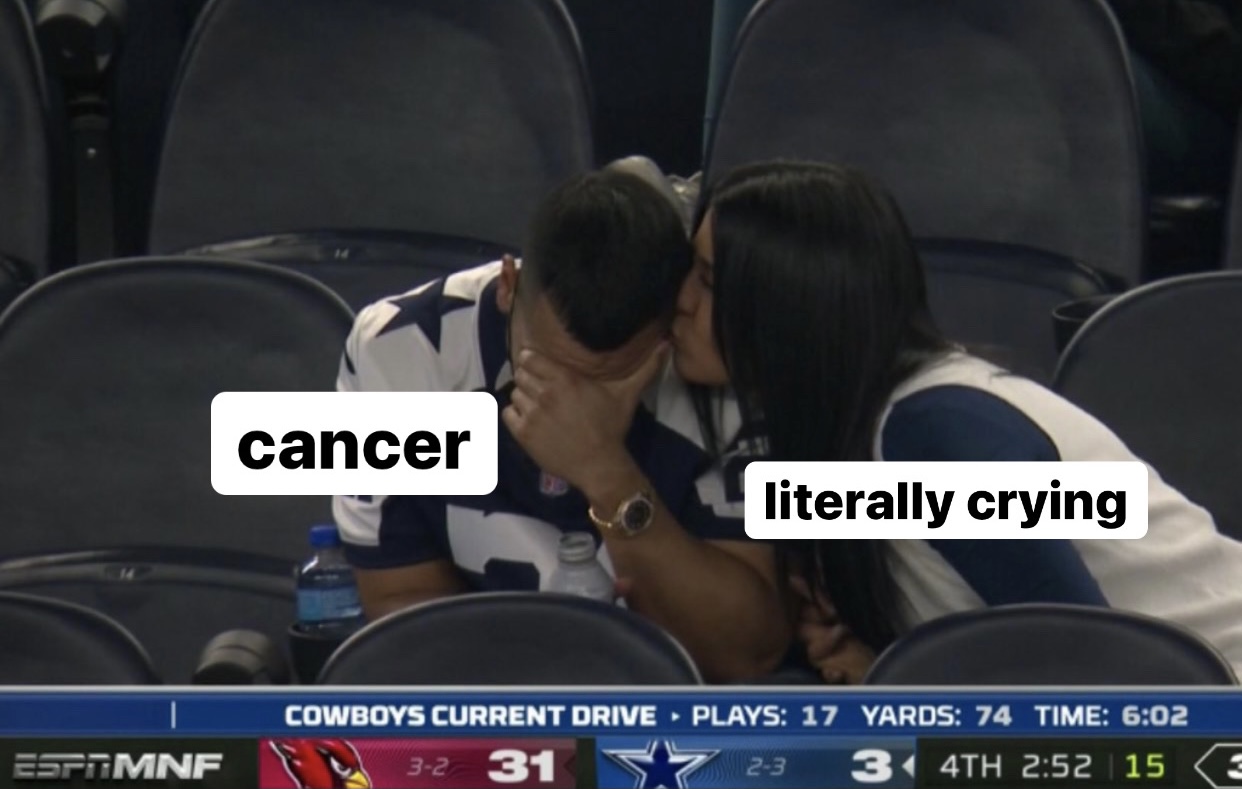 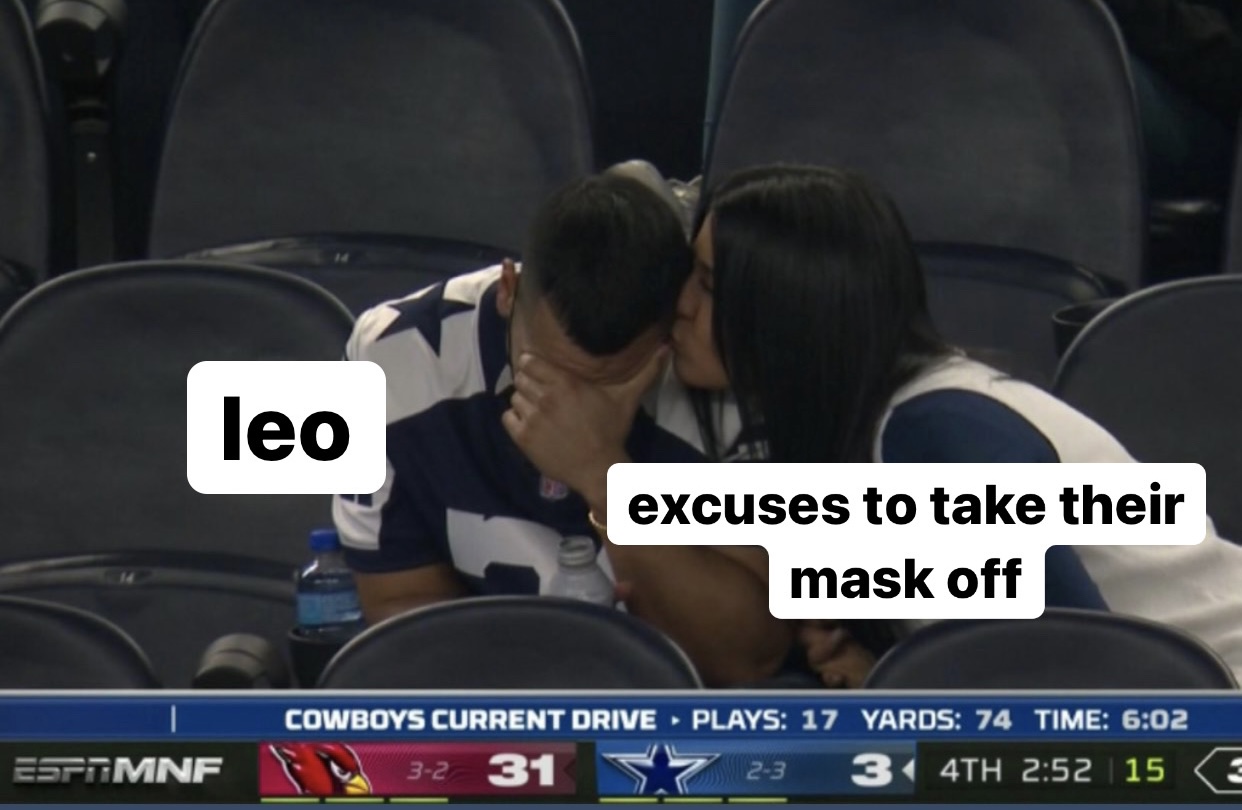 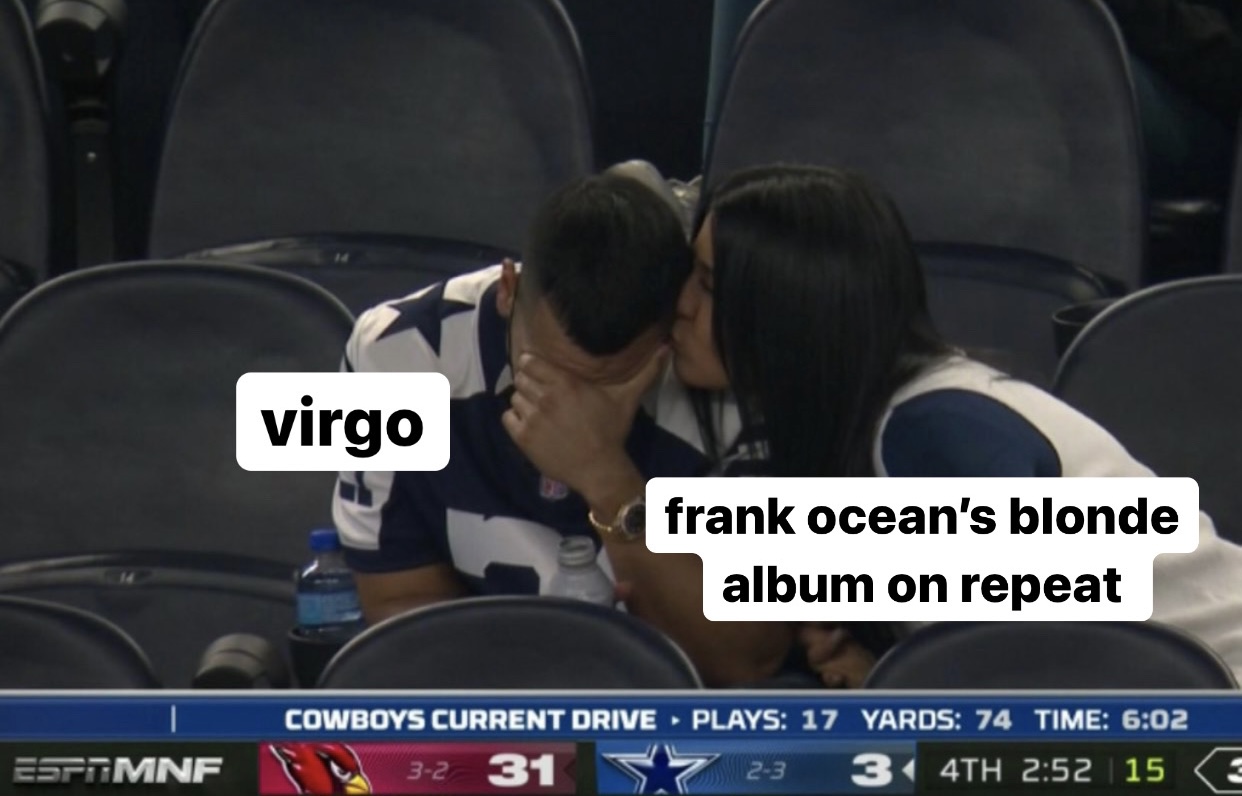 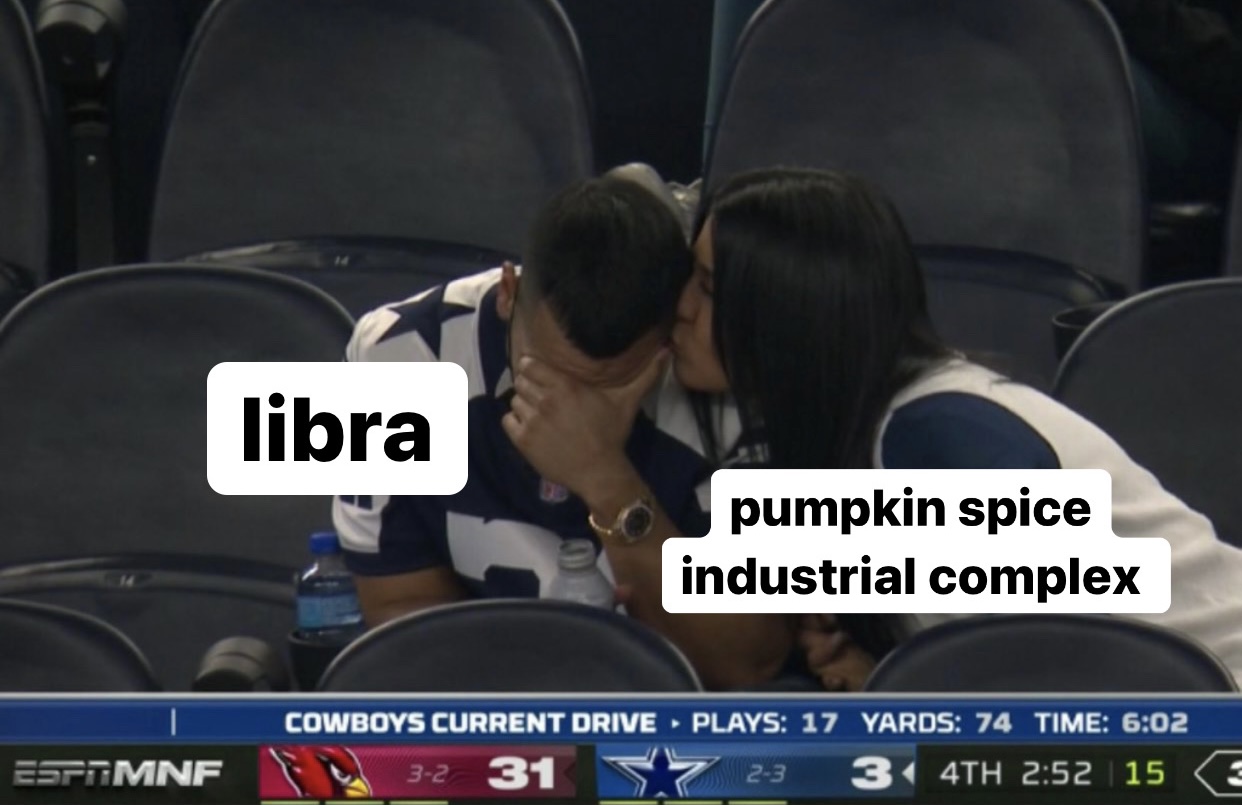 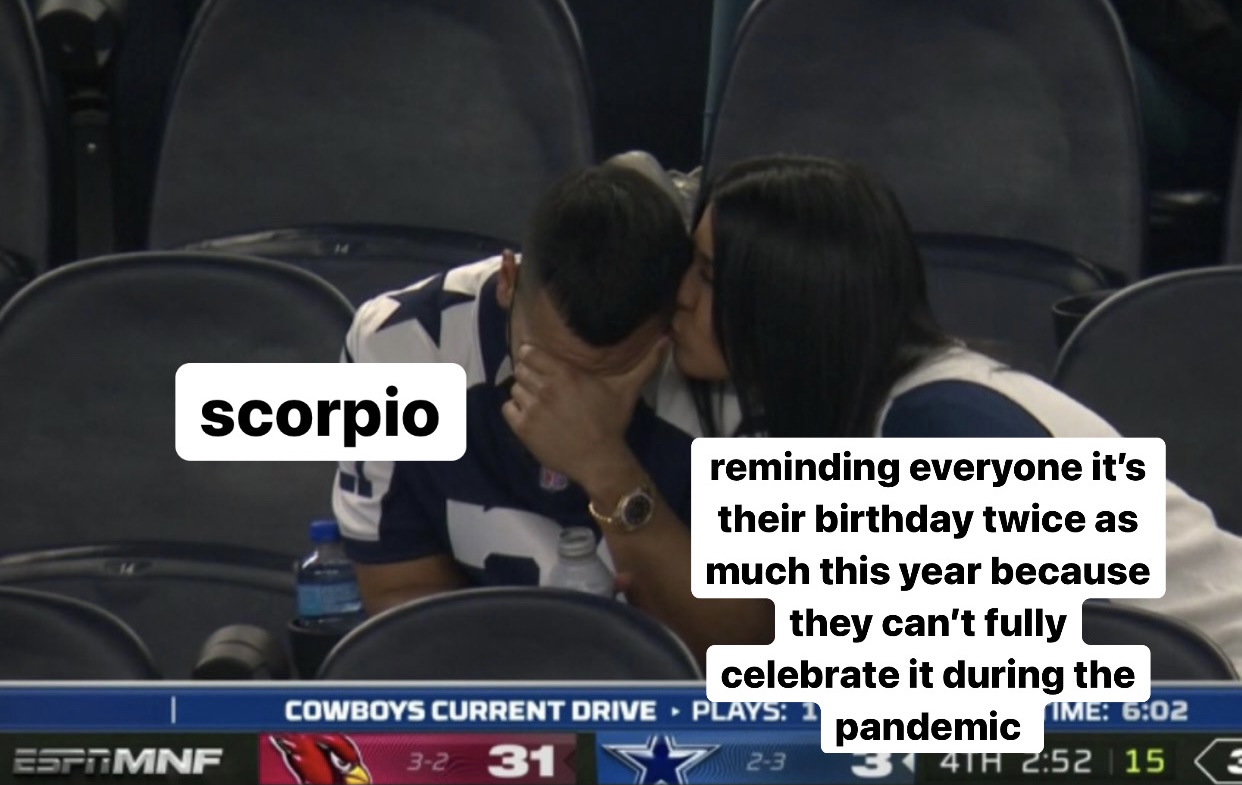 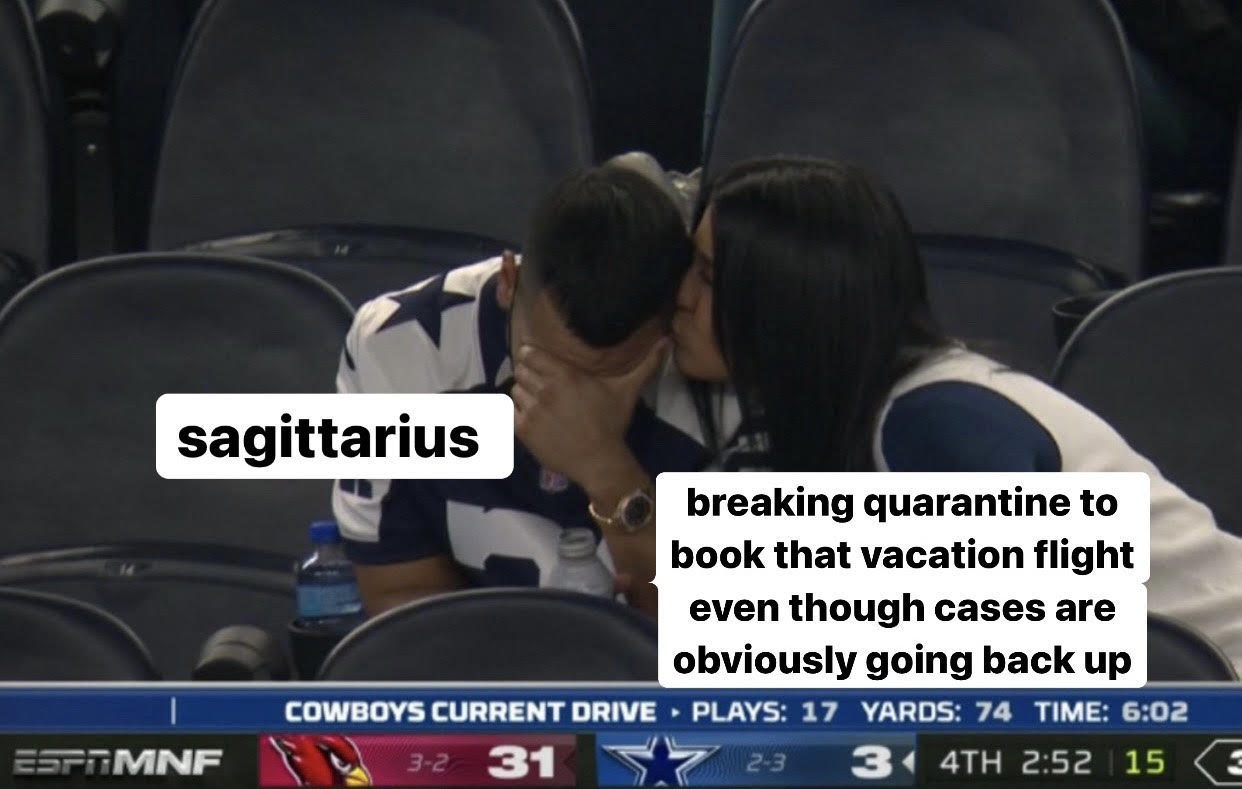