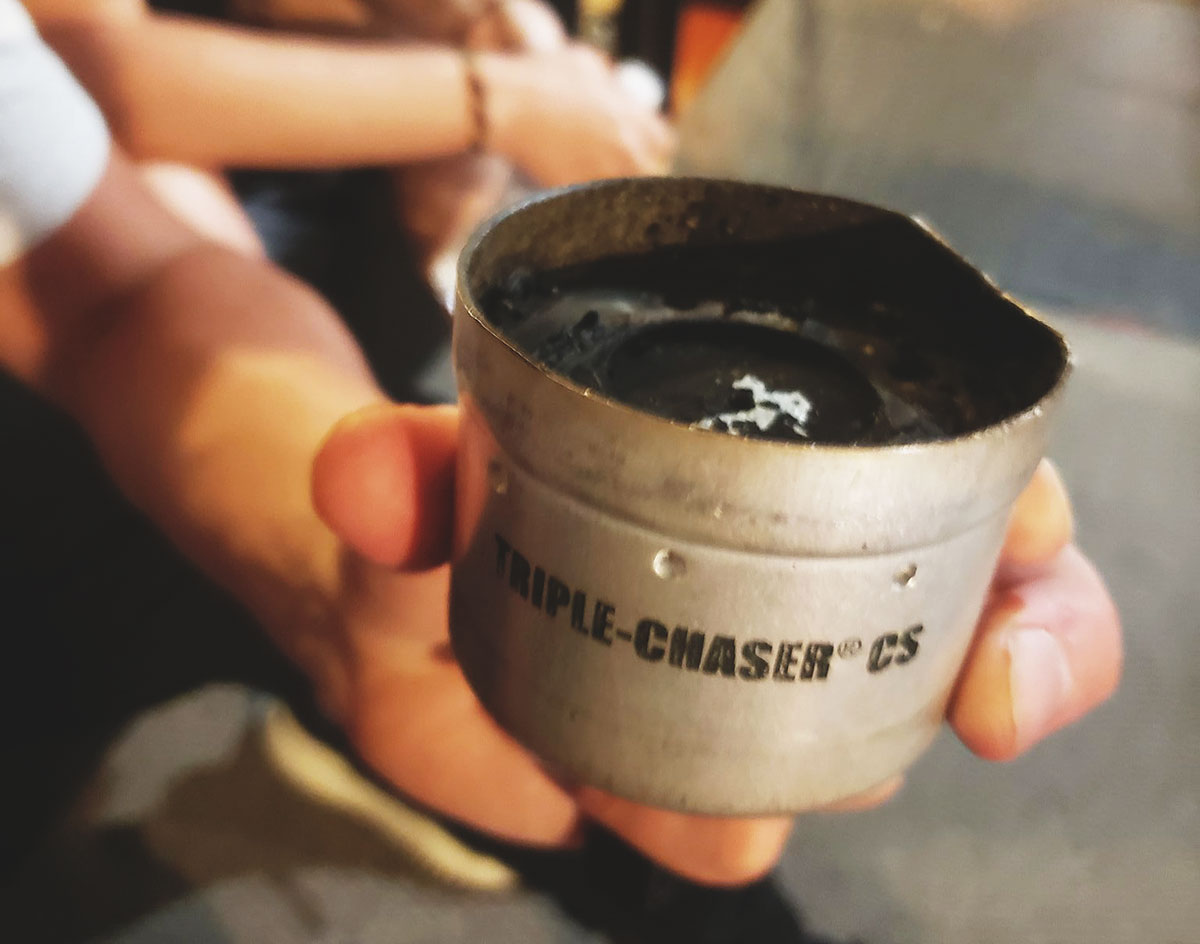 For the third time in just over a month, city attorneys and lawyers representing the plaintiffs in a lawsuit against the city have agreed to an extension on the temporary restraining order currently banning the Dallas Police Department from using chemical and “less-lethal” weapons on peaceful protesters.

The original, June 11-filed 90-day TRO attorneys agreed to banned DPD officers from using tear gas and other chemicals against non-threatening people at protests. The order also prohibited them from firing and/or deploying kinetic-impact projectiles (see: rubber, sponge, wooden and other “less-lethal” bullets) into crowds under any circumstances.

After that initial TRO expired in September, attorneys agreed to a 30-day extension on the agreement that lasted until October 9. Upon that extensions expiration, they agreed to another week-long addition to its timeframe — and, now, they have agreed to an additional 30-day extension on top of that week-long one. Should U.S. District Judge Sam Lindsay sign the latest filings as he has the previous ones, the current TRO will provide protesters “who are not posing any immediate threat of serious harm to anyone” protections from officers firing “less-lethal” weapons at them through at least November 15. Update on October 15, 2020: Lindsay has, indeed, signed the filings.

(The order extension filing can be found here, and its joint stipulation here.)

The continued extensions come as attorneys continue negotiating the language surrounding DPD’s policy on chemical weapon and “less-lethal” projectile usage. Lawyers say talks on this front have stalled somewhat given the state of transition DPD currently finds itself in following Chief Renee Hall announcing her impending resignation from the force.

Prior to announcing her plans to explore “future career opportunities” last month, Hall was widely criticized for giving her department the OK to use tear gas and other “less-lethal” projectiles during the chaotic early days of a Dallas summer filled with police brutality protests.

Despite gruesome video showing officers laughing after injuring protesters with wooden bullets, Hall eventually lost the confidence of Dallas City Council for having publicly denied that her officers used tear gas on the 674 protesters they kettled and detained on the Margaret Hunt Hill Bridge on Monday, June 1. More than a month after that incident, internal DPD documents exclusively obtained by Central Track showed that officers had indeed knowingly used tear gas on those protesters — a fact that Hall still hadn’t conceded in any official capacity to that point.

After tendering her resignation and her intentions to depart from her gig on November 10, Dallas City Manager T.C. Broadnax convinced Hall to remain on the job through the end of 2020 to help the city transition as it searches for her replacement. On Monday, the Dallas Morning News reported that City Hall has formally hired a firm to help identify new candidates for DPD’s top cop role. That firm’s objective is “to complete the process and make an offer to a candidate by the end of the year.”