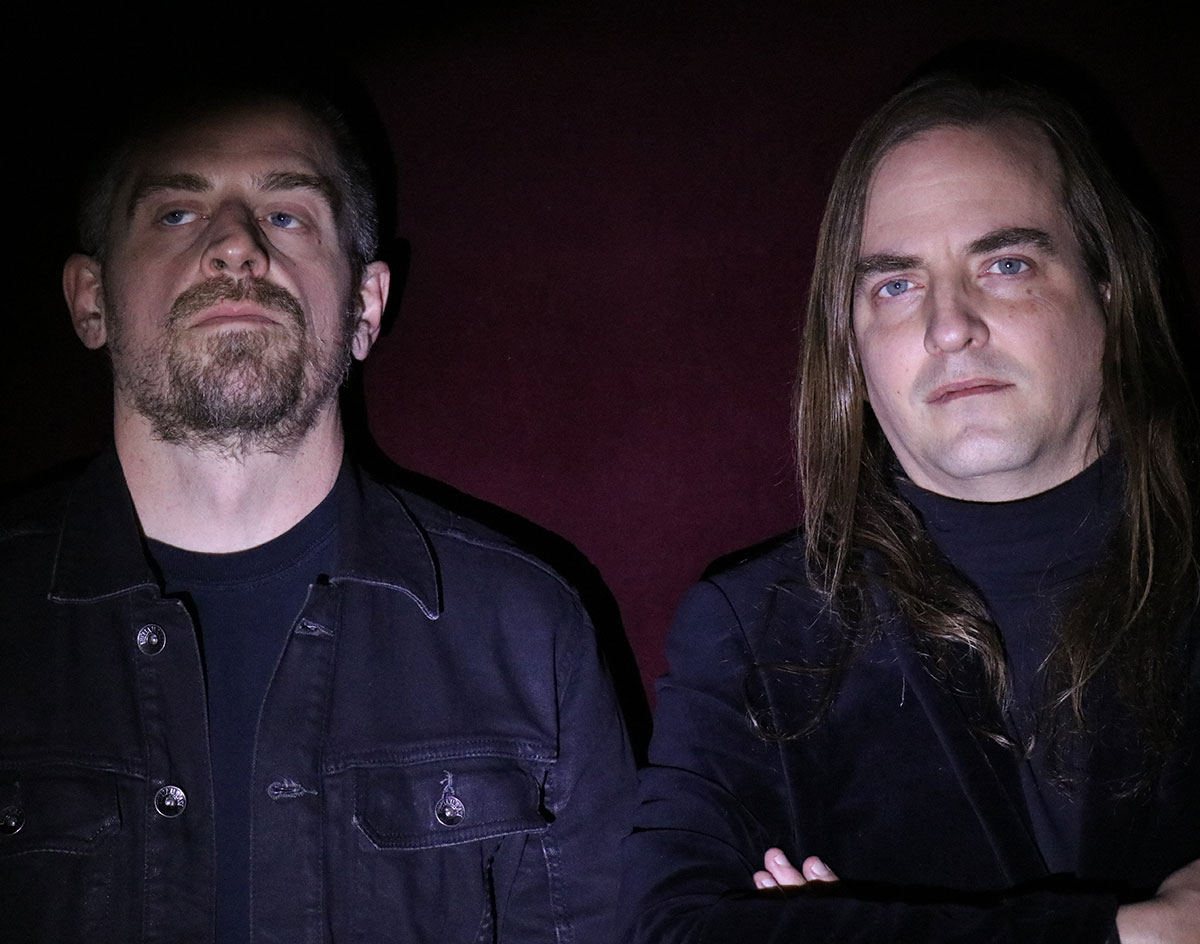 Let Pinkish Black Be Your Next Solution, Take It To The Limits With The Eagles And Have Mercy With YBN Cordae. Plus More!

On Wednesday, Korean boy band BTS appeared on The Late Late Show With James Corden to promote their new album Map of the Soul: 7. Corden’s show is known for the gimmicky, yet charming video series “Carpool Karaoke” where pop stars as eclectic as Cardi B and Paul McCartney hop in a car with the host and sing along to various Top-40 hits.

Even if the Carpool Karaoke segments aren’t always “real,” they rack up millions of views, so it only makes sense that the mega-popular BTS got an installment of its own.

At one point during the segment, Corden asks BTS about the celebrities they were most excited to meet. One of the boys mentions Madonna, another says Nas (not Lil Nas X, even though BTS collaborated with him last year), before member Jin answers with Post Malone. Corden then asked the group what Post Malone was like when they met him, to which one of them responded with “he smokes too many cigarettes.” That sounds like Posty, alright!

The group then engaged in a spirited sing-a-long of his no. 1 hit “Circles.” All seven of the “Bangtan Boys” got into the song, pumping their fists and playing air-guitar along with the track. Naturally, we can relate to that enthusiasm — we named “Circles” the seventh best DFW song of 2019, after all.

BTS recently announced two nights at Dallas’ Cotton Bowl Stadium, a historic venue with an even greater capacity than AT&T Stadium, where Post Malone held Posty Fest 2 last year. It’s heartening that, even after becoming global superstars, the members of BTS can still be moved by the power of DFW music.

You can experience the same North Texas power this weekend with the help of our list of rad events happening around town. No James Corden required! — Daniel Valdez

Marc Anthony at American Airlines Center
Puerto Rican artist Marc Anthony is easily the most commercially successful salsa musician in history. That, paired with the fact that he garnered a large crossover American following is an incredibly impressive feat. He was also married to J-Lo. — Garrett Gravley

Totally ’80s Live with the Motels at House of Blues
An MTV-era mixtape of ’80s new-wave veterans, including The Motels (“Suddenly Last Summer”), Bow Wow Wow (“I Want Candy”) and When In Rome (“The Promise”). — DV

NGHTMRE at South Side Ballroom
Off the heels of his last tour, which he co-piloted with Slander, NGHTMRE is bringing even more friends along on “The Portal” tour. His hardhitting electronic sound has picked up plenty of attention from the likes of Skrillex, Dillon Francis and Wiz Khalifa through collaborative efforts and shoutouts. This tour will feature a completly custom stage that has to be built from the ground up at each venue. — Mason Geear

Alejandro Escovedo at The Kessler
Escovedo is nearing his 70s but is still playing Texas-fried alt-country with the vigor of a young punk. We should all age so gracefully. — DV

Brother Ali + Open Mike Eagle at Ruins
Minneapolis rapper and producer Brother Ali has been keeping at his politically-conscious brand of hip-hop for the better part of 25 years now, and he returns to Dallas for what should be an intimate affair at Ruins. Joining him on this run will be Chicago alternative hip-hop artist Open Mike Eagle, making this an incredibly stacked bill. — GG

Hairball at Gas Monkey Live!
A band that takes you back to ’70s and ’80s rock, Hairball has made a name for itself as the ultimate tribute to rock and roll. The band’s live shows stunts include bringing snakes on stage and pyrotechnic explosions. The band wants to make it apparent that its more than just a cover band, and based on videos we’ve seen of these guys, we agree that this seems more like an experience than a concert. — MG

The Nixons at Trees
Inspired by The Flaming Lips and Cheap Trick, The Nixons are sure to put on a genre-bending performance when they come to Dallas. The electro-rock band hasn’t released a full-length since 2000, but after a 17-year hiatus, it’s back with a short EP and a tour that includes its ’90s classics. — MG

Taylor Young Band at Club Dada
This band, who describes themselves simply as “four guys from Texas,” is on the brink of releasing their debut country/new-wave/pop album called Mercury Transit. Here’s hopinh it won’t lead to retrograde. — Nikki Johnson-Bolden

Frank Moka & Dos Negros at Three Links
Moka is a percussionist for Erykah Badu and Chris Dave has drummed for the likes of D’Angelo and Anderson Paak, but this show will feature his own funk compositions front-and-center. Together they will be performing their own funk jams. — DV

Texas Furry Fiesta at Hyatt Regency Dallas
Say what you will about the furry community (plenty of people certainly have), but it has proven to be a thriving DIY artistic community with a prominent queer presence. No, seriously. — DV

Disco, TX Presents: Washed Out (DJ Set) at Midnight Rambler
The party-starters at Disco, TX are bringing chillwave pioneer Washed Out to town to provide lush Friday night beats. If the name Washed Out doesn’t ring a bell, you might recognize the track “Feel It All Around,” which was used as the theme song for Portlandia. — DV

Dead Animal at Rubber Gloves
The music of this Austin collective isn’t nearly as grisly as its morbid name suggests. A ghostly drum machine provides a faint heartbeat for the band’s ethereal chamber folk. — DV

Fascinación Violenta at TBA
Local industrial acts BATHHØUSE and LLORA are kicking off their tour in a pretty unusual manner. This gig is at “an undisclosed location in Dallas close to your favorite club,” which you can only find out through the Eventbrite confirmation email or the “Call-A-Freak” hotline. The mystique of old-school raves with the convenience of the internet! — DV

City Morgue at House of Blues
This hip-hop trio recently went on tour with $UICIDEBOY$, Denzel Curry and Turnstile. Member ZillaKami is also owed some credit for 6ix9ine’s fall from grace. — GG

YBN Cordae at Trees
YBN Cordae is a Maryland rapper who just last year joined the namesake YBN Collective. His remixes achieved virality on WorldStarHipHop in the time since, leading to a rapid, spontaneous rise. After he bookends this year with a tour opening for Logic and J.I.D, the 2019 XXL Freshman will return to Trees on leap day. — GG

Chris Tucker at The Theatre at Grand Prairie
“You’ve got to be one stupid motherfucker to get fired on your day off!” – him. — GG

Opeth at Toyota Music Factory
This week has been a good one for progressive metal fans, huh? — GG

PUP at Canton Hall
Shameless plug, but check out the Q&A we did with PUP guitarist Steve Sladkowski back in May of last year. — GG

Todd Barry at Texas Theatre
The deadpan comedian makes his umpteenth return to the Texas Theatre for another night that is sure to be filled with self-deprecation. — GG

The Lone Bellow at Granada Theater
Back in 2015, this Americana trio toured with DFW country queen Kacey Musgraves. If that isn’t a good enough country co-sign for you, nothing will be. — DV

Pansy Division at Three Links
There’s no shortage of strong queer voices in punk these days, but Pansy Division was recording queercore classics like “Fem In A Black Leather Jacket” back when the scene was much less LGBT-friendly. — DV

Maoli at Gas Monkey Bar N’ Grill
Reggae has had a strong following in Hawaii for decades, influencing legions of “Jawaiian” bands like this Maui crew. — DV

Los Lobos at House of Blues
The Latin rock legends behind that cover of Richie Valens’ “La Bamba” have been spending the past few decades coasting on the strength of their legacy, but it’s worth noting that they recently dropped a Christmas album titled Llego Navidad. — GG

XKO Amateur Series at Gas Monkey Live!
The MMA brand XKO just had an event at Gas Monkey last month, but this time amateur fighters will be risking concussions for the crowd’s viewing pleasure. — DV

Pinkish Black at The Kessler Theater
Named Dallas’ Best Metal Act at this year’s Central Track Music Honors, Pinkish Black has a unique, synth take on the heavy metal genre that’s already been well established. The duo will be joined by post-punk outfit Nervous Curtains for this show, which was recently made a free event as a kickoff for The Kessler’s month-long 10-year anniversary celebration. — MG

Michaela Anne at Double Wide
Indie-rock and honky tonk aren’t as different as you might expect. Case in point: the lush Americana musings of Michaela Anne. — DV

Minnesota at Deep Ellum Art Co.
The capacity of Deep Ellum Art Co. is a bit too tight to fit all 5.6 million residents of Minnesota, so this dubstep DJ from Minneapolis will be performing in their absence. — DV

The Toasters at Lola’s Saloon
These guys were the unofficial ska mascots (ma-ska-ts?) of ’90s TV — the band’s music was featured in the cult classic cartoons KaBlam! and Mission Hill. — DV

Sundae Crush at Rubber Gloves
This “rainbow daydream pop” group sound like Belle & Sebastian, if that band actually went outside sometimes. Also on the bill is the Denton punk band Christian Teenage Runaway, performing its first gig in a decade. We guess this Runaway finally decided to come home. — DV

The Wonder Years at Canton Hall
As it turns out, this pop-punk band is not named after the television series of the same name, as many have often assumed. It was actually the title of a paper that lead vocalist Dan “Soupy” Campbell came across. — GG

Beach Bunny at Ruins
Turns out, some beaches actually do have rabbits. — GG

Sloan at Three Links
This Canadian power-pop group has been playing sweet Beatles-esque rock for so long, it was even label-mates with Nirvana for a hot minute. — DV

Sango at Trees
An indie dance artist that doesn’t want to put a label on his music, Sango creates sounds that are pulled from countless influences. Most notably, Sango has produced more mainstream tracks for Wale, Tinashe and Frank Ocean, but tends to keep the most unique records for himself. — MG

Tall Heights at Deep Ellum Art Co.
These high school best friends-turned- electro-folk duo have a knack for making undeniably catchy alternative music similar to the likes of Bon Iver and Fleet Foxes. But unlike those artists, Tall Heights is wrongfully slept on. — MG

The Protomen at Gas Monkey Bar N’ Grill
Forget about a concept album — this group is a full-on concept band. Their source material? The Nintendo “Mega Man” games. — NJB

Sunk Heaven at Rubber Gloves
Sunday will mark another big night of music at Rubber Gloves as 5 different acts will be hitting the stage across a wide spectrum of genres, including stoner rock, noise and electronic. — MG