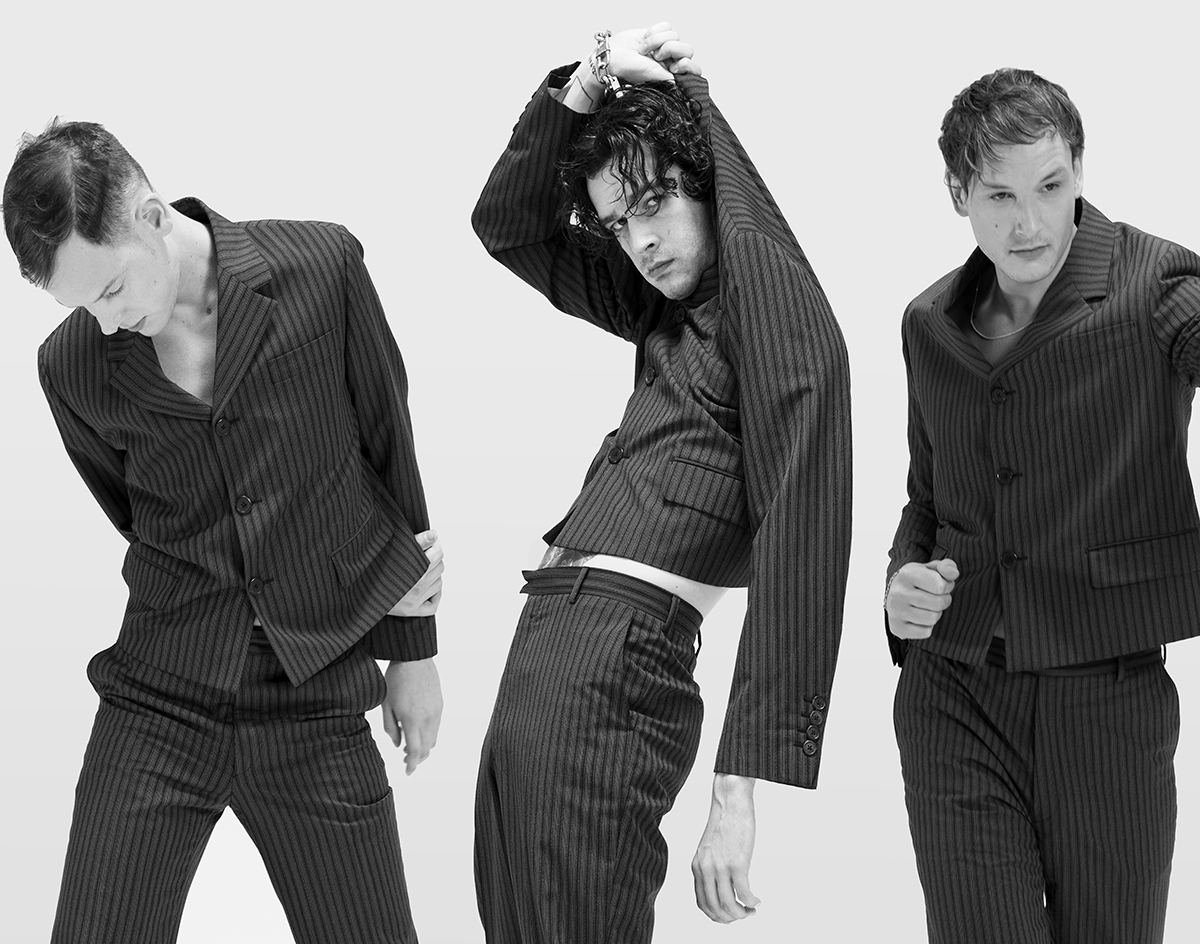 Have A Change of Heart With The 1975, Give In To Crush Culture With Conan Gray And Celebrate Stanksgiving with So-So Topic. Plus More!

Thanksgiving is almost here, and along with it comes the sweet smell of turkey, the sight of charmingly corny decorations and the potential sound of your most annoying relatives engaged in a shouting match over the Amber Guyger verdict.

One of the most dreaded elements of this otherwise heartwarming holiday is the chance of a heated dinner-table argument with family members across the political aisle.

Last year, the Pew Research Center found that 53 percent of Americans said they found discussing politics with people they disagree with to be frustrating and stressful.

Considering everything else that’s already on families’ plates during the holiday, the last thing anyone wants is to also be tasked with “solving” a relatives’ bigotry in an hour-long dinner.

As tempting as it might be to spit out a “OK Boomer” at the racist great-uncle nobody likes anyway, sometimes it’s just not worth the trouble. You likely aren’t going to lead an awakening over a passing of the stuffing, after all.

Rae Kyritsi, programs director at the Center for Conflict Resolution, said that “leading up to these holidays, we spend a lot of time thinking about what the conversation’s going to be, but all we’re doing is dreading it”.

Fortunately, you don’t have to dread it — here’s some of our suggestions for apolitical family conversation starters.

Whether your Thanksgiving week ends up warm or on thin ice, there are still plenty of events to hit up around Dallas before and after dinner. — Daniel Valdez

Oceano at Tomcats West
Tomcats knows its metalcore niche and books accordingly; for example, this death-core group from Illinois. — DV

From Indian Lakes at Club Dada
If Manchester Orchestra sounded more like Radiohead, you would get something rather similar to Joey Vannucchi’s project From Indian Lakes. — Garrett Gravley

Souly Had at House of Blues
It feels like every new major-label rapper has to be a singer too (thanks, Drake) and that trend isn’t dying anytime soon. Souly Had just signed a six-figure deal with Island Records off his ultra-polished R&B/rap hybrid tunes. — DV

Free Improv Pajama Jam at Dallas Comedy House
Dallas Comedy House’s free improv comedy performances are usually a fun time, whether you’re performing or watching from the crowd. This time around, there’s a dress code theme of PJs, so even if you make a fool of yourself on-stage, you can at least be comfortable while doing so. — DV

Excursions on a Wobbly Rail at Main at South Side
Every week, Main at South Side curates a lineup of local songwriters to perform. This holiday bill includes local folk acts Vern Jackson and Denver Williams. — DV

Movies in Concert: Harry Potter and The Sorcerer’s Stone at Dallas Symphony Orchestra
Some things about the Harry Potter franchise haven’t aged all that well (J.K. Rowling’s tweets have assured it), but what has certainly stood the test of time is John Williams’ iconic score for the first movie. The Dallas Symphony Orchestra will be performing it live alongside a screening of the film. — DV

Gryffin at South Side Ballroom
Gryffin currently has the number one song on the Billboard dance charts thanks to “OMG” featuring the internet’s queen of everything, Carly Rae Jepsen. — DV

The 1975 at The Theatre at Grand Prairie
In an era when big flashy rock bands are considered “obsolete,” the 1975 has continued to be the most extra of all. Case in point: they were just on The Late Show with Stephen Colbert last week, performing a single that sounds like Steve Reich collaborated with Burial, while frontman Matty Healy wore a killer puffer jacket and skirt combo. Name another major-label band that would dare. This show’s openers, Catfish & The Bottlemen and The Band Camino, most likely wouldn’t dare, but are worthwhile in their own right. — DV

Chelsea Grin at Gas Monkey Bar N’ Grill
After the death-core group’s lead singer quit the band in 2018, it doesn’t have a single original member left, but that’s not stopping them from smiling onward. — DV

Ryan Caraveo at Club Dada
Is G-Eazy too edgy for you? Do Logic’s mixtapes sound too distinctive and profound for your ears? all of that somehow seems impossible, but of so, Caraveo’s hip-hop might be your speed instead. — DV

Days ‘N Daze at Trees
Houston’s defining contribution to folk-punk is bringing its “H-Town Thrashgrass” up north, we guess. — DV

Sunny Sweeney at Mama Tried
Although Sweeney was label-mates with Taylor Swift in the 2000s, she hasn’t strayed far from her original country troubadour sound. — DV

Vandoliers Friendsgiving Potluck at Three Links
The Dallas cow-punk collective held its first Friendsgiving concert and potluck last year, which must have been pretty successful considering they’re doing it again this year. — DV

Friendsgiving with Pat Green at The Rustic
If you don’t have enough available friends to make a Friendsgiving celebration, Texas country singer Pat Green has you covered. — DV

Riot Ten at Stereo Live
This dubstep producer from El Paso is returning to his home state to drop some bass. — DV

“Extreme Midget Wrestling” at Texas Live
The ethics of this event are pretty murky — the term “Midget” is considered a slur by the advocacy group Little People of America. Hopefully the wrestling itself is less demeaning. — DV

Throwback 90s Dance Party at Sweet Tooth Hotel
’90s nostalgia doesn’t pause for the holidays. It’s the decade that put the “Friends” in “Friendsgiving,” after all. — DV

So-So Topic Presents Stanksgiving at Three Links
Thanksgiving is all about family, so jazzy MC So-So Topic is celebrating his Dallas music family with this local showcase including a surprise guest DJ. — DV

Lip Sync Battle at The Round-Up
A battle between top local drag queens is way more entertaining than your relatives’ battles at the Thanksgiving dinner table. — DV