The Spread: Dallas Is One Of PETA’s Top Vegan Cities. 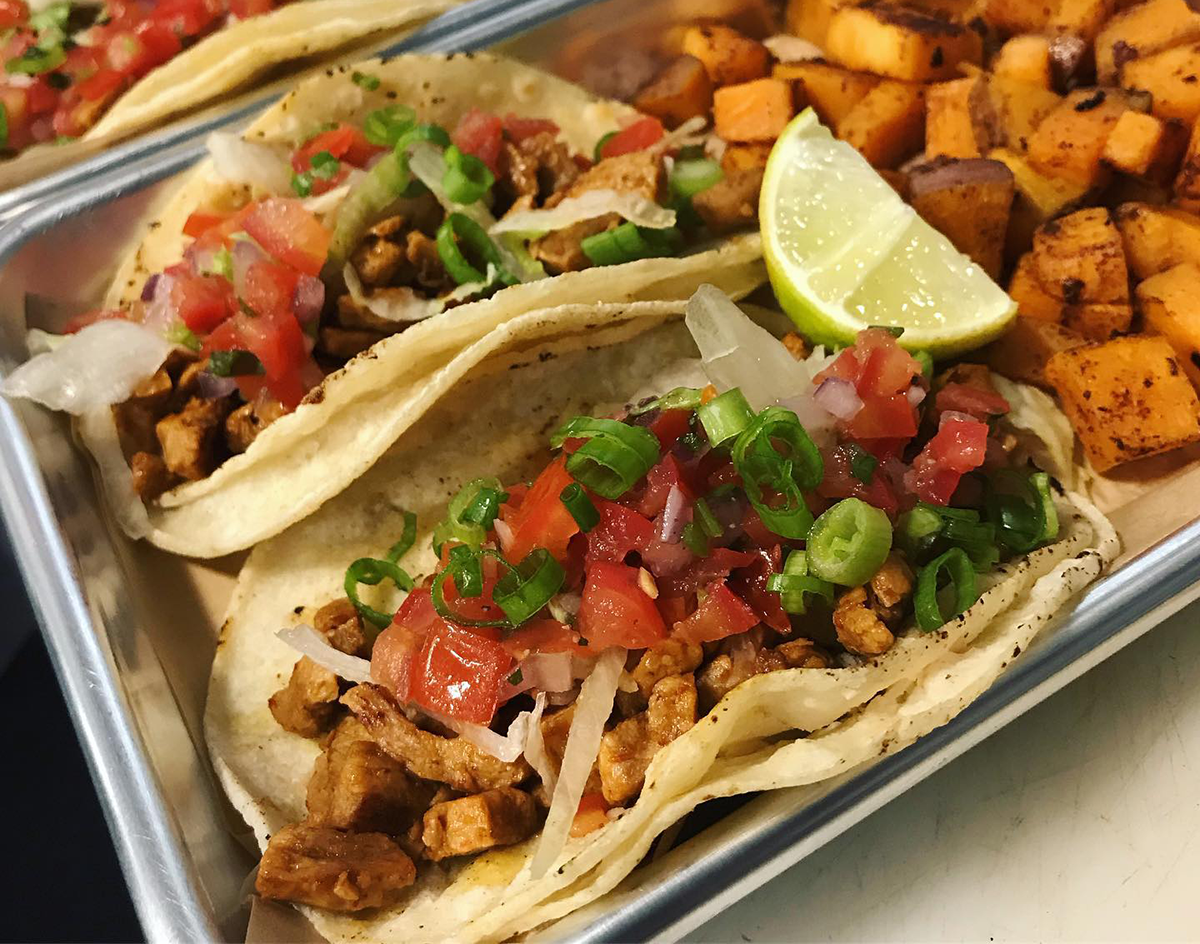 Dallas has finally shed its carnivorous image, apparently. PETA has listed the city among its top 10 vegan-friendliest in the U.S. The animal rights organization ranks Dallas at No. 7 for its diversity of the blossoming vegan scene, highlighting concepts such as Tiki Loco, Bam’s Vegan, El Palote Panadería and a host of others. The list also praised meat-centric restaurants like Al Biernat’s for its accommodation of meatless diners.

Out in Denton, The University of North Texas is catering to dining restrictions as well, with a new, allergen-free dining hall. The West Hall will be one of the country’s fist college dining facilities of its kind, completely free of all eight of the big food allergens. The new recipes will be allergen-free in addition to labeling all of the ingredients used, with more items being added to the menu in the future. UNT also plans to add a stand-alone dining hall inspired by Plano’s Legacy Hall by fall 2020.

In other health-conscious news, Blu’s Barbeque has jumped on the Impossible Burger wagon. The barbecue joint has added the popular meatless option to its menu, featuring a half-pound burger and a small side for $11.95 Friday through Sunday. The restaurant also offers the Impossible Burger and meatless meatloaf as catering options for special events.

In meatier news, 12 Cuts Brazilian Steakhouse is bringing more churrascaria options to Dallas. Located at 18010 Dallas Pkwy., the restaurant specializes in 12 cuts of meat served on skewers and carved table-side. In addition to the wealth of meats, diners can choose from a selection of cheeses, salads and other Brazilian favorites that are included in the price. Lunch runs at $32 a person, with dinner running at $42 a person.

Over on Knox-Henderson, chef Curtis Stone is debuting his latest concept, Georgie. The restaurant will focus on seasonal dishes alongside meat cuts imported from Australia. As for the beverage program, expect an extensive internationally-inspired wine list and a classic craft cocktail list with a seasonal twist. Reservations are currently open for a three-course Thanksgiving dinner, available at $75 a ticket. Regular dinner reservations begin on Monday, December 2.

On another chef-driven note, Jose Andres’s Zaytinya has shuttered after two years. The D.C.-based chef closed the doors on the eatery at The Star in Frisco with plans to relocate to a different Dallas locale. Be on the lookout for more updates as the story unfolds.

In opening news, Fireside Pies has officially rolled out its Lake Highlands location. The outpost at 6750 Abrams Road, Suite 105 marks the sixth spot for the brand. Alongside the menu of scratch-made pizzas, pastas and salads, 20 craft beers will also be available on tap. Hours run from 11 a.m. to 10 p.m. Sunday through Thursday, and from 11 a.m. to midnight Friday and Saturday.

Meanwhile, stalwart Grange Hall has plans to relocate. The boutique-meets-cafe is reopening at 3219 N. Fitzhugh. No word yet on an official moving date, although a final dinner party is set for New Years Eve. We’ll have more information as details become available.

Over in Deep Ellum, The Biscuit Bar is set to open on Thursday, November 21. In celebration of the event, there will be a grand opening party from 8 to 11 p.m. with $3 cocktails. The chain’s third location offers coffee and a full-bar program, as well as extended hours to cater to the neighborhood. Also in Deep Ellum, rumor has it that Terry Black’s Barbecue is opening this Thursday. Located in the former Dallas Comedy House space, the restaurant will be dishing out the same trays of smoked meats and sides that garnered its popularity in Austin.

In boozier news, the Dallas Farmers Market is now home to a wine tasting room. Eden Hill Vineyard & Winery is located at 1011 S. Pearl Expressway. Expect a selection of locally-produced wines from Celina, TX, with food pairings and other small bites. The space will also regularly host live music and various events, as well. Hours run Friday from 4 to 9 p.m., Saturday from noon to 9 p.m. and Sunday until 5 p.m.

In craft beer news, Lakewood Brewing Co. has brought back its Tennessee Temptress. The Jack Daniel’s collaboration will be available on draft-only at a select number of locations throughout the metroplex. And finally, Lakewood is also releasing a Salted Caramel Temptress for its Seduction series. The imperial milk stout is brewed with an abundance of vanilla and salted caramel for a unique, yet sweet result. The beer will be available on draft and in four-packs of 12-ounce bottles at the beginning of December.