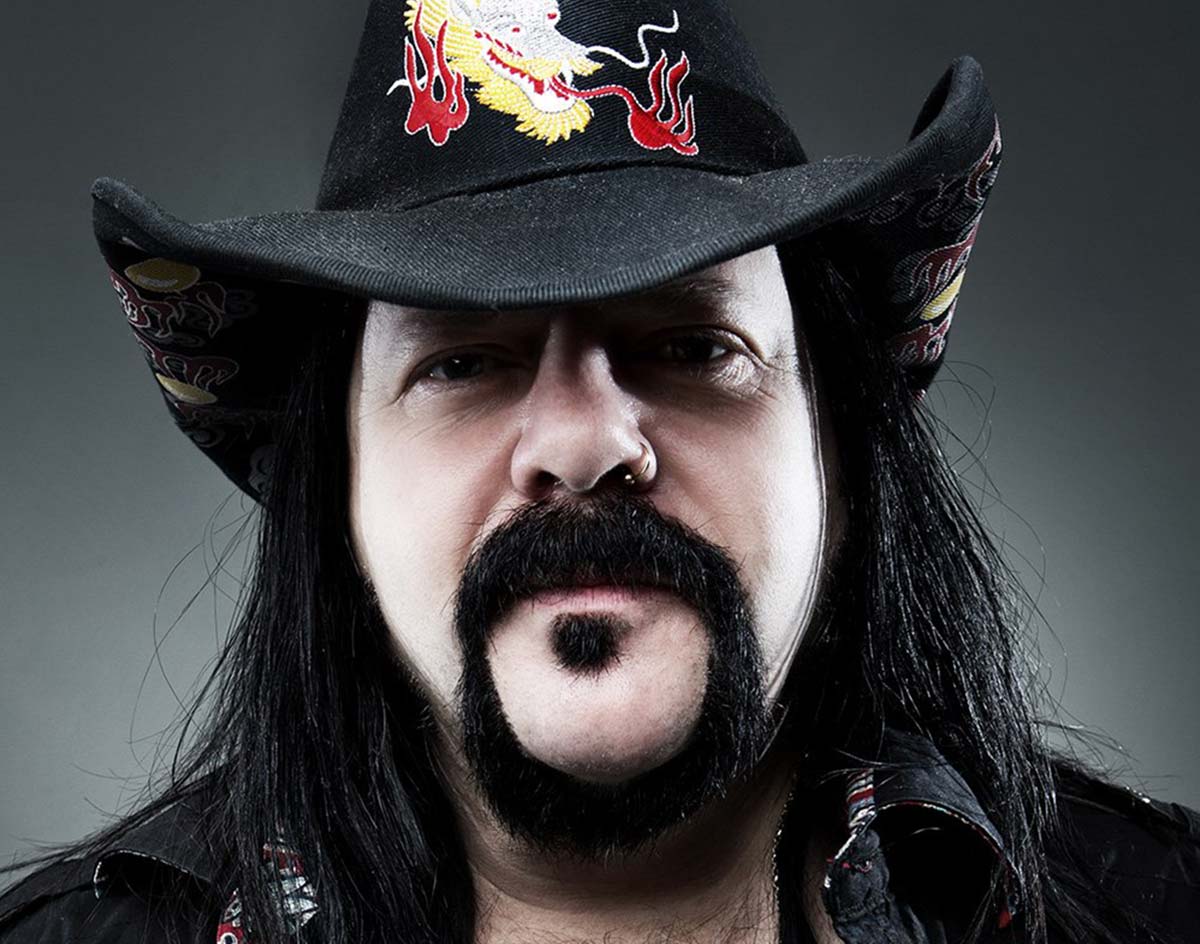 North Texas musicians may have completely dominated this weekend’s Grammys — on both the awards and performances front! — that doesn’t mean we weren’t snubbed big time.

Metal fans, namely, were up in arms come Monday morning at the unmitigated audacity of The Recording Academy to leave Pantera drummer Vinnie Paul off its “In Memoriam” segment on Sunday night’s broadcast. The four-time Grammy-nominated drummer, you no doubt recall, passed away last June from an enlarged heart and coronary disease.

It should be said, though, that he was listed on the Grammy website among hundreds of other deceased musicians whose names also didn’t air due to time constraints.

Speaking of the Grammys: Our local CBS affiliate aired a segment where they interviewed Post Malone’s old man to preview Sunday’s broadcast. During the piece, the Dallas Cowboys employee had the following message for his superstar son: “No more face tattoos! No, for real, congratulations on all you’ve done. We’re so very proud of you and keep doing you. Keep being you.”

In the two days since Sunday’s big event, other area-tied acts such as St. Vincent and Kacey Musgraves have capitalized on their Grammy wins by releasing new music videos. Check them both out below.

Bridges wasn’t the local Grammy-winner on a late-night talk show this week either, turns out. For her part, Erykah Badu sat in with house band The Roots on The Tonight Show With Jimmy Fallon this past Friday. But perhaps more important, the What Women Want actress was featured in a lengthy New York Times interview about how she was the one to first popularize the phrase “stay woke,” and how it is now being used against her in light of her repeated R. Kelly support. Says Badu in the piece: “Stay woke just means pay attention to everything, don’t lean on your own understanding or anyone else’s, observe, evolve, eliminate things that no longer evolve. That’s what it means. Stay conscious, stay awake. It doesn’t mean judge others. It doesn’t mean gang up on somebody who you feel is not woke. That’s not evolved.”

Moving forward, let’s give a couple updates to some previous columns from this series.

Firstly, there’s a pair of memorial shows/celebrations of life planned for the late Rigor Mortis frontman Bruce Corbitt, who recently lost his cancer fight. On Saturday, February 16, at Trees, Creeper, Chemicaust, Rabid Flesh Eaters, Speedealer and The Hellions will pay their respects. Then, on March 9, a still-evolving lineup will do the same at the Ridglea Theater.

Similarly, the friends, family and former bandmates of Kim Lenz and Boys Named Sue drummer Scotty Tecce will gather at Adair’s Saloon next Sunday, February 24, to celebrate his life. The Sues and several of his other former bands will play sets in his honor. Scotty lost his own cancer fight late last month.

Also, we recently mentioned that Aquaman star Jason Momoa had praised the Fort Worth honky-tonker Vincent Neil Emerson via his socials. This week, he went a step farther by producing and uploading to YouTube a short doc on his recent backstage hangouts with Emerson and tourmate Colter Wall. The same day, rather coincidentally, I finally shared my story about the time the actor once got me sick.

Now, let’s move on to the new music videos portion of this week’s column.

Leading things off, here’s a new one from Duell, off their just-released new record, which we already talked to them about.

Next up, multi-CTMH nominee Joshua Ray Walker premiered his “Canyon” video last week in the digital pages of Rolling Stone. Its director, Josh Jordan, is also up for a CTMH award. Vote for one or both here — you’ve got until 11:59 p.m. on Wednesday, February 13, to do so.

And, just about the time doors opened at his sold-out Dada show last night, Ben Kweller debuted a new clip for his comeback single “Heart Attack Kid.” ICYMI, we detailed the near-death experience at the center of the song and how it sidelined the Greenville-raised rocker for five years here.

That said, the end is here, and with it, the quick-hitting brand of notes that it always tends to bring.

• Sarah Jaffe and Becki Howard performed new music at Jonathan Simkhai‘s New York Fasion Week show, which they also walked in.
• On February 23, The Travoltas will release their new album and play their last-ever show at Sons of Hermann Hall.
• After taking a year off, the Dallas-based Third String Productions-helmed So What?! Music Festiva is back this April 27 and 28 — albeit in Houston — with a lineup that includes Beartooth, Parkway Drive, Killswitch Engage, Of Mice & Men, Crown The Empire, We Came As Romans, After The Burial, Wage War, Veil Of Maya, Intervals and tons more.
• Punk fans will no doubt appreciate the fact that the Sabroso Craft Beer and Taco Festival hits Panther Island Pavilion on April 14 with a lineup that includes The Offspring, Bad Religion, The Vandals, Black Flag, Strung Out and Dwarves.
• Finally, ritual-pop artist Francine Thirteen broke the internet with a Paper Magazine feature.

Cover photo via Pantera’s Facebook page. Got a tip for White Noise? Email us!