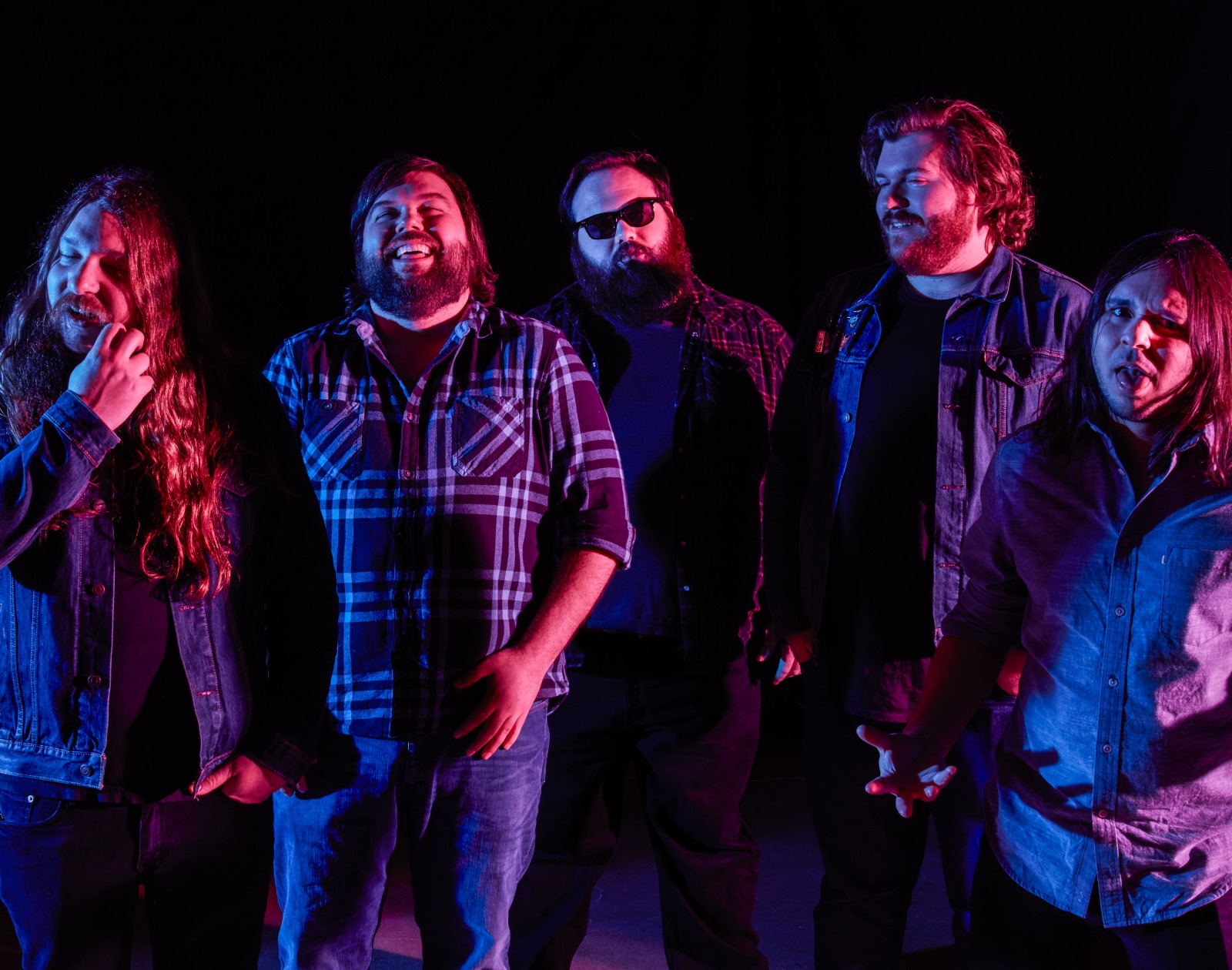 Check Out The Heavy Fort Worth Band’s New Full-Length Ahead of Its Official Release Date.

Duell — Futureless
RIYL: Starting the party early.
What else you should know: On Monday, Fort Worth’s triple guitar’d party monsters in Duell hit the streaming services with their long awaited sophomore LP, Futureless. Proper release parties follow in Dallas next Friday at at Ruins, and in Fort Worth the next night at Lola’s.

But waiting is for suckers.

Because we believe in a less-talk, more-rock philosophy around these parts, we’re ringing in the weekend with a full, pre-release album stream below.

Click play on that bad boy, and then keep scrolling for a Q&A with frontman Belvedere.

Its’ been over four years since the last album, what all have you guys been up to since then?
The first two years there we just played nonstop but after some time we slowed down our pace and tried to go for more quality shows, or shows that meant more to us. As far as this record, we tracked it entirely over two years ago, and it’s gone through long periods of just sitting on the shelf. It’s overdue as far as its release I’m sure, but it’s a balance of what happens in life and making something the way it needs to be done.

The lineup has changed some since then, who is new, who all is on the record?
The only line-up change has been in this past year, our bassist Scott joined. We have always been really fortunate to have our friends fill in for guitars, bass and even drums one show, when we needed it. A band is a relationship, and like all relationships changes are sometimes needed in order for everyone to move forward. These kinds of decisions can be difficult but necessary in the long term. Like I said before, this record was tracked two years ago, so the bass performance reflects that.

How did your approach differ this time around?
The approach with this record is more or less about sonic trajectory. When we made the first record there weren’t any expectations, especially from an aesthetic sense. We tracked Back to Drunk live with minimal vocal and guitar overdubs in around two weeks. We wanted something raw, flawed and blown out. This time we wanted to elevate the quality to something more like the records we grew up listening to. It was also a conscious effort to put more layers and vocal harmonies, closer to the work I had done before. This is our second record tracked with Jim King. He is someone who we’ve worked with for years previously and is a dear friend of ours. He knows how we work and we know how he works, so it makes it that much easier to get something done with that level of trust already present. When it came to mixing and mastering we knew we wanted a different set of ears and perspective. Doty had been playing guitar in Son of Stan for some time already and had been working with Jordan Richardson. I think Jordan wanted the challenge of taking on a record like ours, and he did an exceptional job. We definitely had a lot of fun working together and have become great friends as a result. If it wasn’t for him I’m not sure we would’ve had such great mastering for the record either. He was able to introduce us to Danny Kalb who did an outstanding job and really solidified the record.

Previously, you talked about how the songs were about your “disdain for the current political/social climates.” Anything you want to expand on there?
All the songs are not about the same thing, nor are they exactly political. This album is a quilt. It’s a worldview hobbled together by hand. An exposition of frustration, guilt, worry, nihility, etc. An exercise that I hope is relatable and cathartic for those who listen.

What are you hoping from the record, what does the rest of the year look like for you guys? Do you plan on touring at all?
Well, we have a few shows lined up for right now and we plan on going on a few smaller regional tours later this year. After that, the sky is the limit… unless you’re an astronaut? I’m happy to say we are already writing the next record and we’re excited about making more music together. Promise it’s release won’t be four years from now.