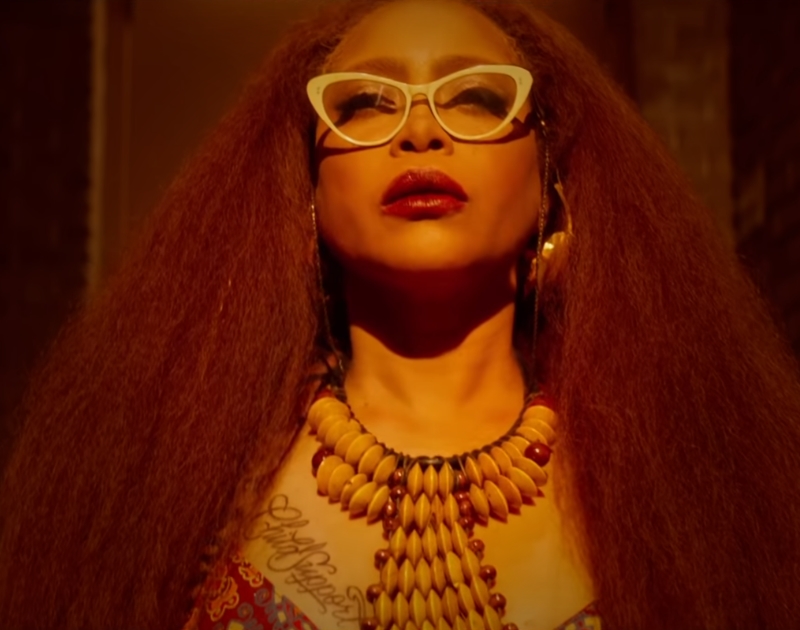 Erykah Badu Still Loves Her Some R. Kelly, Leon Bridges Sings Trump’s Worst Tweets, The Fieros Return To The Studio And So Much More.

Earlier this week, Spotify rolled out a new feature allowing users to mute artists — thereby preventing the service from automatically adding them to playlists or radio stations its algorithm might construct for you.

The new feature appears to be a direct response to the Hate Content & Harmful Conduct policy the streaming service debuted last year to exclude alleged child rapists like R. Kelly from appearing in its official playlists or stations. That widely criticized policy has since been repealed, but this new workaround gives users the power to decide for themselves which artists they want to permanently cease supporting.

But while just about everyone seems to be distancing from bad actors like Kelly these days, Erykah Badu — as we pointed out in last week’s column — isn’t afraid to stand by the man she once referred to as her “brother.” If anything, she’s doubling down on her support for the R&B singer: During her Saturday night concert at the Aragon Ballroom in Kelly’s hometown of Chicago, she stopped things down to say a prayer for “R” — and it did not go over well. A tape of the incident obtained by TMZ shows people reacting to the sentiment with boos and cries of “Fuck you!” from the crowd to the stage, prompting Badu to offer the following reply: “That’s not love. What if one of the people who was assaulted by R. Kelly grows up to become an offender? We gonna crucify them too? How do we do this? Just something to think about.”

After being crucified on Twitter for that position overnight, Badu then followed that moment up with a tweet further clarifying her capabilities of unconditional love, which obviously far surpass most of our understandings. It’s a kind of “love the sinner, hate the sin” kinda thing, she explained in yet another tweet: “I love you. Unconditionally. That doesn’t mean I support your poor choices. I want healing for you and anyone you have hurt as a result of you being hurt. Is that strange to you? That’s all I’ve ever said. Anything else has been fabricated or taken out of context.”

May we all be so enlightened someday.

Badu is right about one thing, though. It is important to both show and tell those who are close to us that we love them — because we never know when they won’t be around.

The latest reminder of this tragic reality is the recent death of drummer Scotty Tecce following a six-year fight against cancer. Also known as Snakebite Sue during his time as the OG rhythm man in raucous bar band Boys Named Sue, Tecce moved to Dallas from Austin a couple decades ago to join Kim Lenz’s rockabilly outfit The Jaguars. He has been diagnosed with Stage IV prostate cancer since the last week of 2012, and finally lost his battle this past week at age 42. A memorial gathering and celebration of his life will be held at Adair’s on Sunday, February 24.

Speaking of the deceased, well, that’s precisely what Nickelback bassist Mike Kroeger did this week, sharing some bold claims about Pantera drummer Vinnie Paul, who passed due to heart disease last summer: “I really felt like he was so sad that he didn’t really wanna be alive anymore. He really struggled until the end; it never got better for him.”

Even if true, that’s kind of a ridiculous thing to say, no?

Almost as absurd as the things Leon Bridges sang on Jimmy Kimmel’s farcical tribute to President Donald Trump last night. In this case, however, the words were not his, as he was singing the tweets of the spelling-challenged leader of the free world — a man, of course, known for having the best words. What a moment. Huge!

Moving on, Taylor Young of The O’s, continues the roll-out of his new indie rock solo project with the release of a video for his second single, “Out of My Mind.”

• This Thursday’s edition of DJ Sober’s Big Bang pop-up at Double Wide will double as a birthday party for rapper K.Vation, who also dropped a new track called “Run It Up” to celebrate his turning 22 today. Check it out here.
• Dallas rockers The Fieros, which have been silent the last few years as its members have focused on their contributions to Midlake, are back in the studio, recording their first material since 2012.
• Fort Worth’s Wild Acre Brewing is naming its new IPA after the defunct venue the Wreck Room, which once stood where Lola’s Saloon does today.
• The 120-year-old Smirl Chapel restoration/relocation project we wrote about last year is finally going down this weekend. The venue will be moved eight miles down the road to its new home at Summerfield at Tate Farms in Rockwall, where owners plan to use it to host concerts and musical performances.