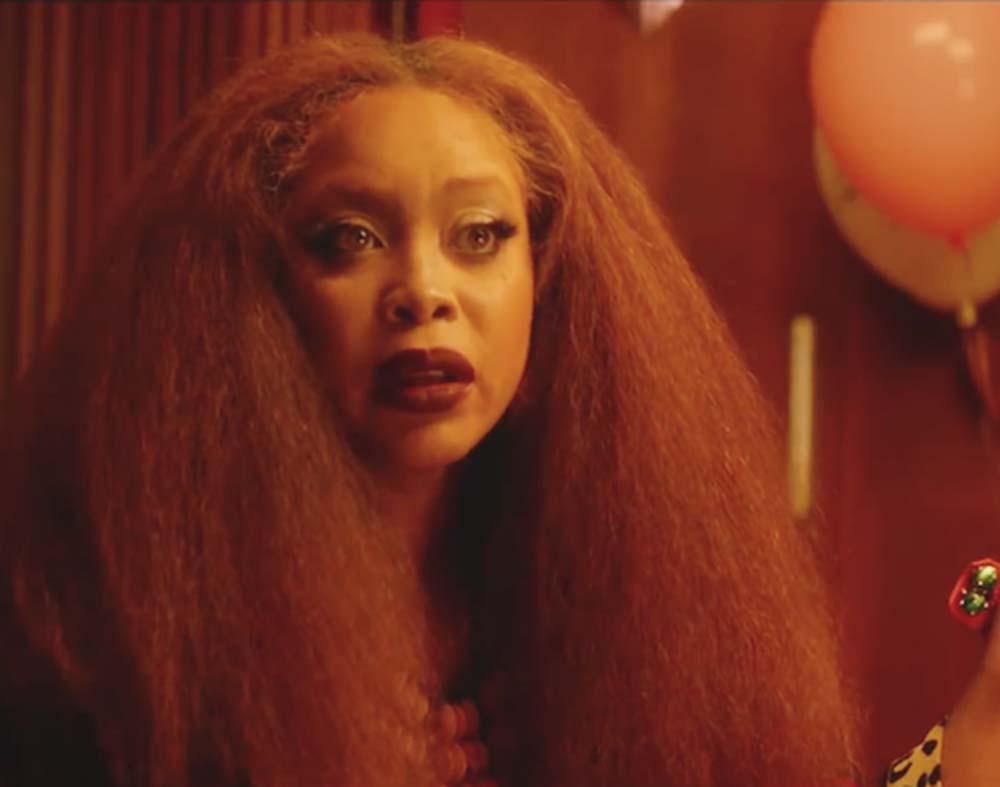 [WATCH] The Singer Plays A Psychic And The Billionaire Plays A Poker Buddy In Their Supporting Roles For The Upcoming Taraji P. Henson Comedy.

Eighteen years after the release of the Mel Gibson comedy What Women Want, Hollywood has — gasp! — returned to that same well for the inspiration behind its new film, What Men Want.

Penned by Nancy Meyers, the writer-director behind that last version, this new one stars Taraji P. Henson in the lead role and surrounds her with some interesting co-stars — among them 30 Rock‘s Tracy Morgan, New Girl‘s Max Greenfield, The Goldbergs‘ Wendi McLendon-Covey, NBA legend Shaquille O’Neal and, uh, the National Football League’s Brian Bosworth. But, most notably for our purposes, it also features a couple notable Dallasites in some high-profile supporting roles.

Who, specifically? Oh, just two of the 35 most famous Dallasites, dead or alive: Queen of Neo-Soul Erykah Badu playing a psychic who gives Henson’s sports agent character the weed-, peyote- and crack-infused jasmine tea concoction that gives her the power to read men’s minds; and Dallas Mavericks team owner Mark Cuban presumably pretending to be himself (and having his mind read) during a poker scene.

Although it’s obviously still to be determined at this point how much screen time the two will receive in the film once it’s released, both get significant play in the yesterday-dropped below trailer, which included an Aretha song in it before it realized the impact that might have:

Of course, given who they are, this is not all that these two have on their plates at the moment.

Badu, who studied theater at Grambling State University and has had a surprisingly prolific acting career, made waves this week for stopping by National Public Radio and turning in a stirring performances for that entity’s Tiny Desk Concert series. In that effort, which you can watch below, the Dallas-based singer and her Dallas musician-filled backing band perform two of her older tracks, an almost warm-up-like take on Baduizm‘s “Rimshot” and a particularly moving rendition of Mama’s Gun‘s “Green Eyes.” It’s worth your time:

As for Cuban, who also boasts an extensive IMDb page (albeit almost entirely for roles in which he plays himself)? Well, he’s out here these days arguing against holding and investing in stocks, saying that cash is the smarter play. Oh, and his Dallas Mavericks also just hired its first female assistant coach in team history, signing Jenny Boucek away from the Sacramento Kings’ staff. The former head coach of the WNBA’s Seattle Storm is certainly qualified for the gig, and we’re re sure hiring has nothing to do with the team trying to rehab its image in the wake of its headline-grabbing sexual misconduct scandal. If only there was a way for us to read Cuban’s mind and find out!

Alas, it seems only Taraji P. Henson boasts that power. Watch her use it starting on January 11, 2019, which is when the film is currently slated for its wide release.