White Noise: The Theatre At Grand Prairie Has A New Name. 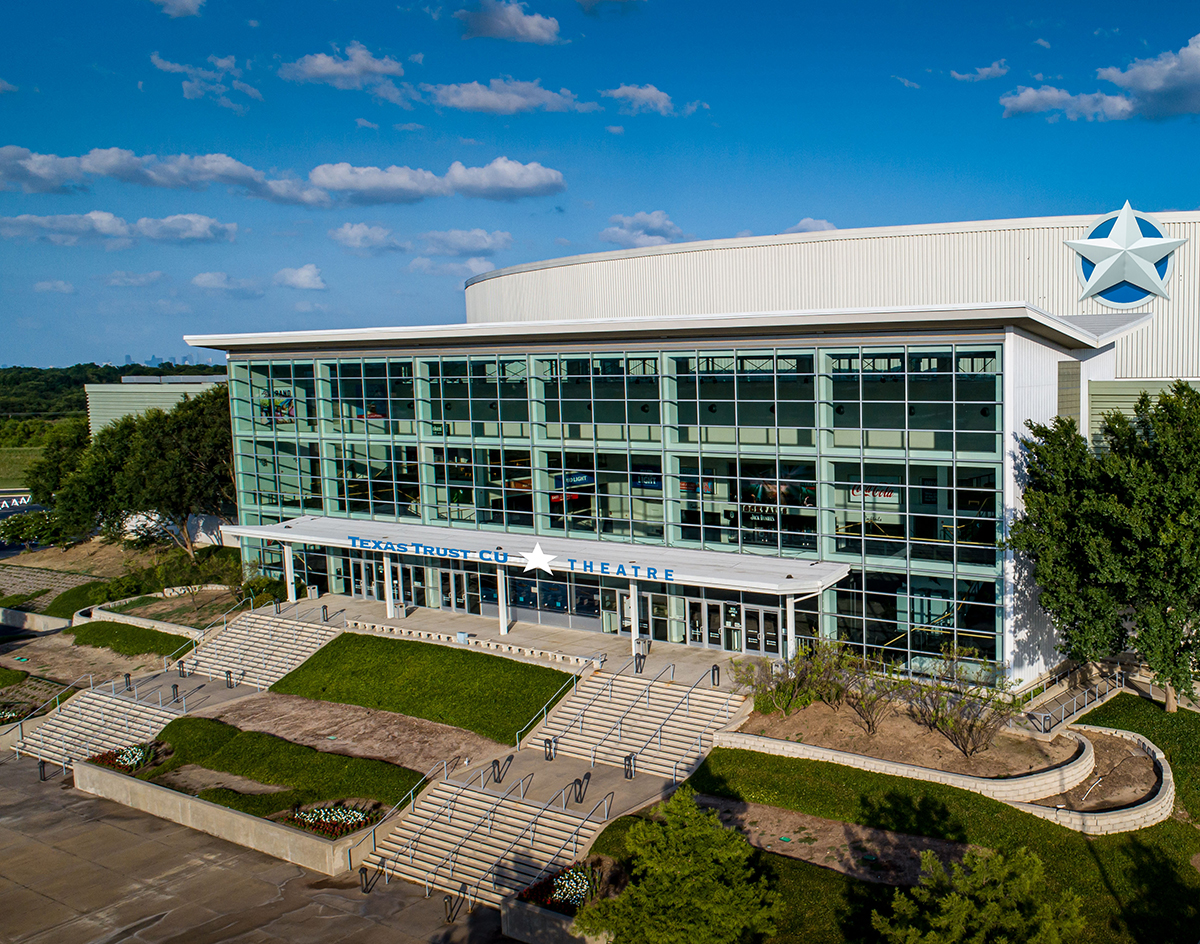 Broadway Shows Return To Dallas, The Theatre At Grand Prairie Gets A New Naming Rights Sponsor, Tay Money Is Out To Have A Good Time And Much More.

The big cultural news out of New York City this week is that the pandemic-canceled theater shows of Broadway will be returning to production in September of this year.

Here in Texas, though, we don’t need to wait that long.

As we’ve known for a while now, the Dallas Summer Musicals 2021 slate will kick off in August with a month-long run of the Broadway hit Wicked. What we only learned this week, however, is that this show’s August 3 through September 5 run means Dallas will be home to “the first Broadway show to resume performances in the U.S.” according to DSM president Ken Novice.

Tickets to Broadway’s U.S. return start at $29 right here beginning on May 21 — and you can bet that, after the year these actors have spent cooped up, these performances are going to be impassioned as hell.

That said, Broadway shows are by no means the only returns we’re seeing around these parts lately. When the venue most recently known as The Theatre at Grand Prairie — and also Verizon Theatre and Nokia Theatre for spells before that — welcomes John Legend onto its stage on August 11 to kick off a run of its own first shows back after a lengthy pandemic pause, it will do so under a new banner. At the end of last month, the theater’s AEG Presents operators announced that they’re agreed on a “multi-year” naming rights deal with Texas Trust Credit Union to rebrand the facility as the Texas Trust CU Theatre at Grand Prairie.

Hello, Howdy, Hi!👋 We’d like to re-introduce ourselves, meet the Texas Trust CU Theatre! A lot has changed since we were last together for a show, but we can’t wait to bring y’all the same great events, experiences, and memories… with a new and improved name. #CUatTheTheatre pic.twitter.com/ujWLrNDqLV

We’ll probably just keep calling it “Verizon,” to be honest. But go off, Texas Trust!

Speaking of going off, Dallas’ own St. Vincent has sure been doing a lot of that lately — and the early reviews are in on her Friday-due sixth studio album Daddy’s Home, which is inspired by her father’s trip to the big house and subsequent return. The Wall Street Journal, for instance, has already called it one of her best albums to date: “Daddy’s Home can’t quite match Ms. Clark’s 2014 album St. Vincent or 2011’s Strange Mercy on a song-by-song basis, and her brand of dense, off-kilter art pop remains impenetrable to those not in tune with her frequency. But this record’s carefully unfolding structure gives it an emotional punch that builds with each song, landing it among her best.”

Meanwhile, The New York Times ran a piece this week on the artist born Annie Clark‘s favorite things this week. It’s a pretty revealing interview! For instance, I bet you didn’t know that her super rad signature Ernie Ball guitar was partially inspired by Klaus Nomi’s bow tie! Well, there. That’s a thing you know now.

She also gave an interview to herself this week, offering up a track-by-track breakdown of Daddy’s Home to her own YouTube channel. Here she is discussing second single “The Melting of the Sun”:

Oh, and if that’s not enough, she also dropped a new music video for the third single off the album. Check out “Down” below:

Yes, these are busy times indeed for the former Polyphonic Spree guitarist, indeed. But they’re also busy times for the Spree itself, which is still promoting its recently released covers album, Afflatus. To that end, here’s the official video of the band doing its best Rush impression:

In other news, Lindale’s Miranda Lambert and her Dallas-based collaborator Jon Randall were the focus of a write-up in Texas Monthly last week. Let’s just hope SMU album Jack Ingram doesn’t feel like the odd man out! Ingram is, as you may already know, the third wheel in the trio’s just-released The Marfa Tapes project. Fun fact: Lambert says the whole idea to record and release the record in the first place was whispered in her ear by a bottle of good ol’ Texas hill-country vodka.

“That was probably the Tito’s talking,” Lambert told TexMo. “But the next morning, in the sober light of day, it still felt like a legitimate idea.”

Somewhat related, North Texas country favorite Vincent Neil Emerson is slinging some new Texas sounds of his own. This week, he announced he’s got a new Rodney Crowell-produced self-titled album due out on June 25. Check out his recently recorded “Cactus Blossom Special” performance for Truthful Sessions below, and get acquainted with some of his older goodies before the new stuff comes.

Of course, when certain hammers drop, you don’t want to be around for the bang. Dallas rapper Vino Santana‘s new Mooney900-featuring cut called “Da Mob” has no problem sharing this sentiment, and that’s particularly true of its accompanying music video, too.

Sticking with Dallas rap, local legend Mr. Lucci just put out a new music video for the “Ain’t No Other Way” track off his latest album, Diamond In The Rough.

Legend-in-the-making Tay Money, meanwhile, keeps dropping bangers of her own. Check her out shaking what the good lord gave her in her new “PBJ” video — and give her the flowers she’s due for, as she says on the song, just trying to have a little bit of fun. Can’t you tell?

If you’re not necessarily speaking Tay’s language, that’s OK! Maybe the Spanish-language pop-punk from Fort Worth’s Fuera D’Servicio is more your speed? The group just released an awesome new track called “Uno Mas” prior to hitting the Three Links stage last Friday for the first time in a hot damn minute. Catch is catchy in any language, turns out!

Staying on the pop-punk tip, Bowling For Soup‘s proving that old punks never really die with their new “Getting Old Sucks” track. We’re with them there, though: Getting old does suck! So maybe that’s why the band decided to bring out the puppets in the video for this one? Any excuse to act like a kid again, right? (As if this crew ever stopped.)

On the more newcomer end of the punk spectrum, the locals in Corkscrew Nose Dive also released a new music video of late. Bang your head along to “Zero” below.

Finally, closing out this week’s visual component are the Dallas darkwave faves Rosegarden Funeral Party with the latest installment of their Take Cover series. This time, the band’s rocking out to “Mercy Street” by Peter Gabriel, and enlisting the help of Aaron Gonzalez on upright bass and Lorelei K aiding on the vox. Does this band ever take a break?

Lastly, this week, some more festival news to piggy back on the locals-playing-national-fests run we’ve been sharing for a few weeks now. This week, the Florida-hosted punk rock event simply known as Fest announced that, in addition to adopted Dallas locals Teenage Bottlerocket, the Denton emo-punks in Better Now will also be on the 19th edition of the bill. How cool is that?

Cover photo via Texas Trust CU. Got a tip for White Noise? Email us!