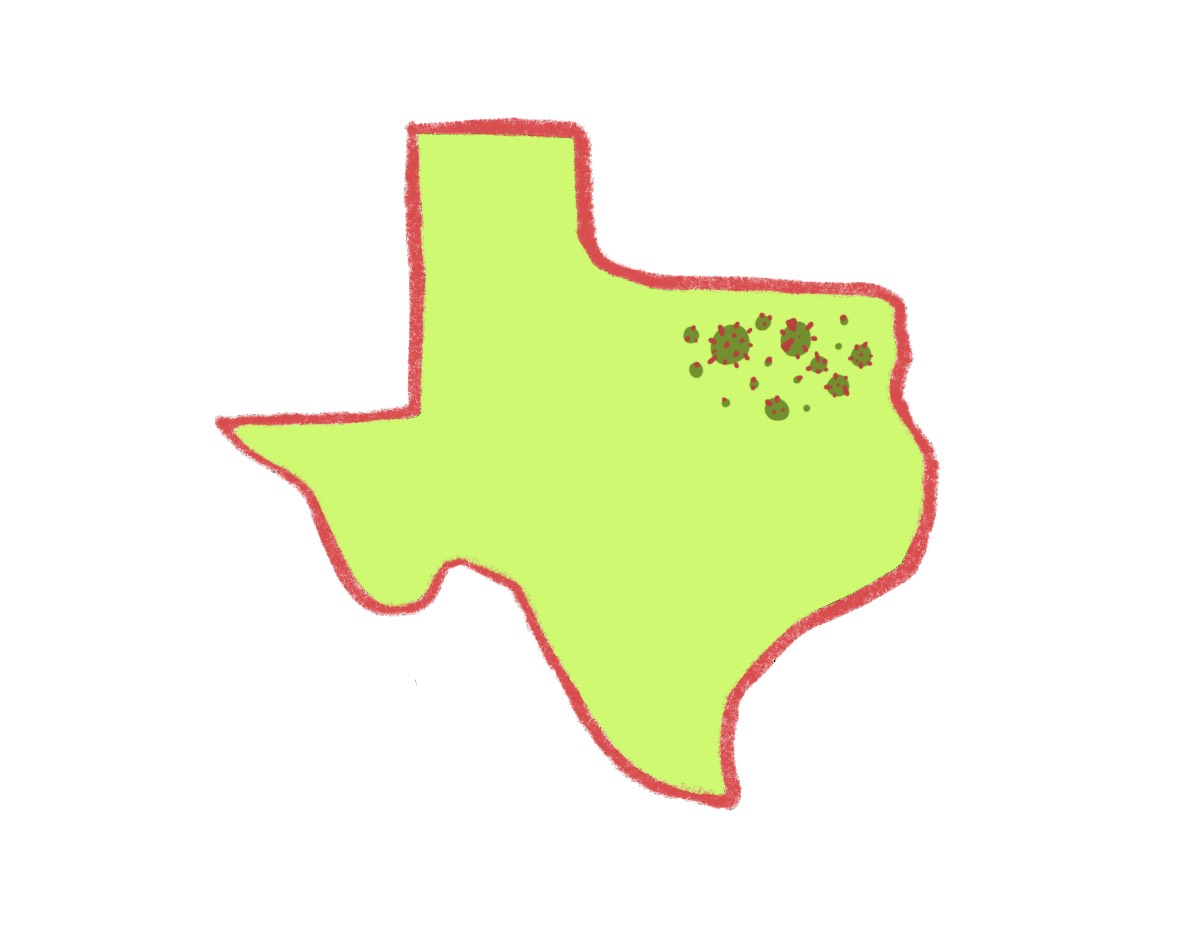 When Every Day Is Groundhog Day, It’s Easy To Lose Sight Of How Serious This Shit Is. So Allow Us To Illustrate Just How Big It Is Using North Texas Cities.

All illustrations by Jessi Pereira.

Because we’ve all, at some point, hit the formidable wall of COVID-19 fatigue, hearing about new deaths and cases has become as much of a daily commonplace as checking the weather app every morning.

Almost nine months in, we have become accustomed to a life transformed by the monotony of masks, maintaining social distance and existential dread. And yet that does not negate the fact that hospitalizations are rising at concerning rates in North Texas, or that case counts are only expected to get worse in the coming weeks and months — impending vaccine arrival or not.

According to data from the CDC, the U.S. death count sits at about 273,000 as of the December 2 publication date of this article.

You’ve likely seen or heard the half-assed arguments of “it’s no worse than the flu” and “the death rate is so low” from that one high school acquaintance who somehow managed to avoid your annual Facebook friend list purge.

If only any of that nonsense actually meant anything.

A staggering recent report from CBS News showed the U.S. had more cases reported in the month of November alone than any other single country  — with the exceptions of Brazil and India — reported for the entire year.

What’s more, at a current count of over 1.2 million cumulative cases, our home state of Texas has juggled the lead for highest case count per state with California, despite having about 10.5 million fewer residents. Zoomed in further, Dallas County is now seeing its highest daily case rate since the pandemic began. In other words: Things are now worse than they were when we were all sheltering in place and clearing out the toilet paper aisle back in the springtime.

To put all of that into perspective — and quite literally paint a picture for what these numbers look like on a local scale — we’ve created a timeline of when the number of cases by a certain date would have engulfed each of eight North Texas cities.

It should be said that these numbers — much like the nebulous case reporting almost everywhere — might be slightly behind as they’re from the CDC. One day, we might learn that the actual numbers were even higher as of the listed dates, but due to the CDC’s admittedly laggard provisional death count (because of things like death certificate processes, paperwork and manually coded reports), this is what the agency’s reports show for now.

Using the total U.S. death count based on provisional numbers reported by the CDC, and population estimates from the 2019 census by the U.S. Census Bureau, we present eight North Texas cities matched to the dates in which the national cumulative death count would have mostly surpassed their entire populations. 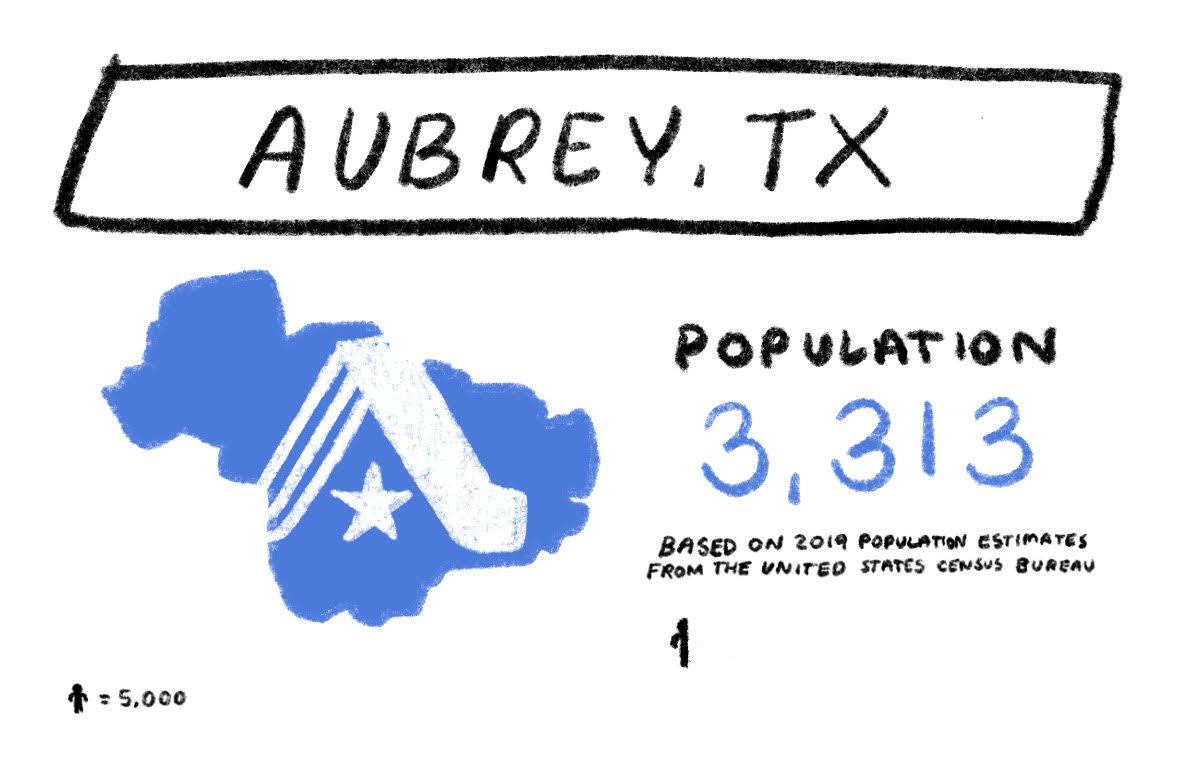 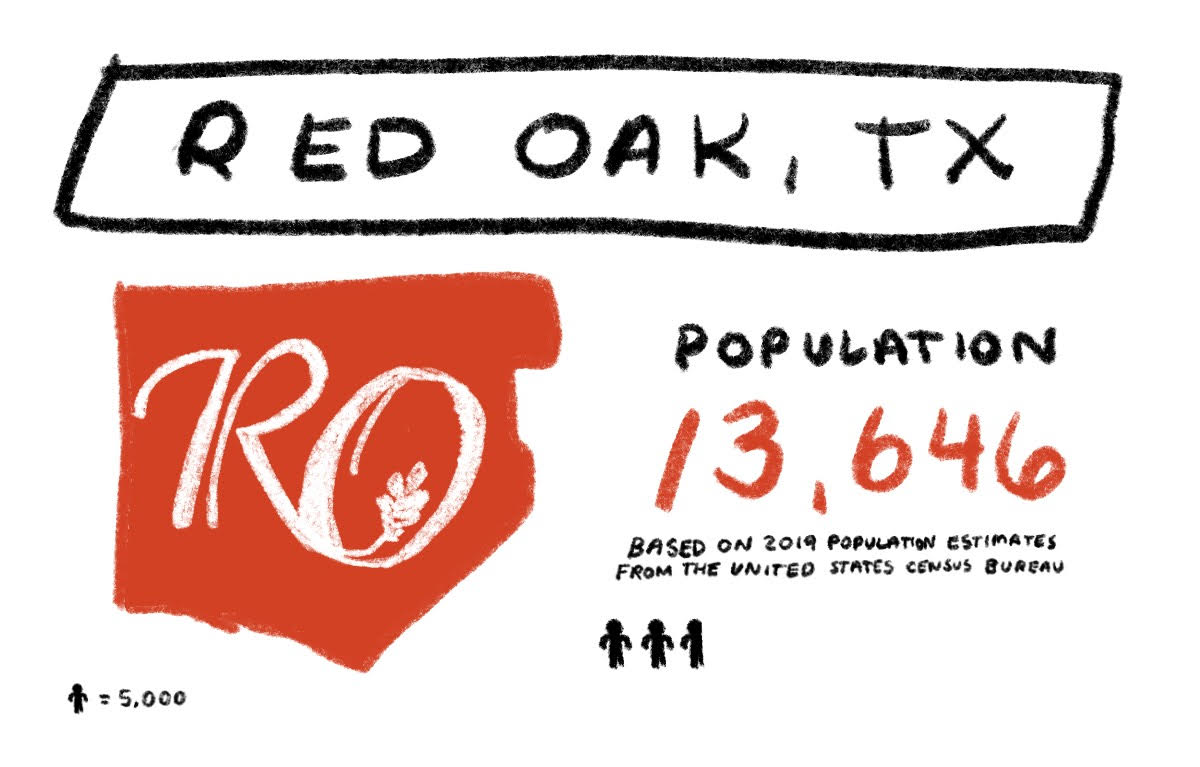 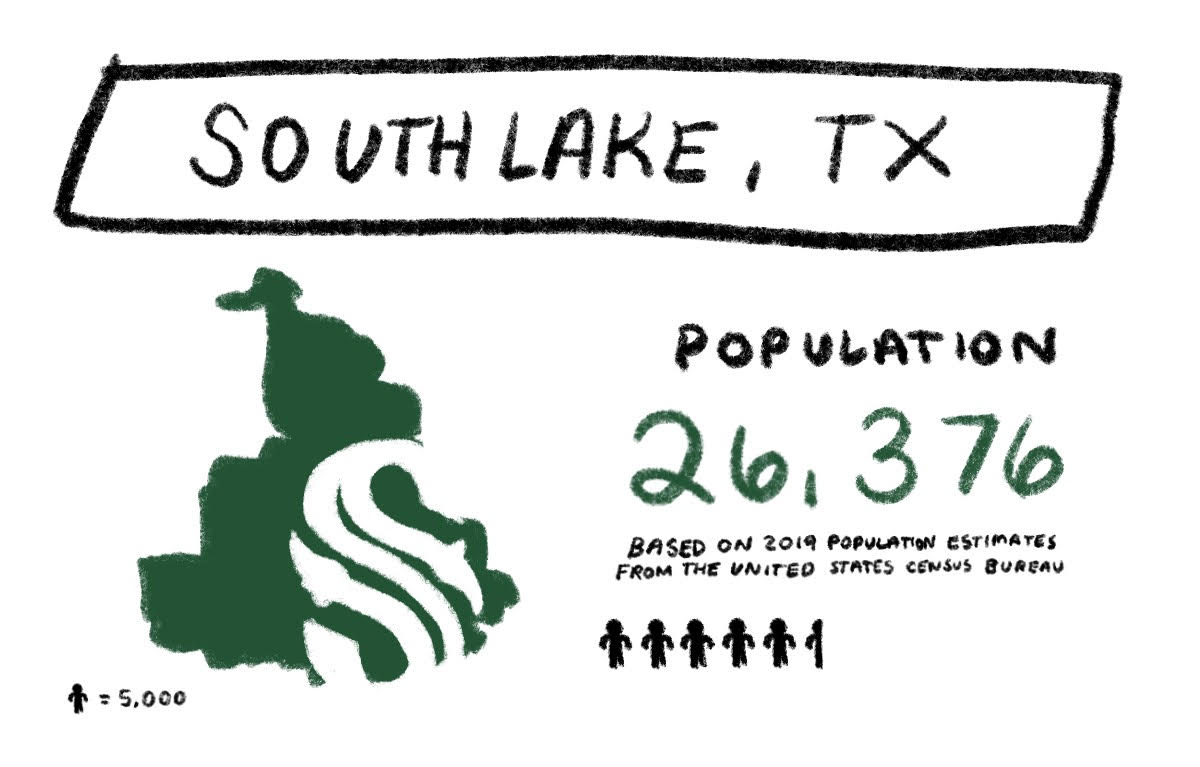 By the end of April, we reached 62,648 total U.S. deaths, well over Desoto’s population. 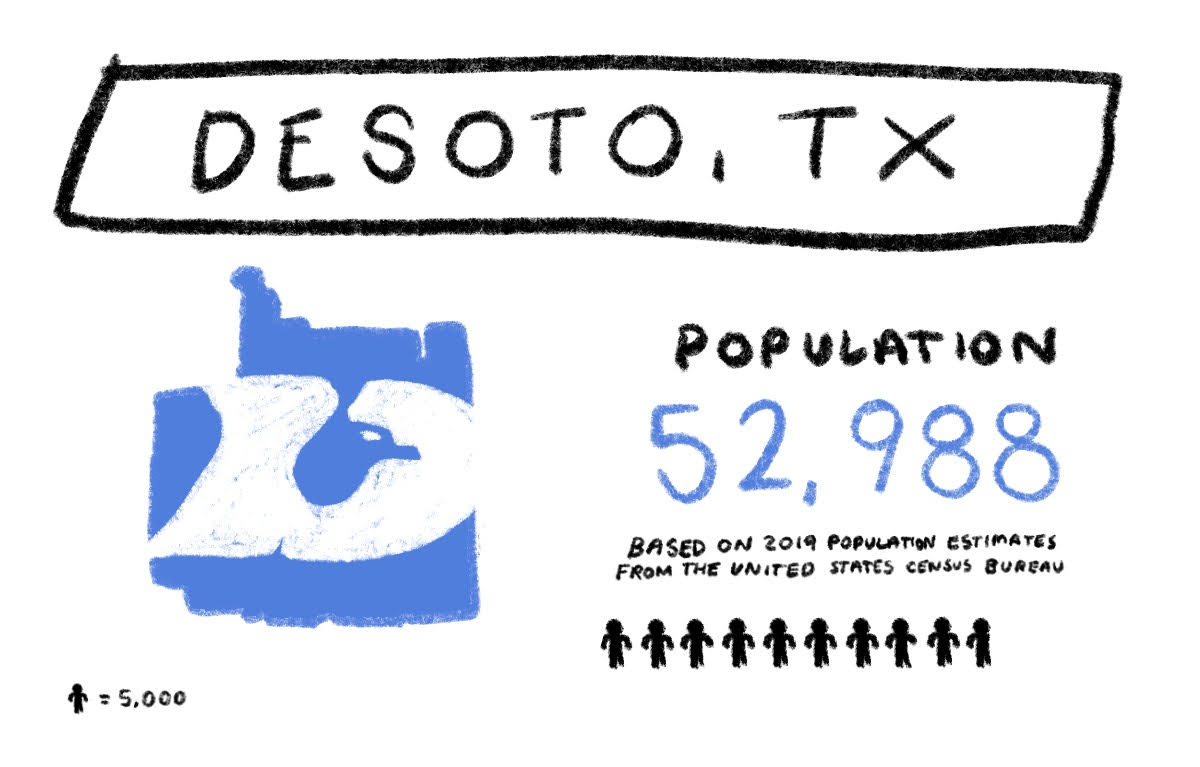 By the end of May, 109,504 total deaths had been reported, surpassing the population of Allen. 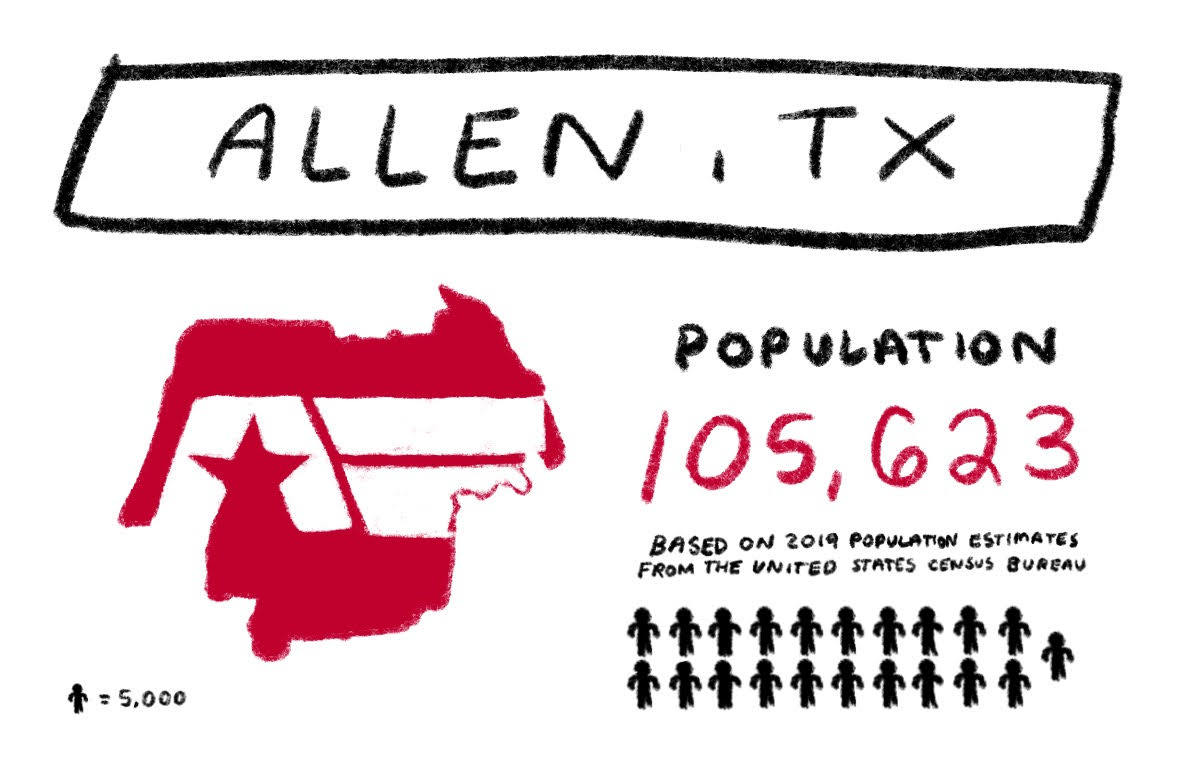 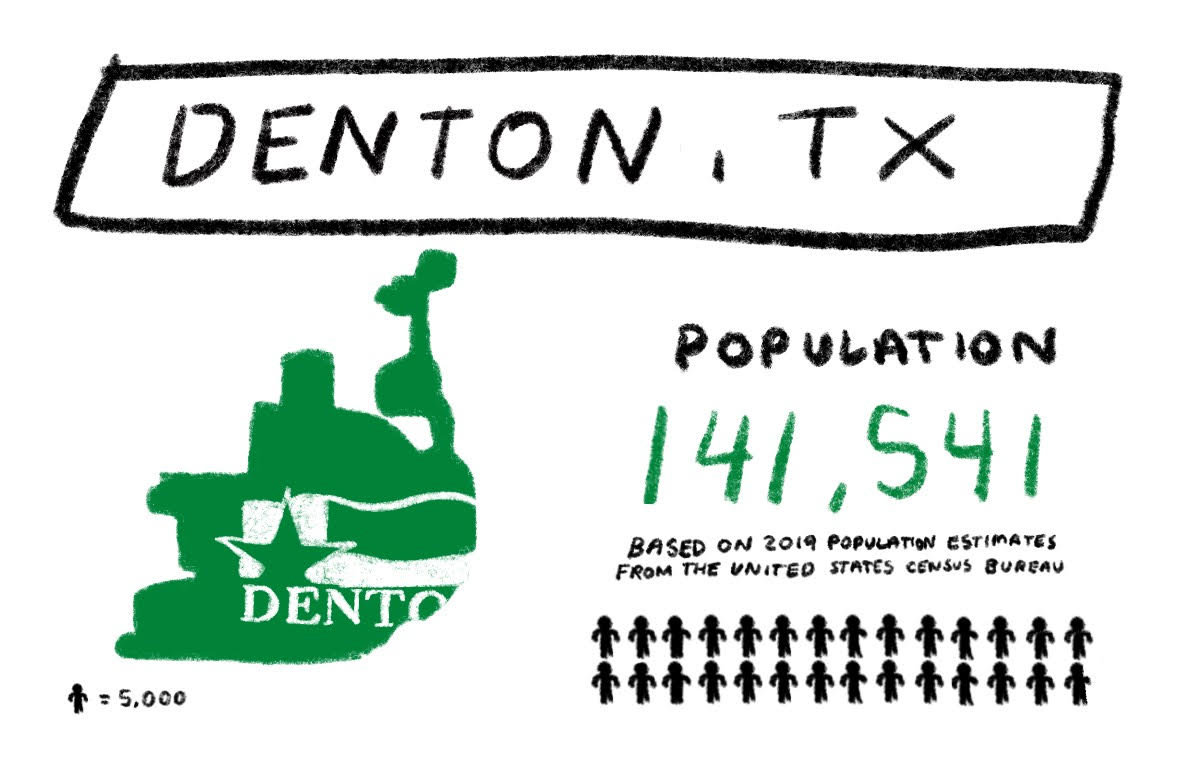 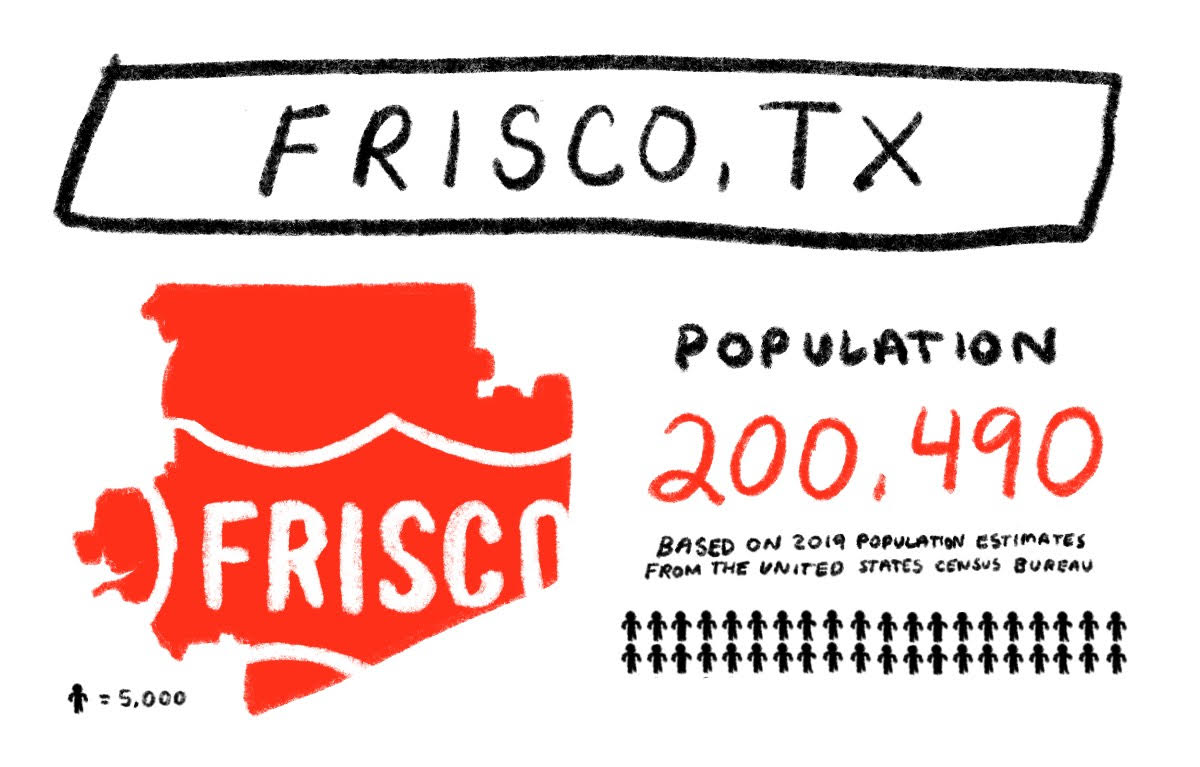 By November 14, 2020, the cumutlative U.S. death total reached 242,845 deaths, which is a few thousand more than the population of Garland. 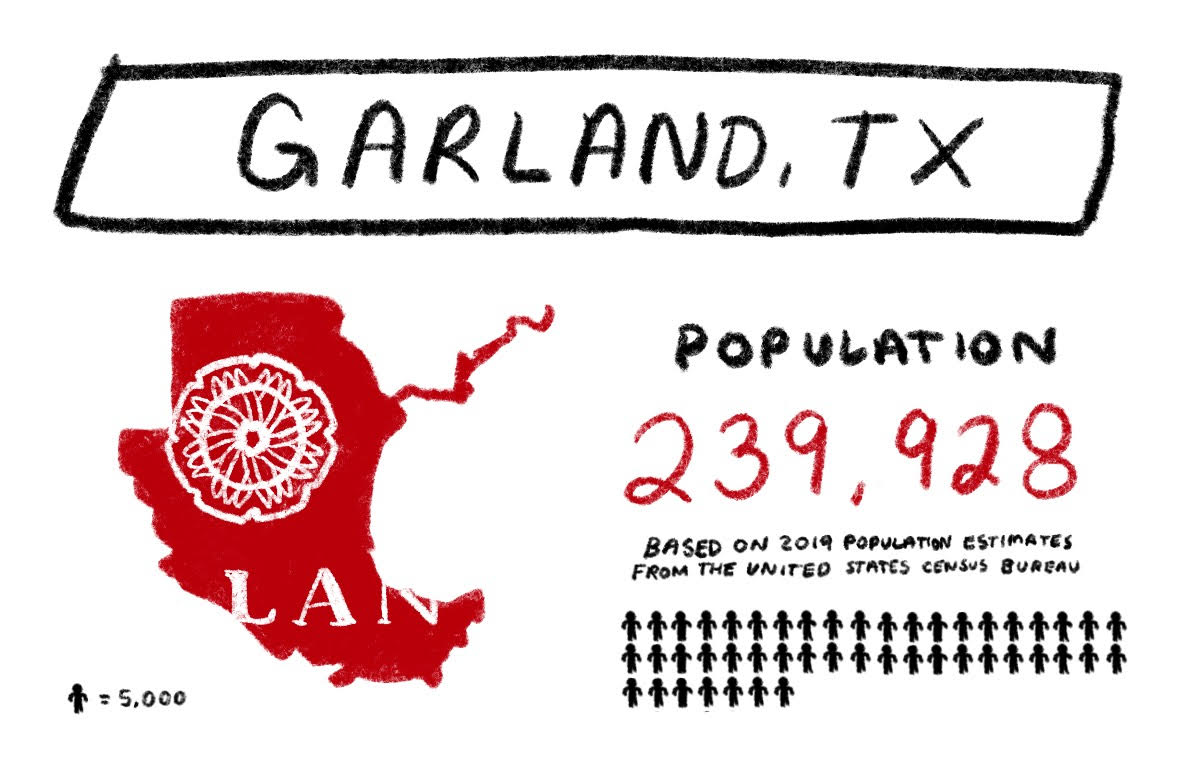 On December 5, the cumulative death count reached 287,290, just a few hundred less people than the population of Plano. A week later, the total hit 305,831. 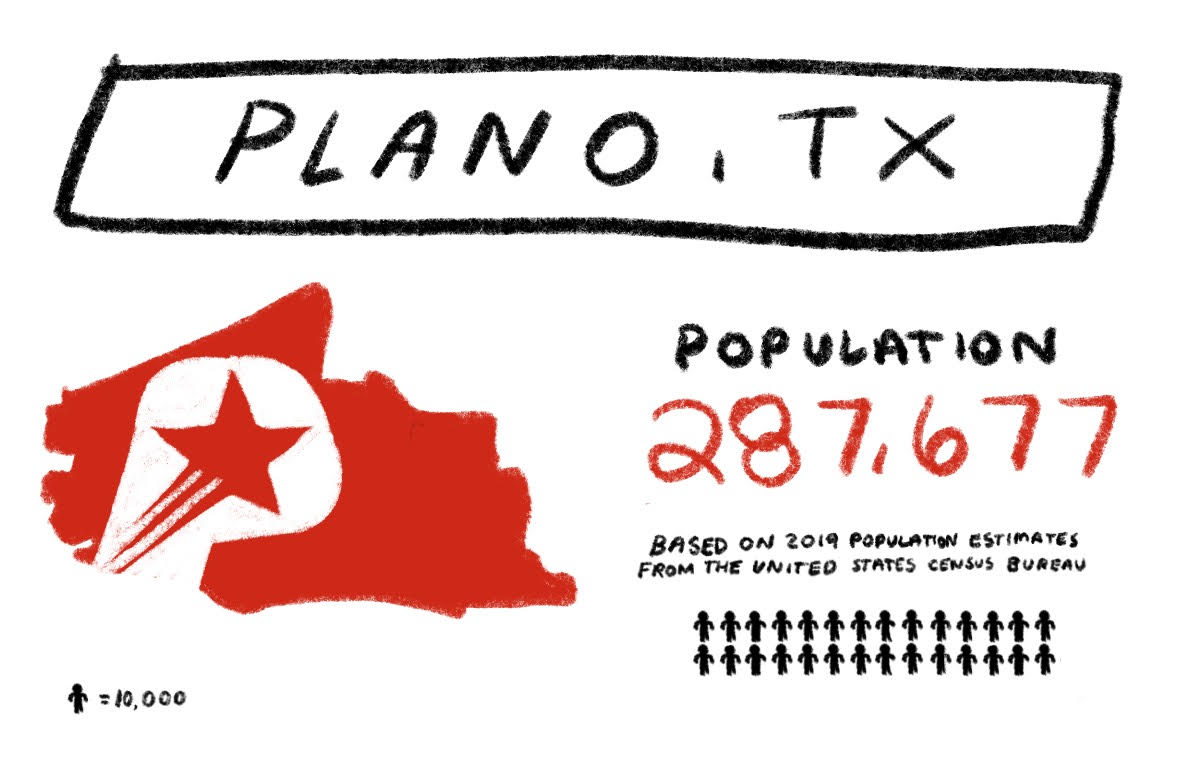 The week ending January 16, the national cumulative death count hit 399,828, with is more than the entire population of Arlington, one of the Metroplex’s biggest cities. 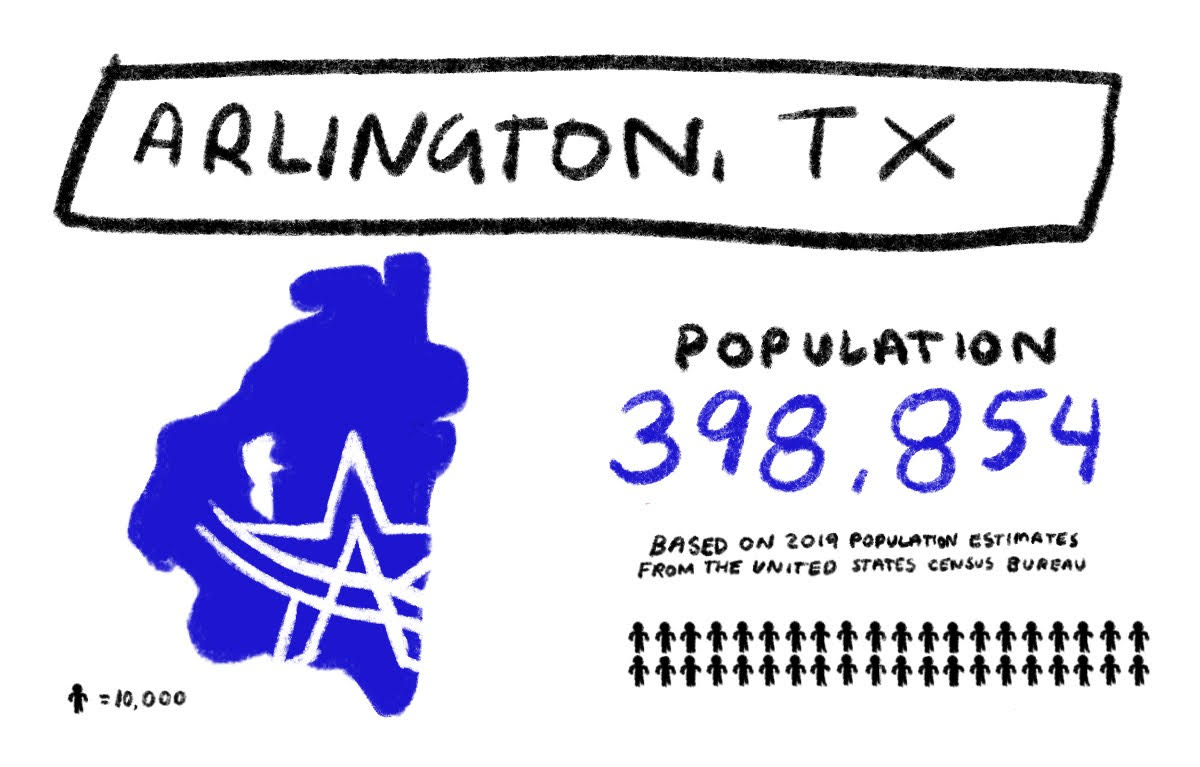 Editor’s note: This story was updated on January 28 and February 4 to include the cities of Plano and Arlington, respectively.