White Noise: Music Fests Are Coming Back To Dallas Soon. 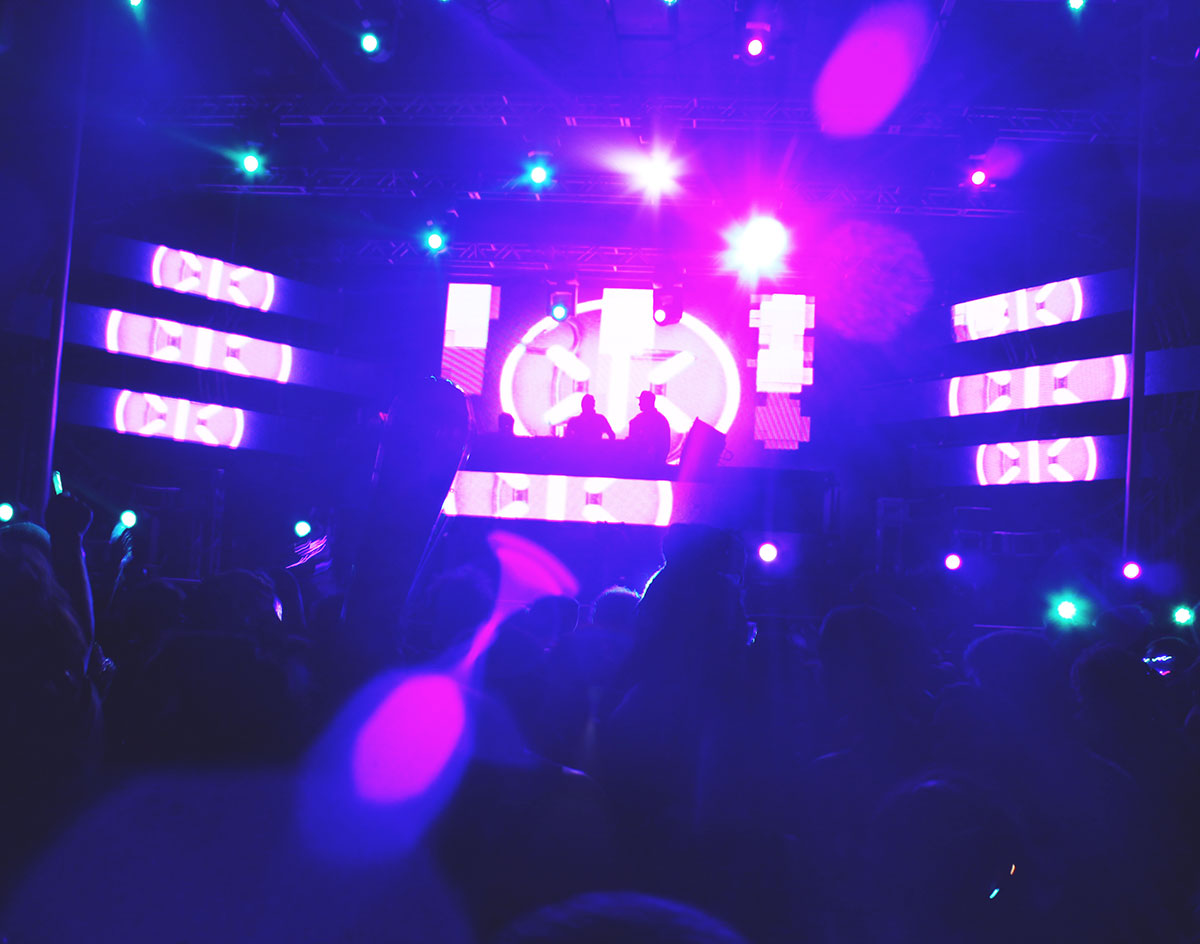 We already told you once, but it bears repeating: Rock ‘n’ roll returned to Deep Ellum in a big way this past weekend also area punk rock mainstays Rosegarden Funeral Party and Noogy played in front of a sold-out, socially distanced and masks-required show at Three Links.

We know we’re still a ways off from everyone getting vaccinated and things fully returning to normal, but we’re just happy to see one of our favorite venues being able to weather the storm the COVID-19 pandemic and getting back in the swing of things.

It should be said, though: For their part, Noogy never quit. In fact, they just put out a music video to go with the “Teen Idol” single they released earlier this year. Check it out:

Turns out, too, that live music is just returning to small venues. In fact, it’s starting to look like there will be some music festivals in our near future as well. This week, 95.3 The Range general manager Joshua Jones told the Dallas Morning News that he’s optimistic enough about the state of the pandemic to move forward with this year’s incarnation of the radio station’s annual Texas Music Revolution event, which will this year be headlined by Randy Rogers and Charley Crockett.

“I feel really positive about how we’re moving ahead with TMR so far,” he told Dallas’ Only Daily. “Dr. [Anthony] Fauci says every American could be vaccinated by the end of May, so we feel good about having a festival in June that’s safe for everyone.”

As far as festivals go TMR — set to take place Downtown McKinney on June 4 and 5 — isn’t the only one to look forward to, either. Since November, the annual EDM festival Ubbi Dubbi has been slated to go down on April 24 and 25 at Ennis’ Texas Motorplex — and, after announcing a handful of precautions, the three-day rave is still expected to go off like normal, and even slated to include camping as well.

Of course, if you’re still a little unsure about attending a live music fest, there are digital alternatives as well. Just recently, Denton’s Thin Line Fest announced the full lineup for the music portion its all-online affair, which  kicks off today. Trust us when we say it’s all killer, no filler.

Meanwhile, the Dallas Opera announced its comeback last week too. Their return will materialize in a three-part event called the “Welcome Back Song Series” and slated for March 31, April 3 and April 9. The first performance will featured the renowned Atlanta-born bass opera singer Morris Robinson, who also holds the distinction of being the first black artist to sign with a major classical label. As Dallas Opera CEO Ian Derrer told Fox 4, “[it’s] an understatement but we are ready to start singing again. To have Morris open up the house again after such a long time of silence is going to be really spectacular.”

Speaking of Italian things, Lake Highlands High School graduate St. Vincent recently graced the cover of Rolling Stone Italia — and the headline read “God Save The Benzo Queen” on a cover meant to promote her forthcoming Daddy’s Home LP. For her part, St. Vincent is taking the mix-up in good fun, explaining how it was probably something that got lost in translation.

Drugs play a big role, meanwhile, in Demi Lovato‘s new Dancing With The Devil docuseries. Already, two of the four-part, YouTube-hosted series’ episodes have aired, and they reportedly document the traumatizing experiences the former child star has undergone alongside her resounding Billboard chart successes. Among other things, she reveals that she was raped as a teenager, and that her alleged rapist never faced consequences.

Unfortunately, Lovato’s experiences are far from isolated incidents. This week, the Fort Worth Weekly reported that Leroy The Prophet frontman Gabriel Gomez was arrested this month on the horrendous charges of sexual assault of a child under the age of 17 and sexual abuse of a child under 14. An unidentified local musician who was reportedly close to Gomez to the Weekly that “he’s dead to me.”

Fortunately, not all news this week was so heavy and dark.

For instance? Well, Pantera’s Reinventing The Steel turned 21 on Sunday — and, with that, the band’s final album finally graduated to being able to legally booze legality. Drink up, little guy! They grow up so fast, don’t they? In a brief recording for Rhino Records, Pantera bassist Rex Brown opened up about that album’s legacy:

In other news, Denton’s Fishboy got a cool write-up about its new animated music video for the song “Greatness Waitress” off their upcoming album Waitsgiving that’s due out in April. Seems the video was rendered using a Unity-3D game engine that allows fans the option of an interactive listening/gaming experience.

Also still doing the damn thing is former Fox & The Bird member Daniel Bowman, who has a new band called Telephone House that was recently featured on KERA’s Art and Seek. The new project is a collaboration between Bowman and Tauran Krishnan of the local Latin rock band Foco De Atelier. The pair released a video for their debut single “Cracks in The Pavement” earlier this month.

Another band that got their due in the form of a cool write-up is the outlaw country/garage-rock group Ottoman Turks, whose paranoid skitzy new music video “Conspiracy Freak” was premiered in Rolling Stone. Justifiably so, too, as the song features Turks frontman Nathan Mongol Wells repeatedly ushering the phrase “Bush did 9/11.” No, seriously:

Speaking of cool new shit, the punks in American Shit Storm announced the upcoming release of their third studio album, Vol. III EP, which will earn its release at an April 30 celebration at Three Links.

Also? LOVEHEIST, the band formerly known as Northern National, put out a new video for its “Going Backwards” song that serves as a follow-up to the last month-released “Ready To Go.”

Finally this week, let’s touch on a couple Snarky Puppy-related releases were quieted a bit by the UNT-sprung jazz band’s fourth Grammy win that we mentioned last week.

For starters, violinist Zach Brock released a album called Polyphony, for which Snarky Puppy posted a little teaser featuring Brock wielding violins and showing off the exquisite facets of his instrumentalism.

Then there’s guitarist Mark Lettieri teamed with electric guitar legend Steve Lukather for a funk rock jam called “Star Chasers” that’s serving as a single off Lettieri’s own forthcoming solo album, Deep: The Baritone Sessions Vol. 2. They even dropped a trippy-ass visual to go with it.

2019 Ubbi Dubbi photo by Katie Polansky. Got a tip for White Noise? Email us!