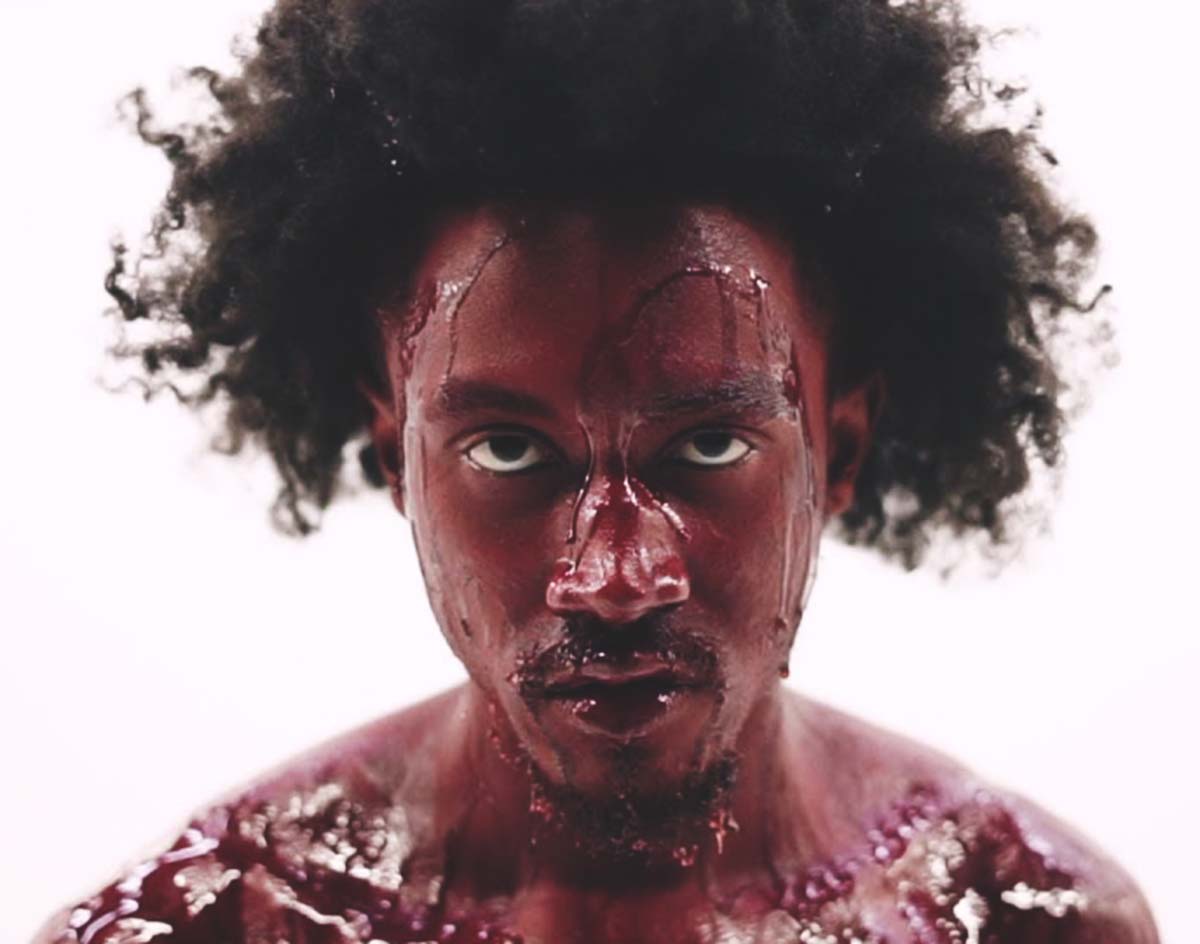 Bobby Sessions’ New Music Video Is A Must-See, St. Vincent Rocked The Hell Out Of Coachella And Jack White Promises To Make His Upcoming Dallas Trip Worth The Effort.

The Dallas music scene may still be reeling from this weekend’s revelation of rape allegations against DJ John Stewart, who has, over the course of just about 24 hours, lost every single one of the many residencies he once held across the city.

But while aspects of the scene may currently feel remarkably toxic, there are indeed entirely other aspects that remain worth celebrating.

Take, for instance, Bobby Sessions. Back in February, when it was formally announced that Sessions had signed to Def Jam Records, it became safe to assume that the legendary record label would have big plans for the artist’s initial roll-out. Still, few could imagine Sessions would make such an immediate impact with his debut single, “Like Me.” Following the previous week’s release of the song — and its stamps of approval from Pitchfork, NPR and DJ Booth, among others — Sessions released an awe-inspiring video for the single this past week.

Notably, it was created by an all-Dallas team, with Dallas artist extraordinaire Jeremy Biggers directing the video, designer Charles Smith II styling it and various Dallas actors, settings and studios rounding out the rest of the production. For more details on the inspiration behind the song and its video, check out Robert Wilonsky‘s great story on it in the Dallas Morning News today.

All of the above is to say that the clip is an absolute must-watch. You can do fulfill that duty below:

With all the attention Sessions is garnering for his major label work, it’ll be interesting to see if he ends up nominated for national music awards like some of his area counterparts. Over the weekend, Lindale’s Miranda Lambert was a huge winner at the 2018 ACM Awards, where she was named Female Vocalist of the Year for the whopping ninth consecutive time, and also won the Song of the Year award for her “Tin Man” track.

At the same award show, Arlington’s Maren Morris walked away empty-handed despite four nominations of her own. but she made quite the statement during her performance of her song “Rich.” See why Morris received a standing ovation from her fellow artists in the below clip:

Lake Highlands native St. Vincent delivered a dynamic performance of her own at Coachella this weekend. As Consequence of Sound reports, the artist’s new live show was a complete 180 from the one-woman set many have seen her perform on tour of late. Check out a taste of what the artist described as a “like a blistering, disturbing rock show” below:

As if that we’re enough, the artist born Annie Clark also soundtracked a 360-degree experimental film called Flatland: A Romance of Many Dimensions that debuted at the festival. The film will begin making the film festival rounds in the summer, but you can catch a trailer teasing its offerings right here.

That alone is a pretty good weekend, we’d say. And’s before we even mention the fact that, when Jack White performed as the musical guest of this week’s Saturday Night Live, he used Clark’s signature Ernie Ball guitar. Clark was thrilled by that choice, as her Instagram shows:

Speaking of White, he’s made a flurry of announcements involving his upcoming trip to town for gigs art The Bomb Factory on Friday, April 27, and Sunday, April 29. (Tickets, it appears, are still available to each show through those hyperlinks.)

First of all, as Guidelive notes, he’ll be bringing his label/record store Third Man Records‘ noted Rolling Record Store with him to the Sunday night Bomb Factory show, as well as having it stop by Good Records earlier in the day (at 3 p.m., specifically).

And what of his night off between shows? Well, in an interview with on KTCK 1310-AM/96.7-FM The Ticket last week, the co-owner of the Dallas-based Warstic baseball bat and gear company accepted a challenge from the hosts of the afternoon drive show “The Hardline” to play in a sandlot baseball game at Reverchon Park on Saturday, April 28. The details can be found here, and the definitely-not-at-all-staged audio of the challenge can be heard below:

Wait…did #JackWhite just challenge all the guys at 1310 The Ticket to a Warstic/Ticket #Sandlot baseball game while he’s in #Dallas for his tour? Who thinks we should do it??? Check out our FB for full interview. @dfwticket #ChallengeAccepted #boardinghousereach #thirdmanrecords pic.twitter.com/1YIw69fO2O

Speaking of staged things, Grapevine’s Post Malone had a planned cameo for his Coachella fall through on his over the weekend as the Walmart Yodeling Kid Mason Ramsey appears to have passed on an opportunity to hop up on stage alongside the “White Iverson” performer to instead take the stage with EDM artist Whethan. Oh, well. We’re guessing Posty will live, especially considering his recent appearance covering Mark Morrison‘s “Return of the Mack” alongside Craig Robinson and Seth Rogen in Rogen’s Hilarity for Charity special on Netflix.

Speaking of unique performances, the Dallas Morning News documented Sarah Jaffe’s one of a kind showing at the Meyerson Symphony Center to open the Soluna Festival, which found the Dallas performer teaming up with a drumline, a string quartet and ballroom dancers for a collaboration with New York artist, Jen Ray.

Dallas also made national headlines this week when Huey Lewis canceled the rest of his tour — because, as he revealed on Twitter, he started experiencing major hearing loss before a gig he was slated to perform here in Dallas earlier this year. Now he says, it’s “impossible to sing.” People has more on that curious story here.

Less curious is the news that a woman is taking R. Kelly to task over a bad sexual experience the two shared in Dallas. The woman alleges that the R&B singer gave her a sexually transmitted disease during an eight-month relationship that ran from June 2017 to February 2018. Through a statement delivered by her attorney, the woman claims that Kelly infected her in Dallas in December when the two met after his performance at Fair Park, and accuses Kelly of further criminal misconduct such as unlawful restraint, furnishing alcohol and illegal drugs to a minor, and aggravated assault. The Dallas Police Department released a statement saying it is not pursuing the case, although the woman is likely to continue her civil case.

Following up on its stellar debut EP from last fall, The Bralettes have finally released a new track to add to their in-need-of-growing catalog. Sludgier than previous material from the band, check out “Party” below:

Meanwhile, Diego Money has teamed back up with his old pal Famous Dex for a Wave Bros reunion on te new cut “Goyard = 4K” that you can stream right now:

Then there’s Atlantic Records artist Ekali. He’s from Canada, not Dallas. But he did release a new track with local EDM star Medasin this week. Listen to the new track to see if you can spot Medasin’s contributions to the track:

In another collaboration, newcomers 12 Gage and Zay Hube released a low-key melodic tune that has them demanding all the riches.

Dallas R&B singer TXS could herself be on the way to some stacks if the Rico Love protege — she’s signed to his Interscope subsidiary Division 1 — keeps on getting nods like she did today, when Vibe premiered the video for her appropriately vibe-y new song, “Do Good.”

For those in search of something heavier, may we suggest looking into the new EP from Strays titled Ritual?

If that’s not your speed, maybe the final note in this week’s column will be? It’s a new split release from EP from Fort Worth’s Better New, Denton’s Rei Clone and more.