Impossibly, Sam Lao’s Latest Music Video Is Her Best Yet. 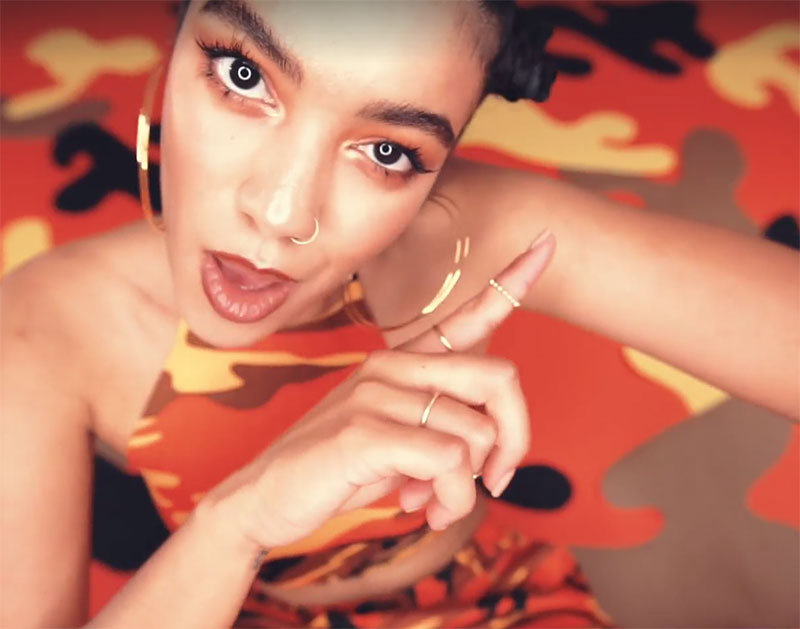 Sooner or later, the world is going to catch up to what North Texans have known for years now and realize that the Dallas rapper-singer Sam Lao is a born superstar, an increasingly impressive live performer who is as talented a singer as she is an emcee. When they do, they’ll likely similarly come to terms with the fact that her husband Jeremy Biggers — the ultimate multi–hyphenate — is also one of the more underrated music video directors in the entire rap game.

It’s a shame these two are still waiting on this recognition, really. When their powers combine, the sheer creative talent that gets put on display is borderline obnoxious.

Take, for instance, their latest collaboration, which comes in the form of a Biggers-directed music video for Lao’s song “Grenade” off her 2016 LP, SPCTRM. Referencing classic MTV-era videos directed by clear Biggers influence Hype Williams (most notably Missy Elliott’s “The Rain [Supa Dupa Fly]” and Busta Rhymes’ “Put Your Hands Where My Eyes Could See”), the clip is straight filled with all sorts of eye candy, not the least of which is the always magnetic Lao herself, who just oozes charisma as she spits rhymes to the camera.

You’ve just gotta check it out.

In no uncertain terms, that’s just an incredibly phenomenal video right there. It’s remarkably well done and, at this point, it’s the clear clubhouse leader in the 2017 best music video race — certainly locally and justifiably in larger circles, too.

Spread this Dallas around, y’all. It merits it.

Sam Lao’s next hometown show comes on Thursday, June 29, at Club Dada; head here for tickets and more information on that show. After that, she kicks off a tour of Texas with a show on Thursday, July 6, at The Dirty 30. Later this year, she’ll perform at the Sound on Sound Fest in Austin.