What Good Does Dallas Arts Month Really Do? 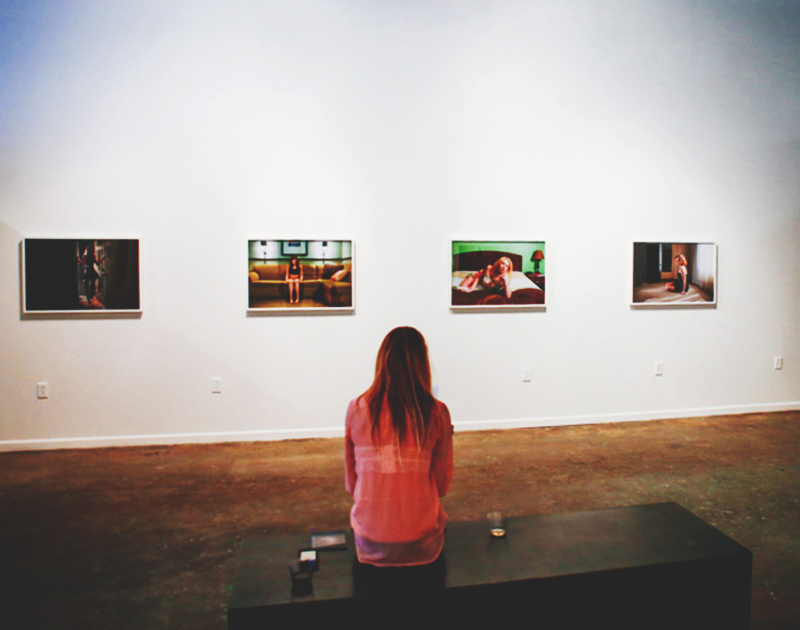 During a press conference in late March, Dallas mayor Mike Rawlings — a man whose reputation is built upon such hot takes as “domestic abuse is bad!” — declared the Dallas arts scene a thriving one. It’s so thriving in the mayor’s estimation, in fact, that he felt that the seven-day celebration of Dallas arts — the one that he, father of a successful local artist himself, launched in 2013 and called Dallas Arts Week — no longer sufficed. And so, he announced at the press conference, he was scrapping Dallas Arts Week. Because Dallas, as he put it, deserved better. It deserved Dallas Arts Month, a full 30 days of dedicated attention given to local creative offerings in hopes of bolstering our city’s cultural reputation.

But, in a city where some believe that the fire marshal is actively working to stifle art events around town, what does a whole month of Dallas celebrating the arts even really entail?

For the most part, Dallas Arts Month just looks a whole lot like Dallas Arts Week, only it’s now a month-long boast about how much art and entertainment you can find within city limits, coupled with a coordinated attempt between some private and public establishment organizations to draw attention to events planned throughout April. The website’s listed organizers are Mayor Mike Rawlings, the city’s Office of Cultural Affairs, the AT&T Performing Center, the Dallas Area Cultural Advocacy Coalition and the Dallas Arts District; its media partners are the Dallas Morning News, WFAA, KERA’s Art & Seek brand and WRR Classical 101.1-FM; and its listed partners are the Dallas Art Fair, the American Institute of Architects and the Dallas Center for Architecture.

Pretty specifically, Dallas Arts Month seems designed to draw extra attention to flagship events like the Dallas Art Fair, but advocacy is also provided for more diverse, locally rooted events like BlkART214 at the South Dallas Cultural Center. To be sure, programs and performances of varying size and scope are being promoted on an official Dallas Arts Month website, and a subsite within Art & Seek’s listings.

But while there are indeed a handful of activities — like the Family Day event at Ron Kirk Bridge, and performances from BANDALOOP — that are being put on by the city, most of the events listed as being part of Dallas Arts Months appear to simply coincide with the celebration’s date parameters. When you go to the Dallas Arts Month or Art & Seek websites, you’ll see promotions of different exhibits currently housed at the Dallas Museum of Art, and listings of performers coming to the Winspear Opera House. Essentially, you’ll enjoy a 30-day sample of what tends to go on at the city’s confirmed cultural mainstays.

To be fair, Dallas Arts Month also provides attention to performances like Bruises: Animal Vs. Machine that are hosted at the Oak Cliff Cultural Center. These ongoing performances were made possible in part thanks to a grant from Dallas’ Office of Cultural Affairs that was provided to help make the show more accessible — geographically and financially — to Dallas residents, making it a good example of what can happen when the city supports local endeavors.

But how much does the local creative community actually benefit from Dallas Arts Month? If you’re a consumer of art, particularly a consumer with a formidable bank account, this month is a veritable bonanza of events, as it features performances and pieces with national, and sometimes international, regard. But there’s no doubt that a prominence of major attractions can have the unfortunate effect of obscuring local artists, even if a broader general appeal could still lead to a net gain or at least offer the swell of pride that can come with a little more media attention.

Local artists can also benefit from the arrival of bigger names, and not just because artists also tend to be fans. The weekend’s performances by the Alvin Ailey American Dance Theater at the Winspear Opera House led to students at Booker T Washington enjoying a master class from Ailey company member Daniel Harder.

Of course, if we’re totally cynical and see this is a way of drumming up tourism dollars, is that even necessarily a bad thing? No, not assuming it works. Bringing in visitors (or just encouraging locals to splurge a bit) can lead to serious cash. For instance, hosting last year’s WrestleMania at AT&T Stadium meant earning a major projected windfall — at least in theory. In practice, the realities of economic boosts from events taking place within a city are dubious at best.

Still, events like these are just good optics for a city that occasionally wants to appear cultivated, even as local leasing companies are determining that prospective Dallas renters would rather have nondescript surfaces than elaborate murals — or so went the justification given for the recent paint job given to Five Mockingbird Apartments (formerly known as the Phoenix apartment building).

It’s not necessarily an intended consequence of the change, but we should be careful not to let the new Dallas Arts Month obfuscate the larger story of Dallas and its creative scene, and miss other interesting developments. The city made a show of revealing that Dallas had expanded its week of art appreciation to a full month, but we’re also apparently taking the initial steps towards a rewriting the city’s cultural plan, something that hasn’t taken place in 15 years. The stakes behind the Office of Cultural Affairs’ intentions, as broken down in this D Magazine article, are tantalizing. But the process is still cohering, and we could theoretically end up with a rewrite that’s more bureaucratic shop-keeping than an actual bolstered effort to commit to our art scene.

Such revisions were a stated goal of Office of Cultural Affairs director Jennifer Scripps when she started in the position last year. The proximity of the initial talks with the reveal of Dallas Arts Month seems like a justifiable eyebrow-raiser, although there’s no stated connection between these occurrences. An increase in attention could certainly be a flashy indicator that city officials really do want to add to our cultural reputation, even if there’s no guarantee that it means an inevitable increase in cash or any remarkable change in priorities. More cash could be a big ask in particular, considering how the city’s still reeling from the always-looming Dallas Fire and Police pension calamity (one of many sources of major trouble for our police department), but it could help make a real difference, especially for artists who are striving to plant stakes here.

Tempting as it is to tangle ourselves in a web of speculation regarding Dallas’ creative future based on the new Dallas Arts Month or the proposed cultural plan, the most pertinent course of action here would be to step back and accept that, so far, we have little evidence to go with in any condemnation or praise of these things.

So, for now, here’s our pro tip: Show your concern over the fate of our city’s cultural future by showing up and shelling out some cash to support your friendly neighborhood arts culture this month. If nothing else, Dallas city officials seem intent on making it clear that you have plenty of options to do that this month.

As for the rest of the year? Maybe the city will one day realize that things happen then in the arts, too. Because, and we’re speaking from experience here, maintaining a web site that highlights some of these things, while also finding the time to throw a few of your own? It isn’t that hard.