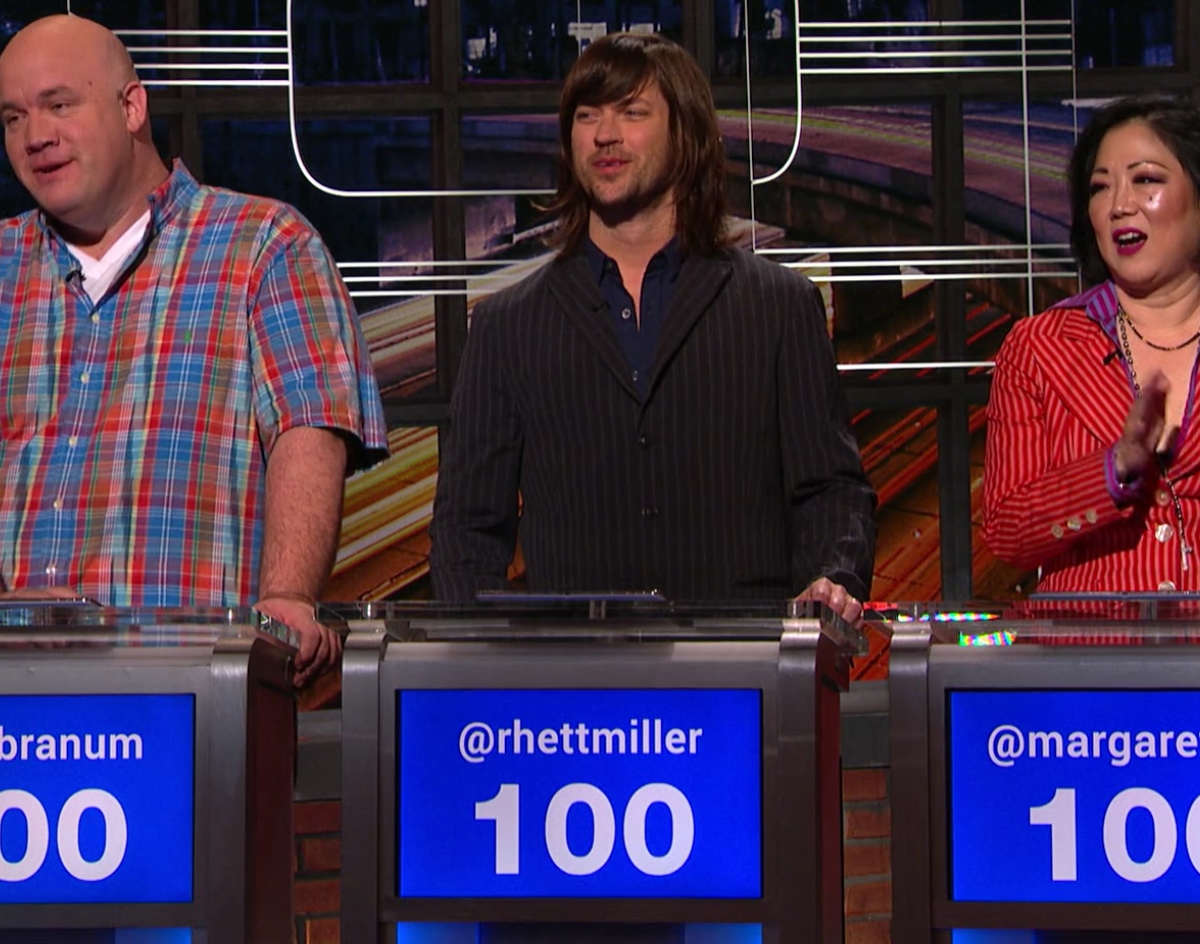 Maren Morris Adds To Her Trophy Case, A Foo Fighter Interviews A Texas Gentleman, Rhett Miller Laughs It Up On @Midnight and Squirt DJ Passes On.

It’s not necessarily a big surprise but, once again, Miranda Lambert and Maren Morris were big winners at Sunday’s ACM Awards.

“I don’t know why I’m in shock right now — I knew this was going to happen,” still said Morris while accepting her award. “But I’m just so grateful, and this year has been the best year of my life.”

She also used the award show opportunity to perform her latest single, “I Could Use a Love Song,” and show off a bit of a different side of her personality.

Another country performer given an opportunity to show a little personality this week was Paul Cauthen, who sat down with Foo Fighters guitarist Chris Shiflett for an episode of his Walking the Floor podcast. Subjects broached include how Cauthen turned down a deal with Third Man Records to record with Beau Bedford and The Texas Gentlemen, and also a bit of priceless advice he got from FAME Studios owner/proprietor/producer Rick Hall.

In any case, Shiflett’s podcast is probably one you’ll want to start subscribing to, as North Texas musicians are pretty frequent guests on the program. Recent episodes have included Cody Jinks, Jack Ingram, Ryan Bingham and Rhett Miller to name a few. You can hear Cauthen’s episode below.

Speaking of the Gents: Another of their rotating front men, Leon Bridges, recently put together a playlist for Reese Witherspoon to post on her Draper James blog, which the actress describes as her “little slice of space to share the things I love most about life in the South: the people, the parties, the food and the fun!” The playlist, inspired by Reese’s HBO miniseries Big Little Lies, features fellow Gent Wesley Geiger and Fort Worth-sprung Townes Van Zandt, among others. Check it out here.

And in still more Gents news, the collective was announced this morning as performers at this summer’s Pilgrimage Festival outside of Nashville. Find the rest of the lineup for the Justin Timberlake-, Eddie Vedder-, Ryan Adams-, Avett Brothers-, and Mavis Staples-headlined affair here. Needless to say, it’s worth the 10-hour pilgrimage east.

Before that, of course, Staples will perform at this weekend’s Old 97’s County Fair in Dallas. Of late, the 97’s have been busy drumming up publicity for their namesake fest, their latest album and their new tour — especially frontman Rhett Miller, who was a guest “comedian” on last night’s episode of @Midnight with Chris Hardwick, where he did more than hold his own. Stream the full episode here.

Moving on: The former proprietor of the world’s first-and-only 8-track museum, Bucks Burnett, launched his new 14 Records & Cassette Museum at 9022 Garland Road this weekend, just a couple doors down from The Good Pagoda and Lounge Here. The hours are listed as “now and then,” as well as by appointment.

Also opening a new chapter is Esteban Flores, who closed the book on the indie rock band he fronted, NEONNOAH, over the weekend, and began his next project, called FEEVES, pretty much instantly. Basically, if you were into NEONNOAH, you’ll probably also dig the similarly poppy first single, “Casual,” from FEEVES. Give it a spin below.

But that’s just one of many new videos released this week. Up next is a new one from a resurrected The New Year, off their first new studio album in nine years! Snow will be released later this month, on April 28, via Undertow Music. Stick with it, because the lyrics don’t come in until minute four.

Another revered DFW band of yore, Life to Experience, has a new mini-doc/EPK out about its history, and its recently remixed and re-released debut LP.

And hardly a week goes by that The Outfit, TX or its various members don’t release a new video. Hell, they’re almost more actor than musician at this point. Anyway, this week is no different, with Mel releasing his new “Phoneline” clip via The Fader.

Another clip from the hip-hop realm comes from AV the Great for his new “Bunkin” single. Share it if you enjoy it, but don’t if you don’t. He and his crew aren’t into fake handshakes.

Winding things down this week, we want to share the news that art education organization Big Thought is looking to hire starving Dallas artists to help with impart some wisdom on some budding artists in the coming months.

“The bulk of the positions,” organizers tell us, “are ‘teaching artists,’ which basically means teaching kiddos about whatever medium an artist is an expert in in a summer camp type setting.”

Finally, on a sad note, Aaron “Squirt DJ” Wilkerson passed away on April 1 following a short illness. A GoFundMe page has been set up here to help him “pay his final tab.”