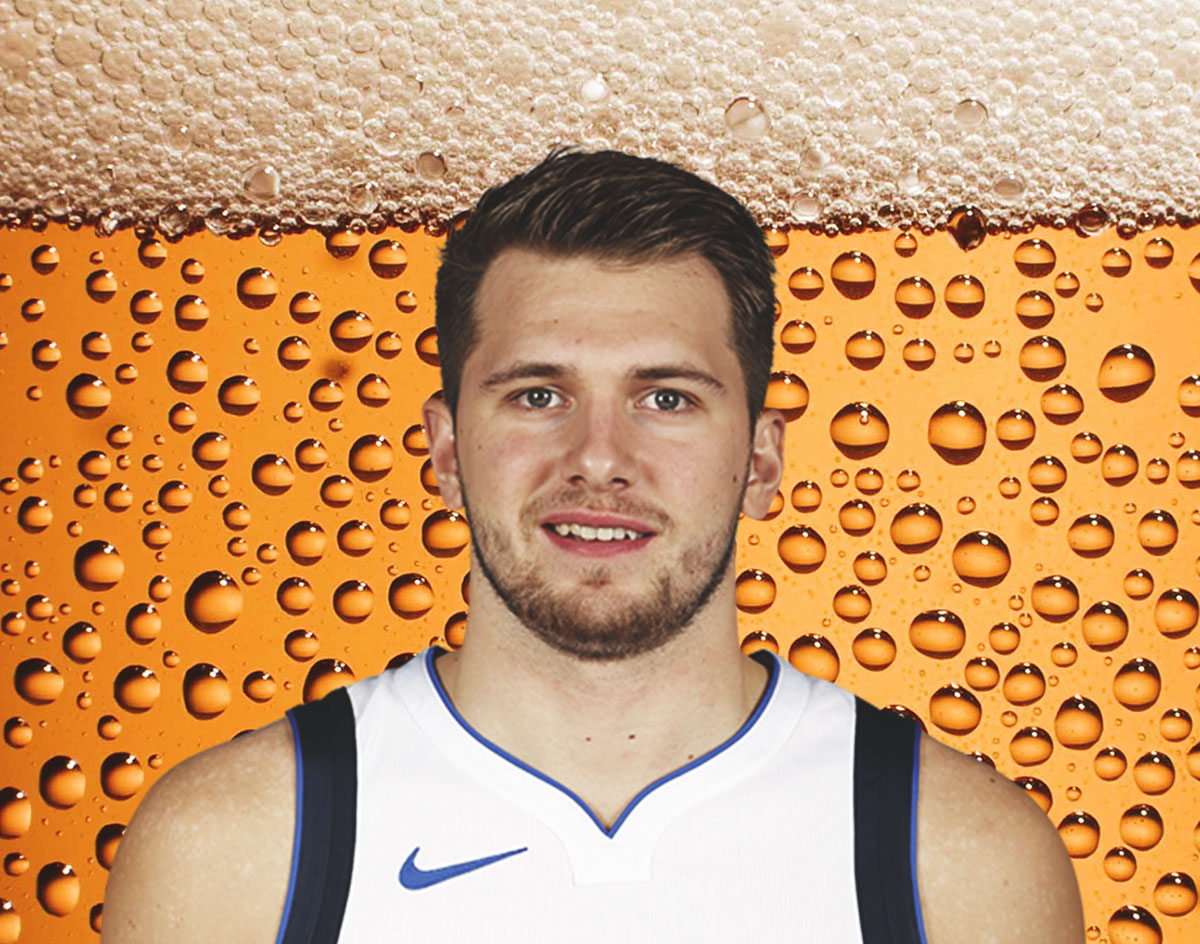 Now That The Dallas Mavericks’ Newest Basketball Savior Has Turned 21 Years Old, Where In The City Should He Head For His First Drink?

It’s clear at this point: The Dallas Mavericks’ biggest party nights all happen in Miami.

When the team won the NBA title back in 2011, it did so on the road in Miami, prompting the team to bring the league’s famed Larry O’Brien Trophy along with them as they celebrated the franchise’s first championship at that city’s storied LIV nightclub.

Tonight, on the day that current Mavs sensation (and known sneakerhead) Luka Doncic celebrates his 21st birthday, the team will again find itself in South Florida — this time for a regular season contest.

SEE ALSO:
• The Best And Worst Jerseys In Dallas Sports History
• These Are The Unis The Mavs Should Be Wearing


Will Doncic and the rest of the Mavs head out after tonight’s contest for a little celebration? We can’t say for sure.

But, sooner or later, Doncic is definitely going to purchase his first drink as an adult in America somewhere, and he’ll eventually also do so in Dallas — likely at some point after the Mavericks wrap up their current road trip on March 2 in Chicago and come back to town for a home stand that kicks off on March 4 against the New Orleans Pelicans.

Why would he bother? Well, the guy’s already well on his way to becoming a legend in the city thanks to all of the under-21 records he’s set since joining the team last year and becoming an All-Star starter this season.

In @NBA history, prior to turning 21 years old, Dončić is:

The next natural step in his ascension to full-on Dallas icon status is to following in a young Dirk Nowitzki’s footsteps and party out on the town with the people — clearly.

So, that in mind: Where should Luka buy his first legal drink in Dallas?

We have some ideas! Ten of them, in fact!

Candleroom. Let’s be real: This Knox-Henderson lounge has been a known Dallas Mavericks party destination for around a decade at this point, and if Luka’s looking to legally imbibe alongside his teammates for the first time, there’s a better than average chance that it ends up happening here.

The Whippersnapper. Another preferred — if significantly lower-key — hangout spot among Dallas athletes, The Whip has a decent chance of popping up as Luka’s first drinking destination in Dallas. Why? Well, because both the venue and the player are both known fans of mainstream sitcoms.

Black Swan Saloon. Owner and head bartender Gabe Sanchez is a known Los Angeles Lakers fan, but we’ve spotted a few athletes popping in to order a few carefully crafted cocktails at the Swan over the years — including a few NBA all-stars (at the time, anyway).

Bottled Blonde. Ever wonder why Bottled Blonde regularly rings up more booze sales in town than any other bar? It’s because the just-of-drinking-age set really digs the spot, which is exactly the group Luka belongs to at the moment, for better or worse. Plus, if he wants to show off his hoop skills, he can always hop over to the bar’s sister space The Backyard and flash his talents on that spot’s Pop-a-Shot games.

Double Wide. The Dallas Stars have shown up en masse to the Double Wide on at least a few occasions in recent-ish memory, and there’s a reason why: Nowhere else in the city is quite as capable of replicating the inherent cool that this outpost on Deep Ellum’s easternmost edge just so naturally boasts.

Happiest Hour. Like Bottled Blonde, Happiest Hour is one of the highest-volume booze-slinging establishments in the city, although its crowds tend to be a little more of the young professional variety. So why would Luka end up here for a drink? Convenience. Happiest Hour is just a stone’s throw from the American Airlines Center, where the Mavericks play their home games, and a just a hair farther away than the directly AAC-adjacent Hero, which might trick Luka into (falsely) thinking he’ll run into fewer fans while grabbing a post-game drink.

Community Beer Co. Taproom. OK, you wanna talk convenience? Well, watering holes don’t get more convenient than this spot adored Dallas craft brewery’s in-house bar, which is located directly next to the Mavericks’ Design District office headquarters and practice facilities. There’s a better-than-zero chance that Luka just accidentally wanders into this spot and finds himself with a beer in his hands one of these days.

The French Room. A bit of a wildcard, we admit. Why would Luka head to the hoity-toity spot inside of Downtown Dallas’ Adolphus Hotel? Honestly, he probably wouldn’t — unless he was hankering for a little bit of his native continent’s flavor. (Fun fact: In his home country of Slovenia, the legal drinking age is 18.)

Three Links. Luka has a bunch of tattoos, and most people who hang out at Links do too — so the dude would fit right in! Is this a reach? Maybe. But if Luka’s looking to up his punk rock cred, this would be the spot in Dallas where he could do it the fastest.

The Loon. This spot may be a shadow of its former self now, having relocated across the street and down the block from its famed original location. But, prior to the move, The Loon was Dirk Nowitzki and Steve Nash’s preferred drinking spot back in their salad days. Now, it’s in the process of moving again. Still, if Luka were to pop in here, even just once, the city would flip out over the clear nod to his forebearers that such an appearance would represent. And one thing is for sure: Luka has a real reverence for the greats who paved the path before him.