What I Learned Listening To Luka Doncic’s Favorite Songs. 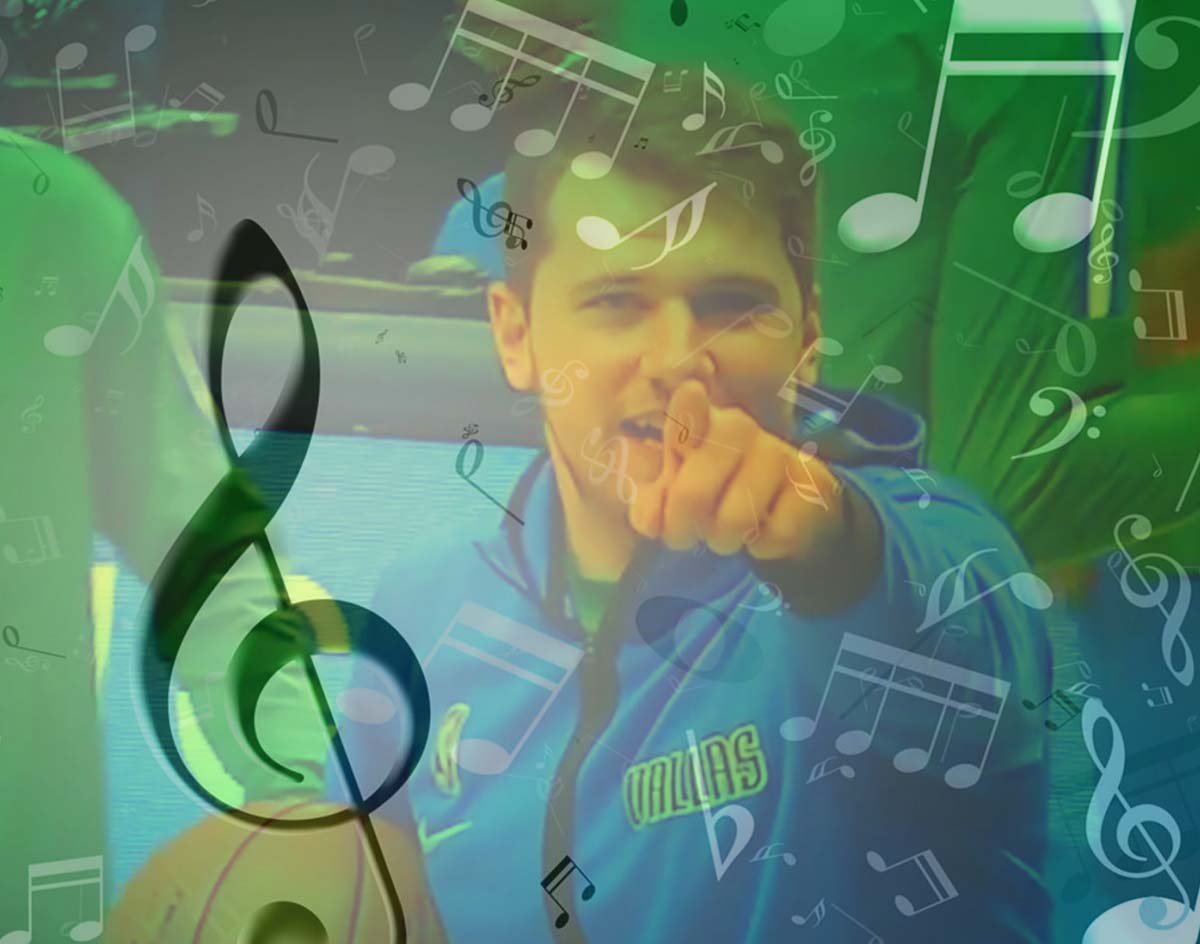 I Spent Six Months Compiling A Spotify Playlist Of The Songs Luka Doncic Shares To His Instagram Stories. Here’s What I Heard — And What I Learned.

I’ll be honest: I’ve had a strange relationship with music since the pandemic began.

Considering my work as a radio DJ, maybe that should’ve been expected. Broadcasting every day from your closet amidst a once-in-a-lifetime health crisis and social unrest — plus not being able to fully address either of those topics on the air — will just do that to a person, I guess.

Not helping matters was the fact that, in the wake of those society-shifting moments, layoffs entered my industry — and my life, too. Suddenly, I found myself off-air for the first time in over 16 years.

As the music industry remained on pause, there wasn’t really anywhere else for me to turn. On top of it all, live music venues were closed with no clear sign of returning any time soon. Music, and more importantly live music, has always been a huge source of joy for me, and that joy was largely gone thanks to the pandemic.

Fortunately, I found something to replace that joy for me throughout 2020: sports.

Sure, the Stars’ thrilling run to the Stanley Cup Final was a ton of fun, but I’ve always been a basketball guy, and the Dallas Mavericks are my team. So, the team’s unfortunately short run in the NBA Bubble excited me for several reasons. First and foremost, I realized how much I missed the unpredictability of live sports. Then there was also the fact that the Bubble’s setting inside Disney’s Wide World of Sports brought me back to simpler times playing AAU ball at that very same venue in my younger years. Most of all, though, there was Luka Dončić, whose game-winning step-back three in Game 4 against the Los Angeles Clippers was quite literally one of the happiest moments I experienced in the year 2020.

When that series ended, I wasn’t ready to remove Luka from my life. Fortunately, I didn’t have to: Between the 2020 season and the one the team just wrapped (again at the hands of a heartbreaking first-round loss to the Clippers), I was able to keep tabs n our young Slovenian wonder boy as he posted updates to his Instagram account about his well-deserved offseason vacationing adventures with his girlfriend.

I’d describe myself as Extremely Online, which is no doubt my worst quality. But, to my surprise, following Luka on Instagram proved to be the exact source for music discovery that I needed in my life.

You see, several times a week, Luka would post the music he was listening to in the car to his Stories. It was all unfamiliar, but also incredibly fascinating, to me. I’d never heard of these artists — Ceca, a Serbian folk-pop singer; Korado & Brendi, who play Slovenian-style polka (a style of polka is apparently also called “Cleveland-style” polka according to the Wikipedia wormhole I went down late one night); and plenty of other Central and Eastern European pop acts.

Vibe curator that I am, I decided to collect every single one of these tracks Luka posted to Instagram over the course of a six-month period into one convenient Spotify playlist.

Intriguing as all of these sonic entries are, one jam in particular kept showing up in Luka’s feed — in his car on the way to practice, as the soundtrack to a flashy arena entrance video or highlight clip, just everywhere.

Talk about a song that goes way harder than it has any business going.

“Miki Milane” was released in 2009 when Luka was all of 10 years old — and still three years away from signing his first professional basketball contract with Real Madrid.

But since the rest of the internet caught onto its greatness over the past couple of months — no doubt inspired by similar sojourns like mine into Luka’s IG posts — the track has started popping up at the AAC as the Mavericks warm up before games, as bumper music on Bally Sports broadcasts and even on the Mavs’ own official Instagram account.

It’s even somehow found an unlikely American audience on TikTok.

As I understand it, “Miki Milane” lyrically tells the tale of a man Vera loves but also knows will be unfaithful. Best as I can tell, Luka himself appears to interpret this Balkan banger as a means of taunting the defenders who simply can’t hold him.

Beyond Luka himself using a decidedly pop-oriented track in a swaggering way we all wish we could in our early 20s, I cannot state this next part enough: Seriously, this song fucking slaps. It’s pure joy, which is a) exactly the mindset a young superstar on the rise should find himself in between seasons, and b) an aesthetic that tracks for a player who exudes such happiness in his game, frankly.

Granted, this coming season should be less of a restful one for our young hero, who hopes to fill much of his time off from the NBA by propelling his national Slovenian basketball team to Olympic glory in Tokyo this summer.

As he’s doing so, the Mavs themselves have quite the difficult task of their own to contend with by simultaneously rebuilding their suddenly ravaged front office while assembling an on-court roster meant to fit Luka’s game for future title runs.

Yes, it’s a weird time to be a Mavs fan, no doubt.

But there’s a few things we can rest our hats on in the coming months that should ease our pain.

For one thing, after a too-extended absence, live music is finally coming back into our lives. And, beyond that, if my six-month deep-dive into his music taste is the indication I hope it is, we can also expect a few more Central European bangers to enter our lives through Luka’s joyful postings.

Remember: Sports sadness is only temporary. The reinvigorating power of music, on the other hand? That’s forever.