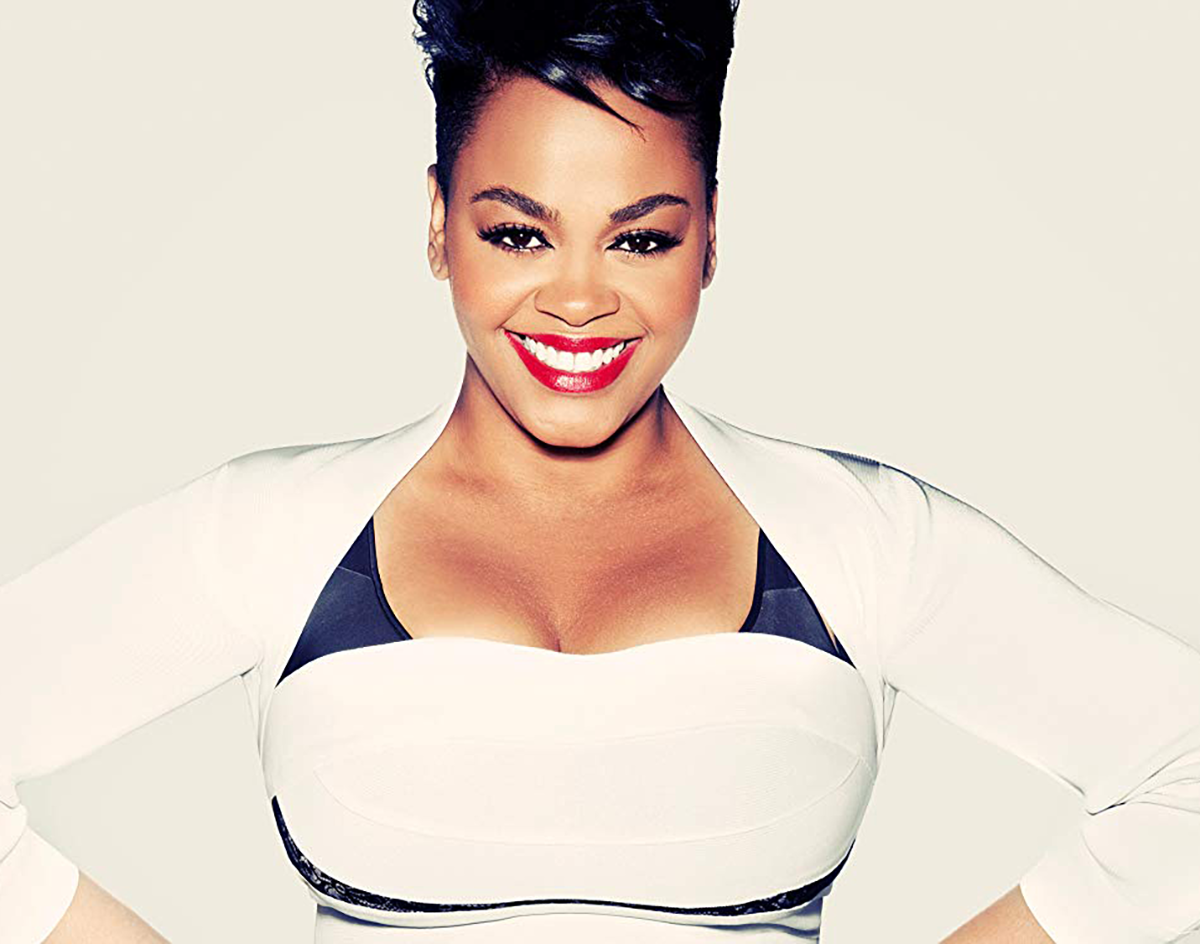 Live Your Life Like It’s Golden With Jill Scott, Let Melat Be Too Good To Last And Find What You’re Looking For From Olivia O’Brien. Plus More!

We made it through a gloomy Dallas winter and have survived to the technical first day of spring! Well, depending on what source you follow, that is.

If you’re going by the meteorological calendar, which defines seasons based on temperature cycles and three-month periods, spring starts today, lasting from March 1 to May 31.

Meanwhile, the more commonly cited astronomical calendar, which is based on the Earth’s position to the Sun, lists spring as starting on March 19. But if you want to jump the gun and declare spring as already started, you wouldn’t be alone in that desire.

This Groundhog Day, Punxsutawney Phil didn’t see his shadow, which means that we’re due for an early spring. That said, the groundhog’s predictions are correct less than 40% of the time, so you might be better off just flipping a coin for your seasonal predictions — this is Texas, after all.

The average temperature for March in Dallas ranges from 47 to 68 degrees Fahrenheit, but considering how the city’s temperatures have been steadily rising thanks to climate change, it might be warm enough to break out your summer wardrobe early.

Also heating up in Dallas? The city’s cultural calendar, with tons of new shows being announced every week, and this spring already has plenty of events worth checking out on deck. Here’s a look at things you might not want to miss this week. — Daniel Valdez

Joan at Club Dada
Little Rock, Arkansas may seem boring to some, but indie-pop duo Joan is ready to bring you THE funk. If you like to dance to ’80s-like beats, and appreciate the heavy use synthesizers, Joan is your bag.. — Natalie Bermudez

Chew at Rubber Gloves
This trio from Atlanta is taking a big bite out of the experimental music scene. — Nikki Johnson-Bolden

Microwave at Deep Ellum Art Co.
Microwave is Georgia-based alternative band that describes itself as “Kinda in between soft rock and hard rock.” Microwave has opened for the likes of Jimmy Eat World and Have Mercy, but is embarking on headlining tour in support of its latest album, Death is a Warm Blanket. Fans of the new sound of Bring Me the Horizon will fit in just fine here. — Mason Geear

Flora Cash at House of Blues
It’s a millennial love story for the ages: a girl from Sweden meets a guy from Minnesota over Soundcloud, then they get married and make indie-pop music together. This tour supporting their sophomore LP, Baby, It’s Okay is part of the next chapter in their story. — NJB

Billy Law & Friends at Sundown at Granada
If you caught Jason Isbell at Winstar last month and want another helping of thoughtful country-folk, Billy Law is your guy. — DV

Whinderson Nunes at Canton Hall
You might not have heard of this Brazilian comedian before, but 38 million Youtube subscribers certainly have. To put that number into perspective, Taylor Swift, Ellen DeGeneres and even the official Youtube account have less followers than that. — DV

Shoegaze At RGRS at Rubber Gloves
The cultural contributions of New Zealand include Peter Jackson, Flight of the Conchords and fuzzy psych-rock band Swallow The Rat, the latter of which is travelling all the way to Texas for this shoegaze showcase. — DV

Verite at House of Blues
French for “truth,” VÉRITÉ is worthy of this title, as her electropop vibes are raw and poetic in nature. VÉRITÉ belts out heartbreak blues that anyone getting over a relationship can relate to and somehow dance to as well. — MG

The Red Pears at Ruins
These California natives are back in Dallas to show some love and play some indie bops just in time for Spring Break season. — NB

Melat at Three Links
The latest project from this Austin-based R&B singer-songwriter is titled After All: Episode One, with promising SZA-esque singles such as “After All.” Hopefully this episode gets a sequel soon. — DV

Ivy Queen at House of Blues
Before Cardi B there was Ivy Queen — an O.G. in the reggaeton scene of the early 2000s. Her blonde hair and long blinged-out nails are a staple of many young Latinos’ childhood memories. — NB

Sol Kitchen at Harvest House
This Denton band made up of UNT jazz students and members of other bands in the area is all about playing loud funk music and drinking jagermeister. Their words, not ours. — NJB

North By North at Rubber Gloves
Fans of house-show music and prog-rock will feel right at home with this Chicago-based band. “Get weird” with North by North in Denton and then do it all over again the next day when they play Double Wide in Dallas. — MG

Olivia O’Brien at Canton Hall
Olivia O’Brien is a 19-year-old pop artist and singer-songwriter who, like many artists her age, enjoyed a launch on Soundcloud. She became a protégé of rapper Gnash and subsequently inked a deal with Island Records, where she released her debut full-length Was It Even Real? back in April of last year. She is perhaps best known for her feature on Gnash’s single “I Hate U, I Love U.” — GG

Lauren Daigle at American Airlines Center
If you haven’t heard of Lauren Daigle and are wondering how someone big enough to play a 20,000-cap venue managed to slip under your radar, it’s because she plays Christian music and you weren’t homeschooled. — GG

Susto at Club Dada
These indie rockers rep their Cuban heritage with their band name, which means to “an intense fear understood as a condition of the soul” (at least, according to Wikipedia.) — NJB

Jill Scott at Music Hall at Fair Park
Jill Scott’s debut full-length Who Is Jill Scott? Words and Sounds, Vol 1. turns 20 this year. In announcing the tour, Scott said to Billboard, “My audience should bring their CD covers.” We’re not exactly sure what to infer from that, but just a heads-up in case you find yourself attending. — GG

Shing02 at Deep Ellum Art Co.
The Tokyo-born rapper fell in love with hip-hop when he moved to the Bay Area at 15 years old. Now he’s producing beats and rapping in both Japanese and English. — NJB

Modal Zork at Rubber Gloves
Modal Zork makes quirky synth doodles out of Portland that sound like the theme music to an intergalactic kids’ show. Any earthling child (or adult, for that matter) would have their mind blown by such bizarre outsider-pop. — DV

Corb Lund at Sons of Hermann Hall
There’s more to Canadian country than Shania Twain — case in point, this singer-songwriter from the province of Alberta. His tracks about rural life like “Long Gone To Saskatchewan” are as warm as Canadian winters are cold. — DV

Marc Ribot Performs Aelita: Queen of Mars at Texas Theatre
Aelita isn’t an album or song; it was one of the very first full-length science-fiction movies. The film’s original composers passed away long ago, but Marc Ribot, best known for playing guitar on Tom Waits’ classic Rain Dogs album, will perform a live score at this screening. — DV

Texicana at Sundown at Granada
This rootsy band recently won Central Track Music Honors for both Best Folk/Americana Act and Best New Act, so here’s your chance to check out what all the hype is about. — DV

We Got The Jvice at Three Links
Jack “Jvice” Whitmill provides funky drumming for the likes of Dezi 5 and The Grays, and this show will celebrate both his birthday and that of Three Links’ as well. In honor of the occasion, pre-sale tickets are just $7. To quote a classic Vine, “come get y’all juice.” — DV

The Prof. Fuzz 63 at Main At South Side
By day, Professor Fuzz is an Arts & Technology professor at UT Dallas. By night, he performs manic post-punk inspired by Devo and The Fall. Piqued your interest yet? If not, check out his band’s performance in the Radio UTD studio. — DV

T.J. Miller at Hyena’s Fort Worth
You might recognize T.J. Miller from Deadpool as the superhero’s wise-cracking friend, or for being notoriously difficult to work with, but true cinema connoisseurs will remember his starring role in the critically-acclaimed masterpiece The Emoji Movie. When’s our Blu-Ray reissue, Criterion? — DV