Was Jimmy Neutron Actually A Dallasite? 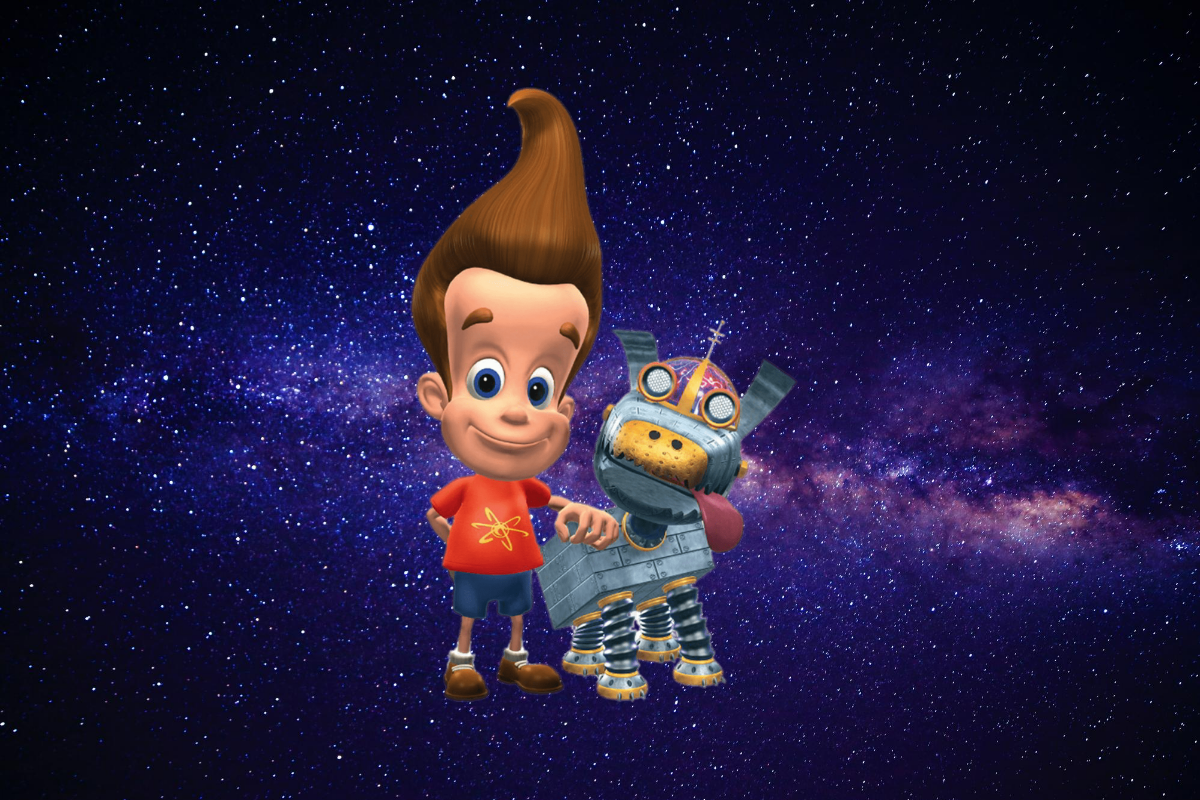 It’s Canon That The Boy Genius Was From Texas. But Was He From Dallas? Hints Like A Bowling For Soup Theme Song And His Creators’ Roots Point To Yes.

Anyone who grew up watching Nickelodeon in the early and mid aughts surely remembers the crazy antics a swirly-haired kid named James Isaac Neutron would get into in the fictional town of Retroville, Texas on The Adventures of Jimmy Neutron: Boy Genius.

That’s right, Jimmy Neutron was a Texan, but exactly what region of the state Retroville belongs to remains unknown. Being that some of the most iconic cartoon characters of all time are from North Texas, are we really that off base in wondering if the boy genius was a Dallasite?

Before you try to ruin our fun: by definition, is he a Retrovillian? Sure. Has that same type of premise ever stopped you from wondering about Hank Hill and Arlen, Texas’ proximity to Dallas? We didn’t think so.

In order to fully dive into our theory, you should know a little more about the boy genius’ Dallas connections.

Almost 20 years ago, Nickelodeon Movies released its first CGI film, Jimmy Neutron: Boy Genius (2001), about a science-loving brainiac boy who saved all the parents of Retroville from egg-like aliens called Yolkians. The film turned out to be a hit, and even received an Oscar nomination for Best Animated Feature, though it lost to Shrek. Still, it would be the only animated Nickelodeon movie to receive a nomination in the category for a decade until Rango won in 2012.

A year after its namesake movie debuted, the Jimmy Neutron science-comedy TV series aired on Nickelodeon for three seasons until its cancellation in 2006. The series was produced by Dallas-based animation company DNA Productions. Yes, the company responsible for the unforgettable three-eyed chimpanzee with a catchphrase of “Hi, I’m Paul,” was behind Jimmy Neutron’s television run.

DNA Productions was founded in 1987 by Dallas creators John A. Davis and Keith Alcorn, who specialized in 2D and 3D animated projects, as well as directing, screenwriting and producing commercials. With the company’s first copy of Lightwave, a 3D software package, the creators began to work on a short storyboard titled “Runaway Rocket Boy” about a rocket ship-flying kid in a lab coat named Johnny Quasar. The name was coined after Davis’ childhood nickname, as his his dad always called him Johnny and employees of his dad’s noticed he was kind of a geek and thus added Quasar, a word to describe a galactic nucleus.

“The reason I created Jimmy in the first place was I’ve always been a huge fan of science and technology and space,” Davis said in an interview with MTV. “But I was never smart enough to actually become an astronaut or become a scientist — my math skills aren’t strong enough.”

Instead, Davis studied film at Southern Methodist University where he created a character that would live out his childhood fantasies, like taking a jetpack to school.

Alcorn attended the University of Texas at Arlington where he began animating films in the late 1970s. The two met after college when they worked at another animation company together before creating DNA Productions.

In 1998, Davis and Alcorn decided they wanted to turn Johnny Quasar into a TV series with the help of Steve Oedekerk of O Entertainment, but they ran into legal issues because the name was too similar to existing characters Captain Quazar and Johnny Quest. In 24 hours, the pair decided on a new name and Jimmy Neutron was officially born. However, the pitch led to the development of a full feature film instead, taking the film’s entire plot from what was supposed to just be a pilot episode.

Alcorn created most of the 153 characters in the film and included cameo roles for cartoon versions of himself and his children, as well as Davis and other DNA animators. (By the way, that three-eyed chimpanzee was named after a DNA animator named Paul Claerhout.) The Jimmy Neutron theme song was written by Brian Causey, but a cover by North Texas’ own Bowling For Soup was used in the film. Causey’s original version was later used for the TV series.

The TV show also follows Jimmy and his friends Carl Wheezer, Sheen Estevez (named after famous real-life brothers Charlie Sheen and Emilio Estevez), Cindy Vortex and Libby Folfax as they deal with the trials and tribulations of having an irresponsible friend with the I.Q. of 210 and a lab full of gadgets. Most of their antics get Jimmy out of doing his chores, but most of them accidentally cause trouble in Retroville.

So, even with the confirmation that the idea for Jimmy Neutron was conceived in North Texas, we still wondered whether or not his fictional hometown solidifies his Dallas residency.

Initial environmental factors already supported that Retroville is located in a state like Texas: nearby ranches, a military base and warm climate. Then, in the episode titled “Lights! Camera! Danger!,” Jimmy actually confirmed Retroville is in Texas when talking to movie director Quentin Smithee (a caricature of Quentin Tarantino) about a screenplay he wrote for a contest.

However, in “Stranded,” Jimmy and his friends fly to the equator in his hover car following an argument about whether or not the equator is actually visible. A scene shows the gang flying in the hover car as Jimmy and Cindy argue before it switches to an animated map of the hover car’s route — the map shows them leaving from a point in central Texas closer to where Austin would be. But, the crew had already been traveling at a speed of 100 mph before the map was shown. The plot thickens.

Much like Dallas, Retroville is a large city with skyscrapers, suburban residential areas and places that you could argue parallel some of Dallas’ most recognizable spots. Austin and Dallas are not known for looking alike, especially not back when Jimmy Neutron was airing in regular syndication. So, when scenes of downtown Retroville look suspiciously similar to neighborhoods like Deep Ellum, it’s hard not to put on our tin foil hats on in suggesting Pizza Clown is actually Zini’s Pizzeria (RIP) or maybe even Serious Pizza.

Retroville Convention Center and Sports Arena is also located near downtown and sits right off a highway. You expect us to ignore the similarity to the American Airlines Center in Victory Park off I-35E?

Now, Jimmy lived in a suburb of Retroville, so realistically he wouldn’t live in Dallas proper, but would probably reside somewhere like Irving. Coincidentally, DNA Productions was located in Irving, but the company no longer exists.

After 61 episodes and three crossovers with the long-running The Fairly Odd Parents, The Adventures of Jimmy Neutron, Boy Genius aired its final episode on November 25, 2006. That same year, DNA Productions shuttered after going bankrupt, and Jimmy Neutron wasn’t picked up again. Planet Sheen, a second spin-off of the Jimmy Neutron franchise created by Alcorn and Oedekerk, was released in 2010 and lasted until 2013.

We may never actually know if Jimmy Neutron would have called Dallas home. Unless he gets the reboot treatment like fellow Texans Beavis & Butt-head — we’ll be waiting, Nickelodeon.

All of that said, do you really need any more convincing the boy genius himself is a Dallasite? It’s not rocket science, if you ask us.