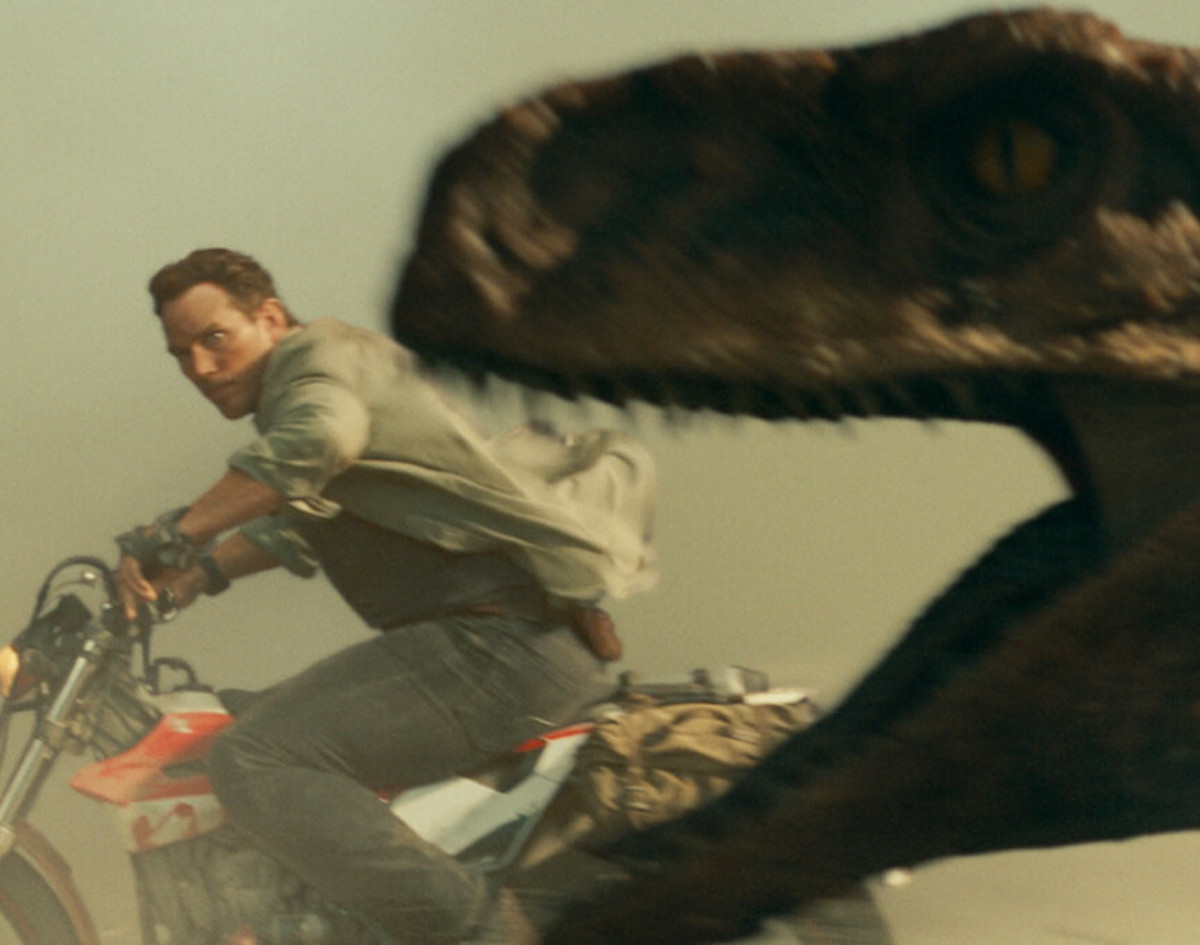 June is here, but the big movies don’t seem to be quite so impressive. Me? I’m still riding high from Top Gun: Maverick.

So while the big studios seem stuck in the ‘90s (or even the ’60s), you’re probably better off looking to the smaller releases this month. You may even want to park yourself at the Texas Theatre in Oak Cliff. They’ve got a miniature David Cronenberg retrospective and the usual obscure horror movies and new indies. But they’re also hosting the Oak Cliff Film Festival, the best local film fest.

Running from the 23rd to the 27th, they’ll have plenty of Texas-made projects, a 4K restoration of David Lynch’s Lost Highway and an early premiere of A24’s Marcel the Shell with Shoes On.

Here I go again, thinking this time a Jurassic Park sequel will be good. Like Charlie Brown trying to kick a football, I’ve been let down time and again. But by reconvening the trio from the original movie and showing dinosaurs wreaking havoc all over the world, I’m excited. I’m indifferent to Chris Pratt and Bryce Dallas Howard, but seeing velociraptors chase motorcyclists and pterodactyls nest atop the World Trade Center is pretty awe-inspiring.

When Universal delayed this film from its original late winter release date, I was disappointed. But it was seen as a move of confidence, putting this low-budget horror flick in the thick of the summer movie season. Now it’s finally arrived. Ethan Hawke plays against type as a serial killer who targets children. His latest abductee is Finney (Mason Thames) who receives calls in his cell on the titular phone, where past victims feed him clues to try to escape before it’s too late.

Capturing the life of Elvis Presley in a two-and-a-half-hour movie is going to be a challenge. But it seems like Australian director Baz Luhrmann is up to it. While it’s been two decades since his last great movie (Moulin Rouge!), he never takes anything but giant swings. There’s a big chance this ends up being a complete mess, but I’d rather watch that than something as flat and lifeless as Bohemian Rhapsody.

One of the very best British filmmakers, Terence Davies specializes in movies about regret. His latest is a biopic of poet Siegfried Sassoon, played in flashbacks by Jack Lowden and in later years by Peter Capaldi (Doctor Who). The film looks at Sassoon’s antiwar activism, his acclaimed writing and his numerous affairs with both men and women.

Canada’s most deranged filmmaker returns for the first time since 2014’s Maps to the Stars. After making some more straightforward (for him) dramas and thrillers, he’s back to the sci-fi and horror that made him such a cult favorite in the ’70s and ’80s. Here, he reunites with Viggo Mortensen, who stars as a performance artist who undergoes live surgeries during his illegal shows. His partner in crime is Caprice (Léa Seydoux), which attracts the legal and carnal attention of an investigator (Kristen Stewart). The film received a standing ovation at Cannes, but early reviews claim it’s not quite as insane as you may be expecting.

Matthew McConaughey narrates this stunning documentary that focuses exclusively on animals in the Lone Star State.

I’m a sucker for any romance that takes place over a short period of time. (Before Sunrise and Once are just two examples.) But they both owe a debt to this wartime drama, in which a soldier (Robert Walker) on two-day leave has a chance encounter with a woman at Penn Station (Judy Garland). New York City – meticulously reconstructed on an L.A. soundstage – serves as the backdrop for their passionate affair.

If you’re a fan of Dallas native Joe Bob Briggs’ Friday night show on Shudder (The Last Drive-In) or his older ones on TNT (MonsterVision) and the Movie Channel (Joe Bob’s Drive-In Theater), you won’t want to miss this double feature. The theme for this tour stop is “Cerebellum Night,” featuring a double dose of sci-fi horror with The Brain and Brain Damage.