Coming Attractions: ‘Doctor Strange in the Multiverse of Madness’ & More. 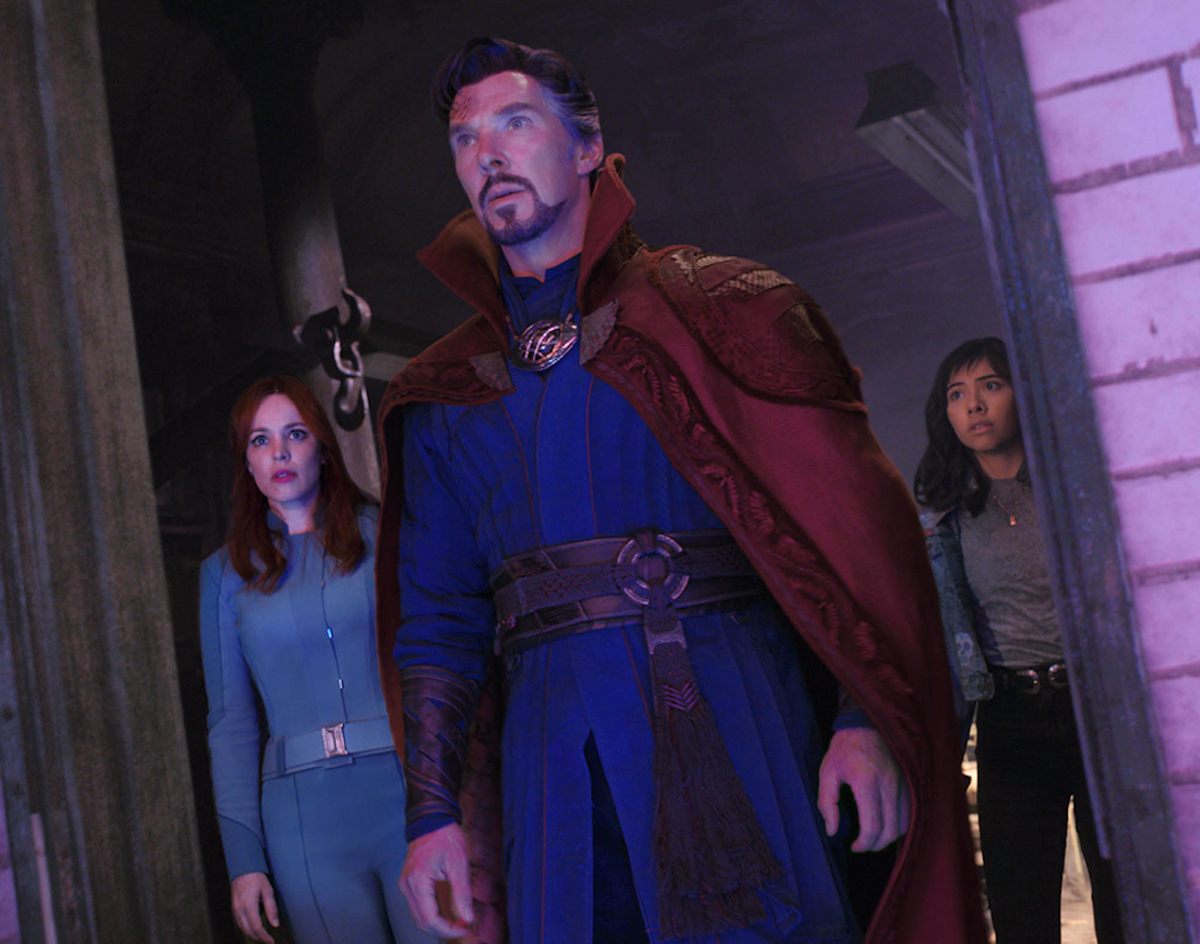 Summer’s here, and it finally feels like it at the movie theater for the first time in years. Once again, Marvel opens the season with another comic book adaptation. Luckily, Doctor Strange in the Multiverse of Madness is one of the better ones. And of course Tom Cruise will do something dangerous. If you’re looking for something a little more challenging, there’s horror both supernatural and mundane. And two lovingly restored and hard-to-see films make their return to theaters. It’s already getting too hot and humid, so might as well go see a movie (if you’re feeling up to it).

It’s time for another piece of Marvel content, of which it seems there’s a never-ending supply. But thankfully this one has a directorial signature! Sam Raimi – who directed two of the best comic book movies ever – puts his stamp on this one, with plenty of horror movie scares and a Bruce Campbell cameo. There’s still a bit too much exposition and connective tissue to the Disney+ TV shows, but this trippy journey across the multiverse is a good bit of fun.

I never got into Bob’s Burgers the way I got into The Simpsons and King of the Hill. But every episode that I have caught has been pretty damn funny. They’re making the leap to the big screen, which has something to do with a giant sinkhole forming in front of the family restaurant (I think). But really it’s an excuse for the kids to get up to some shenanigans and for Bob to come up with some stellar food puns.

Possibly the most delayed movie of the last decade, this belated sequel to Tom Cruise’s beloved action movie was originally supposed to come out in summer 2019, then summer 2020, then Christmas 2020, then summer 2021, then Thanksgiving 2021 and now finally this summer. I’m not in the camp that adores the original, but there’s something about the trailers for this movie that get my blood pumping. And Tom Cruise continuing to defy death for our entertainment is something I’ll never get tired of seeing.

If there’s one thing Alex Garland knows how to do well in his films, it’s to show us something incredibly disturbing. It’s usually something that looks familiar but has been twisted in a perverse way. In this low-budget horror flick, a grieving woman (Jessie Buckley) retreats to rural England to try and find some peace. But the village she’s chosen is populated only by creepy dudes, all played by Rory Kinnear.

Perhaps there’s never a good time to release a movie about suicide, but one of the most praised films of Sundance 2021 sure took a long time to get released. This pitch-black comedy from Jerrod Carmichael stars the comedian as a down-on-his-luck dude who makes a death pact with his chronically depressed pal (Christopher Abbott). But faced with certain death, the two decide to spend one last day making amends and enjoying some consequence-free shenanigans.

I could try to explain Inland Empire, but it wouldn’t do any good. I don’t even fully understand it. All you need to know is it’s David Lynch’s most surreal film yet, featuring an absolutely incredible performance from Laura Dern as an actress on a cursed film shoot. It’s been practically impossible to see in the last 15 years, and this version was meticulously restored by Lynch himself.

Another film that’s been tough to see, this one’s a lot more pleasant and straightforward. Denzel Washington and Sarita Choudhury are absolutely sizzling as an interracial couple dealing with racial prejudice from their families in rural Mississippi. Their chemistry is electric in this top-notch romantic drama.