The Weirdest Facts About ‘Barney & Friends’. 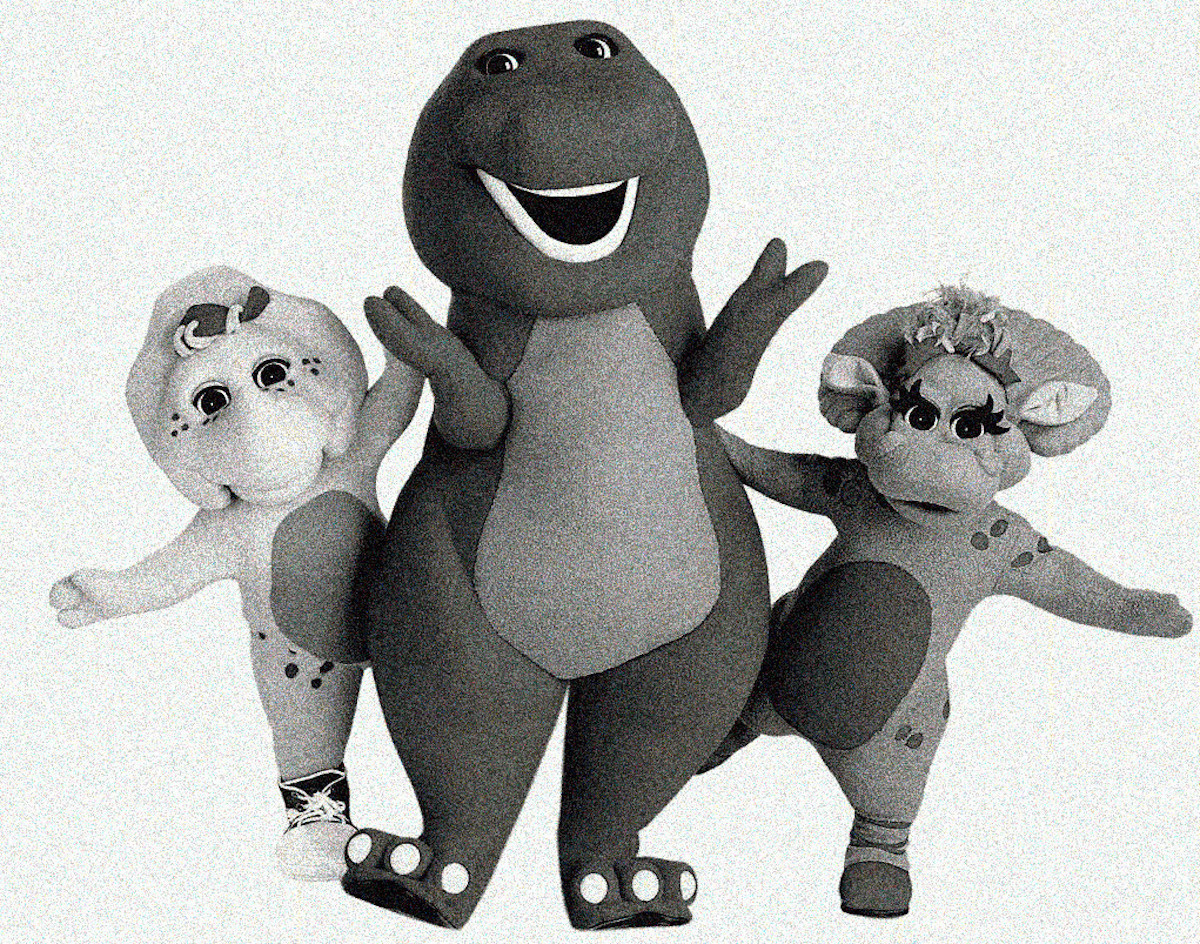 Ahead Of The Forth-Coming Documentary About ‘Barney & Friends,’ Here Are Six Weird Facts About The North Texas Children’s Series You Probably Didn’t Know.

The streaming platform Peacock has started production on a three-part documentary that will cover the life story of the dinosaur that dominated the childhoods of millennials and Gen-Z alike.

If you didn’t know, the PBS series was the brainchild of a Dallasite. Schoolteacher Sheryl Leach came up with the idea while driving down a Dallas highway and was in need of children’s tapes to keep her young son entertained. Originally envisioning Barney as a teddy bear that comes to life, she found her son to be enamored with a dinosaur exhibit at a museum and so, she had found her muse.

With the help of creative partners from the Allen-based video production company The Lyon Group, Leach co-created a series of straight-to-video episodes entitled Barney and The Backyard Gang. The videos were distributed to local schools and stores, eventually expanding past the region of Texas and catching the attention of a Connecticut Public Television executive who thought it’d be a good pitch to PBS.

And thus, Barney & Friends made its debut in 1992, starting a legacy of mesmerizing children and terrorizing their parents.

The show was always taped around parts of Dallas — starting in Allen, then moving to The Studios at Las Colinas in Irving, then to Carrollton. Also, North Texas-raised stars Selena Gomez and Demi Lovato both started their show business careers on the set. So don’t forget the vaguely-human veneer smile of Barney when discussing Dallas icons.

The documentary — produced by the folks who brought Queer Eye to Netflix — will explore the full history of the Barney phenomenon and will include exclusive archival footage and interviews from cast, crew and critics, according to Variety.

Whether you hate his prehistoric guts or have nothing but fond memories of the singing fuchsia dino, you have to admit that children’s television more often than not has a menacing aura to it. This is why we decided to seek out the weirdest behind-the-scenes facts we could find about the show.

The Actor Inside The Suit Became a Tantric Sex Healer.

Starting out with what’s probably the most well-known piece of info on this list — but ICYMI — David Joyner, who donned the purple dinosaur from 1991 to 2001, has taken a different career path since his days of children’s entertainment. Passionate about tantric sex — which is essentially sex-meets-meditation — Joyner runs his own business for female clients where he “unblocks their energy” by giving a “ritual bath,” balancing their chakras and giving them a, uh, spiritual massage.

He spoke to Vice all about his career as a sex guru if you’re itching for the details. In an interview with Tech Insider, Joyner says the night before he auditioned to play the role of Barney he had a dream Barney passed out and Joyner had to give him mouth-to-mouth resuscitation. And on the day of the audition, Joyner stopped at a red light and noticed a billboard above him for Southwest Airlines. It said, “breathe life into your vacation.” Joyner decided that “if I could breathe life into this character, I was going on vacation.”

It speaks for itself, really.

The CIA Uses The Theme Song to Torture Prisoners.

In the early 2000s, the CIA launched “enhanced interrogation techniques” to torture prisoners in Iraq and Guantánamo Bay. One of these techniques included playing music repeatedly at high volume for extended periods of time to break down prisoners’ mental state. It’s been widely reported that one of the more popular tracks is Barney’s theme song, “I Love You.”

Barney Is A Liberal-Loving Demon.

I mean, sounds pretty good to us.

The story here is about a North Carolina pastor named Rev. Joseph Chambers who just really doesn’t trust the TV character. His booklet, The Purple Messiah, was published in 1993 and talks about an episode where Mother Goose comes out of nursery rhymes after Barney chants “shimboree, shimborah,” the magic words from the early days of the show. Witchcraft!

Chambers calls the show the antithesis to the Bible, too politically correct and accuses Barney of trying to be Jesus. He’s also critical of the fact that “there’s too much diversity,” saying, “I’m not for teaching people that pedophiles and homosexuals are on the same level as parents.”

We must’ve missed the episode where they were the special guests.

The Creator’s Son Was Arrested for Attempted Murder in 2013.

In a dramatic turn of events, Patrick Leach, the reason for Barney & Friends even existing, ended up shooting his 49-year-old neighbor in the chest in 2013.

The shooting, which occurred in Malibu, California, was allegedly the culmination of an ongoing dispute. It reached a boiling point after the neighbor trespassed Leach’s property. The 27-year-old was sentenced to 15 years in prison and the victim survived.

Guess he didn’t learn anything from all those nursery rhymes about friendship and whatnot.

The 1998 film was banned because censors found it was unacceptable for children to watch. Though, no explanation was given. It really makes you wonder.

It’s easy to get lost in all the information:

We can’t help feeling bad for the guy after reading all the slander — he’s just trying to bring happiness and comfort to children. Luckily, the forth-coming documentary should efficiently hype his legacy up — in a good way.