The 15 Most Essential Episodes Of King Of The Hill. 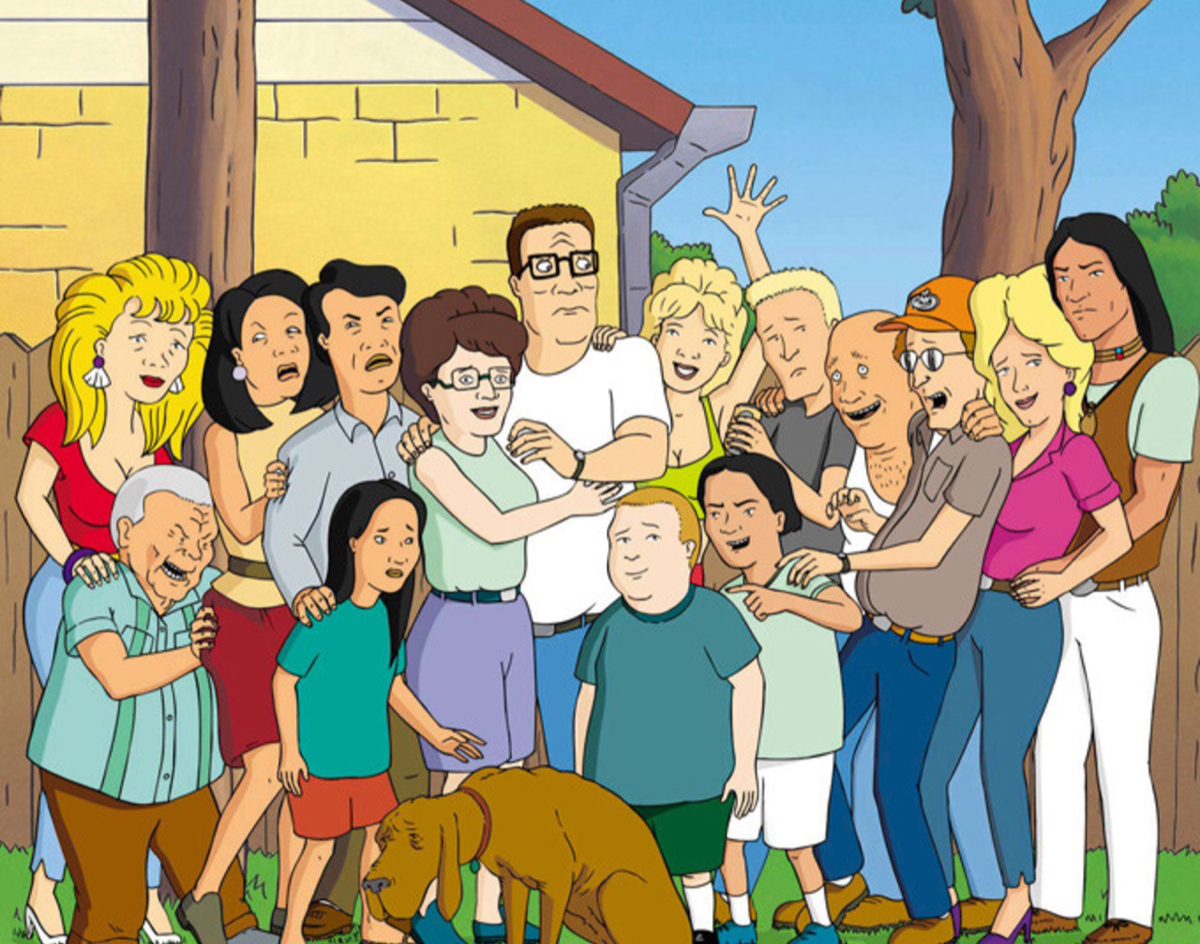 A Definitive List Of The 15 Most Iconic Episodes Of The DFW-Inspired Cartoon, Because There’s Never Been A Better Time Binge-Watch Life In North Texas.

We’ve all got a lot of time on our hands lately, and somewhere between panicking over economic uncertainty due to COVID-19 and being stuck at home is our craving for the hyper-normalcy from childhood that seems likely to never exist again.

Fortunately, we can temporarily fill the void of longing for our specific brand of southern suburban life through a cartoon based entirely on the place we call home.

Though it ended in 2010, the show was often praised for its relatable, down-to-earth storytelling, particularly in the early seasons — perhaps because so many of us, in some ways, already knew its wacky yet realistic characters.

If you’re from Grapevine, Allen, Irving or any Texas suburb, really, you know a version of Hank Hill. You probably also have a cousin as delusional as Dale Gribble, and your mom is more than likely friends with a local gossip comparable to Peggy Hill.

For North Texans — those of us who live in the area that locally raised show creator Mike Judge has confirmed inspired his characters’ fictional home of Arlen — there’s a certain familiarity in watching King of the Hill. But that much can be said for most viewers, too. Watching King of the Hill now is in many ways like talking to your boomer grandpa; some things about it may be problematic and dated, but engaging in the act still carries a real sense of comfort.

To that end, these are our picks for the 15 most essential, iconic and revered episodes that encapsulate the show at its best.

“Chasing Bobby” has everything that makes King of the Hill great. The show is, at its core, about a man’s relationship with his son, and also his truck. As his 20-year-old truck begins to die, the normally detached Hank starts to cry, which does not go over well in the alley. This episode is King of the Hill at its most emotional, giving us a moment of bonding between Hank and Bobby that’s few and far between in the series.

“A Firefighting We Will Go”

If “Chasing Bobby” is the most emotionally heavy episode, this one weighs a a feather. When Arlen’s firefighters go on strike for higher wages, Hank and the boys scab in their place, accidentally burning down the firehouse when they forget to unplug a broken Alamo beer neon. This episode gives us the unforgettable “boomhauer vision” wherein Boomhauer tells a story from his point of view, in perfectly coherent English (!!), while the other guys speak in his normal unintelligible drawl.

Arguably the most meme’d episode of the entire series. After Bobby gets beaten up by Chane Wassanasong, he enrolls in a women’s self-defense course at the YMCA, where he learns to kick his opponents in the balls and yell, “That’s my purse! I don’t know you.” That’s a universally valuable technique now, as it gives you something to yell when someone at Trader Joe’s invades your 6-foot COVID-19 safety space.

Probably the second-most meme’d episode of the entire series. While practicing for the First Annual Durndle County Mower Race, Hank’s back starts to cause him pain. After a trip to the doctor, Hank is diagnosed with Diminished Gluteal Syndrome, and is forced to wear saline butt pads to alleviate his discomfort and thus spawning the iconic descriptor of “Hank Hill ass.” We’re willing to argue this was the moment he invented the dad-bod

“Love Hurts And So Does Art”

When Arlen gets a New York-style deli, Bobby becomes addicted to chopped liver and deli meat, eventually contracting gout and becoming forced to ride around on a rascal scooter. He is only forced back on his feet to dance with Connie at the Middle School dance. A chubby 12-year-old on a rascal scooter with gout? Talk about realism.

Lu Ann gets a plastic head to practice hairstyling on, so naturally Bobby practices kissing it to impress the girls at his first boy-girl party. Before we pass judgement, New York City’s health department recently put out a memo stating,  “You are your safest sex partner” during isolation. In these times of growing horniness, maybe Bobby was on to something?

After Hank gets Lu Ann a job at the La Grunta resort (a stand-in for the Gaylord in Grapevine), she thanks him by buying him a gift card for a dolphin encounter at the resort. After Hank strokes the dolphin’s belly, it attempts to mate with him, leaving him with PTSD. It’s kind of nice to see the otherwise stoic Hank plagued by emotions — even if it’s caused by unintentional beastiality.

“How To Fire A Rifle Without Really Trying”

Hank and Bobby enter a shooting competition, and for once, Bobby is better at a sport than Hank. This episode reminds us that while it often leans toward complication, the relationship between Hank and Bobby is ultimately rooted in the things they can relate to each other about.

Peggy invites her new friend — who turns out to be a prostitute — to live with the Hills. Hank then inadvertently becomes her pimp, and loudly proclaims himself “the mac-daddy of Heimlich county.” This is King of the Hill at its most problematic, but probably most entertaining. Snoop Dogg also guest stars in this one.

Peggy gets a musings column in the Arlen Bystander, giving her stress headaches. Eventually she goes to “new age healer” John Redcorn, where she learns he’s having sex with Dale’s wife, Nancy. Both the affair and Dale’s illegitimate son Joseph are featured prominently throughout the show, but this is the first time it’s addressed directly.

Dale accidentally fires his Glock at the gun club, and after one thing leads to another, he has to rescue Hank, Boomhauer and Bill from a hostage situation. Ironically, Dale’s insanity works out to the group’s advantage, and gives us the endlessly memable “pocket sand!”

“Hank And the Great Glass Elevator”

On a trip to Austin, Hank moons former Gov. Ann Richards, who eventually dates Bill. Listen, we don’t get it either, but it doesn’t matter because the best part about the episode is that Gov. Richards is voiced by none other than Ann Richards herself. Greg Abbott could never.

While exterminating the local Megalo Mart, Dale eventually finds flugelhorn musician and Megalo Mart spokesman Chuck Mangione living inside the store. The deeply paranoid and delusional Dale is actually right, for once anyway.

In this two-part episode, Hank’s father, Cotton Hill, is a WWII veteran who goes to Japan to apologize to the wife of a Japanese soldier he killed. As it turn outs, Cotton had actually fallen in love with the widow during th war and ultimately impregnated her.  Japanese Hank is introduced, and then literally never referenced again in the series.

Listen, is this episode problematic? Yes. Is it any more problematic than we should expect from a WWII veteran who lives in the suburbs? Absolutely not.

Hank’s mother, Tilly (originally voiced by Tammy Wynette until her untimely death in 1998), is going on a trip to Port Aransas to visit the miniatures museum with her elderly friends. (Voiced by Betty White and Phyllis Diller, no less.) All goes well until spring breakers show up, and control freak Hank tries to manipulate the situation. This one also gues stars Pauly Shore, because this show really does have it all.