The Game Chose Me. 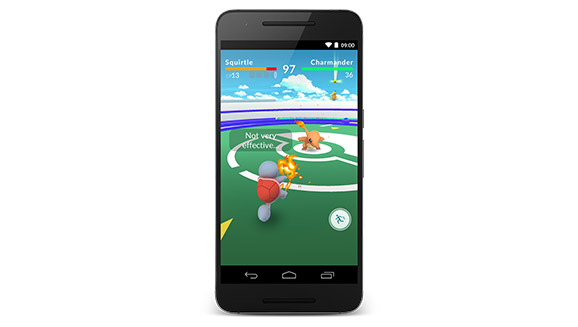 I Got Hit By A Car While Playing Pokémon Go, And Also Some People Were Robbed At Gunpoint.

It finally happened. I got hit by a car while playing Pokémon Go. It’s cool, I’m OK.

I was paying attention to my surroundings and everything. I was looking at my phone, sure. But I knew what was going down around me.

I was walking to grab some lunch, and I had the Pokémon Go app open, and I’d actually gone out of my way to hit this PokéStop over on McKinney Avenue. When I was close enough to it, I spun the little thingy you spin, got me a couple Pokéballs and then started crossing the street, right near this T intersection. There was a car at the stop sign, so I started to walk behind it because I’m a decent person sometimes, and there was no need to hold this guy up from making a left.

Anyway, as I’m passing behind him, I noticed this other guy turning left onto the street I’m crossing, and I didn’t really think anything of it because this guy saw me and we even made eye contact through his rolled-down window and we were all good, so I started looking down at my phone again, annoyed that I hadn’t seen a Pokémon in, like, three blocks.

But that’s where things got nuts, because once the second car started to turn onto my street, I guess the first one decided that he was too far into the road that he wanted to turn onto and was maybe blocking this other guy from making his turn (he wasn’t), so he just started backing up, right away, right at me, clearly not checking his rear view before doing so.

Luckily, I kinda caught that there was some motion going on in my peripheral vision, and I looked up just in time to see that I’m about to get hit, so I kinda jumped to my right while sticking out my left arm like a mirror image of the Heisman Trophy, only it’s even more impressive because I’m catching air at the same time. Moving on: As my hand caught this car’s bumper, the car turning onto the street noticed my life hanging in the balance, honked and started yelling for my maker to hit the brakes. So the car stopped, only pushing me like two inches. Then the turning car’s driver was just like “YOU IDIOT!” at the other driver, and the other driver just kind of slumped in his chair while glancing over his shoulder to mouth “Sorry!” to me, and I just waved him off and kept on walking because, really, I was fine, and these eggs ain’t gonna hatch themselves, know what I mean?

But, I mean, technically, I still got hit by a car, which is something that actually happens to lots of Pokémon Go players, or so the lamestream media would have you believe. To be clear, though: My situation happened because this other guy was being a doofus, not me. But, again, I’m fine, thanks for the concern.

Other Dallasites haven’t been so lucky, turns out, even if the blame in their situations also wasn’t entirely theirs to shoulder.

Both instances sound a whole lot like the robbery we already reported on that went down at a Garland park in early July, only the victims in that incident were robbed at knifepoint. Here’s hoping GPD and DPD are linking up to find these guys, we guess?

In the meantime, DPD issued this warning to players of Pokémon Go: “We want to remind everyone to stay safe while playing Pokémon Go by traveling in groups, staying in well-lit areas, and being mindful of your surroundings. Please report any suspicious individuals or activities to police.”

In other words, they’re parroting what the app is now also telling you to do upon logging in — ever since its latest update, at least. (The app also recommends not trespassing, which is a good tip, for sure, in a state with a Castle Doctrine.)

Anyway, be safe out there, folks. And work on some stiff-arm drills while you’re at it, too.