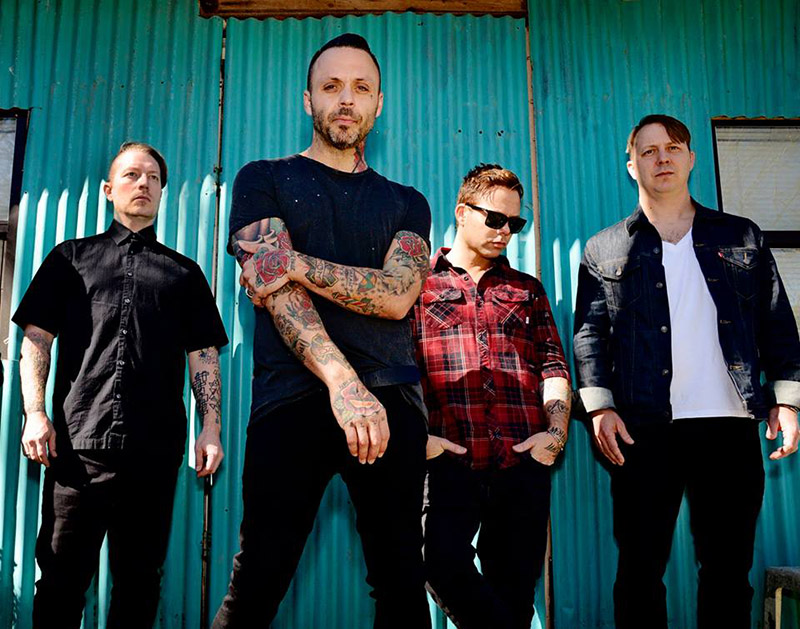 Let The Rain Come Down With Blue October At Toyota Music Factory, Have A Blockbuster Night With Run The Jewels At South Side Ballroom And Slay Demons With Kid Cudi.

Social media posts nowadays go viral for seemingly no reason at all like “Damn, Daniel!” or for very funny reasons, like the guy we wrote about a couple of weeks ago who donated a baggie of drugs to the Addison Fire Department.

But the Redford Township Police Department’s post went viral in what can only be described as a community effort to accomplish some justice after an area internet troll claimed that he would turn himself in for his warrants if  one of the police department’s post got 1,000 shares or more. He also promised he’d deliver a dozen doughnuts.

Well, Champagne Torino — ass the troll was going by on Facebook — had to eat his words because the post that was posted last week got more than  1,000 shares in the first hour. To date, the post has been shares almost 4,500 times.

No word yet if the troll has turned himself in yet, but one this is for sure: he skimped on the promise of doughnuts and that’s just not a nice thing to do. So whatever you do, try not not to be a jerk-face by skipping out on the promise of food if you’re heading out to one of these events this week. — Juan Betancourt

Lords of Acid at Trees
With Combichrist, Christian Death and En Esch. — JB

Goat Head Trivia at The Nines
Compete in a little friendly trivia. — JB

Run The Jewels at South Side Ballroom
With Danny Brown and Denzel Curry. — JB

Macklemore at House of Blues
Only got twenty dollars in my pocket. — JB

Rich Chigga at Trees
With Duckwrth and Don Krez. — JB

The Eyeslicer Roadshow at Texas Theatre
Premiered at the 2017 Tribeca Film Festival and hailed as “one of the craziest TV shows you’ll ever see.” — LK

ASAP Mob at The Bomb Factory
Get your tickets.. ASAP. — LK

Have Mercy at RBC
With Boston Manor, Can’t Swim + A Will Away. — LK

Elder at Three Links
With King Buffalo and From Beyond. — JB

Saul Williams at Kessler Theater
Get in the grove with some slam poetry rap. — JB

The Duke at Peticolas Brewing Company
Every batch from 2013 to present will be tapped. — LK

Onesie Party/One-Year Anniversary Celebration at The Nines
1st birthday of WE HAS PARTY!. — LK

Protomartyr at Club Dada
With Flasher and Pollen. — JB

Blackalicious at The Prophet Bar
WITH HEMMLE. — JB

Sneijder at The Nines
WITH SWIFT. — JB

Consider the Source at Three Links
With Groove Think. — JB

Blue October at The Pavilion at Toyota Music Factory
With The Score. — JB

MadeinTYO at Trees
With 24hrs and K Swisha. — JB

Evanesence at The Pavilion at Toyota Music Factory
Synthesis live with orchestra. — LK

Social Repose at The Dirty 30
With Hotel Books, The funeral Portait, Begotten, A Launaged Learned and Hazel. — LK

An Evening With Little Steven and The Disciples of Soul at Majestic Theatre
With Stevie Van Zandt. — LK

Thievery Corporation at House of Blues
With Hard Proof. — LK

Kings Kaleidoscope at The Prophet Bar
With Citizens & Saints. — LK