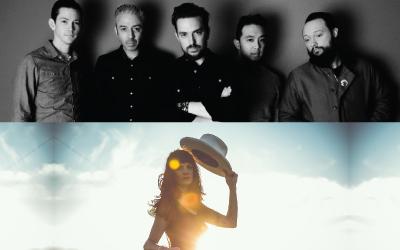 You could mistake JD McPherson for a revivalist, given how few other contemporary artists are likely to assert, as he boldly does, that “’Keep a Knockin’ by Little Richard is

You could mistake JD McPherson for a revivalist, given how few other contemporary artists are likely to assert, as he boldly does, that “’Keep a Knockin’ by Little Richard is the best record ever made. But in a very real sense, McPherson is much more a pioneer than roots resuscitator. He’s knocking at the door of something that arguably hasn’t yet been accomplished—a spirited, almost spiritual hybrid that brings the forgotten lessons from the earliest days of rock & roll into a future that has room for the modernities of studio technique and 21st century singer/songwriter idiosyncrasies. Let the Good Times Roll, his second album, is a stranger, and more personal affair than its Fats Domino-redolent title might at first suggest.

His first album, 2012’s Signs & Signifiers, was hailed as “a rockin’, bluesy, forward-thinking gold mine that subtly breaks the conventions of most vintage rock projects” by All Music Guide. The Washington Post wrote that, “he and his bandmates are great musicians taking ownership of a sound, not just mimicking one.” That same review remarked upon how, “the album sounds as if the band is in the same room with the listener.” But for the follow-up, McPherson wanted to maintain that raw power while also capturing the more mysterious side of the records he loves. To that slightly spookier end, he enlisted as a collaborator Mark Neill, known for his work as a producer and engineer with versed-in-the-past acts going back to the Paladins in the 1980s, but, most recently, for recording The Black Keys and Dan Auerbach—a friend of McPherson’s who co-wrote the new album’s “Bridge Builder.”