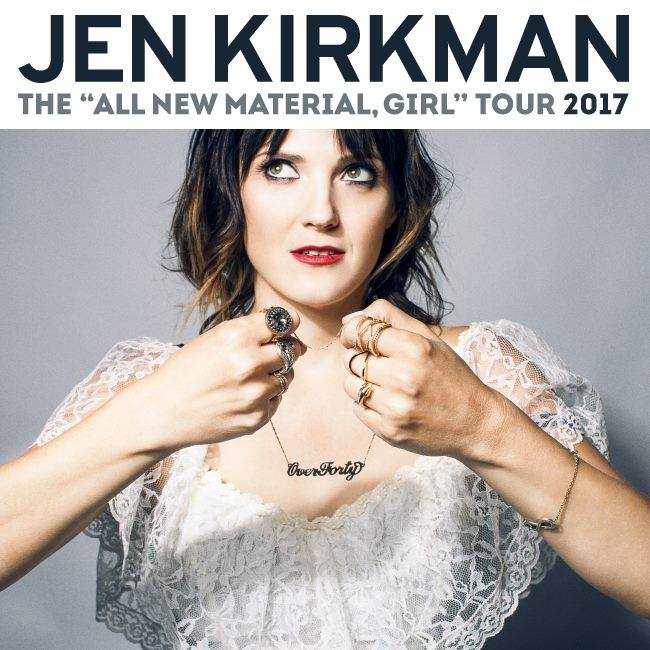 Jen Kirkman is a national and internationally touring stand-up comedian. Her 2015 Netflix Original Comedy Special “I’m Gonna Die Alone (And I Feel Fine)” was named one of the Top

Jen Kirkman is a national and internationally touring stand-up comedian. Her 2015 Netflix Original Comedy Special “I’m Gonna Die Alone (And I Feel Fine)” was named one of the Top 10 comedy specials of 2015 by Time Out New York, New York Magazine, and The Atlantic.  Her most recent Netflix Original Comedy Special, “Just Keep Livin’?” is streaming worldwide as of January 3rd, 2017.

Jen is also a New York Times Bestselling author – her two comedic essay memoirs, I Can Barely Take Care of Myself and I Know What I’m Doing and Other Lies I Tell Myself; (Dispatches From a Life Under Construction) are hilarious looks at her life without children, and living a not-so-conventional life after 40.

Jen was a long time writer and round table guest on Chelsea Lately, and is also well known for being a five-time narrator of Central’s Drunk History.  She’s a regular guest on CONAN and @Midnight and has appeared on The Tonight Show with Jay Leno, The Late Late Show with Craig Ferguson and voiced many characters Cartoon Network cult-hit “Home Movies.” She’ll be appearing in the upcoming feature film “Home Again”.

Jen has released two stand-up albums Hail to the Freaks (released March 2011) which hit #13 on the Billboard Charts. Her debut album was 2006’s Self Help.  Jen has a weekly podcast, I Seem Fun: The Diary of Jen Kirkman, which is often in the Top 100 in comedy on iTunes.

“Ms. Kirkman knows how to deliver a one-liner, but her inclination is to linger in the telling of a story. She digs into a subject, embroidering it with jokes at various angles. A huge number of her bits culminate in vivid metaphors. Though delivered in an effortless conversational style, her comedy has the meticulous detail that can come only from repetition and experience.” – The New York Times