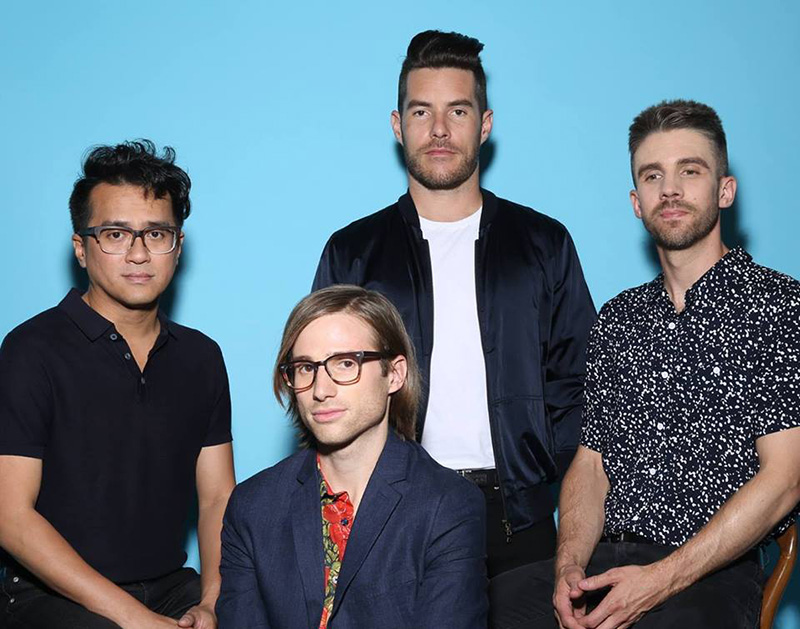 Live The American Dream With LCD Soundsystem, Find Out If You’re Saint Motel’s Type And Learn About The Music Biz At The Dallas Music Conference.

Remember Starfest Music Festival? You know, the pop-up musical that was originally scheduled for September with Lil Wayne as a headliner. It seems like Starfest doesn’t want you to remember it either.

Exactly one week ago, the official Starfest Music Festival Facebook page deleted the public event for the festival, now scheduled for November 10 and 11. It  was really the only indication left that Starfest was still on — even if we all kind of knew it wasn’t.

Since September, the official website has had the same message about a “GREAT” announcement coming soon and nothing has changed on social media — apart from the Facebook event’s deletion. And at this point, we’re not really sure we’re every going to know what Starfest’s fate will be.

But if you’re looking for things are indeed still happening, then look no further because the list below is full of things that are going down this week. Use this guide to plan accordingly. — Obed Manuel

Movies That Should Be Musicals: Practical Magic at The Wild Detectives
A cool $15 gets you in. — LK

Issues at House of Blues
All ages event. — LK

HalloWEEN with Ween at The Bomb Factory
Formed by Aaron Freeman and Mickey Melchiondo, Jr. — LK

The World Is A Beautiful Place & I No Longer Want To Die at Three Links
With Rozwell Kid and ADJY. — LK

Katsuk at Deep Ellum Art Company
Born in the heart of Texas. –– LK

Dope, Hed PE at Trees
With Band Nerds, Hell’s Half Acre and The Crimson Veil. — LK

The Nth Power at The Prophet Bar
With Ghost Note and Mononeon. — LK

Private Island at The Prophet Bar
With HUSH. –– LK

Partaker at Double Wide
With Easy Prey and The West Windows. — LK

Aminé: Tour For You at Trees
With Towkio. — LK

HIM at South Side Ballroom
Finnish, goth rock band. — LK

Dallas Music Conference at The Door
All day music celebration. Day one of three. — LK

Oral Fixation: “Jump Off A Cliff” at AT&T Performing Arts Center
Bringing Dallasites together since 2011. — LK

Ringo Starr and His All Starr Band at the Pavilion at Toyota Music Factory
Lead by former Beatles drummer, Ringo Starr. — LK

Mockingbird Bridge and Trail Celebration at Mockingbird Station
Celebrating the completion of the pedestrian bridge and trail. — LK

The Blow, EMA at Club Dada
With Ema and Bout. — LK

FEA at The Prophet Bar
With Bruiser Queen and Zet Zero. — LK

Casey James at The Door
All ages event. — LK

Away From The Numbers Eight-Year Anniversary at Single Wide
A night of Shoegaze. — JB

The Jesus And Mary Chain Band at The Bomb Factory
They’re back, and better than ever. — JB

Genitorturers at Trees
With The Razorblade Dolls and Kill For Mother. — JB

Damien Jurado at The Wild Detectives
With Jacob Metcalf.– JB

Through The Repellant Fence at Texas Theatre
Movie is free! –JB