Things To Do In Dallas On Monday, October 30. 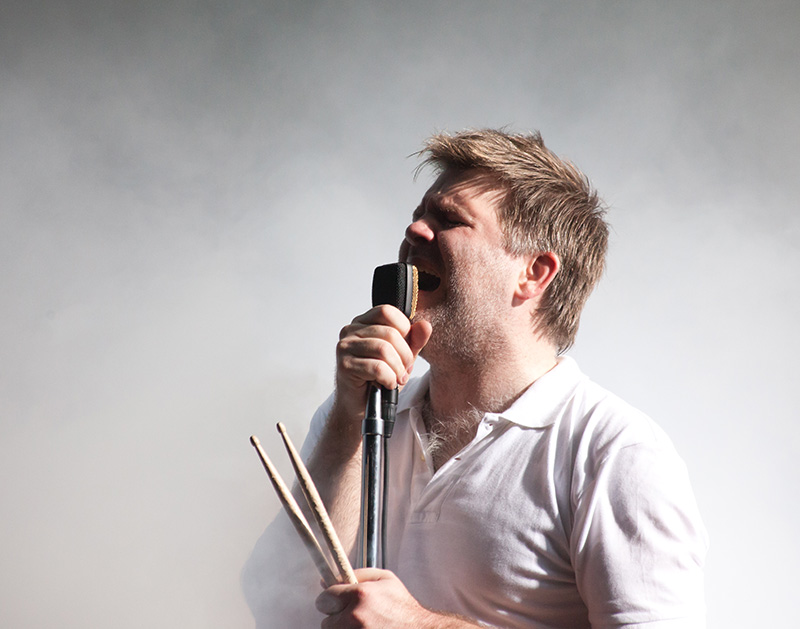 Turn It Up With LCD Soundsystem At The Bomb Factory, Celebrate Dia De Los Cocineros At Double Wide And Catch The 1922 Classic Nosferatu At Texas Theatre.

So it’s time for another lucky winner to take home the Central Track Baller Pack!

This month’s Baller Pack includes tickets to Jay-Z next week, Fall Out Boy, The Used and HIM. The winner will also win tickets to Oaktopia Music Festival, a Dallas Mavericks game, shows at Trees, the soon-to-be-open Canton Hall and House of Blues.

Not only that, but the Pack also includes dope food prizes from Sassetta, Bowls & Tacos, Brick & Bones and The Wheelhouse. Plenty of other goodies features, so make sure you sign up.

Registration ends this Thursday, so be sure to sign up and maybe you’ll walk away with all these prizes we lined up for you. Now that you’ve registered, feel free to peruse this list of shows and events going on tonight and your week off to a running start. — Obed Manuel

Households at The Prophet Bar
Since its formation in August 2013, Household has altered its sound and incorporated progressive sounds into performances. Continuously getting better, the band is one to keep an eye on. With openers ADJY, Never Friends, Brave Days and Walking Misery — LK

Nosferatu with Live Score From The Invincible Czars at Texas Theatre
The Invincible Czars, Austin native band that thrives on adventure, will be bringing a modern score to the 1922 German silent film Nosferatu. With music from classics that were composed in a similar era to the film, the classic sound will echo through the whole performance. — LK

LCD Soundsystem at The Bomb Factory
Well known for the popular 2002 released EP, Losing My Edge, the group has become one of the top indie pop bands in the scene. Their sound consists of electronic beats, unpredictable clatter, yet somehow creates a unified sound. Lead member James Murphy has been named one of the coolest people on the planet by some. Head on over tonight and see if that’s true. Either way, you’re gonna have fun. — LK

LCD Soundsystem Official Afterparty at It’ll Do Club
LCD Soundsystem’s Pat Mahoney and Tyler Pope will take the decks at this official after party. Tickets are only $10. Get on it. — OM

Movies That Should Be Musicals: Practical Magic at The Wild Detectives
After the success of “Movies That Should Be Musicals: A League of Their Own,” The Wild Detectives are at it again, this time with a discussion about the Halloween-themed film, Practical Magic. Enjoy the Halloween-eve with this freakish screening, good people and an inviting space. — LK

Uncommon Ramen Featuring Julian Barsotti at Top Knot
With Chef’s Alex Astranti and Barsotti of Carbones Dallas in the kitchen, your taste buds are not to be dissapointed. Though details are not yet released, the menu will contain special edition items such as rame, japadogs and drink pairings. A portion of proceeds from the items will go towards Hurricane Harvey Relief efforts. — LK

Songwriter Round With Parker Twomey at Opening Bell Coffee
Featuring artist Mitchell Ferguson and Chris Milam, and possibly a few more unnamed, come enjoy a laid-back evening with new talent. The audience will have time to ask the artists questions and participate in a discussion. So speak up! This is a safe space. — LK