Things To Do In Dallas This Labor Day Weekend. 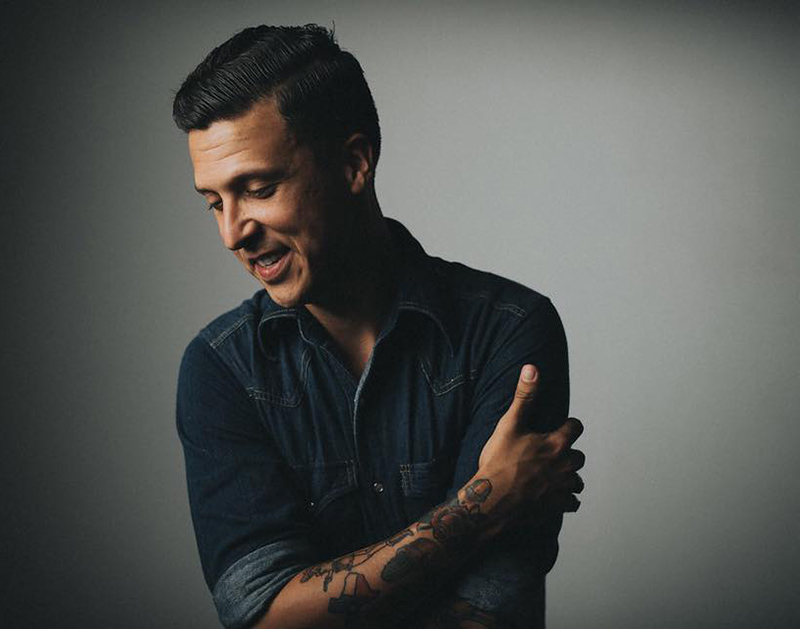 It’s been a busy week here at Central Track. We’ve been busy helping coordinate with 40 Dallas businesses for the September 6 when these businesses will be donating 20 percent of their

But we haven’t stopped churning out the content you know and love. For example, we wrote about how you can getting around without using too much gas by just riding DART around the city this Labor Day weekend.

We also brought you the sad news about Tomi Lahren being hired by Fox News, which means she’ll be leaving Dallas to do her gig regularly spewing skewed facts on the fair and balanced Fox News talk shows. And there was also the news that Arlington rapper Tay-K’s “The Race” continues climbing the Billboard Hot 100 and now sits at No. 49.

And finally, we’ve put together this list of cool things you can do starting Friday all the way through Monday. So feel free to peruse and use this list to plan this three-day weekend ahead. — Obed Manuel

BrewHaHa Date Night at Community Beer Company
A live dating comedy show. But the winner doesn’t get to see the comedian they win a date with. Instead they’ll have to settle for listening to jokes. Hey, at least they”ll get a laugh out of it. — OM

Hellzapoppin Circus Sideshow at Gas Monkey Live
Hailed as “The Greatest Show in Hell” — it seems the second greatest show in hell is Lucifer’s rhythmic jazz routine — Hellzapoppin is a reinvigorated vaudeville act and freakshow. It’s a circus sideshow act that promises a Swedish Sword Swallower, a Torture King and something called “Mr. Buggles the Wonder Dog.” — Chelsea Upton

Tab Benoit at Granada Theater
Benoit’s a Cajun boy through and through, and the bluesman’s born-on-the-bayou upbringing really comes through in all aspects of his life, from his southern-influenced sound to his lifelong efforts to preserve the swamp lands of his native Louisiana. — Cory Graves

Down With Picnictype at Off The Record
Only every first Friday. — OM

Solice at Curtain Club
The Arlington alternative rock/metal band draws influence from groups like Korn, Flyleaf, Alice in Chains and Tool. So you know what sounds to expect as you headbang along to their jams. — OM

Midnight Madness: To Wong Foo, Thanks For Everything at Inwood Theatre
This 1995 film stars Wesley Snipes, Patrick Swayze and John Leguizamo as drag queens racing to make it in time for a national drag queen competition. Laughs abound. — OM

Matthew Dear at The Nines
The avant-garde pop music maker stops in Dallas on a night when he’ll likely be dipping into his Matthew Dear and Audion bag 0f goodies. Get ready to rage like a pop star. — OM

Like Water For Chocolate at The Modern Art Museum of Fort Worth
Experience this story about love, desire and sexuality as part of the Modern’s ongoing Film Feast Series. — OM

Performance 35mm at Texas Theatre
Pearl Earl, George Quartz and Big Bill give a Behind The Screen performance after the screening of this film about fantasy, reality and gender-bending roles that stars Mick Jagger and James Fox. — OM

Slaves at RBC
This show was originally scheduled to take place at The Dirty 30, but instead it’s been combined with Out Came the Wolves’ show at RBC. Secrets, Picturesque, To Live Again and NU-95 open the show. – OM

Snackin Waggin at Halal Guys Greenville Avenue
Your dogs have been patient with you this week, so stop by Halal Guys and get some tasty cuts and stop by the Snackin’ Waggin’ and get those furbabies some healthy helpings of meat. — OM

Brave Little Howl at The Prophet Bar
These locals play songs that are reminiscent of Wilco and the Beatles with an Americana, indie rock spirit. Space Munk and Safety Meeting also perform. — OM

Grits & Biscuits at House of Blues
E.Z.Mo Breezy brings this Dirty South party back home to the Dirty South. — CG

Friday Night Block Party at Dallas Farmers Market
There will be live music from 6-9 p.m. and an oyster happy hour served by Rex’s Seafood from 3-7 p.m. — OM

TWRK, Fight Clvb at Stereo Live
TWRK’s 2015 breakout hit “BaDINGA!” has more than 60 million plays on YouTube. And they’re about to add another replay when they get things poppin’ at Stereo Live. Free entry from 9-11 p.m. with RSVP. — OM

Labyrinth, Dark Crystal at Coyote Drive-In Lewisville
It’s David Bowie with a night of two movies dealing with grandeur and fantasy and magic. So yeah, pretty much just a Bowie show. — OM

Adam Torres at Main at South Side
It took 10 years for Adam Torres and his band to put out a new album, but they finally ended that drought with 2016’s Pearls To Swine, an album that showed just how much Torres has grown as a musician. So now you can enjoy his band’s old set of songs with their new ones.  Jake Paleschic and Claire Morales also perform. — OM

Advocare Classic: Michigan vs. Florida at AT&T Stadium
The start of college football season will be marked by this Wolverines-Gators matchup at the home of the Dallas Cowboys. Get there early and enjoy some live music performances from Reckless Kelly and Judah & The Lion. — OM

The Invasion Car Show #10 at Trees
For 10 years in a row, old school rides will line the streets of Deep Ellum. Gawk and admire the hard work and dedication the vehicle owners have put into maintaining and rebuilding these machines. — OM

Emo Nite at RBC
If you’re still not sure what Emo Nite is all about, but you really want to go, check out these photos from another Emo Nite party earlier this month. — OM

Locked & Loaded: From Beyond, Bargoyles, Marianna’s Web at Armoury D.E.
If it’s free, it’s for me…

Monthly Cidery Tour at The Cidercade
Play video games after you tour the cidery and the sip on some adult apple juice, you know, as adults do. — OM

Viva’s Burlesque: Saturday Morning Cartoons at Viva’s Lounge
No, this one is not actually on Saturday morning. Instead the Viva’s Burlesque performers will don costumes and outfits that are reminiscent of your favorite childhood cartoons. Some would say #ChildhoodRuined, but really, it’s more like #ChildhoodEnhanced. — OM

Chilldren of Indigo at Sundown at Granada
Funk can sometimes get a bit stagnant, dipping far too low into a jam and staying there. But Chilldren of Indigo mix up their brand of funk with some hip hop and steady vocals that keep their tunes going. See what we mean at this show. Show is 17 and up. — OM

The Big Show Car, Truck and Bike 2017 at Dallas Market Center
This two-day show will feature trucks, cars and bikes of all types. Whether they are custom-built or brand spanking new, you can drive through and show off your ride. The show benefits Toys For Tots. — OM

Three Days of Labor Day Celebrations at Dallas Arboretum and Botanical Garden
The Roof Raisers will be playing classics from The Beach Boys and Jimmy Buffet at this three-day Labor Day celebration with specials like $2 hot dogs and buy one, get one free beer or wine. — OM

GBH, The Casualties at Three Links
Turns out, GBH isn’t just a logo you see patched onto punk-as-fuck denim vests! Go figure, huh. Real talk, though: English street punk outfit’s been going for some 37 years now, giving zero fucks all along the way. Is the band a little bit longer in the tooth these days? Sure. But, whatever, respect your elders, man. Respect your local ties, too: The band’s 2014 LP Cruel and Unusual was released by Dallas’ own Idol Records. — Pete Freedman

The Icarus Account at The Prophet Bar
The brother duo stops in Dallas with its soft vocals and acoustic sounds. It’ll be like a coffee shop session but at The Prophet Bar instead. City Under Siege and Beneath The Waves also perform. — OM

American Aquarium at The Granada Theater
Back in 2015, the North Carolina-bred country rockers released their sophomore long-player, Wolves. After burning through over 20 different bandmates, the album is one that finds the band’s hard-partying, road warrior frontman B.J. Barham finally locking down a more solidified lineup. At least you won’t be drinking alone tonight. — CG

Top Ten Records Offical Re-Opening
The Oak Cliff institution known for pushing Tejano, metal and hip hop reopens its doors after reorganizing as a nonprofit where CDs, Blue Ray discs, tapes and VHS tapes can be checked out. Celebrate with tunes and free beer. — OM

Hug Life Featuring Red Eye at It’ll DO Club
DJ Red Eye will be spinning all the techno, house music and disco at this party where hugging is allowed as long as you ask first. Better yet, just dance. — OM

Riff Throwdown at Double Wide
Wo Fat, Vermilion Whiskey, Orthodox Fuzz and The Infamists will all take the stage at this mostly North Texas local showcase. — OM

Deep Ellum Mimosa Walk
Don’t even talk to us until we’ve had our mimosas. Sign up at Life of Riley’s and receive your sampling glass. From there on, you walk and it’s Mimosa City all over. — OM

All White Party with RC & The Gritz at Club Dada
Five bucks gets you in to this party where it’s all white everything, from your kicks to your shirt. — OM

East Side Four-Year Anniversary at East Side Denton
Celebrate four years of this Denton staple. Sip all the beers and drink all the whiskey. A perfect way to close out that first week of school. — OM

Michael Cheney’s Bday Bash! With Lizzie Boredom, Kill Vargas at Armoury D.E.
The birthday boy picked out the bands himself for this one. So get down there and celebrate with the guy. Even if you don’t know him, it’s free and you can’t beat free. — OM

All Kendrick Lamar Everything at RBC
Thejohnstewart and Blue, the Misfit. will be doing live DJ sets at this celebration of all things Kendrick Lamar. Five bucks with an RSVP gets you in. — OM

All White Everything at Andy’s Bar
The first 50 visitors at this party will receive gift cards. But remember, you gotta show up looking like a  member of the Backstreet Boys in the “I Want It That Way” music video. — OM

Mostly Martha at The Modern Art Museum of Fort Worth
Another installment of the weekend’s Film Feast Festival at the Modern. This film tells the story of a chef who takes in her eight-year-old niece and struggles to win her favor until an Italian sous-chef arrives with tasty recipes to save the day. — OM

Switchfoot, Lifehouse at South Side Ballroom
This show was originally supposed to take place at Irving Music Factory, but as we reported earlier this week, that venue is not opening this weekend. But you’ll still be able to sing along to “Hanging By A Moment” and “Dare You To Move.” — OM

Corey Kilgannon at The Kessler
The release of Corey Kilgannon’s 2016 album I’ll Be Here When The Moon Is Tired was preceded by a musical tour with his heroes, the death of a friend and a broken back, so you know the singer-songwriter’s already-powerful tunes carry so much more weight than before. — OM

Ryan Hutchens at Opening Bell Coffee
The fiercely independent Hutchens is working on raising money to put out his latest album, The Last Ten Years, sometime this fall. While it’s not fully available for streaming, he might just play a few new tunes from that album Monday night for those lucky few in attendance. — OM

Brandy Zdan at The Rustic
The Nashville singer plays brings her pop rock tunes to Uptown. Treat both your appetite and ears to a feast. — OM

Diamond Cut at Ten Bells Tavern
What better way to spend Labor Day than with greasy food, solid drinks and some live tunes? Get it. — OM