Look At These Idiots Going Nuts Over The “Gas Shortage.” 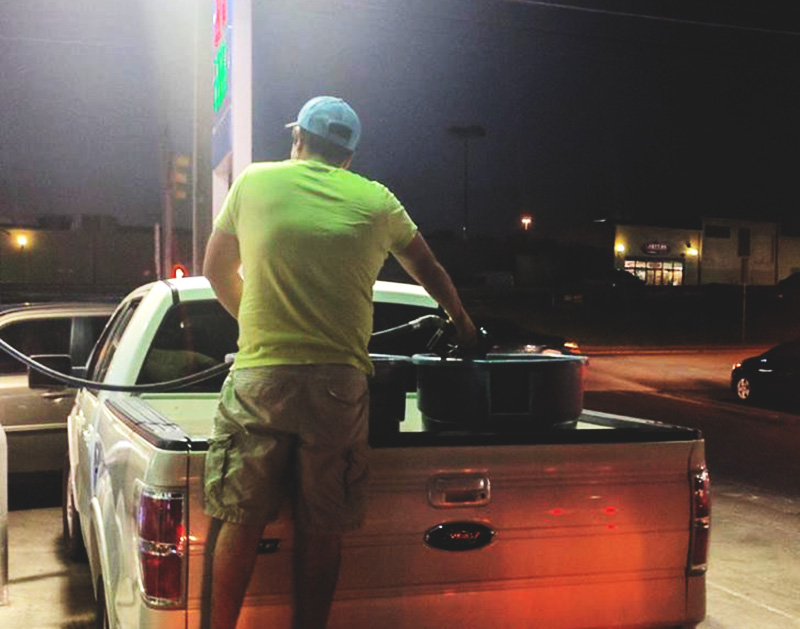 Let’s all say it together now: There is no fuel crisis in Texas.

Not here in Dallas. Not in Austin, either.

What happened yesterday in the wake of some early media reports getting super hyped up on social media was far less a study in American petroleum reserves and far more a lesson in supply and demand.

See Also: Just Ride DART If You’re That Freaked About A Gas Shortage. // Worried About Running Out Of Gas This Labor Day Weekend Or In The Next Two Weeks? Boy, Have We Got A Solution For You, Dallas!

Yes, of course if everyone heads out at once and creates a run on a product — as many of us indeed did at gas stations yesterday — that product’s supply is naturally going to take a temporary hit. And, sure, we may be feeling the repercussions of that for the next few days as gas companies scramble to replenish their stations’ tanks.

But, again, there is no gas shortage. So everything is going to be OK.

Unless, y’know, maybe it isn’t.

Here’s the thing about yesterday’s run on gas here in North Texas: Far more frightening than the prospect of running out of gas for a few days was the behavior exhibited at area pumps as people freaked the fuck out and did all they could to get their hands on some gasoline.

Seriously, just take a gander at some of what we we found circulating around social media over the course of the last 24 hours’ rush: 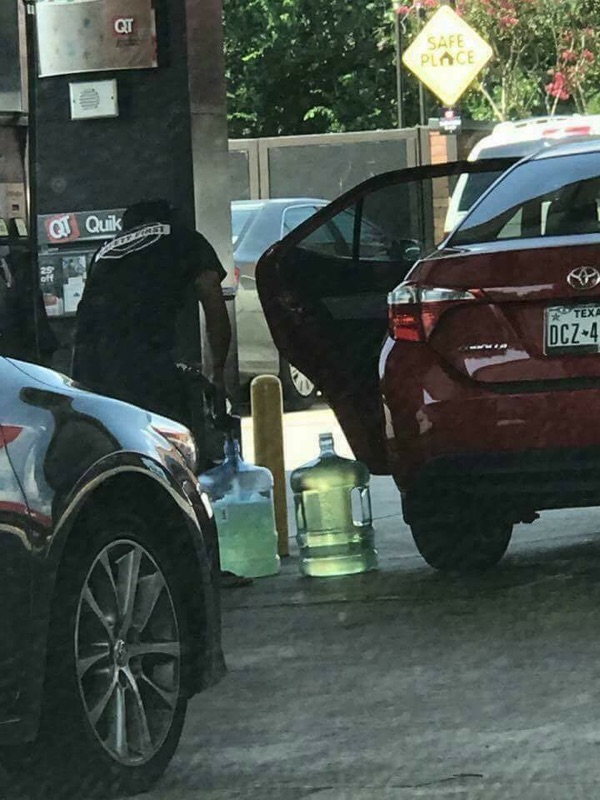 Note that the above guy’s shirt says “Safety First!” on its back. Ugh. 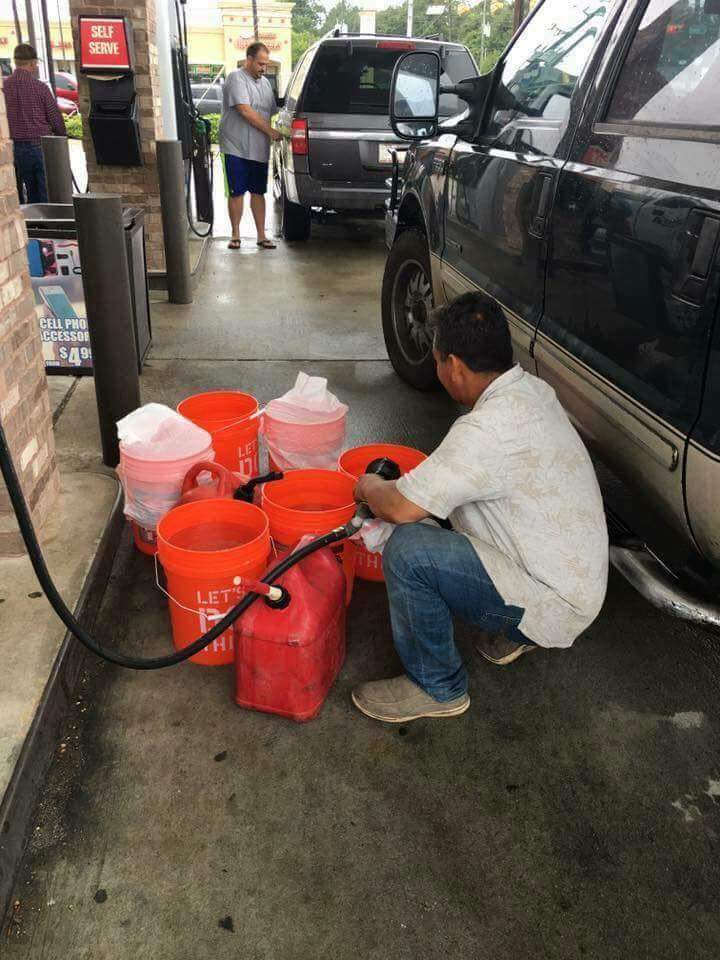 That right there is a solid argument for Home Depot changing its slogan to “Let’s maybe not do this?” 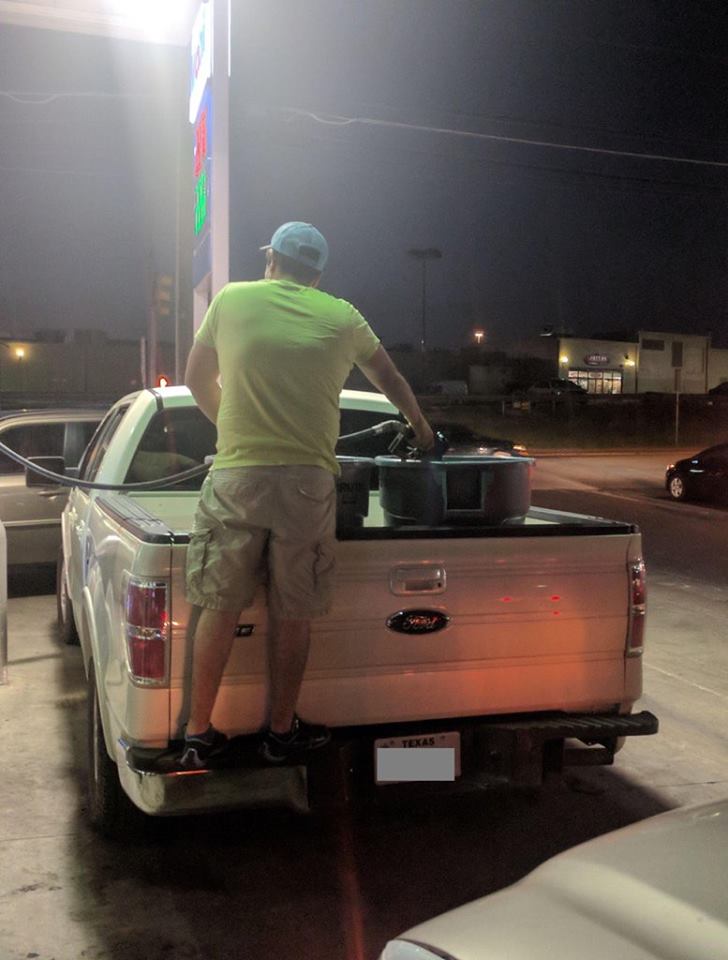 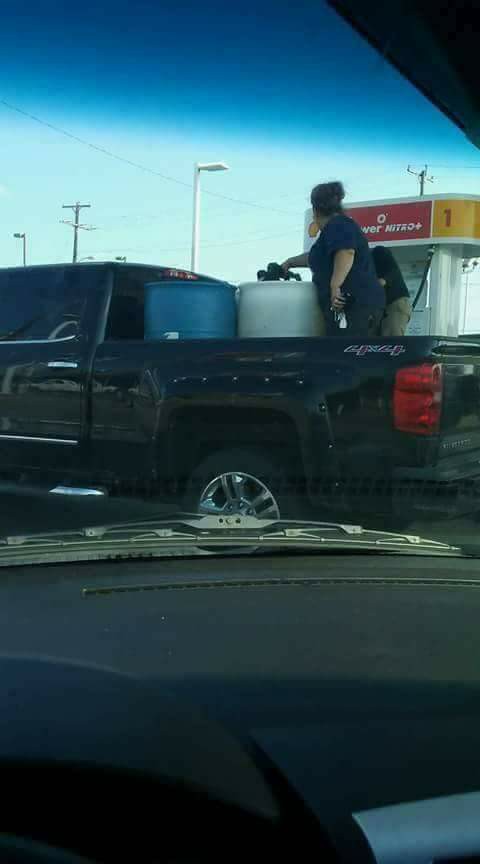 Not only embarrassing, but, uh, probably criminal?

This shit is embarrassing as hell, y’all.

Granted, we’ll concede that it’s difficult to determine the veracity of these photos — whether they’re all from North Texas or, hell, even if they’re all actually from yesterday’s events and not just old photos recirculating due to yesterday’s trends.

But, lest you didn’t already believe as much heading into yesterday, the point remains: Humans can be complete garbage sometimes.