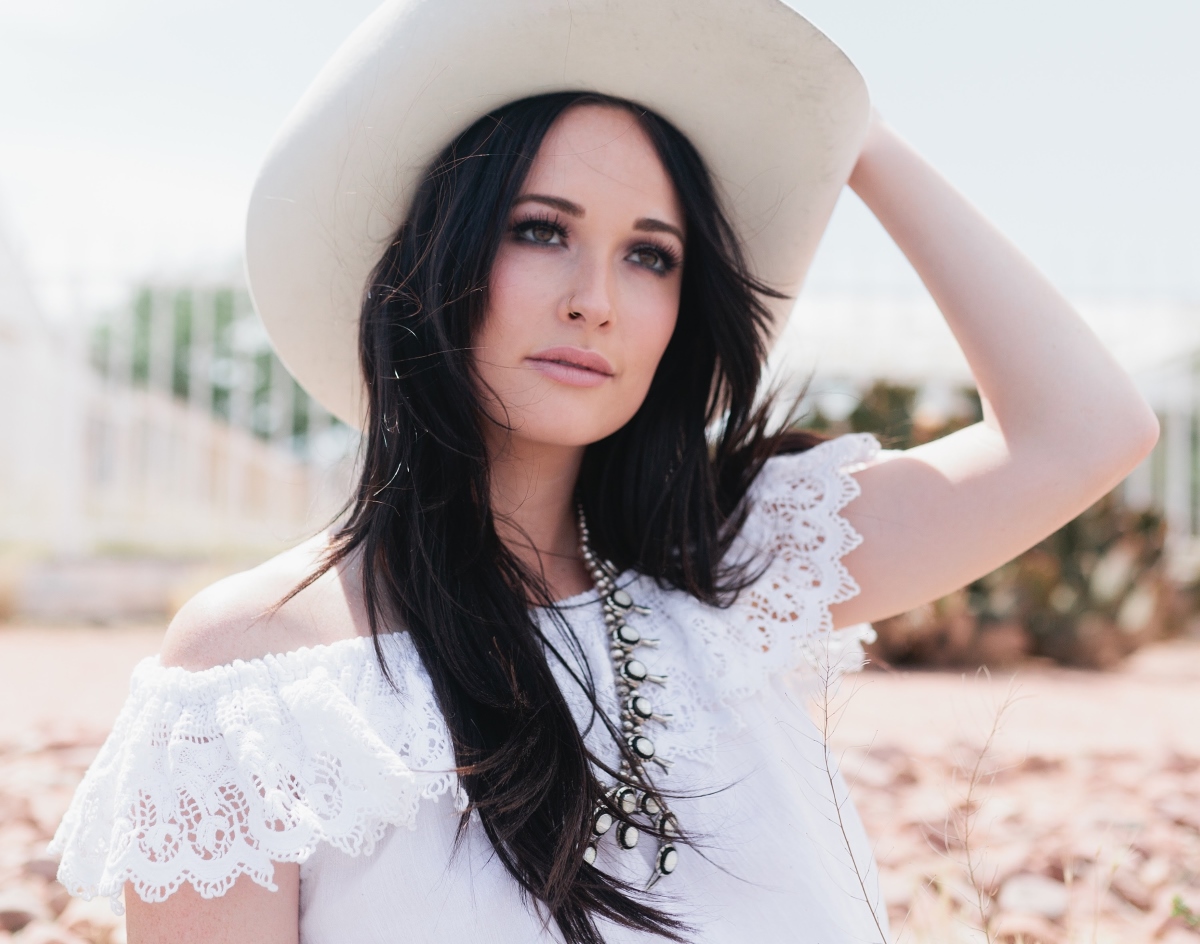 Say You Want a Revolution.

Earlier this week, the US Senate voted to overturn a rule which previously prevented internet service providers from selling consumers’ browsing history to third parties without their consent.

So What?! Music Festival in Deep Ellum
For its tenth anniversary, So What?! is taking over six stages in Deep Ellum on Friday, with shows at The Prophet Bars, Trees, Curtain Club, Dada and Reno’s. Highlights from those include Power Trip’s album release at Prophet, and an early Forever the Sickest Kids reunion at Trees. — CG

Deon Cole at Arlington Improv
Deon Cole is a stand-up comedian and comedic writer. He is most well known as a writer for Conan, but he’s not the one to blame for the show not being that funny anymore. Other than that, you can currently see him on Black-ish and Angie Tribeca. — Paul Wedding

Bill Nye at UT Dallas
Sorry, but only current UTD students are allowed to attend. No general public. No exceptions. — CG

Madame Butterfly at Winspear Opera House
Weezer’s second album sure makes a lot more sense once you’ve seen this Puccini opera. Did for us, anyway. — CG

Vince Giordano: There’s a Future in the Past at Texas Theatre
The saxophonist/bandleader of the Nighthawks Orchestra — as heard on the Boardwalk Empire soundtrack, among other places — is the subject of this documentary. He’ll be on hand at the screening, not only to participate in a Q&A, but to sit in with the Singapore Slingers for a live performance! — CG

The Maltese Falcon at Inwood Theatre
Fans of the classic film noir genre rejoice! Join Humphrey Bogart and Mary Astor in a tale of deception, love and greed. This 1941 adaptation of Dashiell Hammett’s novel of the same name is directed by John Huston and was nominated for best picture and best screenplay at the 1941 Academy Awards. — Diamond Victoria

Chubby Checker at Arlington Music Hall
Let’s twist again, like your parents did one summer sometime in the past century. — CG

Super Duper Kyle at The Loft (Two Shows)
The millennial rapper may be super referential to ‘90s cartoons and one-hit wonders from that decade that he oft samples, but he’s also a breath of fresh air. He doesn’t rely on many of the angry and/or misogynistic tropes you find so often in most rap. He’s just an extremely happy dude rapping about being happy and wanting those around him to be happy. Uplifting! — CG

Vanessa Carlton at Granada Theater
What ever happened to Vanessa Carlton? She kicked off her career with one of the songs of the aughts. The single helped make her debut album platinum and has been played in countless TV shows and movies. Play “A Thousand Miles” at any party and it’s almost guaranteed that everyone in the room is going to sing along. Flash forward almost 15 years later, Carlton is playing the Granada and hasn’t had a single hit since. Some of her later songs are pretty good, too. Hopefully audiences will be polite and let her play some of those and not just shout at her to “Play that song from White Chicks!” all night. — PW

Soundslike: The Come Up at Wits End
The roof will be on fire when the under-used Wits patio gets lit up with DJ sets from the Trillwave boys, with help from A1, Feezy, CHRS ROZE, Trailer Swift and Genova. — CG

MTV Re:Define AFTER PARTY at Dallas Contemporary
The sixth annual gala and art auction is sold out, but tickets to this after-party are still up for grabs. Share the dancefloor with local socialites and minor celebs whilst donating some Benjamins to a global HIV prevention and awareness charity. — CG

Texas Pinball Festival at Frisco Convention Center
Relive one of the cornerstones of the ’80s this weekend and play some pinball. There’s going to be tournaments going on, as well as several other classic arcade machines and an outside flea market filled with game memorabilia It’ll look something like this. — PW

SHINee World V at Verizon Theatre
K-pop is one of those ubiquitous genres that only appeals to a very, very specific market. Still, it’s hard to deny the still-growing popularity of the genre; which has broken numerous social barriers with its emphasis on sensory overload and squeaky-clean pop aesthetics. It’s even reached an arena-level status in the states. SHINee is the latest K-pop outfit to fill that demand. It plays the Verizon Theatre once again this weekend. — Calvin Cashen

Braids & Beats at The Stoneleigh
Catching a DJ set from Blake Ward isn’t exactly a tough thing to do around Dallas. The DJ is a fairly ubiquitous presence around town thanks to his weekly parties (Saturdays for Glamorama at Beauty Bar, Sundays for Jamz at Double Wide) and various fashion and society gigs on top of those. But his recent pop-up parties at the fancy Stoneleigh offer up something different entirely. See for yourself some of what you can expect here. — Pete Freedman

Margo Price at Kessler Theater
Put a hurtin’ on the bottle with Third Man-signed outlaw country star Margo Price, one of the few in the genre currently keeping it real. A real firecracker. — CG

So What?! Music Festival at AirHogs Stadium
Day Two keeps rolling along with headlining acts like Mayday Parade, Attila, We the Kings, Pouya and dozens more. — CG

#214Selena – A Dallas Tribute to Selena at Country Burger
Always one of the most anticipated events of the year, the annual tribute party to the Queen of Tejano will once again include look-alike contests, an art show, a lowrider show and so much more. And because a full day isn’t enough Selena celebrating, the Faded Deejays will throw an after-party at Dada. — CG

Aaron Watson at Billy Bob’s
The ”underdog” country superstar made history a couple years back when he became the first independent artist to debut on top of the Billboard Country Albums chart. He plays by his own rules, calls his own shots. It is sure working for him. — CG

Electric Six at Gas Monkey Bar N’ Grill
The creators of such weird, fun party jams as “Gay Bar,” “Dance Commander” and “I Buy the Drugs” come to Dallas for this one. — Trace McCaslin

Excision at South Side Ballroom
As a music journalist — or something vaguely resembling one, anyway — the biggest tip-off that you’re reading a press release from a dubstep producer is when four paragraphs are spent describing the awesome power of the lasers they’re packing, and maybe a sentence or two about what the music actually sounds like. Anyway, this Canadian-based duo apparently owns a 420-square-foot screen capable of 3D projections, a 150,000-watt sound system and industrial grade fog machines. Oh, and lasers. Lots and lots of lasers. — CG

Judy Collins at Granada Theater
Folk rocker Judy Collins is well-known for her piercing blue eyes — eyes that inspired her former lover Stephen Stills to pen “Suite: Judy Blue Eyes” about their impending breakup for his folk rock outfit Crosby, Stills and Nash. And in her 76 years on this planet those eyes have seen some shit. She was around for the Woody Guthrie-led original folk revival of the ’60s, has lived through Polio, tuberculosis and bulimia and six decades of political and social activism. — CG

March For Respect at Main Street Garden Park
A one-mile walk to raise awareness/promote the idea that Dallasites living with mental disabilities deserve to be treated with respect. — CG

Underwear Bike Ride at Red Star Bicycle Shop
An event that can best be summed up with a Blink-182 album title and some Queen lyrics – take off your pants and jacket, get on your bikes and ride. — CG

Fort Worth Zine Fest at Shipping and Receiving
Hey DIY folk and art types, it’s another homemade zine buy/sell/swap fest. Is it just us, or have zines really been making a huge comeback in the past few years? — CG

Locked and Loaded at Armoury, D.E. (Free)
The always free, always dependable weekly booking is back with yet another fantastic bill from top to bottom, including live sets from Sudie, Secrecies and Rosegarden Funeral Party. — CG

An Evening With Whit Stillman at Texas Theatre
The Parisian director is flying in to screen and discuss a couple of his films, 2016’s Love and Friendship and 1998’s Last Days of Disco, both of which co-star Kate Beckinsale and Chloe Sevigny. Fittingly, a disco party follows. — CG

Big Squeeze 2017 Showcase at Encore Park Community Garden
An accordion talent showcase featuring a bunch of talented folks that don’t personally buy into the theory that the only difference between an accordion and an onion is that nobody cries when you chop up an accordion. — CG

So What?! Music Festival at AirHogs Stadium
Day Three holds sets from The Story so Far, Dance Gavin Dance, Four Year Strong, Every Time I Die, and dozens more. — CG

Jazz Age Sunday Social at Dallas Heritage Village
Have you ever wanted to go back in time to the days of flappers, zoot suits and Tommy guns? OK, maybe not the guns part, but you can at least experience the Jazz Age through an event like no other in Dallas. Be prepared to wear your best white outfits, and have a picnic in the lawn. The Singapore Slingers will perform classic hot jazz numbers while you learn to do the foxtrot and Charleston. If there ever was a way to travel back in time, this is it. — Roberto Aguilar

Brain Candy Live! With Adam Savage and Michael Stevens at Majestic Theatre
The Myth Buster and the YouTube star invite you to a two-hour show involving science demonstrations delivered with their trademark theatrics. — CG

The Last Picture Show at Texas Theatre
This Lone Star legend is a tragic but often hilarious story about growing up in a nowhere Texas town in the ’50s. The cast is terrific top to bottom, including Ben Johnson and Cloris Leachman, who both won Oscars as the world-weary older generation who care about the young leads but still end up hurt by their selfishness. It’s really one of the greatest movies ever made. — Kip Mooney

John 5 at Trees
John William Lowery, guitar player from Grosse Pointe, Michigan, has played with everyone from Rob Zombie to Meat Loaf. In fact, he earned the name John 5 after becoming the fifth replacement member to join Marilyn Manson. Also, he says, it refers to a passage in the Bible. Take your pick. Either way, lovers of prog rock and/or alt-metal probably won’t want to miss this one. — Lauren Rushing

Shawn Mullins at Kessler Theater
Do you think he’ll play “Lullaby” at this show? He has to, right? C’mon. — CG

Patio Table Art Contest at Three Links
BYO Sharpie and draw on the wooden patio tables on Links’ back patio – with permission. It may not be as fun if you aren’t trying to be all sneaky, but you won’t have to fear getting busted either. — CG

Michale Graves (Solo) at Three Links
After your doodle-off out back, stick around for a solo set from the Misfits replacement singer. Ben McCracken of From Parts Unknown opens with a solo set of his own. — CG

Duct Tape Double Date! at Ruby Room
Perfect fitting clothes and costumes are hard, if not impossible, to find. Here’s a workshop where you’ll create a custom dress form fit to your exact body. And because it’s made of Duct Tape, it won’t cost hundreds of dollars. — CG