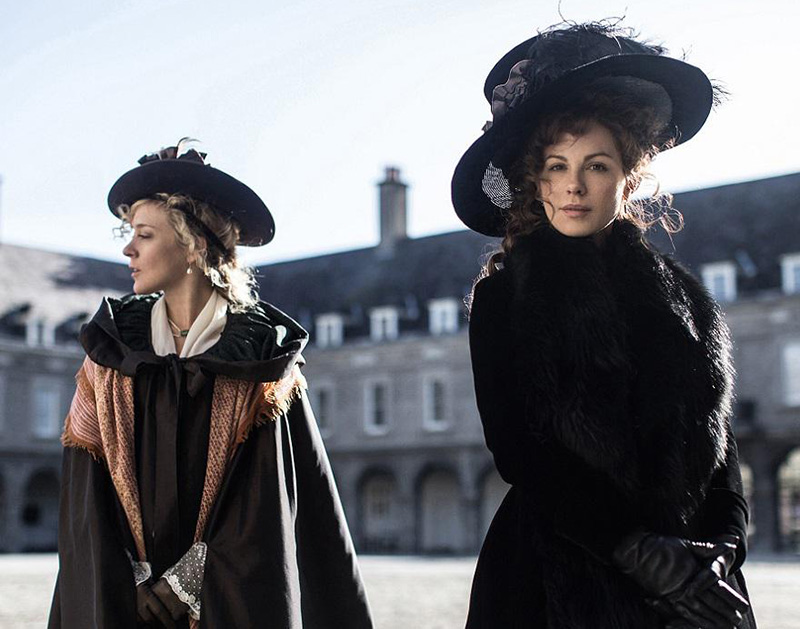 Before He Hosts A Double-Feature Screening Of His The Last Days Of Disco and Love & Friendship, Director Whit Stillman Tells Us The Secret To Second Chances In Hollywood.

His first film, Metropolitan, was nominated for the Academy Award for Best Original Screenplay. His next two movies – Barcelona and The Last Days of Disco – also got great reviews.

And then it all stopped. For almost two decades, he didn’t make another movie.

Then in 2011, his college comedy Damsels in Distress won over a new generation of critics, and his old champions were thrilled to have him back.

But the story doesn’t end there. Because, just last year, when the movie business had changed yet again, Stillman had his biggest success to date. Love & Friendship almost made more money than all of his previous movies combined, thanks to even more stellar reviews and a partnership with Amazon. If you haven’t seen it yet — and you should, it’s a delight — the Texas Theatre is showing it Saturday night as a double-feature with The Last Days of Disco. Between the films, Mr. Stillman himself will be on-hand to talk about both films. Afterward, a disco party will commence throughout the theater.

In advance of Stillman’s appearance in town this week, we exchanged emails this week to discuss his career, his Texas connections and his love of Jane Austen.

The Last Days of Disco and Love & Friendship wouldn’t seem to have a lot of similarities besides your direction and that they both star Kate Beckinsale. What commonalities do you see?
That they both also co-star Chloë Sevigny! You are right, but there is actually a Jane Austen line through both projects. Kate was cast off her performance in the film Cold Comfort Farm in which she plays a latter-day version of Jane Austen’s Emma character. Charlotte, the character in Disco, is a mean version of Emma, and Lady Susan Vernon in Love & Friendship is the humorously amoral version of the character.

Your great-great-grandfather founded Brownsville, Texas. Have you spent a lot of time in Texas over the years, or do you mostly stop in on press tours and such?
I’ve had a lot of trips to Texas – we recently had a family trip to Brownsville where my cousin Sandy Stillman is restoring several historic houses in the downtown area – and at various points I thought of living here: Austin, Blanco, Fredericksburg or Dallas.

What attracted you to adapt Lady Susan for the screen with Love & Friendship? What did you want to do differently to distinguish your effort from other Jane Austen adaptations?
That it was the funniest writing [Jane Austen] did, that it hadn’t been adapted before and that, in a sense, it had never been fully completed by her. Also, as a public domain work, there was not an option-clock ticking on the adaptation: I could take my time with it, though I had a scare when there was a competing project. I wanted to make it truly Austenian. A lot of the adaptations seem to be a “job of work” – or formula costume romance, or something “interesting” and wrong – by non-Austenians.

Obviously, any movie’s success is a combination of quality, hard work, timing and luck. But why do you think Love & Friendship became the biggest movie of your career?
Well, actually, according to BoxOfficeMojo, in real or constant dollar terms, Barcelona out-grossed Love & Friendship in North America, although abroad that only resonated in England. [Ed. note: Whit is correct. Adjusted for ticket price inflation, Barcelona made the equivalent of $15 million.] In both cases, the companies involved, Castle Rock and Amazon, gave the films big pushes. That is key. Perhaps most importantly, Jane Austen’s stories and characters are wonderful as film material, with broader appeal than my original stories, and with an established worldwide audience.

What were some of the challenges you had in finishing the adaptation of Lady Susan as a novel?
Making it come alive as a world beyond just the funny interplay between the Kate and Chloë characters, which is the main part of the novel. Some very funny British sketch comedy actors came into the project – such as Tom Bennett, Justin Edwards and Stephen Fry – for whom I wrote additional scenes inspired by what they were doing. That gave the film more male-appeal.

You seem to have a good rhythm going after what you referred to as your “director’s prison”? What helped you break through? How do you keep it going?
I don’t know why nothing worked out for 12 years and then things started going well. I’m very grateful to Amazon, to my Irish and French producers – and to Castle Rock and Sony Classics for bringing me back with Damsels in Distress.

Your Amazon pilot The Cosmopolitans is still in development as a series. Any word on when we’ll see new episodes?
No, but I’m meeting with them next week. I’m getting happier about the first several scripts and hope to submit them before long. The dream would be to start shooting some time this yearm but it’s entirely up to them whether it goes ahead at all.

What’s your next project?
Mum’s the word. That’s not actually the title.

Whit Stillman will host a Q&A between screenings of Love & Friendship and The Last Days Of Disco on Saturday, March 25. Head here for tickets and for more information.